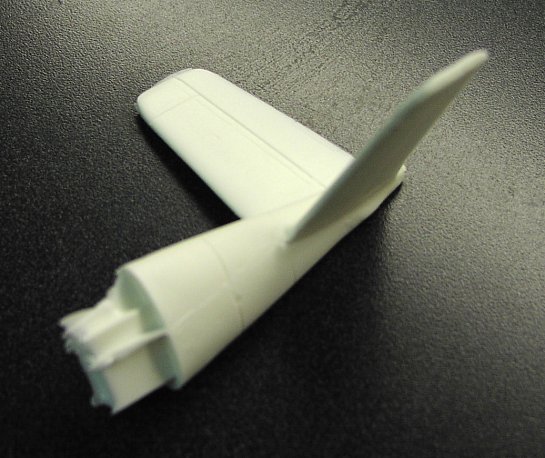 Every once in a while there is a conversion set that is simple but carries a huge punch. UMI's V-Tailed Bf 109G conversion is one of them. A very comprehensive set of research notes is quite welcomed, and gives the modeler a leg up on not only the history of the bird, but detailed notes on it's construction and intricacies.

The conversion is indeed simple and consists of a single cast resin piece replicating the full tail section from the 5th fuselage rib (aft of the wing) to the tail and featuring the distinctive "V" configuration for the two tailplanes. 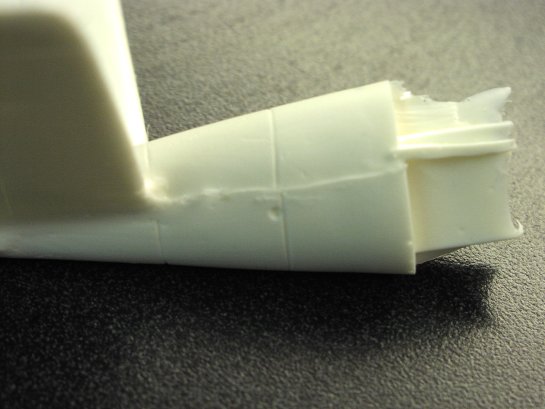 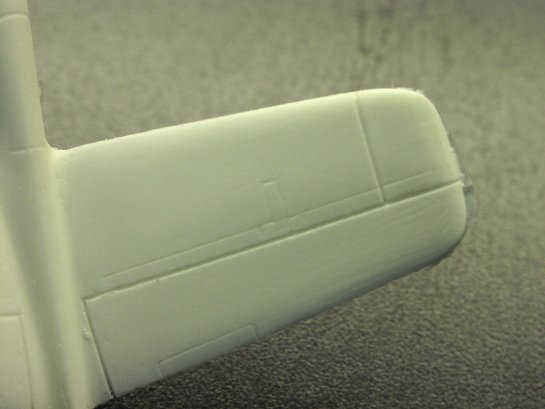 The mounting block is a bit rough as is the entire casting, however it mates up with the Hasegawa fuselage quite well after minimal cleanup. Some gaping is evident, and there look to be some panel line inconsistencies in the review sample we received. Nothing major though, and a clean up session followed by a touch of re-scribing will turn a week long scratch building effort into a one night affair. 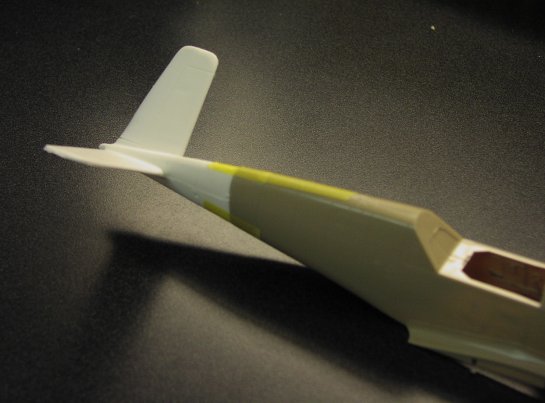 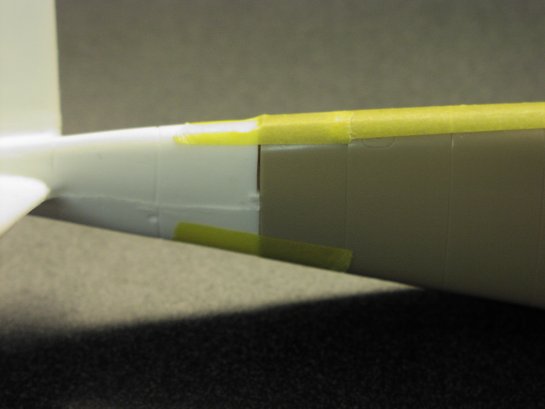 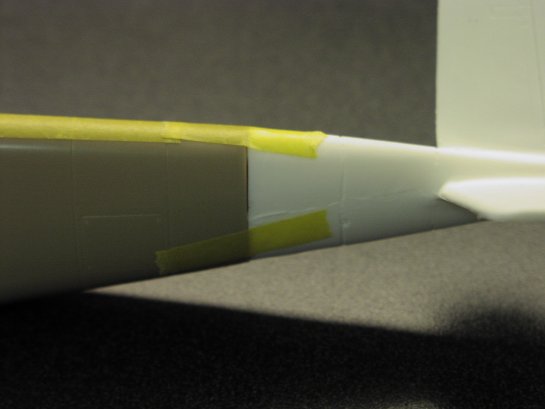 As a new manufacturer on the scene UMI has started out with an interesting set of conversions that we have not seen done before. This V tail Bf109 is quite unique and although there was only one example made limiting the modeler's choice on finishes, one cannot argue how striking the conversion will look when completed.

Thanks to UMI for the review sample.