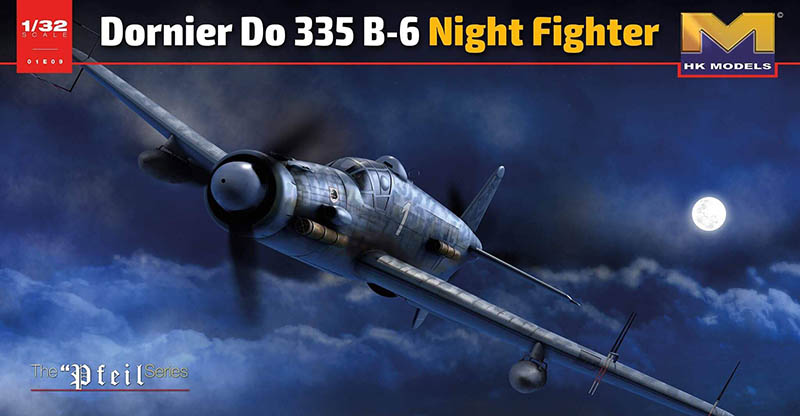 As you might expect, this new kit shares most of its parts with the previous releases in the series, and most of the sprue photos have been drawn from an earlier review of the Do 335A kit.

The kit contents comprise the following:

Everything is housed in protective plastic bags, though many of the smaller sprues are bundled together and bagged in groups. A feature of previous kits from HK Models has been the inclusion of some very large sprues, which of course makes sense given the large size of many of the company's chosen subjects. This is also the case with this kit. 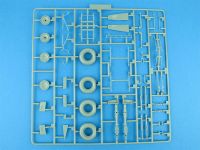 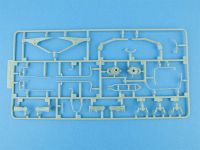 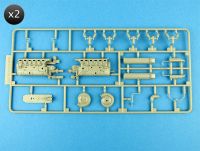 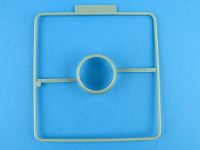 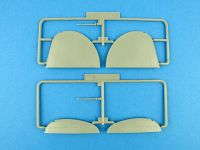 There is one brand-new sprue specific to this release, which features the new fuselage spine with a cut-out for the radar operator's station, along with the internal parts for the station itself: 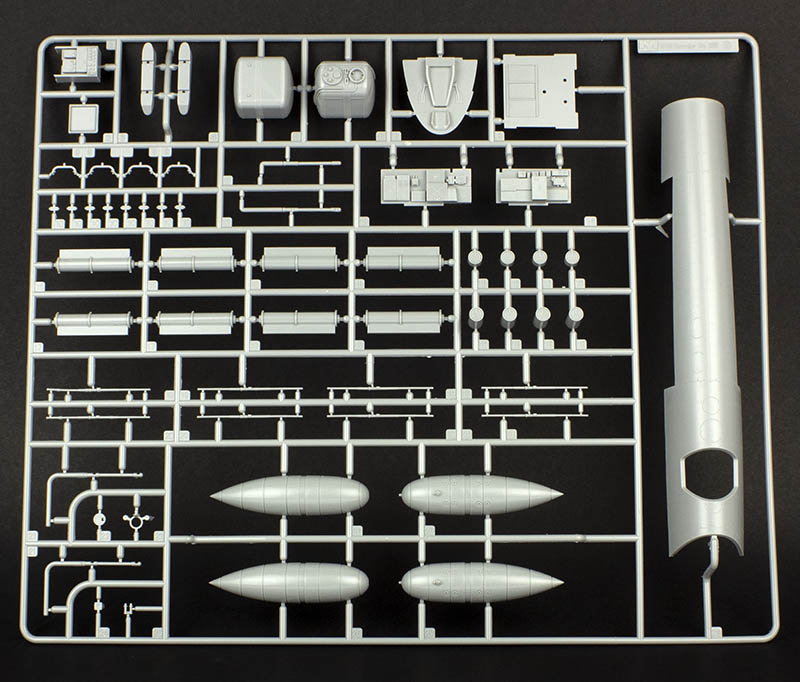 The rest of the kit features nicely-rendered mid-level detail, as per the previous two releases: 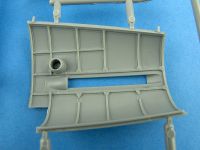 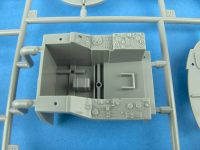 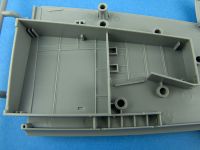 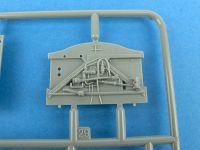 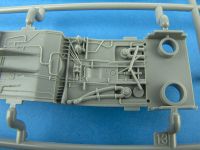 Surface detail is also very impressive, being clean, crisp, and suitably petite (bear in mind that the effect is exaggerated by the camera in the photos below): 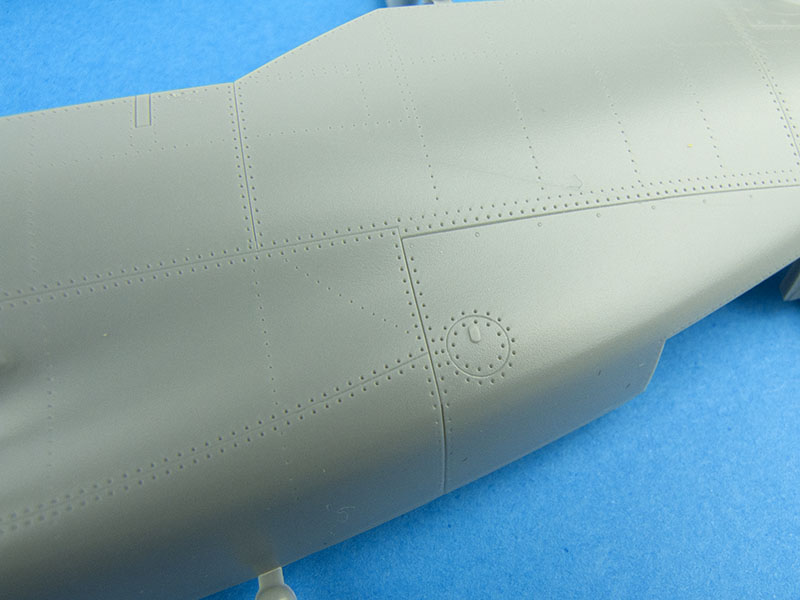 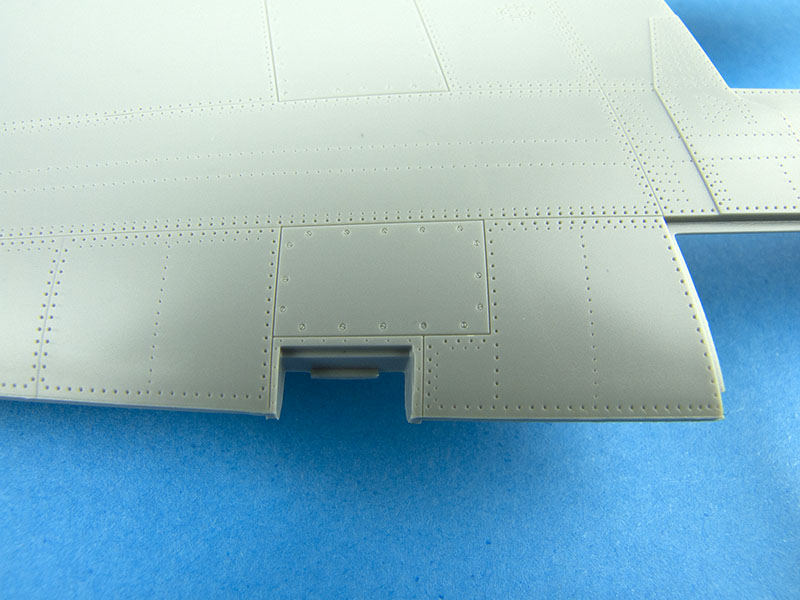 The clear parts come on two separate sprues, one containing the main forward cockpit canopy parts, and the other housing the new optional parts for the radar operator's station. 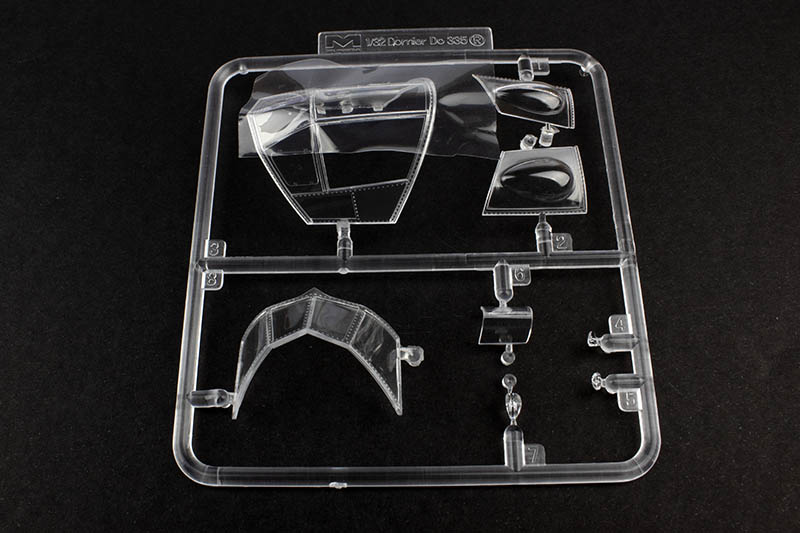 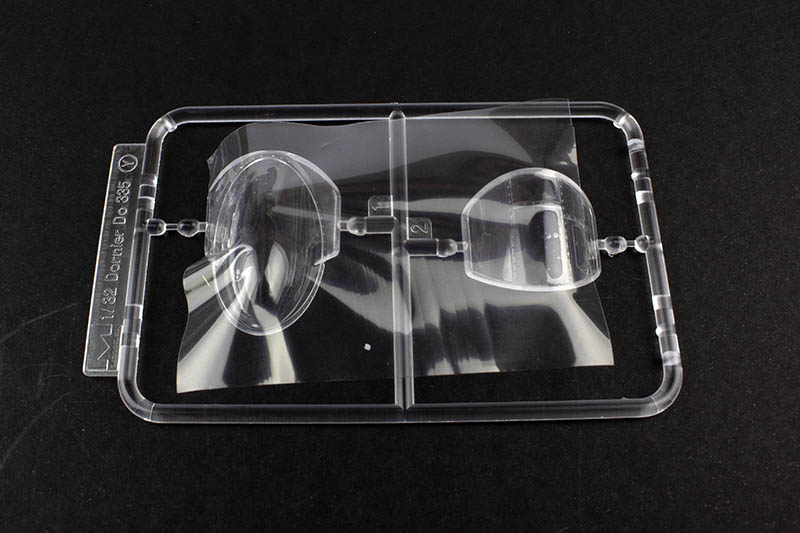 As you can see, the top surfaces of the canopy parts are protected by a piece of soft clear plastic, which is a nice touch. The bulbous part is for the projected in-service configuration, while the flatter piece represents French-completed M17 prototype.

The new parts feature the same impressive level of clarity as the earlier parts: 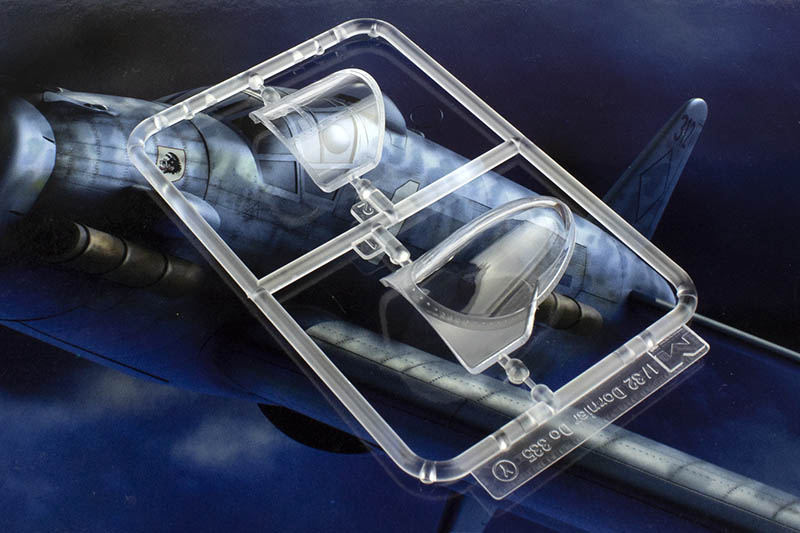 Two very small photo-etched frets are included, consisting exclusively of seat belts for the cockpit, and a grill for the rear of the ventral intake duct. The second fret is merely a duplicate of the first, in order to provide seat belts for the radar operator's station; the second intake grill is not required. The belts themselves are adequate, but may be better sourced elsewhere. 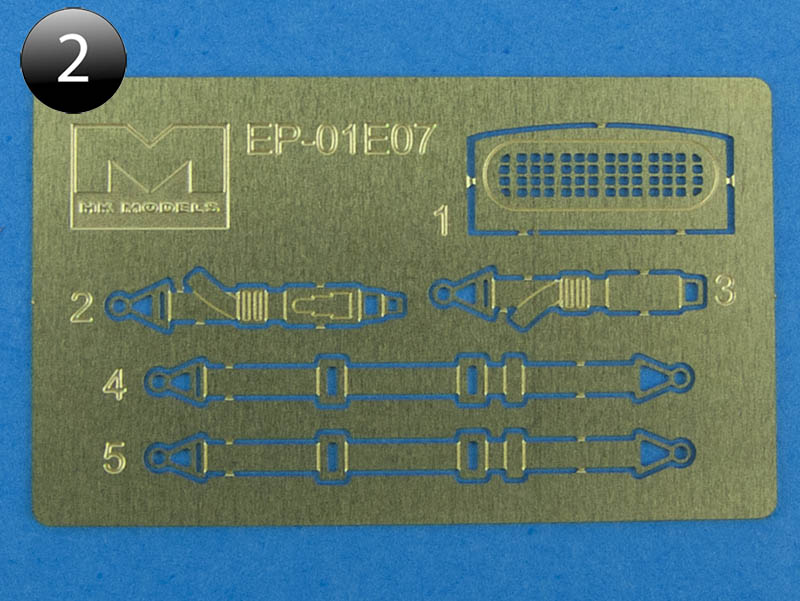 Of much greater utility are the two moulded nose weights to help prevent the model from sitting on its tail. One is designed to fit inside the forward engine block, and the other goes between the cockpit tub and the forward firewall. Both fit very well indeed in their designated locations, and do their intended job admirably. 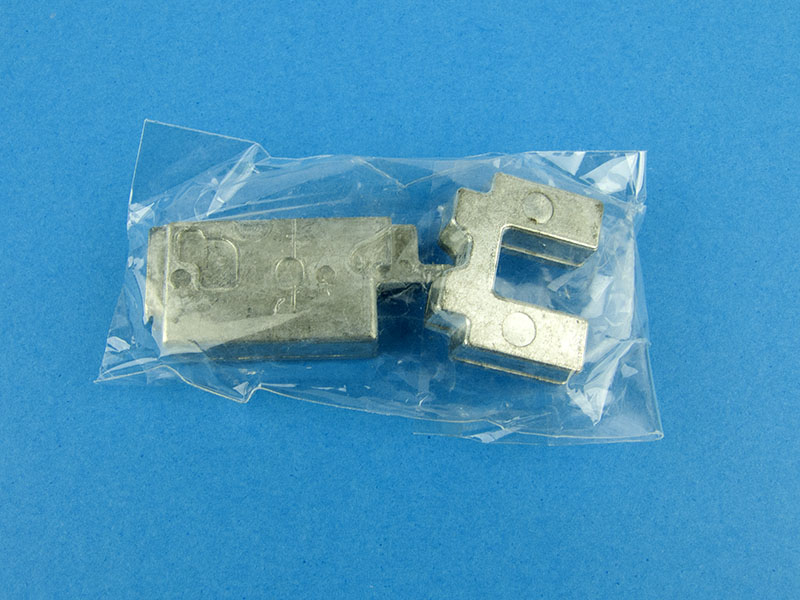 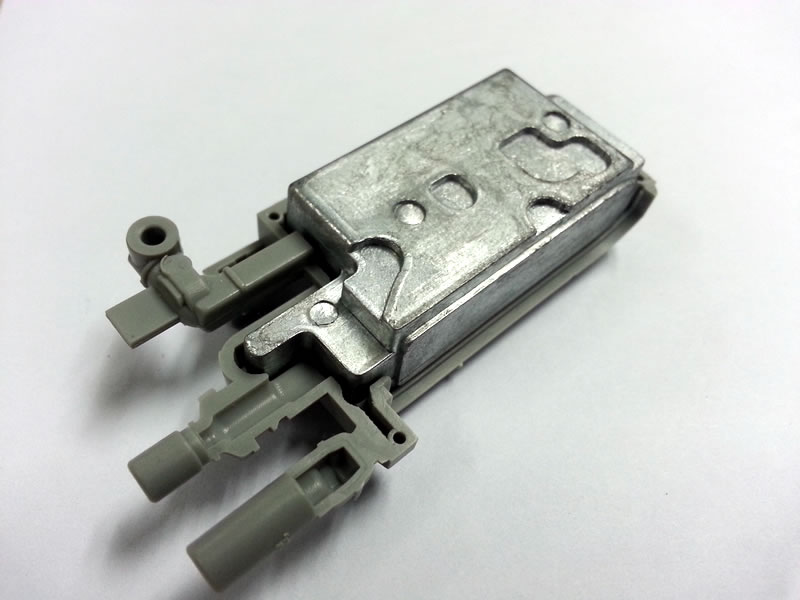 The decals in early kits from HK Models were not that great, but the earlier Do 335 kit came with decals printed by Cartograf, and so too does this one. These are basically aftermarket-quality decals, far surpassing what you get from most other mainstream kit manufacturers. 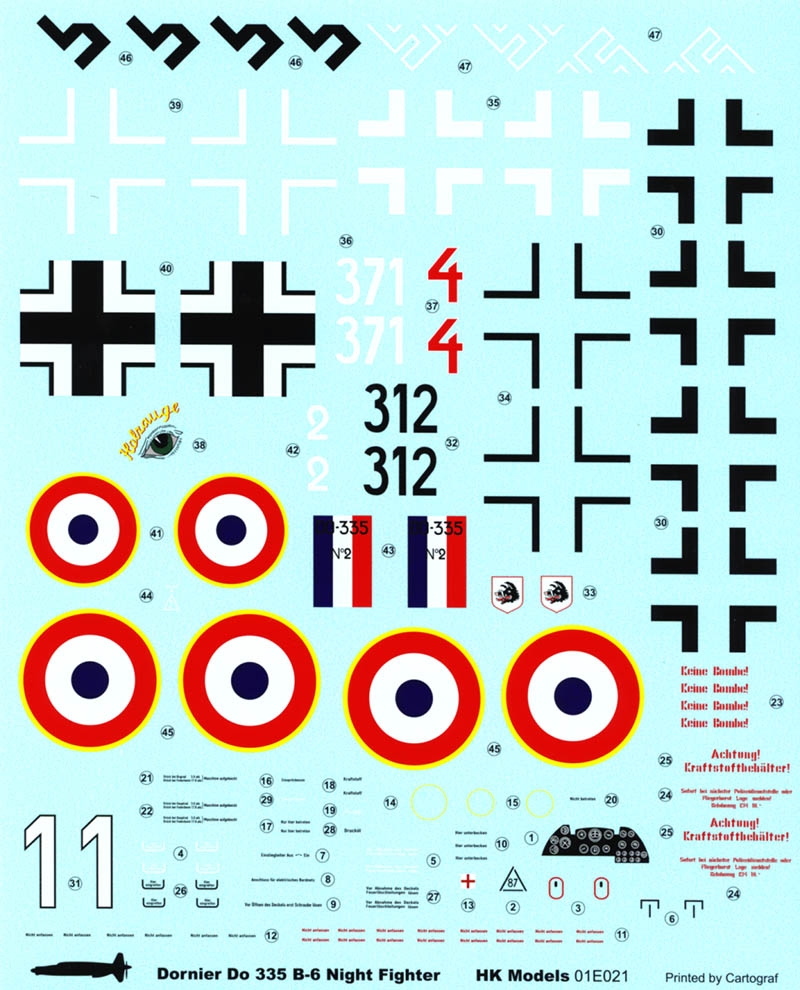 I was surprised to discover that three markings options have been included:

The first two options are in fact 'what if' schemes, with the last one representing the sole prototype that was completed by the French after the war. And while the two 'what if' schemes are definitely the more interesting and attractive of the three, the inclusion of an example that actually existed is nice for those modellers who aren't interested in what are essentially fantasy schemes.

The instructions consist of a large-format, saddle-stitched, 24-page booklet. There's a Colour Guide on the back page that lists the paint call-out codes, and their respective options in each of the Gunze, Tamiya and AK Interactive paint ranges. The pages are quality glossy stock, and the print quality is excellent. 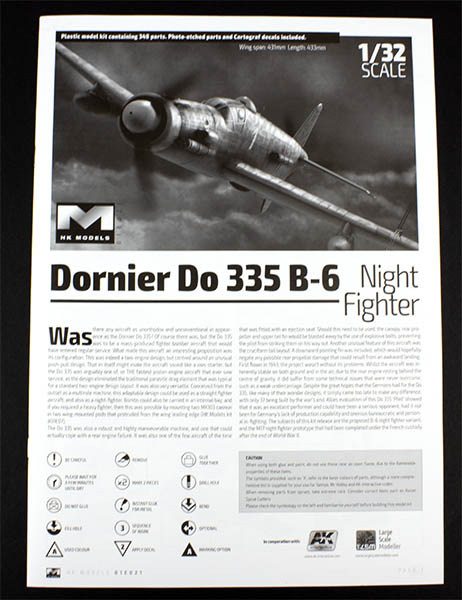 The instructions themselves are nicely done, featuring greyscale isometric line drawings and exploded views. The large page format allows the assembly sequence to be rendered in a far less crowded fashion than those from Revell, for example. The painting guide is rendered in greyscale too. 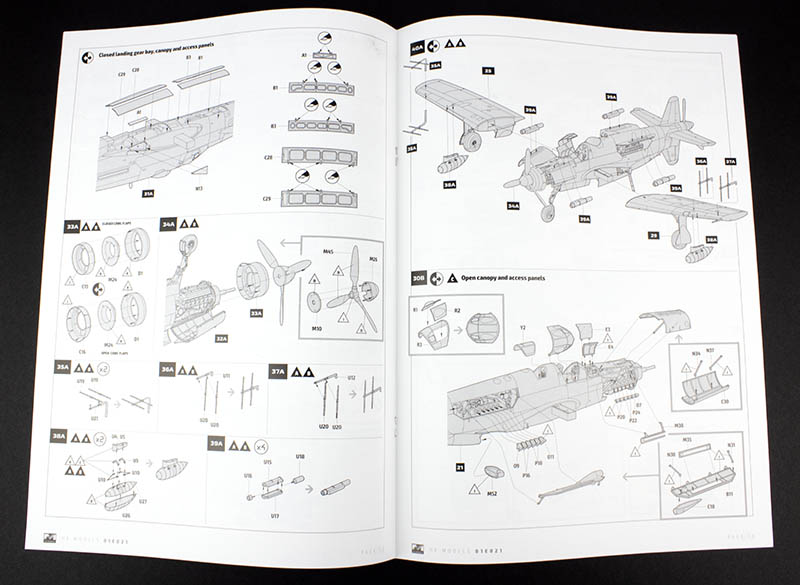 This is a terrific follow-up kit to the company's earlier Do 335 releases. They are, of course, largely the same, though HK has the differences nicely covered with a selection of new parts. The decals are also excellent, and the included schemes are thoughtfully chosen, especially with regard to the option of representing a scheme that actually existed. It's a great kit, and is highly recommended!

Thanks to Hong Kong Models for the review sample.