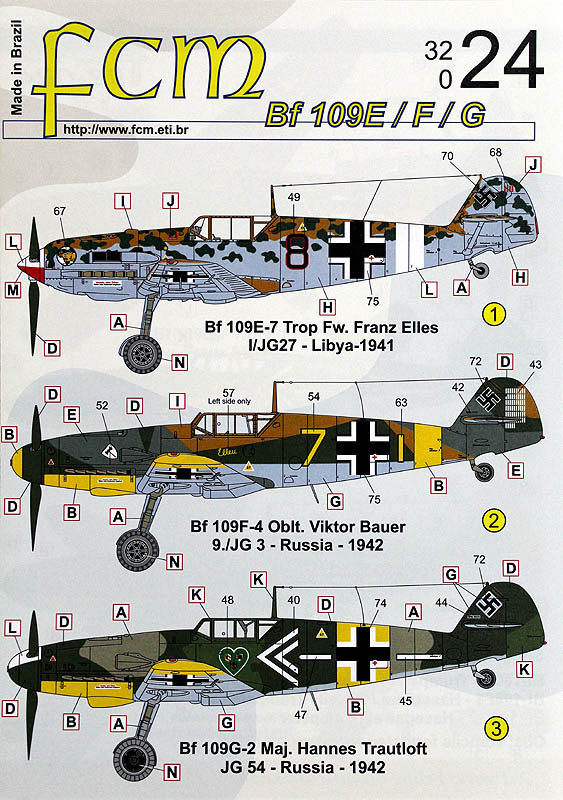 This 1/32 scale decal sheet from FCM Decals covers an all time favorite among modelers: the Messerschmitt Bf 109. But contrary to most decal manufacturers, FCM opted to cover three common versions of the famous Luftwaffe fighter in one single sheet with no less than six different schemes. 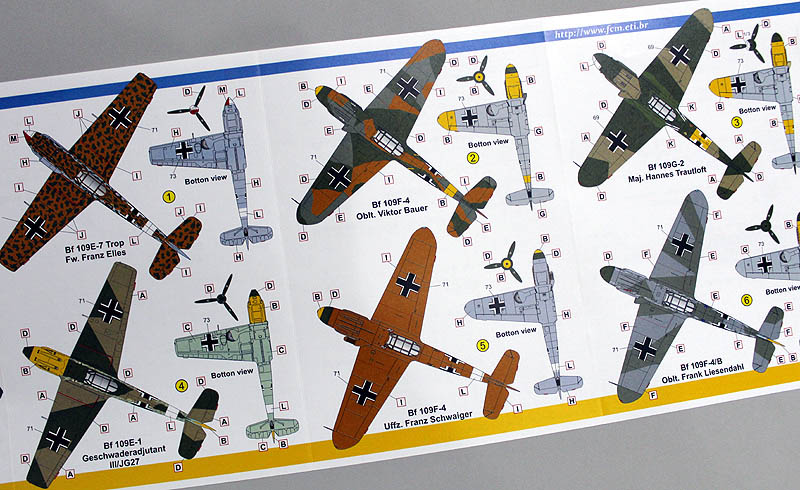 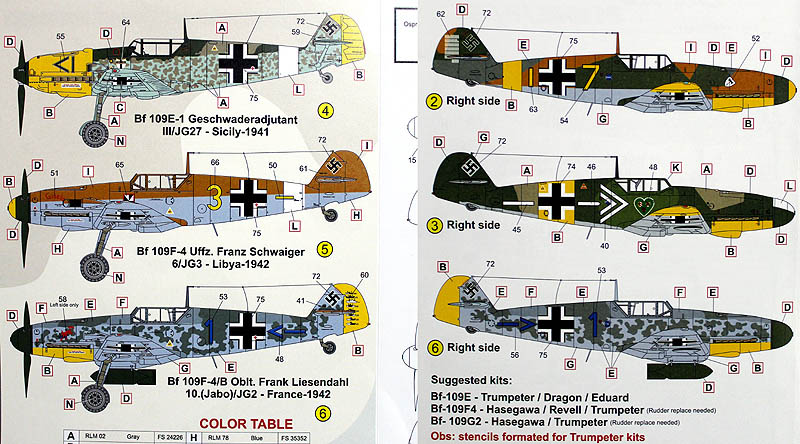 Following the sheet numbering, the six aircraft covered are: 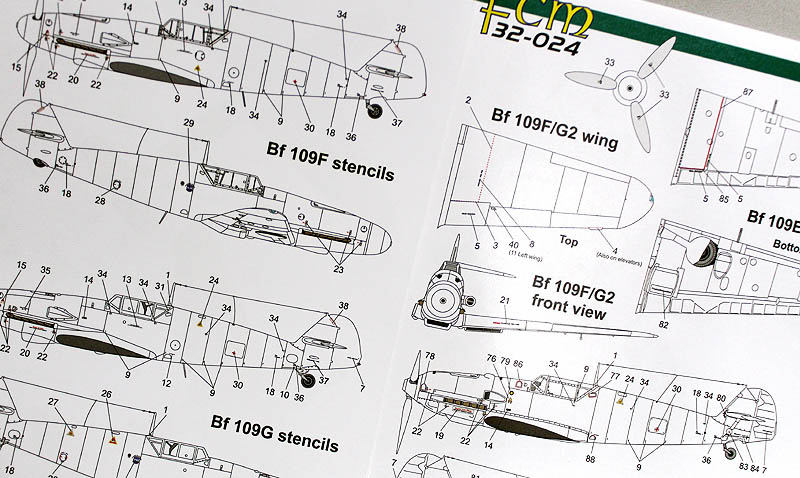 FCM decals are manufactured by Microscale from USA, therefore printed in perfect register and saturation. The instructions are eight well illustrated pages, with nice diagrams and drawings, including stencil placement plans. Federal Standard color calls are used as a reference. 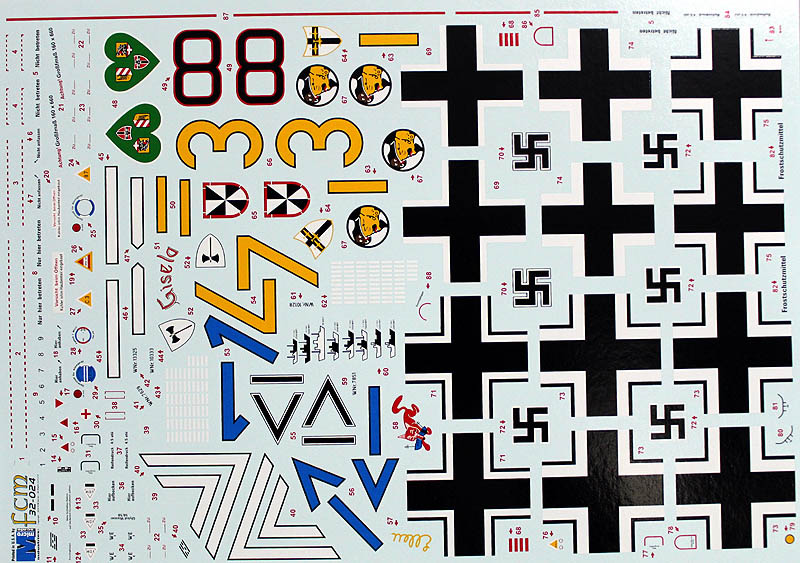 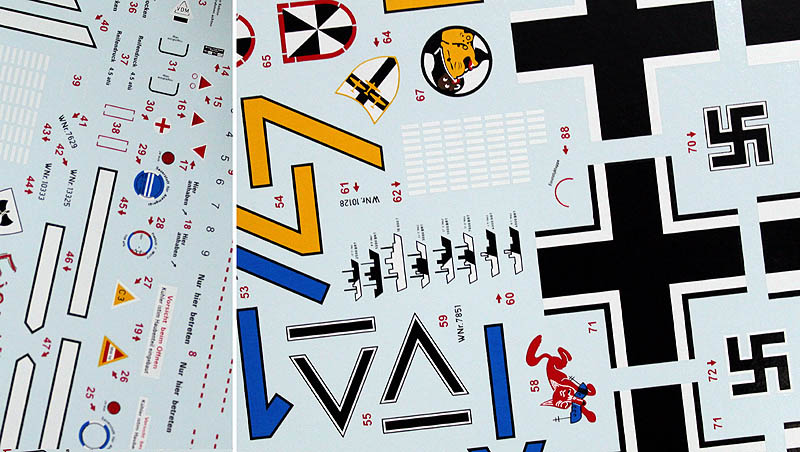 Like I said at the beginning, decal manufacturers commonly group a single aircraft version in decal sheets. FCM has hit a bull’s eye here by covering three major versions of the Bf 109 in one single sheet. More value to your money. But not only that, the schemes chosen are really representative of the types and will please most 109 fans in the scale.

For the record, Hannants carries most decals from FCM catalogue.