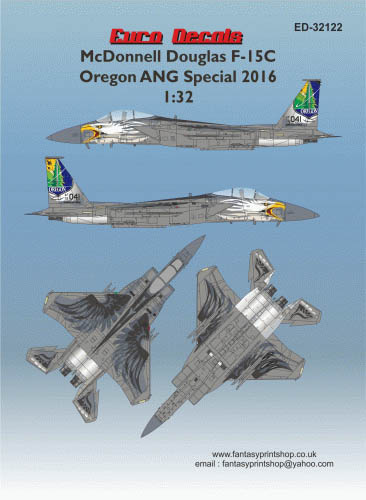 Through its Euro Decals range, Fantasy Printshop has released an imposing set of decals for the McDonnell Douglas F-15C Oregon ANG in 1/32 scale. The four sheets in the set cover a single aircraft, F-15C 79-041 of 173rd Fighter Wing, Oregon Air National Guard. The aircraft is depicted as it was at Kingsley Field in Klamath Falls, Oregon, in 2016.

The scheme itself celebrates the 75th anniversary of the Air National Guard, and is adorned with some tremendous artwork. These include a large eagle's head each side of the fuselage below the cockpit, large graphics each side of the vertical tail units, and large stylised feather motifs on the upper and lower surfaces of the wings.

The decals themselves are supplied on four sheets, three of which are A4 in size, with the fourth being a small supplementary sheet printed in white. 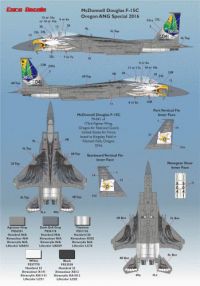 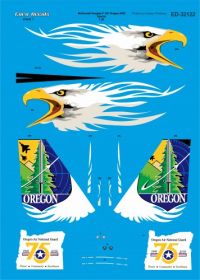 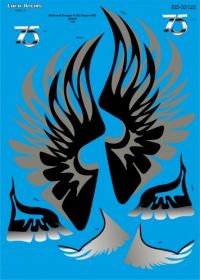 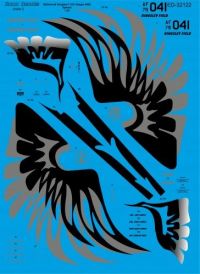 The decals are superbly rendered and printed, with perfect register, good colour density, and minimal excess carrier film. All but the smallest stencils are perfectly readable.

A small selection of pertinent stencils is included, but they're hardly comprehensive, so you may have to supplement them from elsewhere if this matters to you.

Since the initial publication of this review, Ray at Fantasy Printshop has issued an errata sheet for this set. This corrects an error in the design for "3L top" on sheet 3. 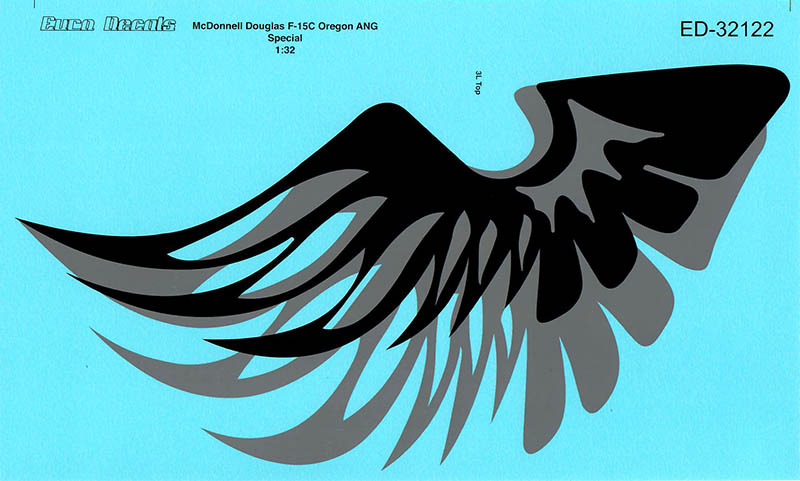 Kudos to Fantasy Printshop for wanting to get it right, and for excellent customer service!

This is an excellent set, and should make for an impressive model when pressed into service. My only concern is that many of the decals are large, and may offer some challenges when it comes time to place them on the model. That aside, I'm impressed enough by this set to start searching for a kit to apply them to—and I'm not even a jet guy!