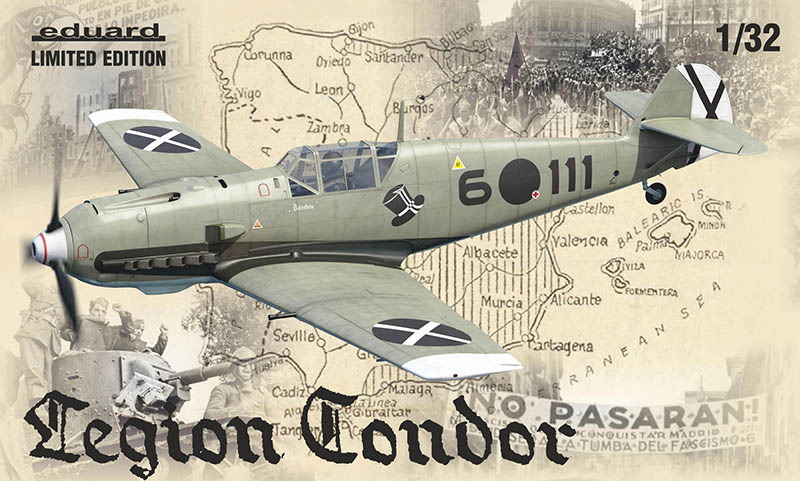 Eduard has famously only dipped its toe into LSP waters just the once, with the launch in 2009 of a fiddly but largely respectable Bf 109E-1 kit. The kit has been re-released in different guises several times since, and now again as a Condor Legion Bf 109E in a limited edition boxing. As the name suggests, this release focusses exclusively on Condor Legion machines. Let's take a look!

The main sprues a grouped together in two resealable plastic bags, snuggled into just the right sized box: 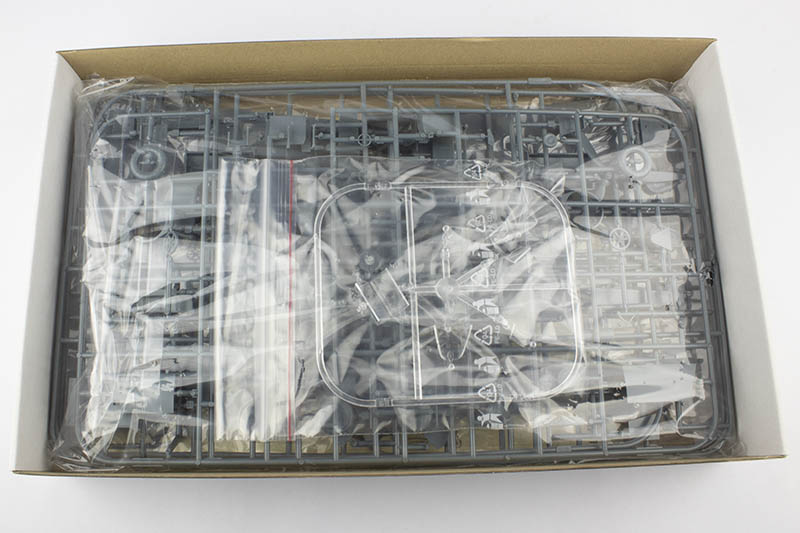 While this does afford the parts a modicum of protection, there are four large sprues in one bag, and three in the other, and as you'll notice in some of the photos, this has caused some scuff marks on some of the more prominent parts. The clear sprue is at least housed in its own separate resealable bag.

Note that the kit provides two wing sprues: one with underwing bulges for the wing cannon, and one without them. The former is to accommodate the three E-3 options, while the latter is for the two E-1 options.

Surface detail is what you would expect from a relatively modern mainstream tooling, with petite engraved panel lines and rivets: 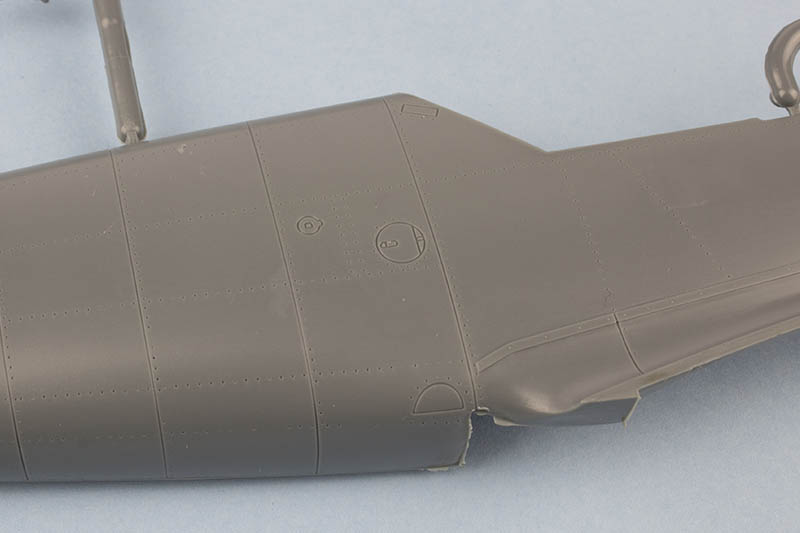 You'll note from many of these photos that there's a little bit of flash present on many of the parts, though none of it should present any problems with removal and clean-up.

The various openings on the engine cowling are suitably thin: 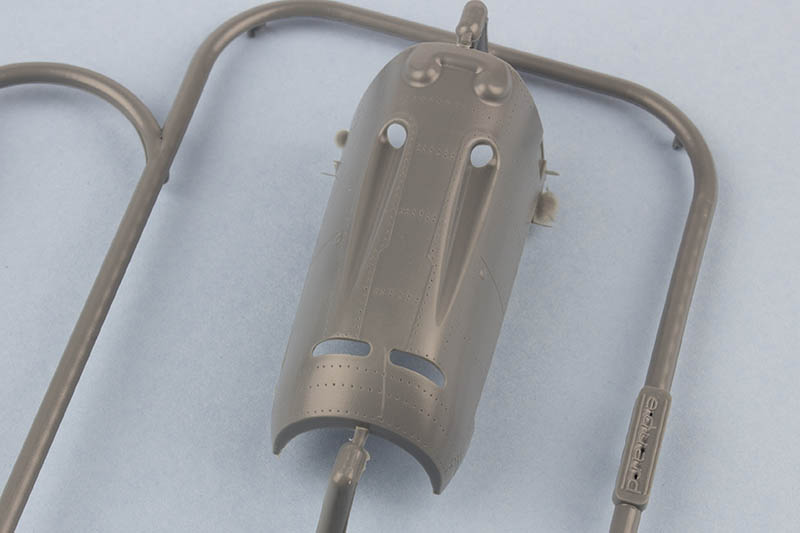 Two types of spinner are offered, though the capped version is not required for Condor Legion aircraft:

The inner walls of the main landing gear bays are provided as separate inserts: 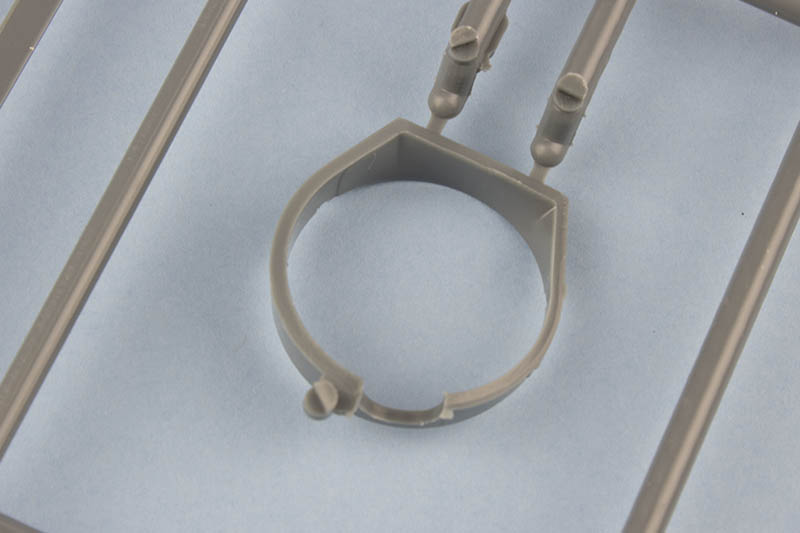 In the final build, the plastic cockpit detail will be augmented with parts from the photo-etch fret, and should be perfectly fine with a careful paint job.

The propellor is supplied as a single part, and is marred by some shallow sink marks on the underside of the blade roots: 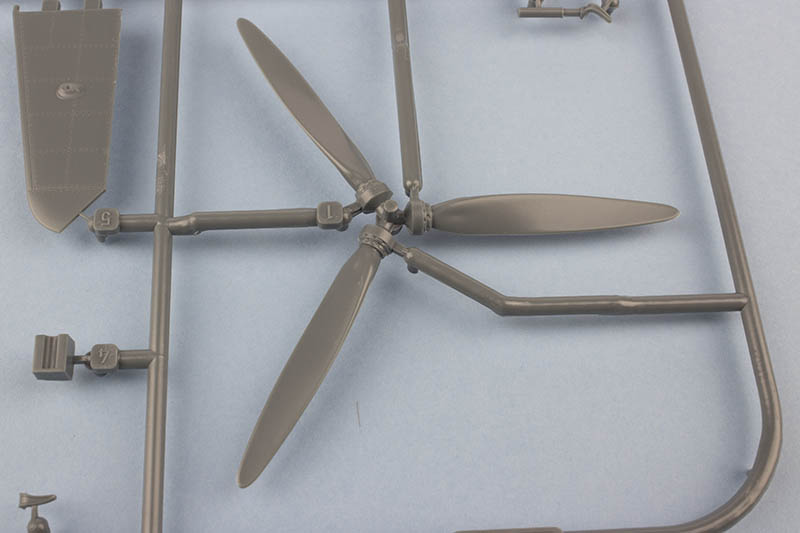 Blade hub detail is nice, however.

The ribbing on the control surfaces seems somewhat overstated to my eye: 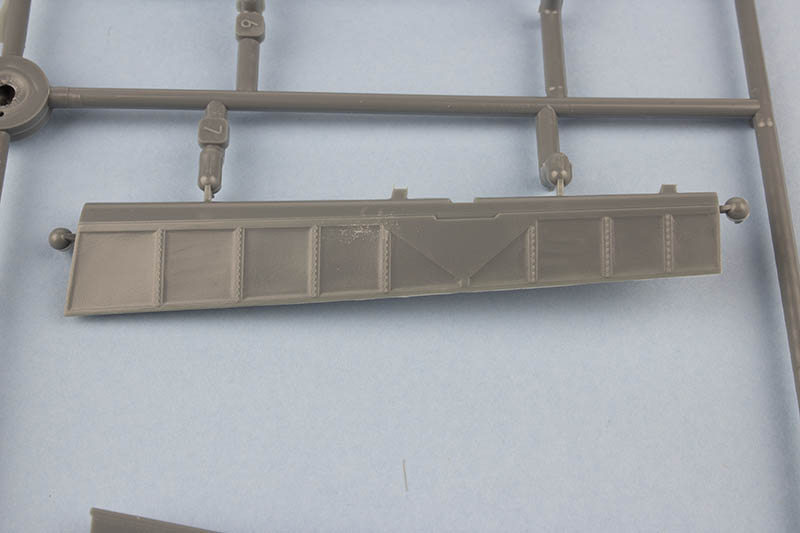 A full engine is provided, and again, the moulded-in detail is adequate, rather than stellar: 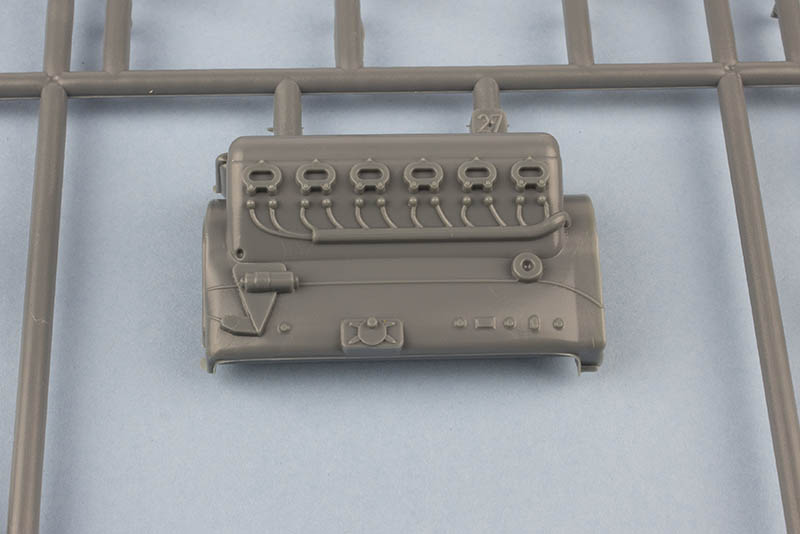 A plastic instrument panel is supplied in the kit, which you are of course free to use, but a much better one is supplied on the pre-coloured photo-etch fret: 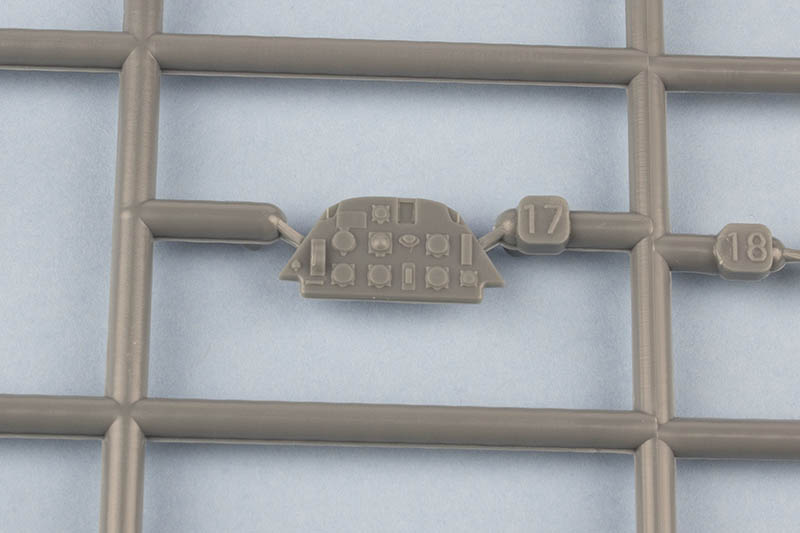 The kit is designed to built with the engine exposed, so the nose-mounted machine guns are moulded in full, and quite nicely done: 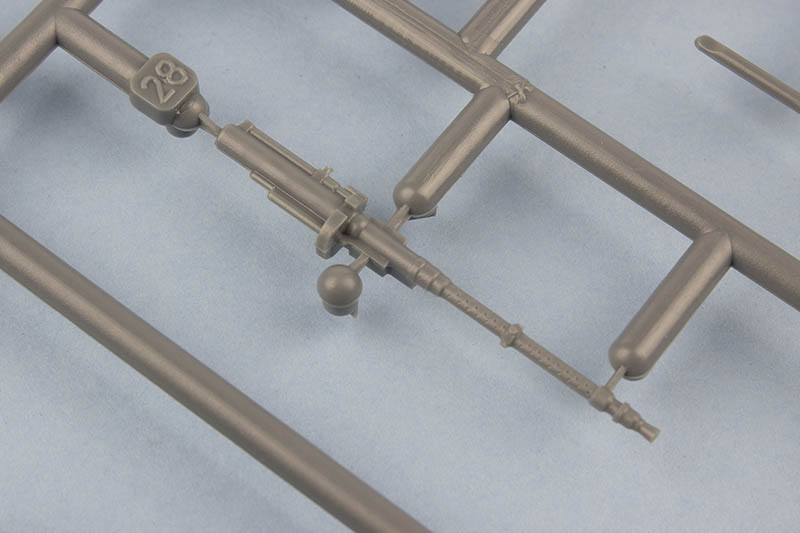 Note that the kit also provides an alternative set of parts and accompanying assembly sequence should you wish to build the nose all closed up. This is a thoughtful move from Eduard, since it avoids the compromises necessary to make both options workable with a single set of parts, and ensures that you get the best result whichever option you choose. 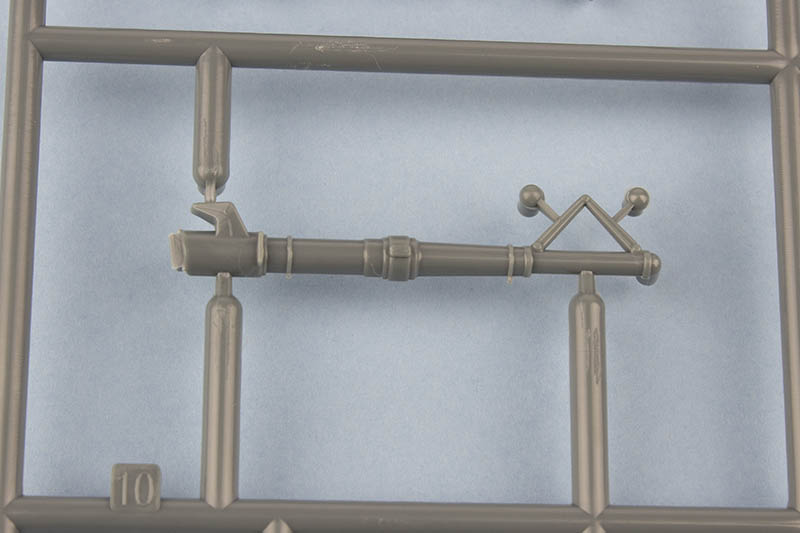 Some of the details parts are really small! 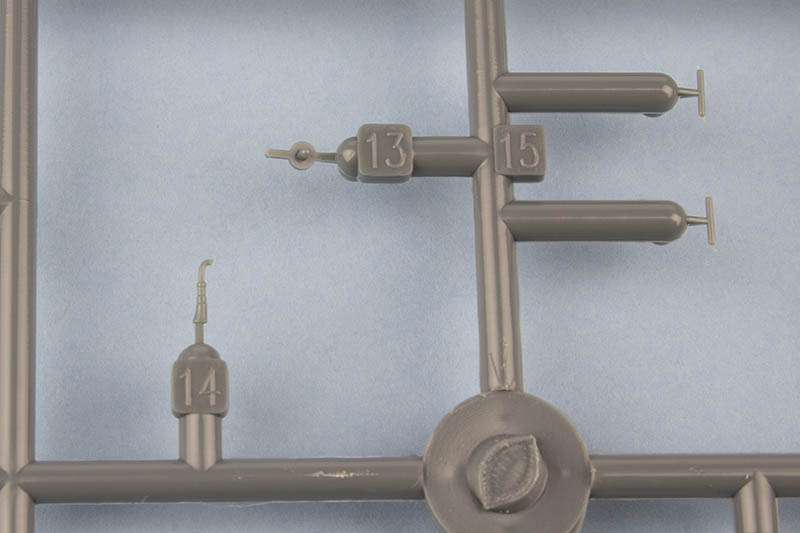 A small bag of resin upgrades parts is provided in kit. These are mostly designed to replace the equivalent plastic parts in the kit, though a complete tail wheel bay and leg are also provided. 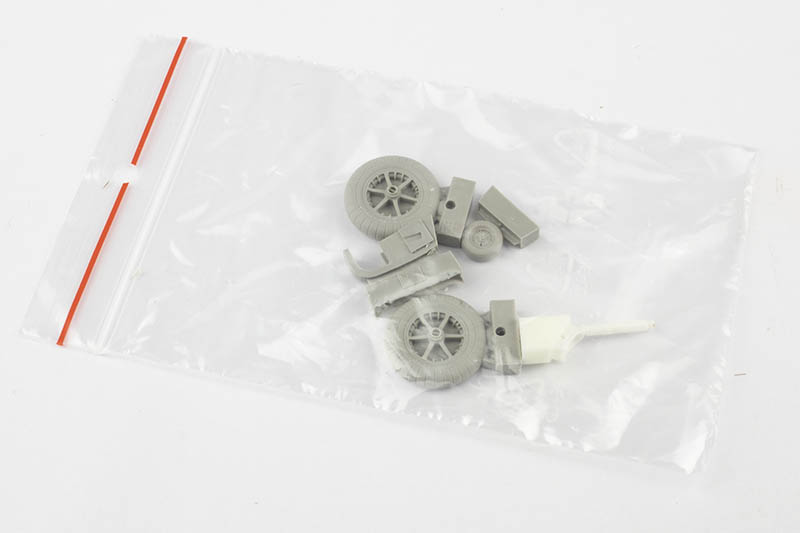 The resin main wheels are substantially better than the injection moulded parts:

As noted earlier, the clear parts are housed on a single runner in their own resealable plastic bag: 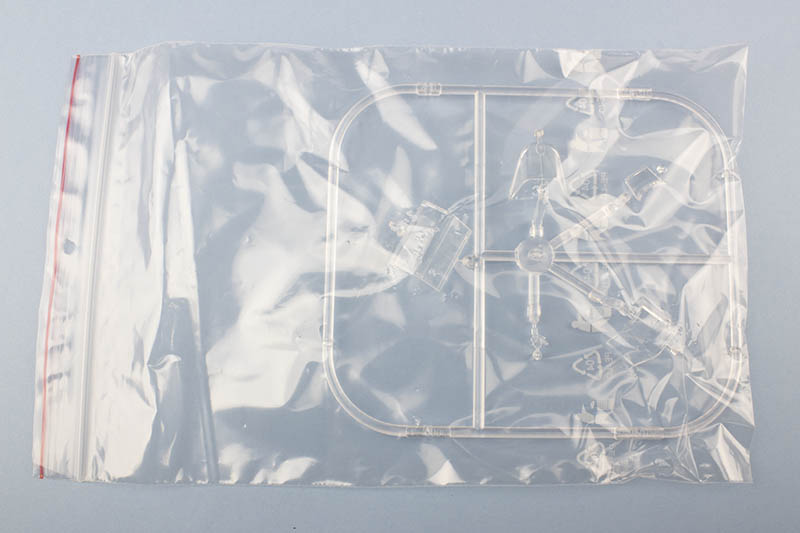 Parts are provided for a single canopy in the early Emil style: 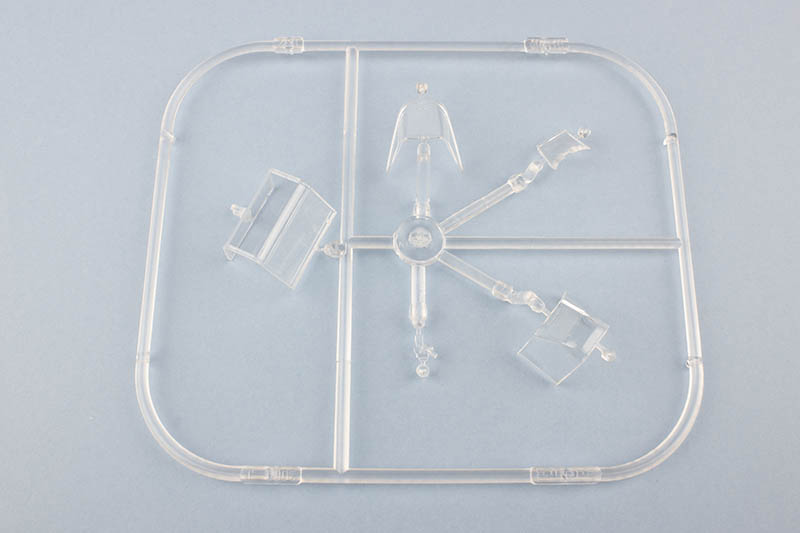 The armoured glass piece is marked "not for use" on the parts map in the instruction booklet.

The parts are thin, crisply moulded, and free from any excessive distortion: 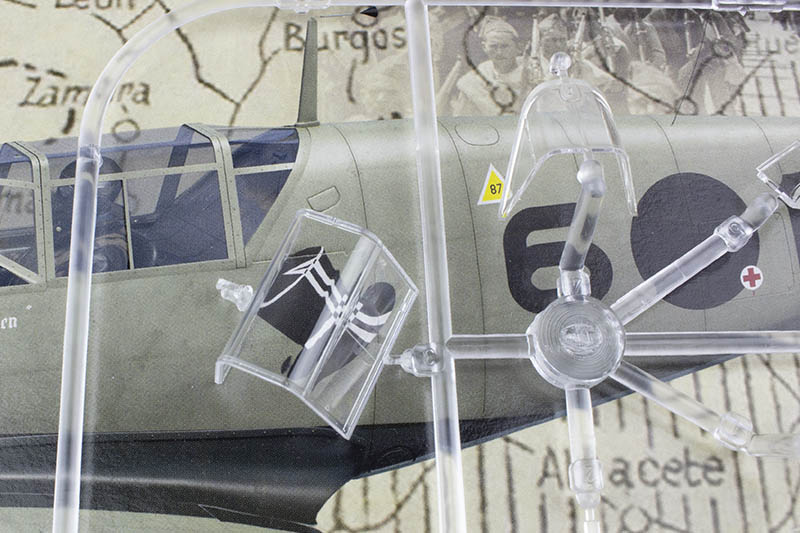 The two small photo-etched frets are housed in a resealable plastic bag. One fret consists of general detail parts for the cockpit and airframe: 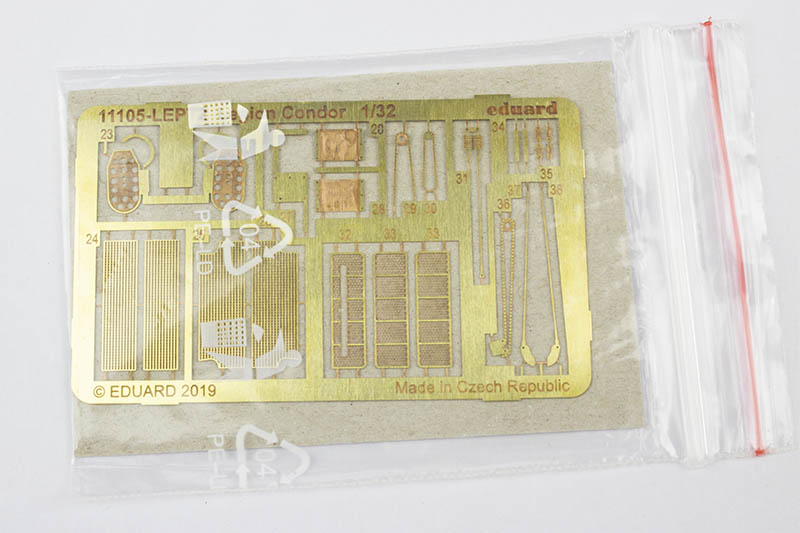 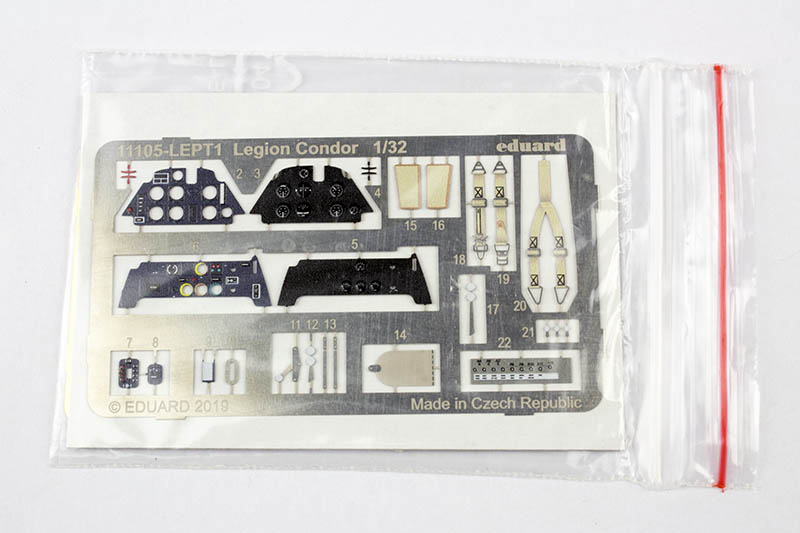 A set of pre-cut paint masks is also included, which covers the canopy and wheels only: 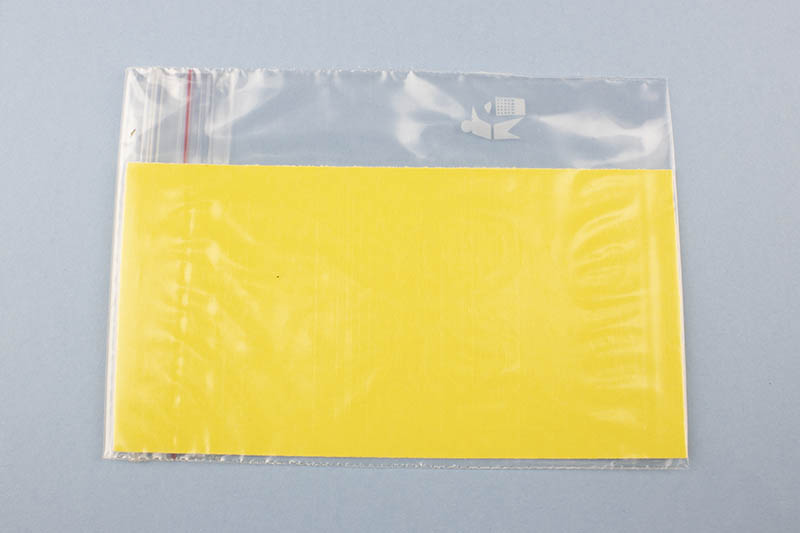 Decals are provided for five Condor Legion machines in E-1 and E-3 variants.

The decals themselves are beautifully printed by Cartograf, with perfect register and solid colours.

The following five schemes are featured:

The painting guides are rendered in full colour, with paint call-outs drawn from the GSi Creos (Gunze) and Mission Models ranges: 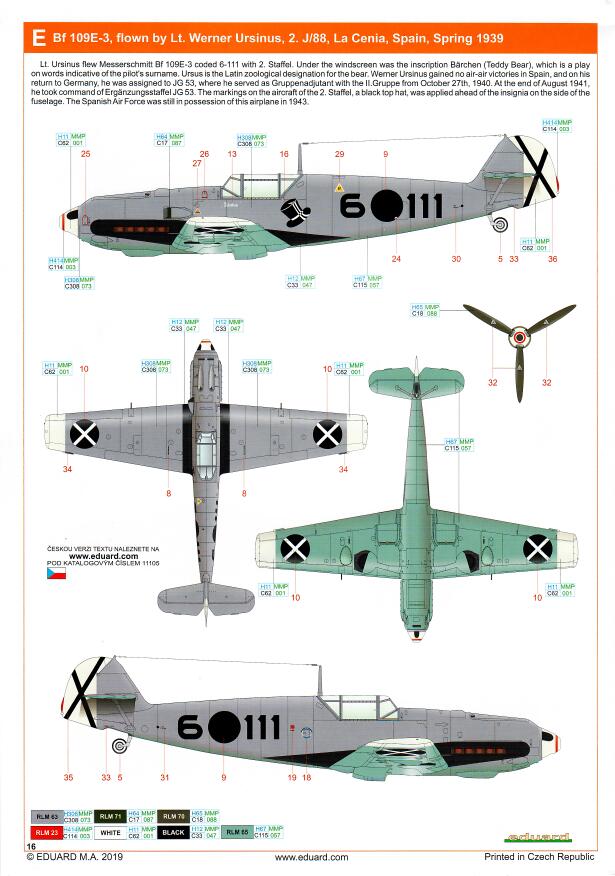 The instructions are supplied as a 16-page booklet, printed on slick glossy paper. 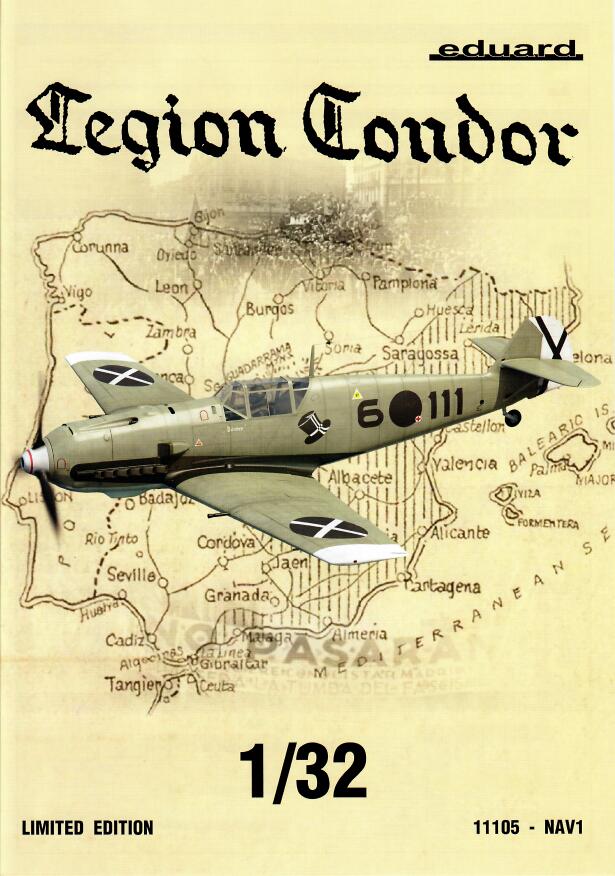 The assembly sequences are presented in the traditional exploded-diagram format, with colour call-outs marked along the way: 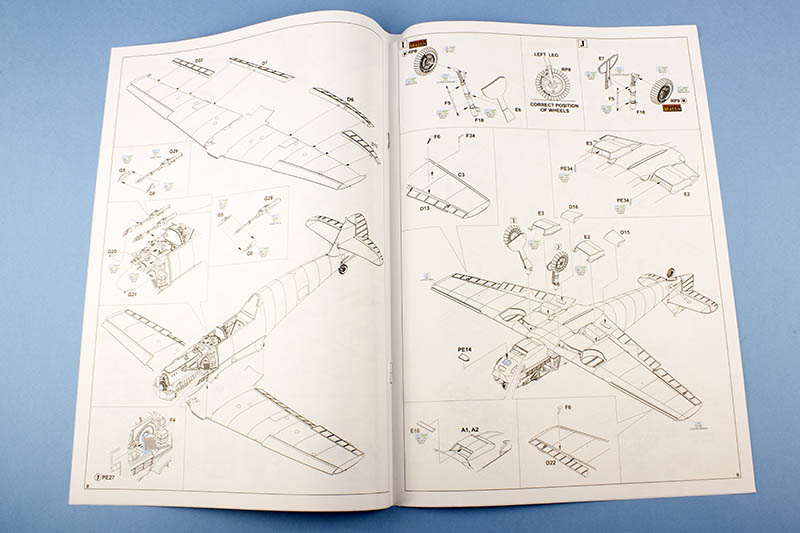 A parts map is included inside the front cover, with a selection of parts marked "not for use". There's also a legend for the paint colour call-outs. All considered, it's a comprehensive and well thought-out document.

This is a welcome re-release from Eduard, and it's great to have a kit with dedicated markings for Condor Legion aircraft. The kit itself appears to be the same as previous releases, save for the inclusion of some resin detail parts, and both E-1 and E-3 wing sprues. There's some flash starting to creep into the moulds, but nothing that can't easily be dealt with. The intelligent combination of plastic, resin, and photo-etch in this kit, along with the Condor Legion markings, makes it a winner, and I look forward to building it!