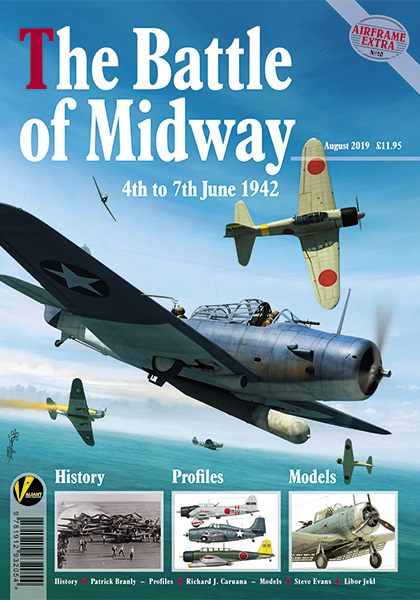 This 19-page section is written by Patrick Branly, and covers the background and conduct of the Midway engagements in early June 1942. The format follows a basic chronological description of events, with context given where appropriate. It includes a smattering of interesting period photographs, and represents a handy primer for the events of the conflict itself, as well as being a good starting point for further historical research.

The first of the title's seven model builds sees Steve Evans build the Academy boxing of the Accurate Miniatures 1/48 scale SB2U-3 Vindicator kit. Like all the builds in this book, it's a typical magazine-style photo-essay of the build, covering five pages of hints, tips, and advice.

As with all the profiles in the book, this section is illustrated by Richard Caruana, and features five pages of colour profiles with captioned colour notes. While the schemes are largely of the familiar blue-over-grey variety, there's still plenty of inspiration for a wide range of model builds.

Libor Jekl tackles the book's second build, featuring the Hasegawa 1/72 B5N2 Kate kit. The style of this six-page build is similar to the preceding one, as is the result! Libor Jekl's builds for Valiant Wings publications have single-handedly persuaded me that 1/72 models can in fact appear as convincing as those from larger scales. Bravo!

Steve Evans returns to tackle Italeri's reboxing of the Accurate Miniatures 1/48 Avenger kit across six pages, and does a terrific job. The kit is tricky in some areas, so Evans' tips will be invaluable to anyone building this kit.

Libor Jekl is back with a eight-page build of the Hasegawa 1/72 SBD-3 Dauntless kit, and the result is predictably superb. Lots of hints and tips for getting the most out of this kit, too.

This is technically two builds, with Steve Evans tackling a pair of the diminutive 1/144 scale A6M2b kits from the appropriately-named Sweet. The builds are excellent, though the models do suffer slightly from their tiny scale.

Just three pages here, mainly featuring Zeroes, Kates, and Vals. There's also a couple of contrasting Petes thrown into the mix; if only we had LSP kits for them!

Libor Jekl turns his hand to the relatively new Airfix 1/72 F4F-4 Wildcat kit for a six-page build, including a nice aftermarket upgrade for the canopy. Jekl's ability to make his 1/72 scale builds look like they're much larger kits is uncanny.

The book's final build article features the Hasegawa 1/48 B5N2 Kate kit, and is again handled by Steve Evans over five pages. The result is, yet again, terrific. 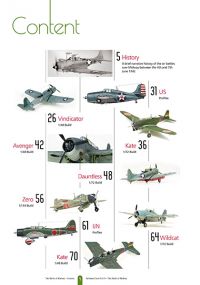 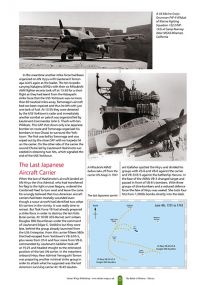 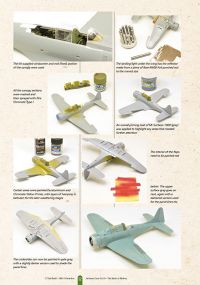 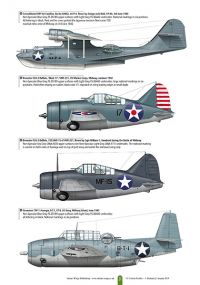 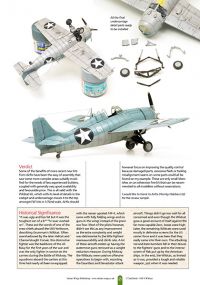 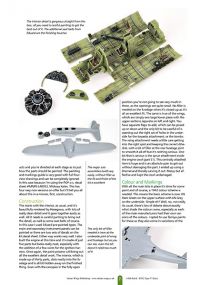 I enjoyed this title a great deal. Its blend of interesting history, attractive artwork, and impressive model builds is nearly perfect. The magazine format is highly accessible, and can be used as a launching pad for more comprehensive research into the period covered. My only lament is the total lack of LSP builds, but given the constraints of the format, and the specialities of the featured modellers, it's understandable.

I think this is a fine starting point for modelling aircraft of the The Battle of Midway, and has much to recommend it.