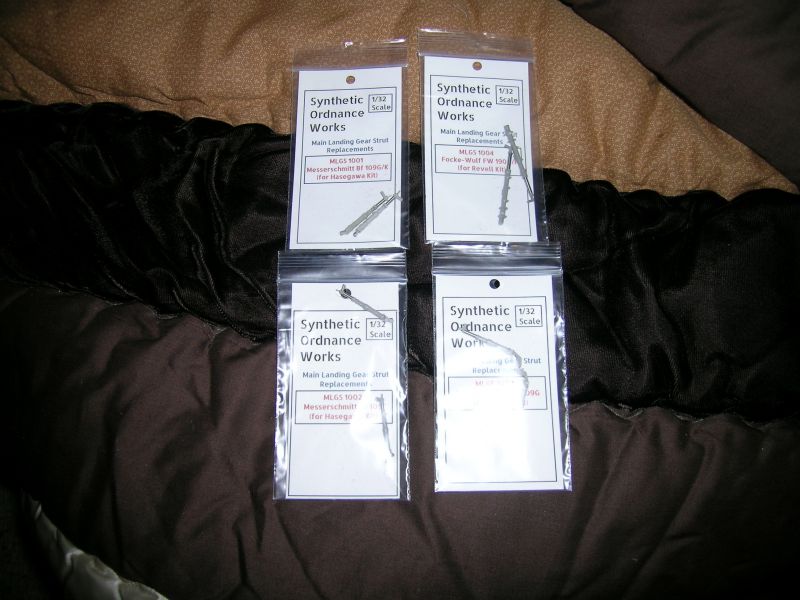 Here I'll be taking a look at a brand new product from Synthetic Ordnance Works (produced by our own D.B. Andrus). I was recently sent four brand new sets of 1:32 main landing gear for WWII prop aircraft, and they are: 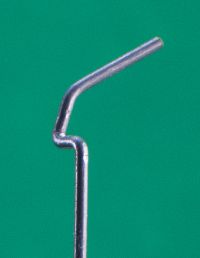 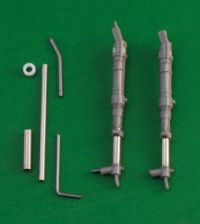 Each set of gear is a combination of cast resin and a metal tube (and wire) cast as a single unit. The combination of these two materials is bound to add rigidity to your aircraft's landing gear needs, and certainly yet another viable alternative to the usual cast brass or bronze gear we know of, and absolutely better than the wet noodle white metal gear that many try to avoid like the plague.

Casting method appears to be a two part affair, leaving only the most modest of seams to clean up, very much similar to any kit gear that uses split mold technology, and leaves one with a beautiful and strong gear.

General construction of these items seems very well considered indeed. My first concern (prior to seeing the two above photos), was what happens where the vertical meets the horizontal, as this would naturally enough be the weakest resultant area, but that has already been thoughtfully addressed with a stiff wire exiting the vertical and transitioning to the horizontal, so the gear should be quite strong "as-is", which I personally like very much.

Details on some the smaller areas, is really quite refined and delicate, as the photos do readily attest. 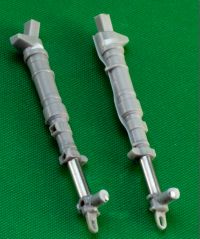 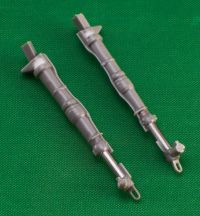 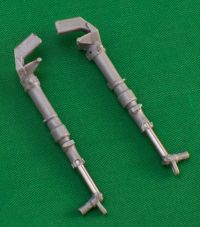 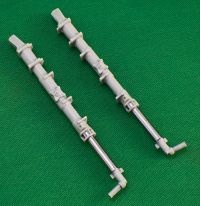 While I originally had some concerns that the Fw 190A gear looked too "stalky", those concerns were immediately put to rest once I compared these new gear to the kit items, as they appear to be a dead match, giving the aircraft the typical "nose-high" stance that the machine is so well know for. Having seen the Revell kit built several times now with no alterations, I can fairly safely say these gear will give your Fw 190 the correct "sit". 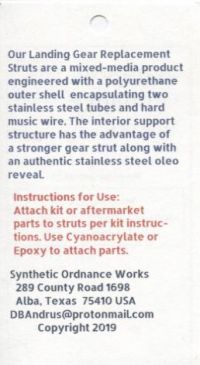 Instructions, as one might expect, are relatively straightforward, advising the modeler to just add them as per the kit instructions, using CA or epoxy. Retraction mechanisms and gear doors (not provided) would simply be the standard kit items.

None that I am aware of.

This product is highly recommended, and I suspect will be real winners for those that choose to use them.

(Many thanks to Damian for providing these test samples; I currently have three of the four recommended kits, and therefore can certainly use them.)