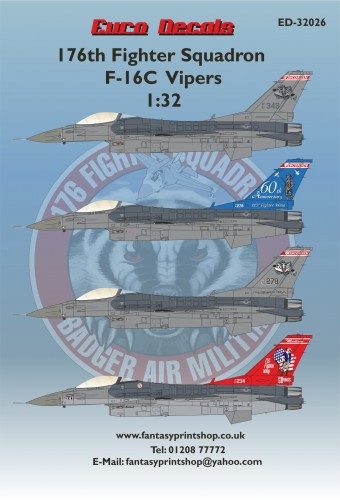 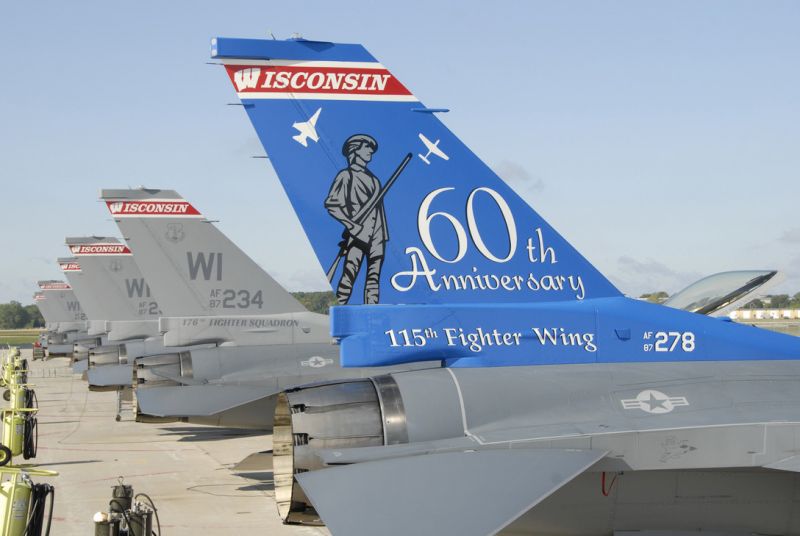 This new sheet from Fantasy Printshop provides a variety of F-16C Block 30 aircraft in 1:32 from the 176th Fighter Squadron, Wisconsin Air National Guard, based at Madison Air Base between 1999 and 2017 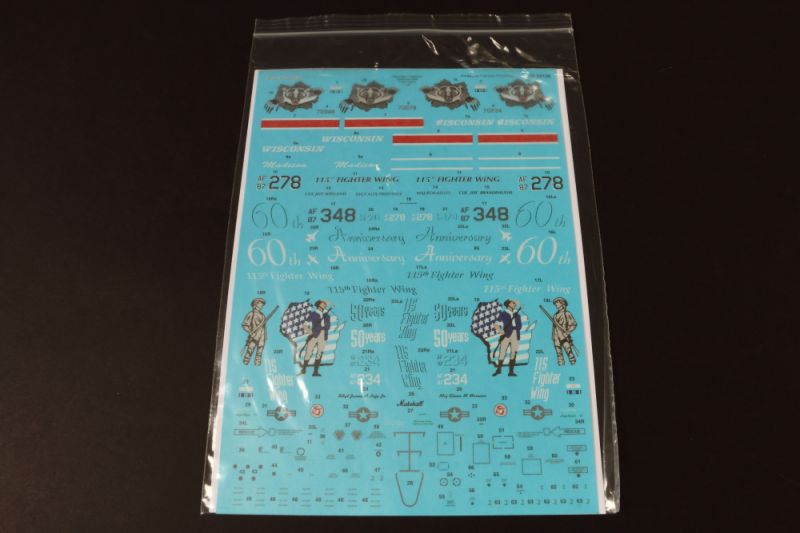 Quality appears top notch, as we've come to expect from Fantasy Printshop, with good colour density and perfect register, along with a thin and absolutely minimal varnish layer. 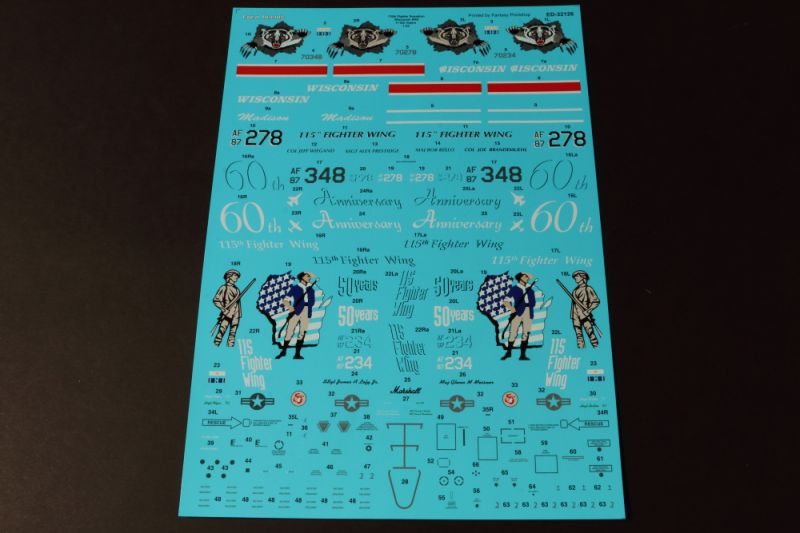 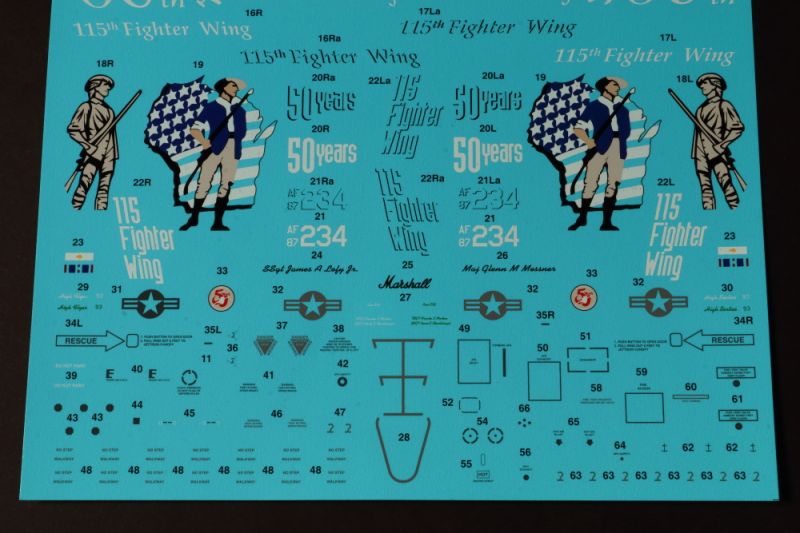 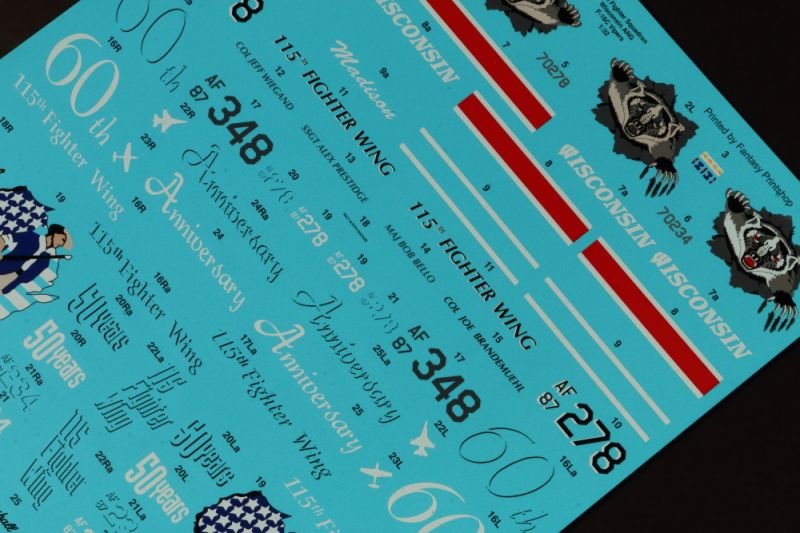 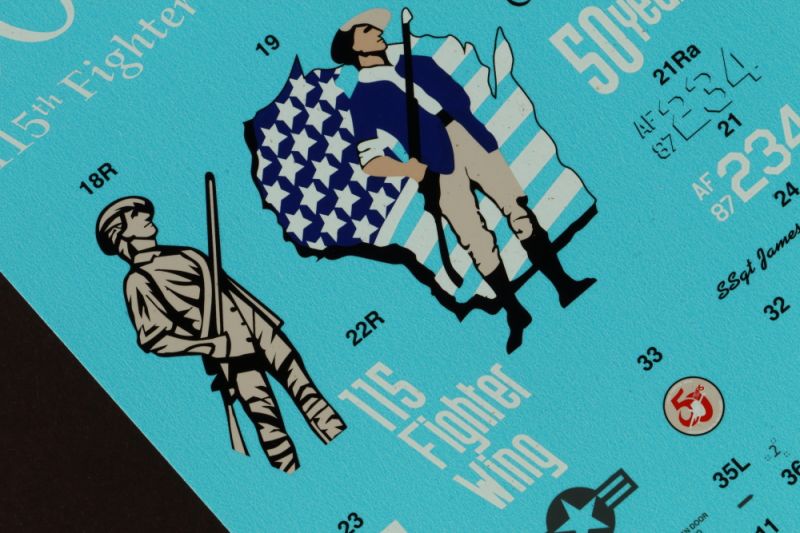 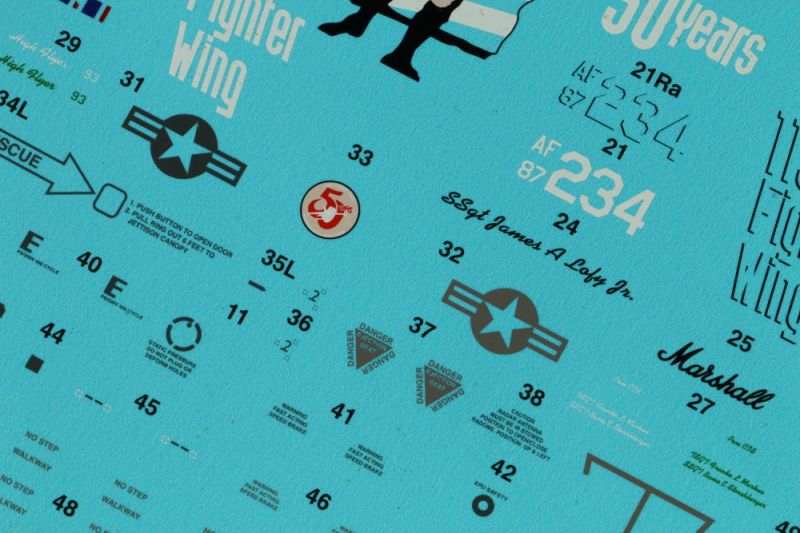 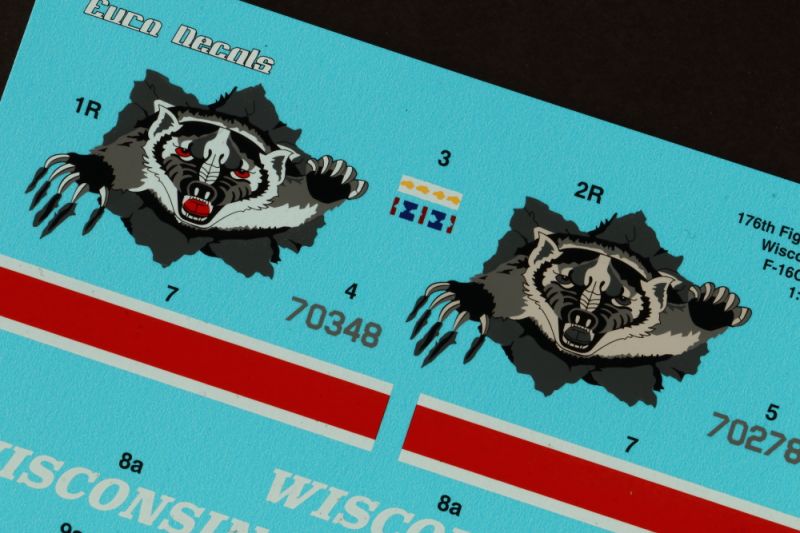 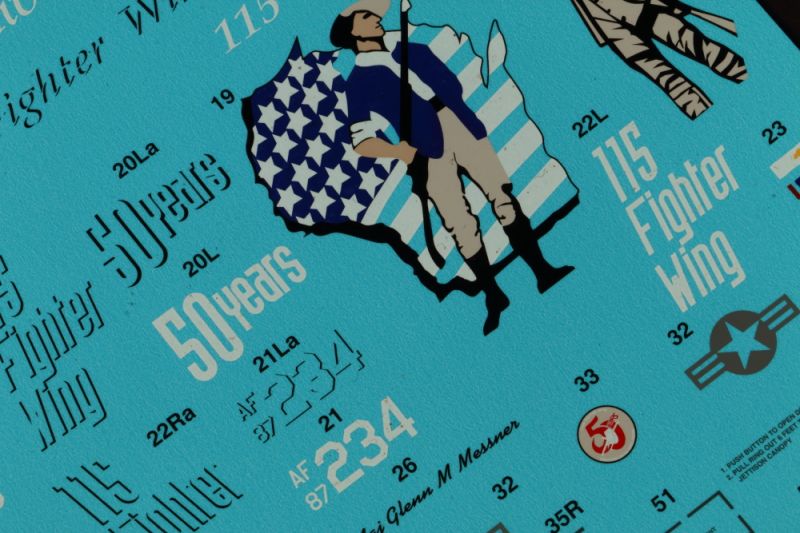 I addition, printing on a blue ground is always a plus to this reviewer - far easier to see the whites of their decals!

Printed in colour, the set includes detailed placement instruction that include the relevant Federal Standards colour references, as well as Humbrol, Xtracolour, Xtracylix and Lifecolour equivalents. 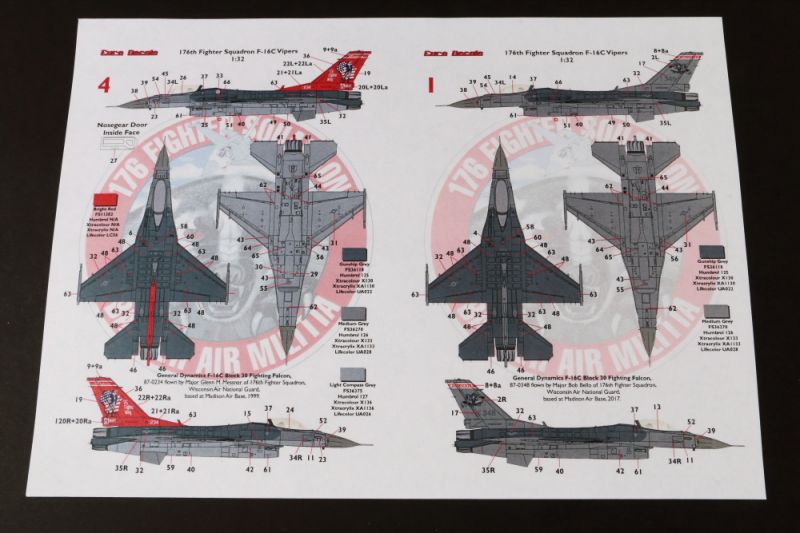 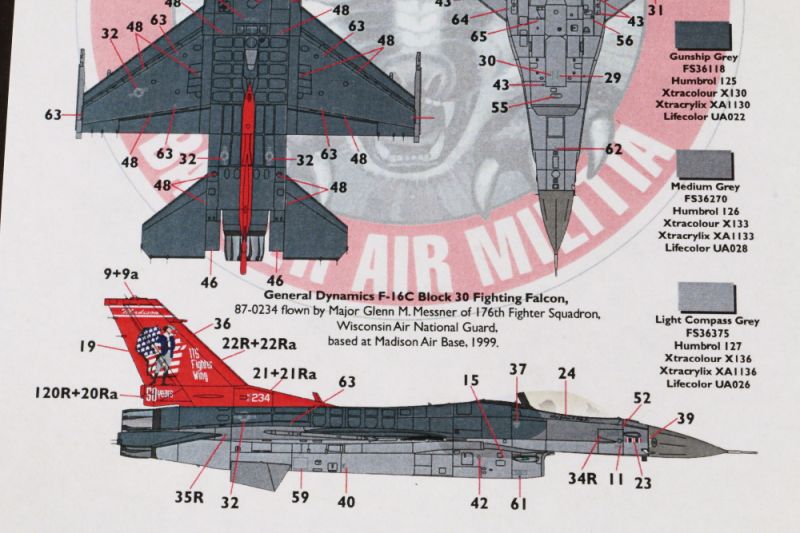 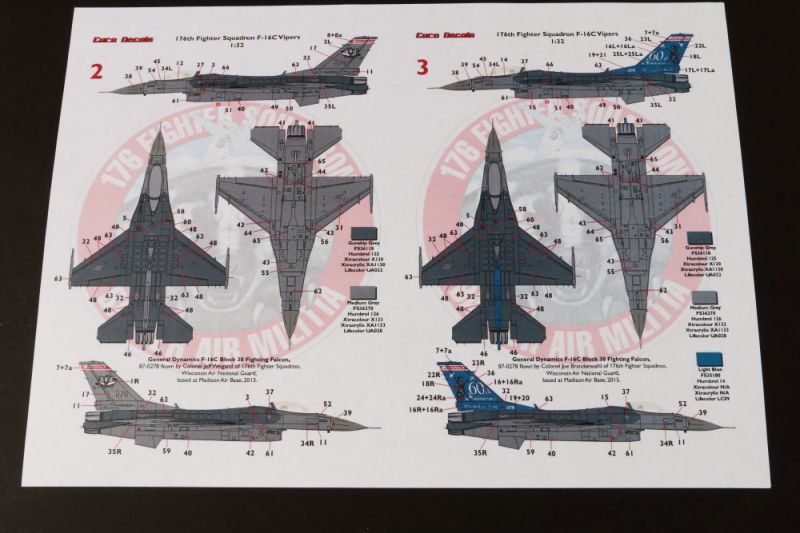 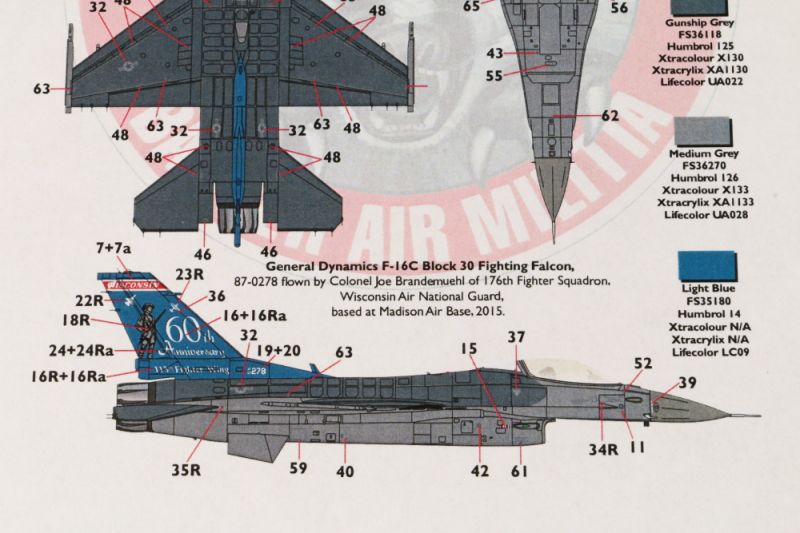 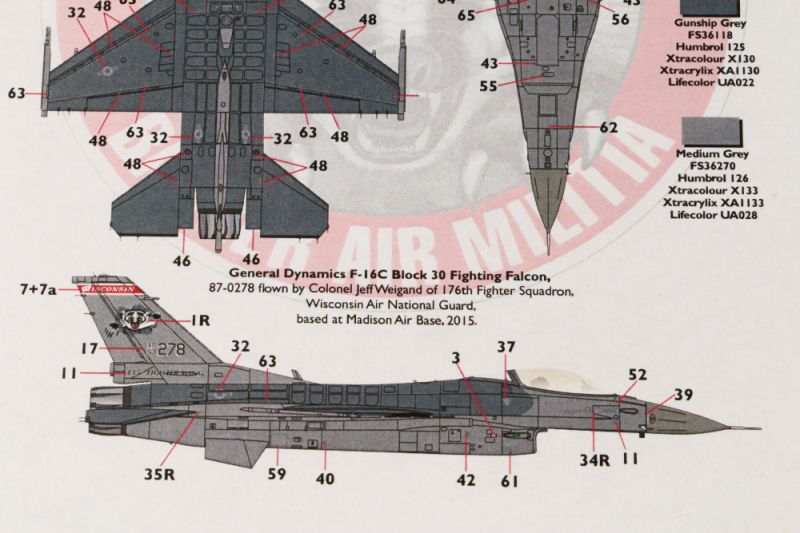 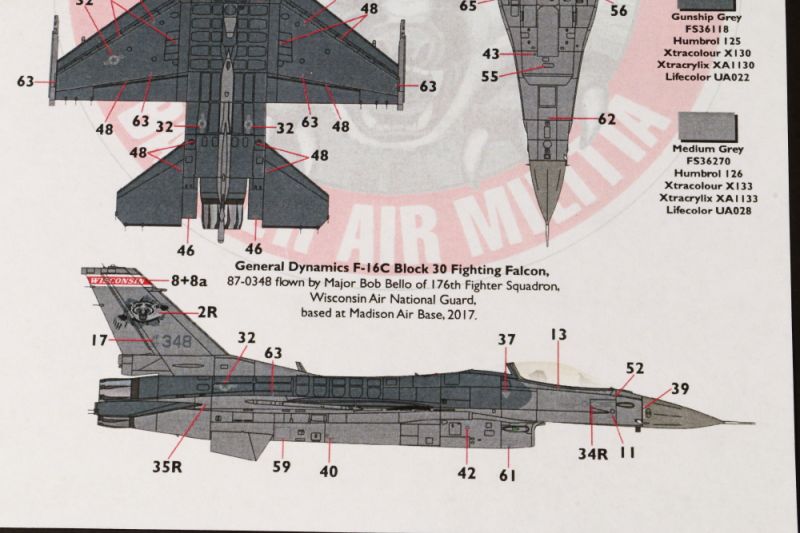 This is a beautiful set of decals for the F-16C, providing detailed and well researched alternatives to the usual F-16 schemes.

This sheet is available directly from Fantasy Printshop.