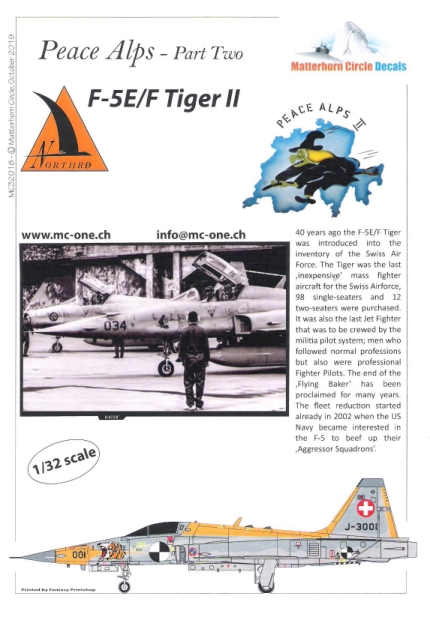 Switzerland is a small and very pretty country, neutral and very discreet. Aviation has never lagged behind. They went from the propellers to the jet engine without problems. After the P-51 Mustang, the de Havilland Vampire became the first jet aircraft. The Hunter, the Mirage (were), the F-5 Tiger II and the Hornet (are) the sky’s guardians. "Swiss quality and precision" are at the rendezvous on the Tiger II decals. 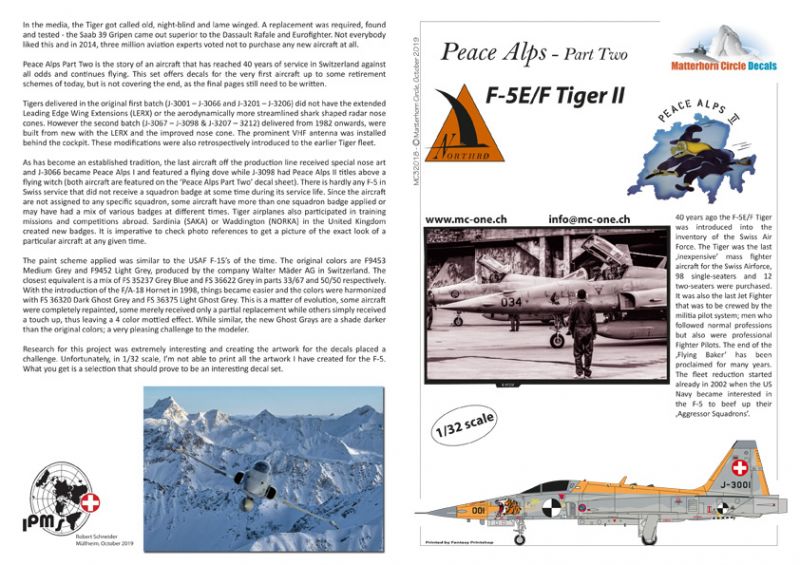 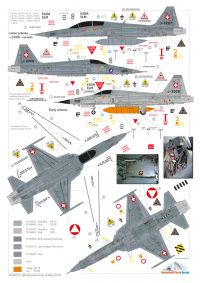 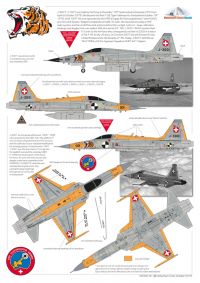 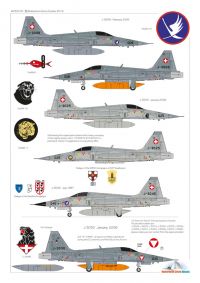 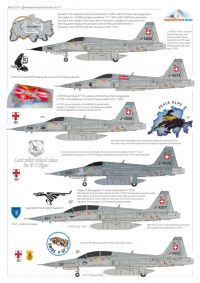 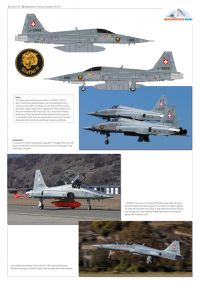 It’s very clear, no mistakes for you to place them correctly. The quality printed is first class (as usual), thin, good color. 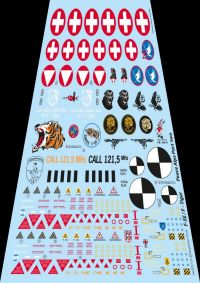 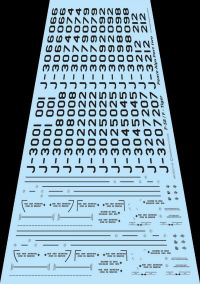 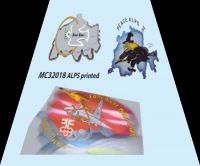 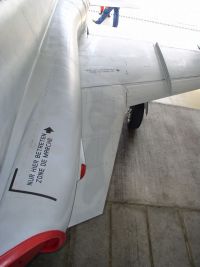 Priced at CHF30 (US$33.00), these decal represent good value for the modeller.

The oldest kits (Hasegawa/Revell) are good, the panels are raised. You can rescribe them to get a new standard. You can added the resin cockpits if you want. The last kit arrived (from Kitty Hawk) has engraved surface detail.

For the F-5F, Kitty Hawk has producing this 2-seater version.

These decals are highly recommended. Available from M32018: c-one.