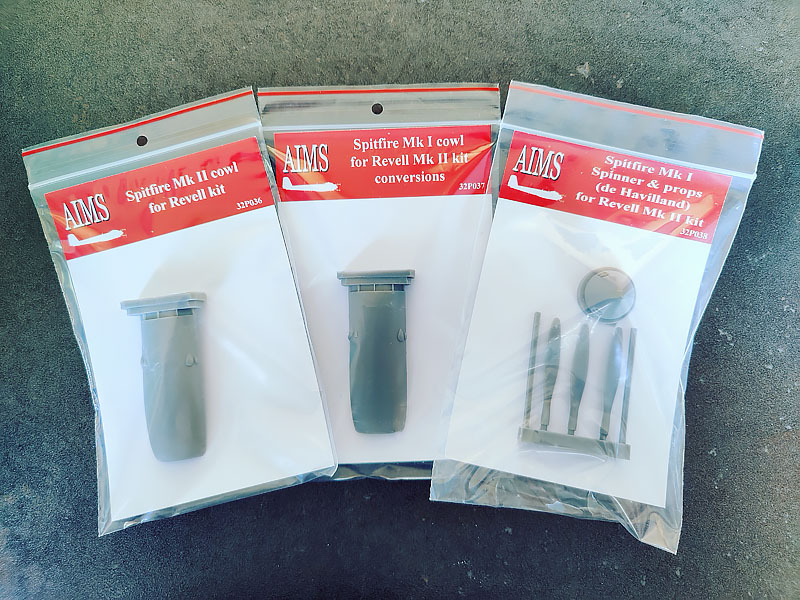 These improvement/correction sets appeared in a rather unexpected way. John decided to build himself one early PR.IG Recce Spit with the AIMS conversion set I reviewed some months ago (https://www.largescaleplanes.com/reviews/review.php?rid=2440). However, he quickly discovered the simplifications of the Revell Mk II Spitfire model. In spite of the use of various Barracuda aftermarket sets, some areas were not covered and asked for personal work. Obviously, as a modeller and master creator, he quickly thought that what he was doing for himself could easily become useful for others. This quickly resulted in these three new AIMS references.

I have helped John to find the relevant information but had no role in the creation of the parts themselves. So, I’m putting, as much as I can, an objective eye on the quality of such sets.

The top cowling and propeller of the Spitfire are surely amongst the most visible areas of a model kit of that airframe. Accordingly, the Revell design of that area is not really accurate to depict.

The airframe top cowling full part is covered by some bumps and lumps to make room for the Rolls-Royce Merlin engine accessories. This has typically been one weak feature of many Spitfire kits and this is unfortunately the case of the Revell model kit that copies some features of a restored plane. Hopefully, John did his homework to reproduce the accurate wartime configuration and replaced that cowling section with a single resin part. It is just a drop fit part and requires a minimum of resin gate cleaning. The profile of the very front of the kit nose is not fully accurate but it is not possible to solve that perfectly without rebuilding the full front nose. So, some compromise between accuracy and assembly is required and with a top cowling with correct features and a better shaped spinner, the result is fully acceptable, even for die hard Spitfire aficionados. 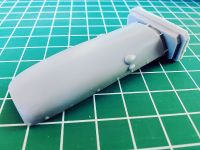 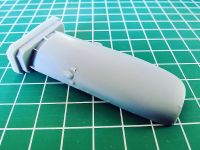 That set generated another variant as, when John tried to find wartime evidences of the correct features, he identified that the glycol coolant round hatch located at the front port side of the top cowling was slightly modified during the production of the early marks (I and II/V). When the production of the Mk II started the hatch location slightly went down on the cowling and the hinge design changed somewhat. These are quite small details but they are part of the rare visible features that can show the difference between Mk I-based airframes and the later first generation of Merlin-engined Spitfires. The faintly visible wraparound seam has also been included on the front top. So, reference AIMS32P37 is giving the top cowling for Mk I airframes whereas the other (AIMS32P36) is relevant for marks II and V -based generations of airframes. 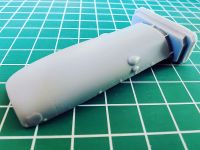 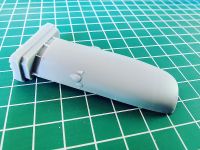 The kit propeller is also a little bit weak. The spinner shape needs some work and the profile of the blade is not accurate to depict correctly the Early de Havilland type. The plastic spinner is closer to 0.7mm too short and this unfortunately results in a wrong side profile. Some small details are also missing. Alas, there are not many accurate options to correct that. The resin part master was made from the original part. Moreover, the casting of the part is perfectly round. So, it mates the kit nose front without any fuss. 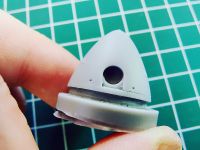 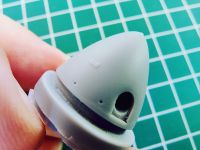 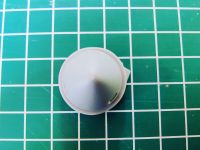 With regard to the blades, I found the same shape discrepancy when I wanted to use them to replace the terrible ones of my 1967 Revell Spitfire Mk I kit. Actually, they have a too large width to depict correctly the ones used on the early De Havilland propeller. It is possible to correct them oneself but getting three times the same result is far from easy. I know it as I had to do it. 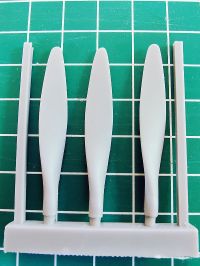 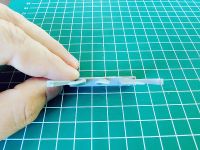 So, these small sets are really useful as they correct some very visible features of the Spitfire that were omitted by the other aftermarket producers.