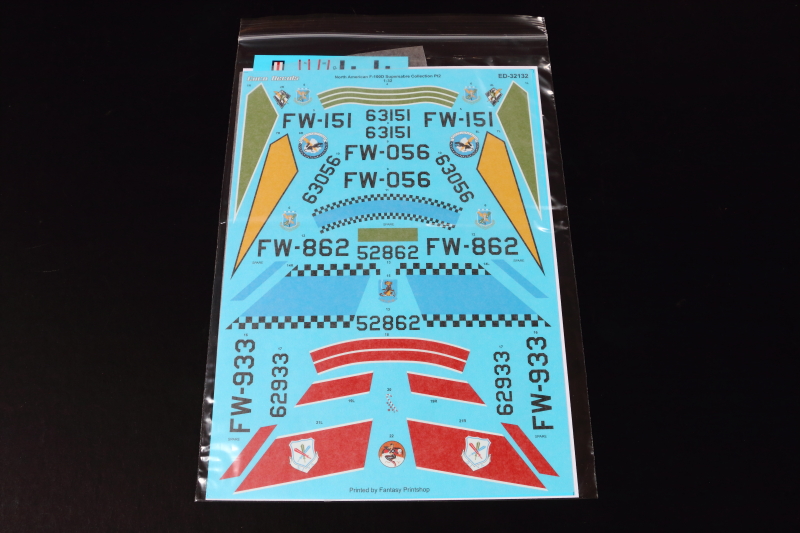 This is a follow-up set to 'Part 1' that we reviewed last year and provides another 4 colourful natural metal options for all those Trumpeter F-100D kits lurking in peoples stash piles. 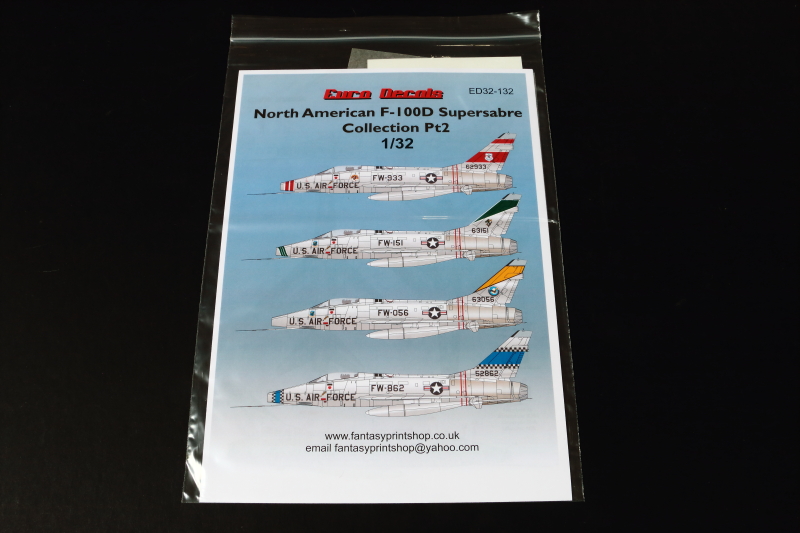 As with other Fantasy Printshop decals that we have reviewed, the print quality appears top notch, as we've come to expect from Fantasy Printshop, with good colour density and perfect register, along with a thin and absolutely minimal varnish layer. 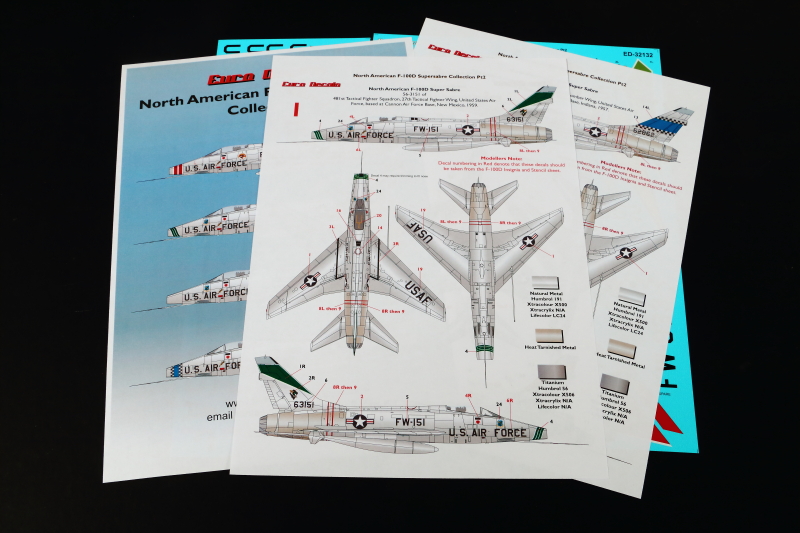 I've recently used a set of Fantasy Printshop decals on my build of the Flying Start Models Slingsby T31B TX.3 Cadet glider - and they behaved flawlessly.

Two large sheets are provided, one for the individual aircraft designs, and one for the generic national markings and stencils. 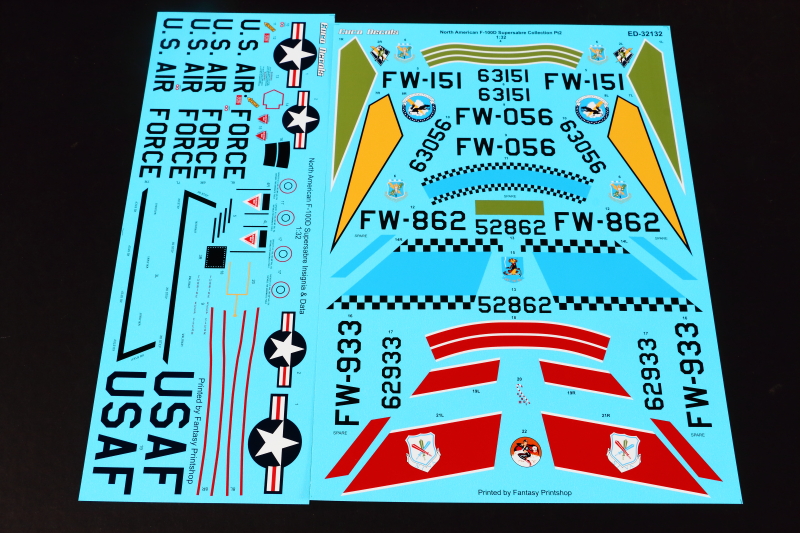 The main sheet is roughly A4 in size - and very colourful: 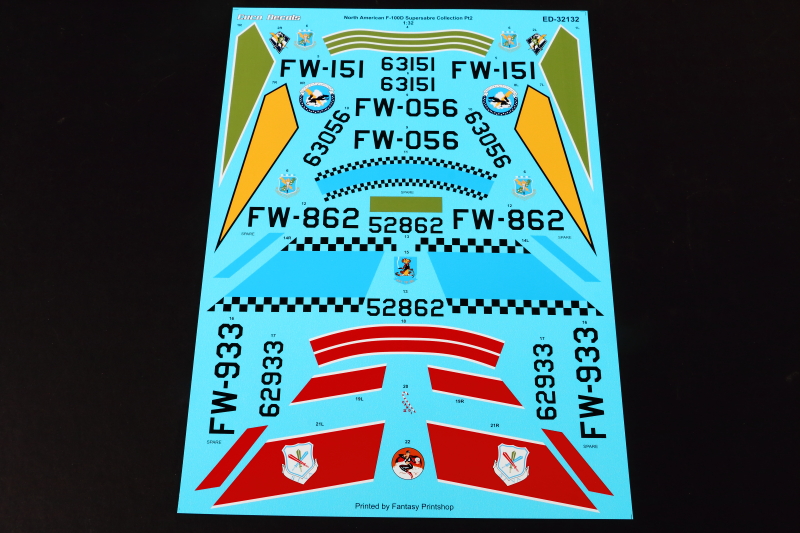 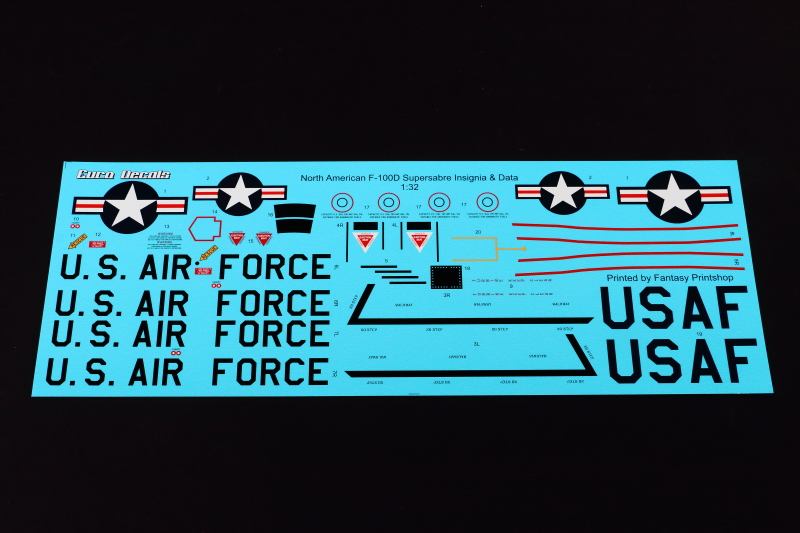 As with other sheets in the range, printing is on a blue ground making it easier to see all the white printed areas.

Printed in colour, the set includes detailed placement instruction that include relevant Humbrol, Xtracolour, Xtracrylix and Lifecolour references where applicable. 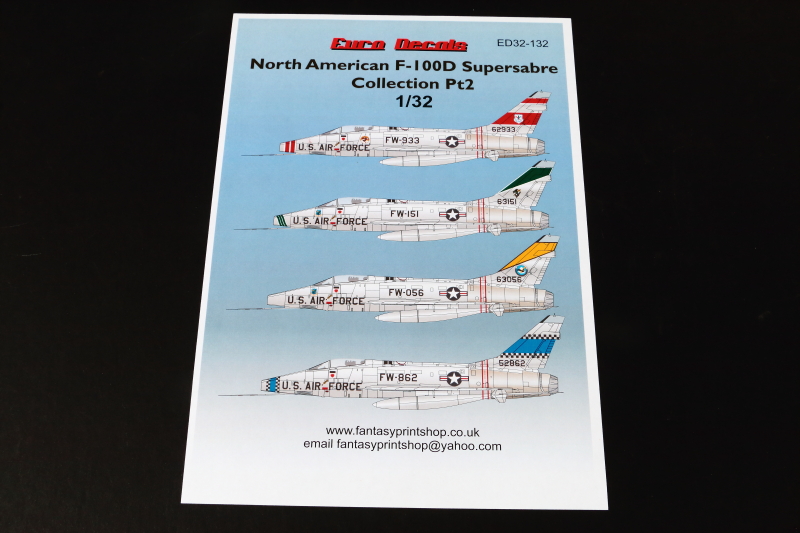 This is another really nice set of decals for the F-100D Super Sabre , with no shortage of colour!

This sheet is available directly from Fantasy Printshop.

Our thanks to Ray Horwell at Fantasy Printshop for the review sample.