Black Box has launched a new series of resin cockpits, known as The Combat Series, for the scale model builder. These are very high quality, limited edition detail sets. The first release in this series is an updated cockpit for the Tamiya F-4J, in 1/32nd scale. 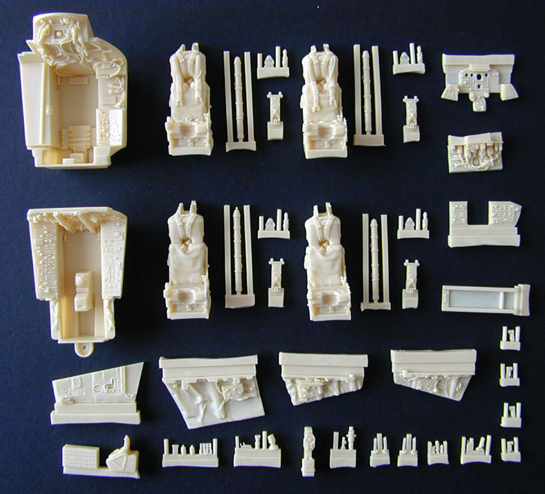 Black Box ships the update set in a sturdy box with smaller resin pieces secured in plastic bags. The larger resin tubs were individually wrapped. This is a departure from each of their previous releases that utilized small plastic containers. I assume this is necessary due to the sheer size and number of parts. The resin pieces arrived without damage. The large casting blocks used by Black Box go a long way to protect many of the fragile components in this set.

The update set is made up of almost sixty resin pieces, copper wire and instructions. Overall, the casting appears to be the very high standard that we have come to expect from Black Box. Jef Verswyvel is to be credited with creating the patterns.

The instructions are printed over two pages and include a complete parts breakdown with descriptions. The construction process is depicted in eight illustrated steps. The diagrams specify the correct location and part number of each resin piece. The resin cockpit does make use of some of the kit parts, most notably some parts from the instrument panels. These are all described in detail in the instructions. Unfortunately, limited painting suggestions are included. Modelers should take note that Detail & Scale, as well as the Verlinden Lock On books, could prove helpful as additional reference material. 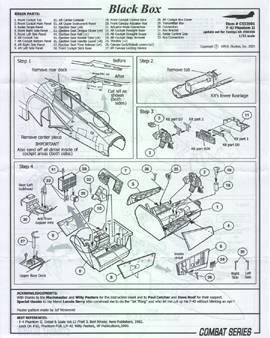 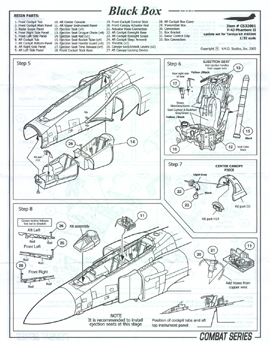 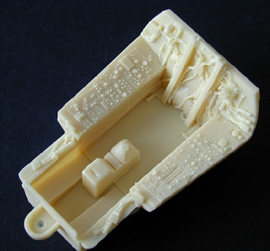 The forward cockpit consists of a large single piece tub, left and right sidewalls, instrument panel and a number of small resin parts. The instructions show in Step 1 that some cutting is required on the cockpit sill to achieve an additional level of accuracy. As stated in the instructions, all detail inside of the Tamiya fuselage will have to be sanded off for a superior fit.

The cockpit tub, as is the complete set, is perfectly cast with no air bubbles or flaws visible. It uses the existing fuselage mounts for attachment and a dry fit of the tub shows that it drops perfectly into place with a minimal amount of fiddling. Detail is very good with raised panels that should stand out with effective dry brushing. The sidewalls mirror the quality of the tub. Again all details are prominent and perfectly cast. Plastic rod, not included with the update set, is to be added to represent the canopy locking linkages. 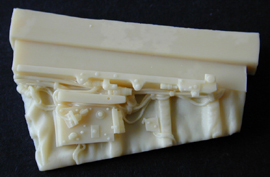 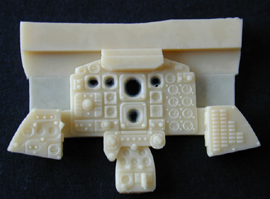 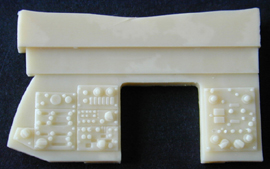 A number of small resin items, such as throttles, control stick and canopy lock/unlock levers complete the forward cockpit.

The rear cockpit follows the same format as the forward cockpit. It consists of a large tub, left and right sidewalls, instrument panel and additional resin details. 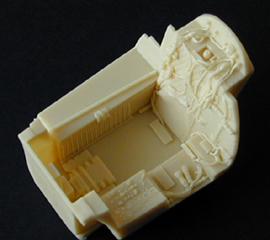 The rear tub is cast as a large single piece item. The attached photos show there are no molding imperfections to be found. A quick glance of the F-4 Phantom II book from Detail & Scale reveals that the rear cockpit and sidewalls are well researched. I couldn't test the fit of this tub, as some modifications are required of the kit fuselage which time didn't permit. The items to be removed include the cockpit rear deck and center piece from the Tamiya fuselage. Similar to the forward instrument panel, Black Box uses a mix of resin and kit pieces. 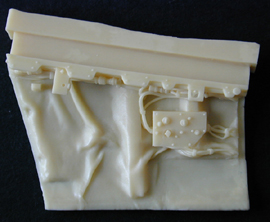 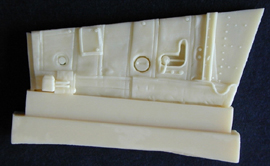 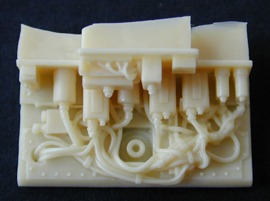 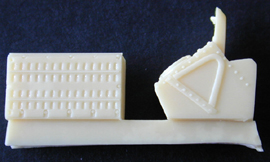 There are a greater number of smaller resin parts that need to be added to the rear cockpit, which really enhances the detail. These are items such as canopy lock/unlock levers, box covers, center console and steps, just to name a few. As an added bonus, Black Box has also included the aft cockpit periscope as found in British F-4s. This was found mounted to the left side of the center canopy.

Additional wiring and hoses for the canopy actuators are to be made from copper wire. This is included in the set but not shown in the accompanying photos. 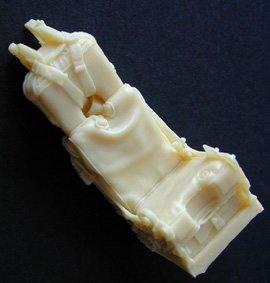 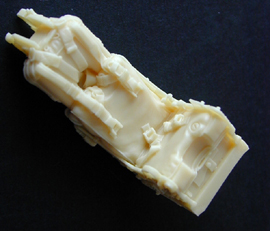 Black Box supplies four seats with this set. The modeler has the choice of using seats with harness detail molded on or off. While the choice is appreciated, I am sure this adds additional cost to the consumer.

The seat casting is of the highest quality. A number of smaller additional resin details need to be attached. Ejection handles are to be made from copper wire. When compared to photos of the ejection seat in Detail & Scale it appears that the prominent handle on the survival pack/seat cushion has been omitted. For those modelers that choose to use the seats without the harness molded on, additional harness details are not included. The instructions include painting details for the seats. 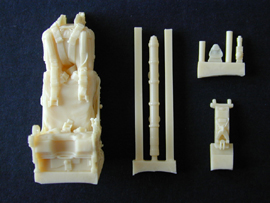 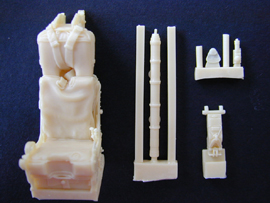 This completes my review of the new 1/32nd scale Black Box F-4J Cockpit Update Set. Modelers should note that these are limited to a production run of only 500 sets. This is to ensure the best in quality, as molds are less likely to deteriorate. However, the limited supply and the fact that four seats are included makes for a rather expensive add-on to your Tamiya kit. This will be made even greater if harness details have to be purchased from some other source. However, this update set is a vast improvement to the cockpit supplied by Tamiya. I will let you judge for yourself if the additional cost is warranted.

I am sure that given the popularity of the Phantom, these update sets will sell fast and I recommend that you pick up your requirements while supplies last!