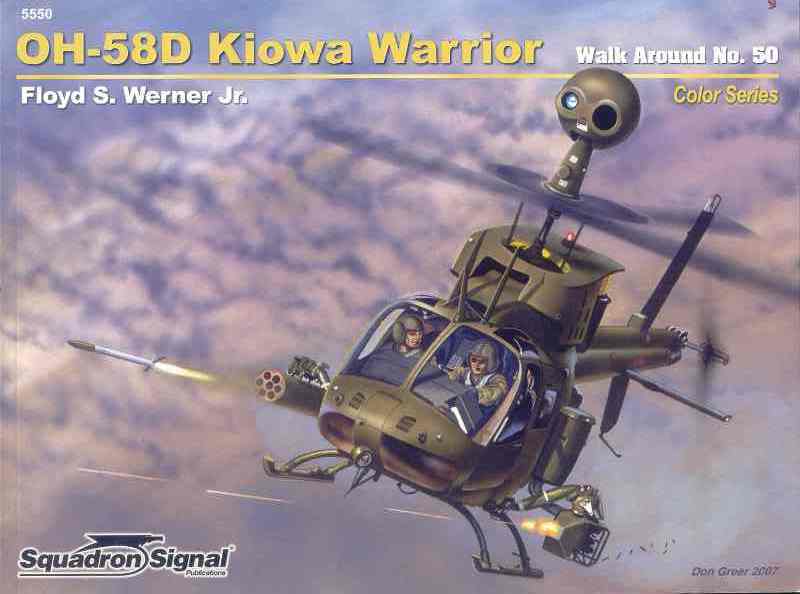 The Bell OH-58D. Innovative. Consistent. Unmatched. Offering unparalleled war-fighting capabilities, the Bell OH-58D Kiowa Warrior delivers the goods on the bad guys. Combat-proven world-wide, in long-range day and night target acquisition, this warrior-lookout claims multiple armaments. With characteristic low infrared and acoustic signatures, as well as multi-purpose quick-change kits, the Kiowa can be armed and ready to fight less than 10 minutes after off-load from a C-130.

Like no other armed reconnaissance helicopter in the world, the OH-58D survives combat with a countermeasure suite, which includes:

The mast-mounted sight enables the Kiowa Warrior to fight both day and night, at the maximum range of its weapons systems - and with minimum exposure. The aircraft remains concealed during all but a few seconds of an autonomous engagement, making it considerably more survivable than gunships with nose-mounted sensors.Systems inside the mast include:

The Kiowa's power train gives the speed, lift and maneuverability needed to endure battlefield conditions. Standard on the OH-58D are:

Floyd S. Werner Jr. is known to many of us as an extremely talented modeler, but what some of you may not know is that he’s a retired U.S. Army pilot. After cutting his teeth, so to speak, on the Cobra gunships in Operation Desert Storm, he began flying the Kiowa Warrior in 1996 when his unit received the last unarmed versions. Once that unit was decommissioned, he returned to the United States as a maintenance test pilot assigned to 1st Squadron, 7th Cavalry, 1st Cavalry Division at Ft Hood, TX. During this time, he primarily operated the OH-58D®. Eventually, Floyd’s unit deployed to Bosnia in 1998, supporting operations there with a 95% success rate (compromised only by material issues).

So, it stands to reason, that Mr. Werner had a few pictures of this aircraft laying around(!). What he did with them, combined with his writing skills, was create Squadron Signal’s newest Color Series Walkaround book: OH-58D Kiowa Warrior Walkaround No. 50. Presented in Squadron Signal’s usual paperback style, this summary of the Warrior will not disappoint fans of rotary-winged aircraft. 80 glossy, high-quality pages are loaded with full color pictures. The front and back covers are adorned with artwork by Don Greer. There are 4 pages of color profiles. The first page contains a dedication and acknowledgements. Each photo has a comprehensive, explanatory caption.

One thing of note is this; I have noticed lately, in several recent Squadron Signal publications, that many photos are barely usable, yet still run in the production lines. Apparently, this issue is due to the printer used for those issues. This book, however, did NOT suffer the same fate as those issues (one that comes to mind is the recent Harrier Walkaround). All of the photos in this book of Kiowa Warrior walkaround shots are crisp, clear, and provide close-ups of the aircraft inside and out.

For modelers, rotary-wing aficionados, and anyone who loves looking at photos of the inner workings of machines, this book is a must-have. I know I’ll be using it heavily when I build the Academy Kiowa Warrior! Most highly recommended.

My sincere thanks to Floyd Werner for the review copy. 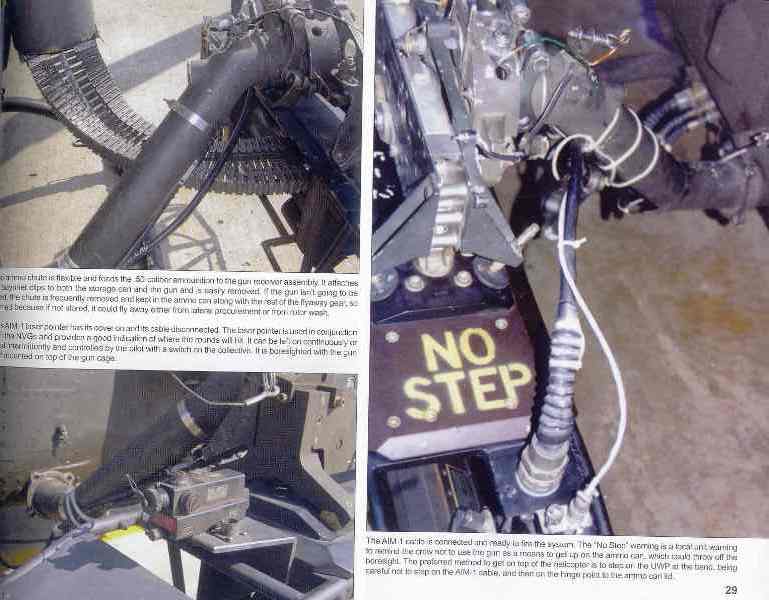 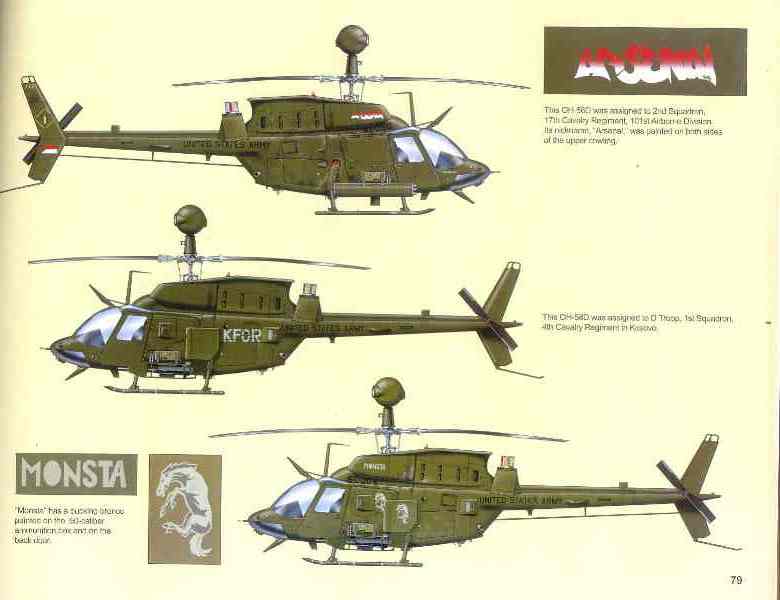 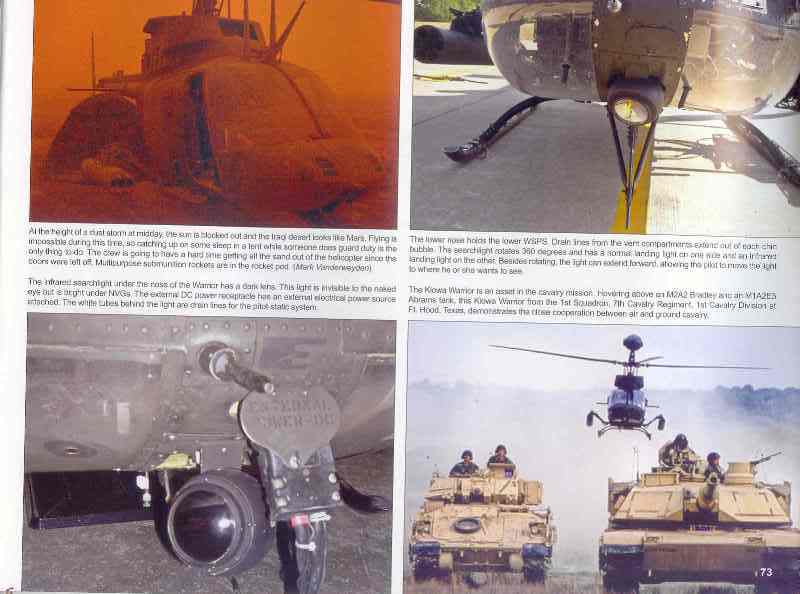 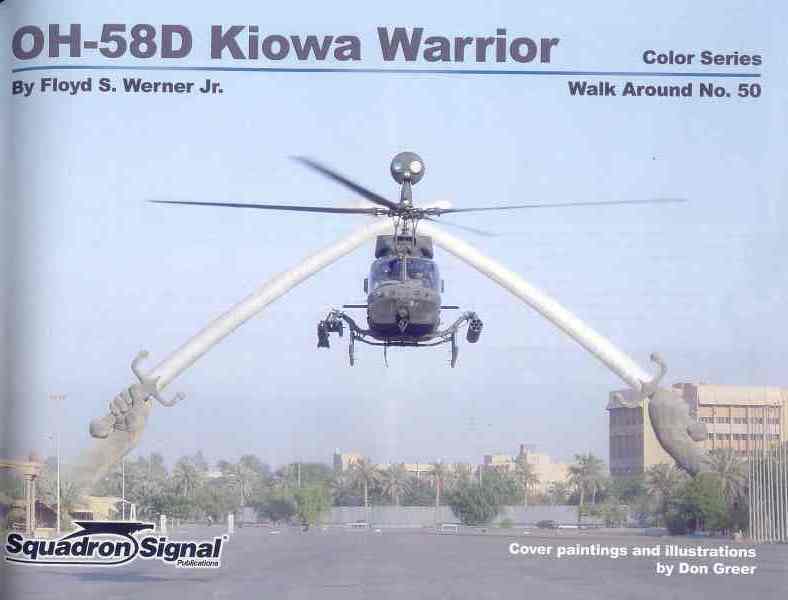