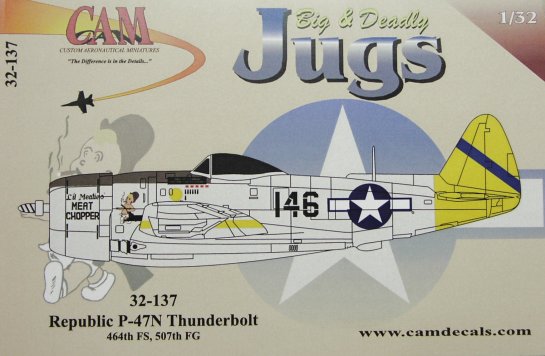 As we all know the folks at CAM support large scale aircraft in a way that not many other companies can match. Their 1/32 F-4 Phantom decal line alone is nothing less than stunning in it's scope. Skyhawk, Tomcat, Hornet, and A-10 fans all know just how well-covered these aircraft are by CAM.

While every company has its focus (and CAM's is clearly 1/32 Jets), there are magic times when it's resources and quality are applied to "something new." That's what CAM is doing with their new Republic P-47N decals. There are currently two sheets available; the sheet covered here, and another new sheet (32-157) that offers a 19th FS/ 319th FG ship (also based at Le Shima).

The ship represented on this sheet is a fairly famous Thunderbolt flown by Lt. Oscar Perdomo of the 464th FS. The nose art was inspired by Perdomo's young son.

This Jug was his ride when he downed 5 Japanese planes in a single mission on August 13th 1945. It should be noted that the Atomic Bomb dropped on Nagasaki was delivered on the 9th of that month, desperate times for the JAAF.

Perdomo's group was on a sweep of the Nagasaki, Kyushu, Keijo (Seoul, Korea) area. With the N's superior range, missions from Le Shima were routinely 5-8 hours long. During the patrol enemy aircraft were spotted, and with the war coming to a close most Thunderbolt pilots dispersed on individual chases.

Perdomo shot down 3 "Franks" (reported at the time as "Oscars") and 2 "Willow" bipe trainers on this hop to become the last "ace-in-a-day" of the war, as well as the last ace proper. 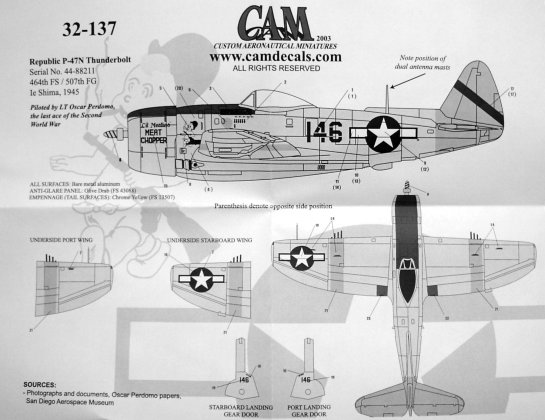 All markings are present with the exception of a full stencil set. While a full stencil set for the Thunderbolt in this scale would take up a lot of room, some critical stencils are sadly missing. Most noticeably the ship's ID plaque forward and below the front windscreen on all P-47s.

The yellow wing stripes are offered, and while that in itself is a nice addition, personally I have never seen the use in delivering "partial" colored markings on decal sheets. The color matching for other parts using the same color is never worth the convenience of the decals in my opinion. For my taste it would have been a better use of space to include more stencils and leave the stripes to be solved by the modeler. Given that the ONLY 1/32 P-47N available is Jerry Rutman's full resin kit (or at least his conversion set for the Revell Bubbletop) one has to assume an above-average user, this would suggest that the yellow stripes (while a kind addition) might be destined for the parts box anyway.

With that out of the way there is no bad news on this sheet. Again, detail is excellent and the sheet is very well researched and produced. The choice of this ship is clearly a wise one on the part of CAM. By far the most famous N of WWII, Perdomo's Jug is a natural call. 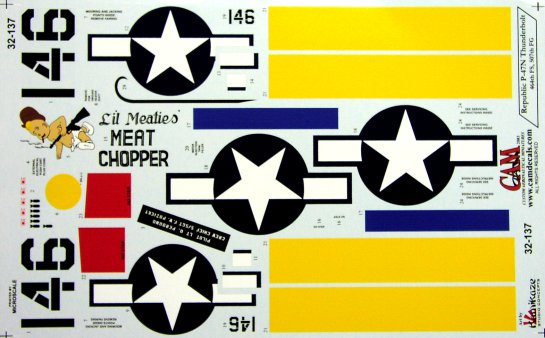 The instructions are simple and clear, and will lead to a fully authentic reproduction of the "Chopper". The sheet itself is colorful, well detailed with accurate and very crisp registration. 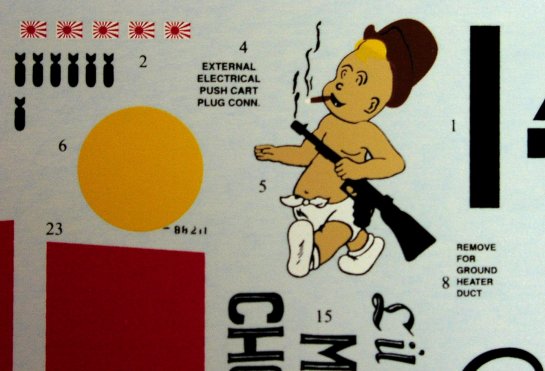 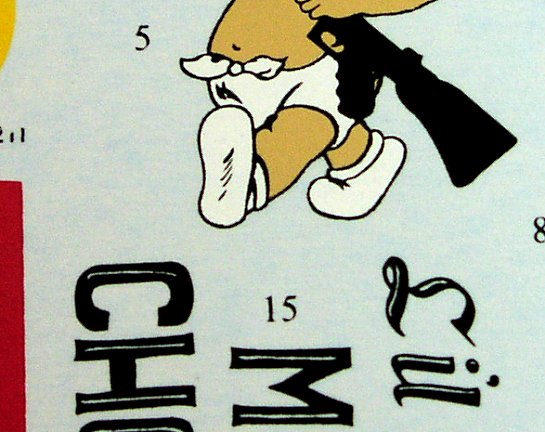 These detail shots tell more than words can. The artwork is superb and delicate.

With this quality we can only hope that these sheets are the start of something new for CAM, and not the end of a marketing experiment. Can you imagine a world in which CAM's efforts are applied to WWII content in this scale? I don't know about you, but that thought gets visions of kit and decal combinations going in my head that leave me in a daydream.

What else you'll need to know...

CAM's website for details and a catalogue of all their other great products in large scale.