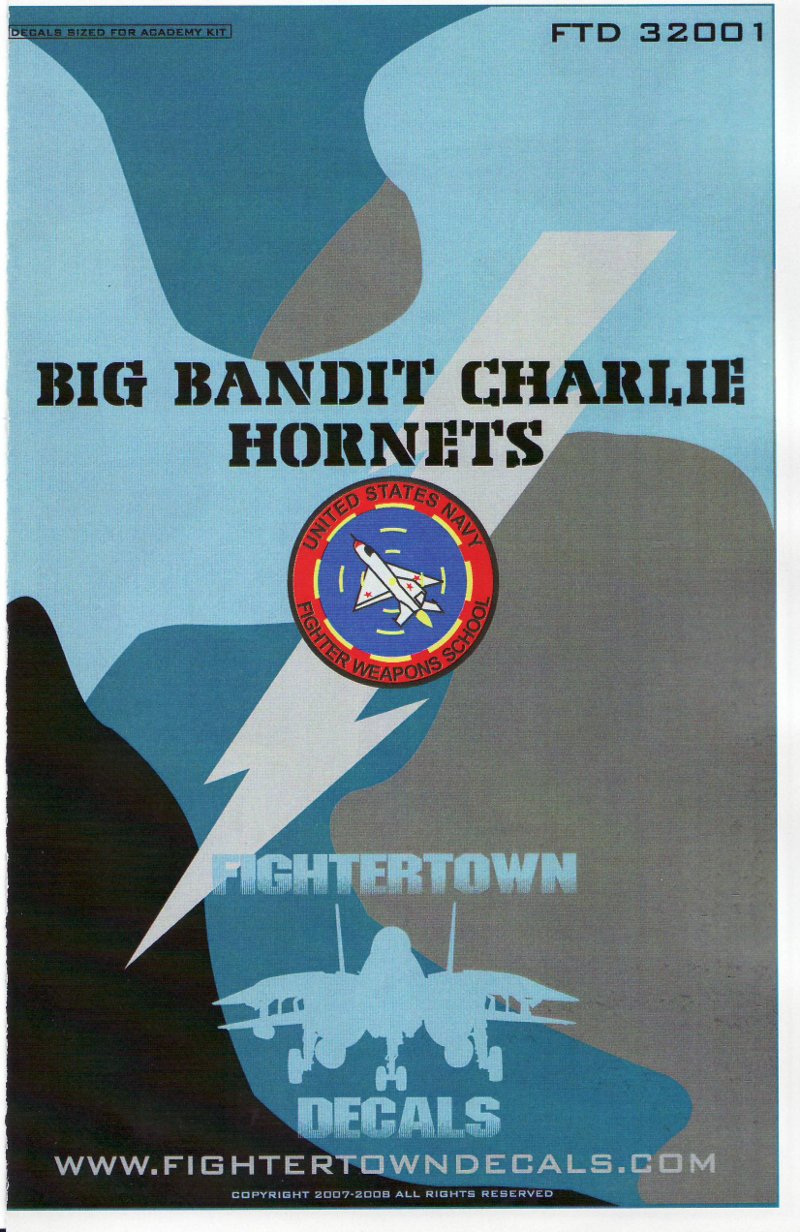 For those that attended the IPMS Nationals last year in Virginia Beach, you may remember Fightertown Decals. Although you may remember them for their decals, you may also remember the Fightertown girls too. You also may recall that their specialty is producing decals for modern naval aircraft - especially the F-14. This sheet, the first in their 1/32nd scale catalog, is all about the adversary F/A-18Cs at the Naval Strike and Air Warfare Center.

Adversary schemes are always interesting and really catch the eye when on display. The two aircraft depicted in this set are no exception. The markings options are:

Both schemes are very colorful and will look great when done. Up close and person photos for additional reference are provided on the Fightertown Decals website. The photos display 163503 and it's details. However, the markings are very similar for 163708 as well. 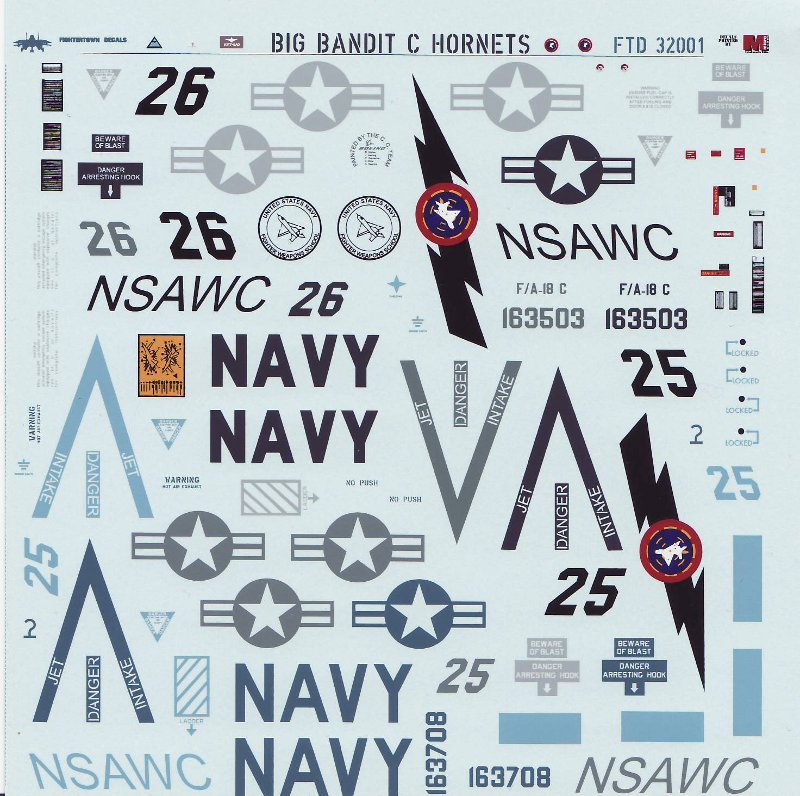 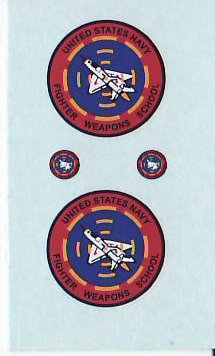 The decals are very thin with a minimum of carrier film surrounding them. The colors are well done and match up nicely with their appropriate scheme. The decals also include the major stencils that are on the airframe. There are a few of small stencils, especially those for the landing gear and the ejection seat - which are great additions to this set. So be patient and be careful. The full color marking and painting guide provides the modeler with a clear color callouts and decal placement. The modeler really has to work hard to screw up the paint job with these instructions. My apologies for the poor colors in the scan, my scanner was not cooperative at all. 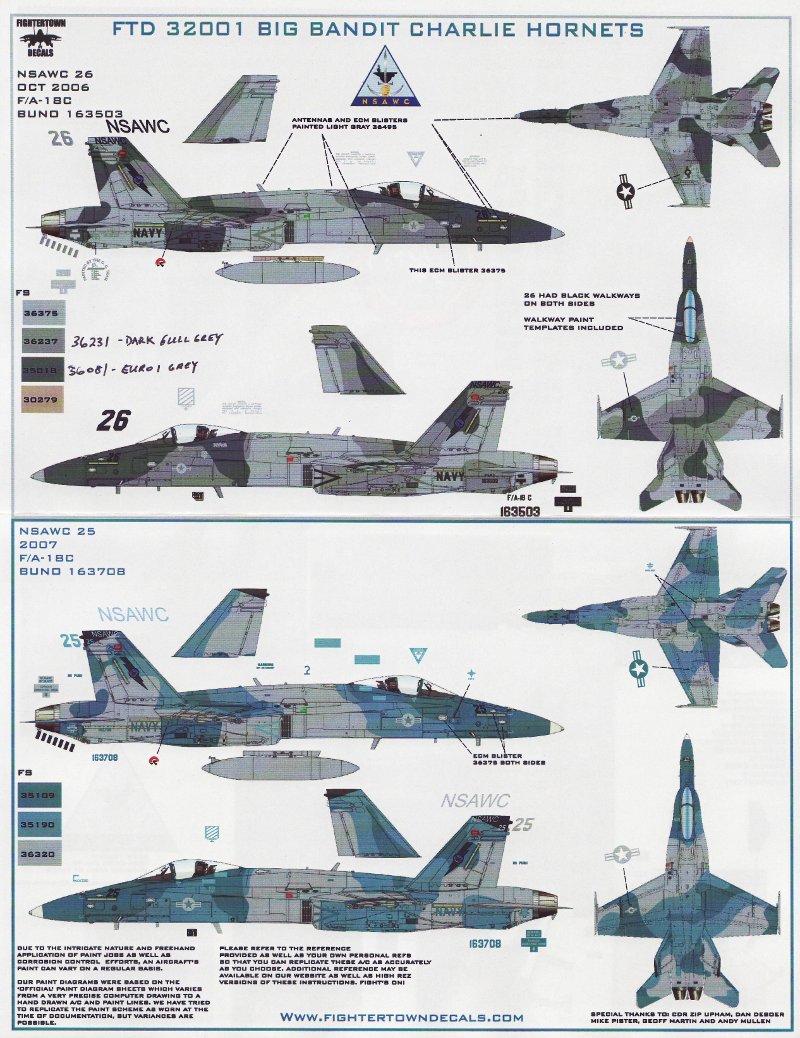 My set also included some replacement decals for the Naval Fighter Weapons School emblems on the vertical stabs. A closer inspections revealed that the originals are a two decal affair with the lettering and MiG outline being a separate decal from the color. These other decals are meant to replace the two decal method with a single decal for those of us who prefer the single decal route. 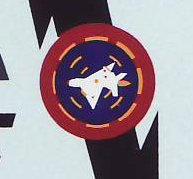 These decals are a very nice addition for the large scale modern jet modeler.

A big Thank You to Fightertown Decals for the review samples.

Fightertown Decals are available for purchase on their website.