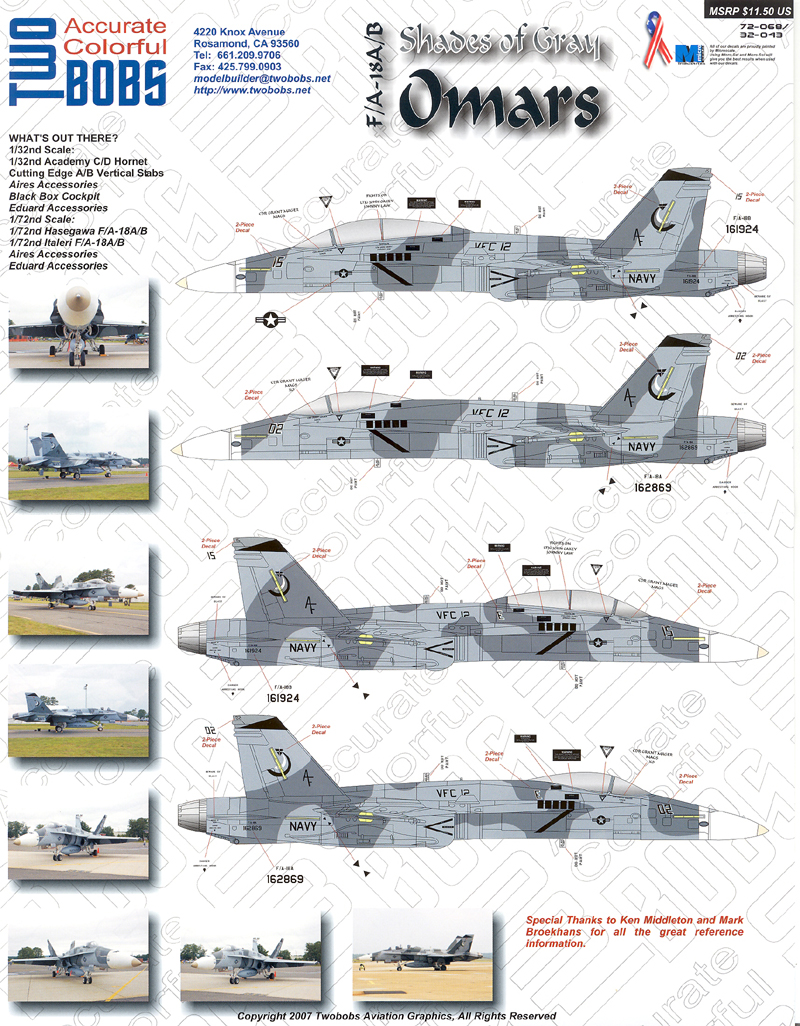 Twobobs Aviation Graphics have released new markings in 1/32nd scale for the F-18 Hornets of VFC-12, The Fighting Omars. Though not of interest to our LSP readers, 1/72nd scale markings are also included composing sheet 72-069.

Two types of Hornets are provided. The modeler has the choice of single seat F/A-18A or two seat F/A-18B schemes. Both are finished in identical camouflage patterns mirroring that applied to the MiG 29:

Twobobs suggests the best kit for this decal sheet is the Academy release in 1/32nd scale. Of course, the single seat kit represents a later F/A-18C so the resin conversion from Cutting Edge may be required to accurately replicate this scheme. The earlier Hasegawa or Revell release would also be an option.

The instruction sheet follows the traditional Twobobs format. You are provided with all necessary views printed in color. Complete painting details are included cross-referenced to FS numbers. Supporting data in the form of eight thumbnail photos are also included. 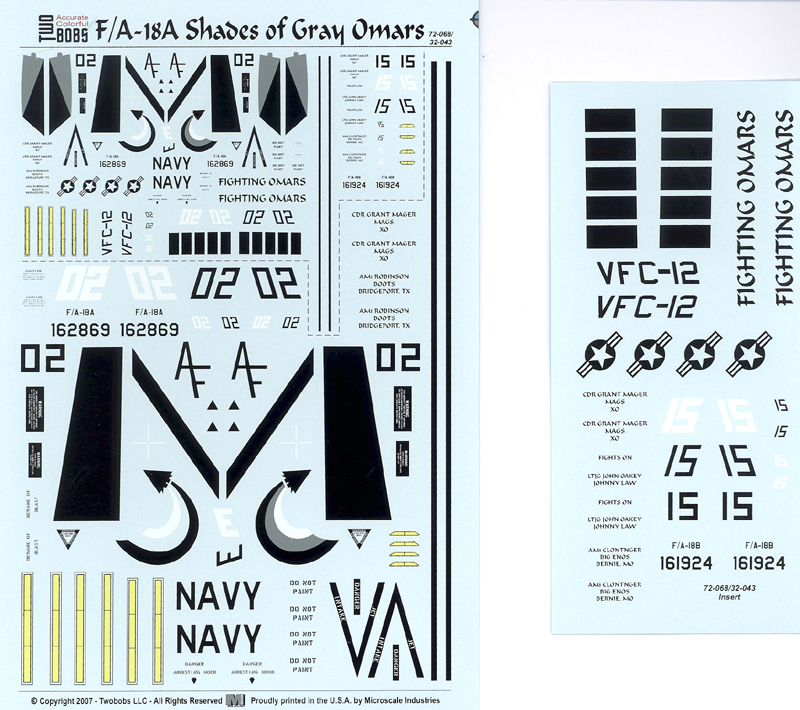 The decals are printed by Microscale Industries over two pages. They are in perfect register and appear very thin with minimal carrier film. I anticipate no problem in applying them.

The Fighting Omars routinely deploy in their adversary role to train east coast Navy squadrons in Dissimilar Air Combat Tactics (DACT). As such, they display very unique paint schemes that proves to be very interesting. Any modeler with an interest in the F/A-18 or Adversary Squadrons will appreciate these new markings. I am sure they will prove to be very popular and I recommend them without hesitation.