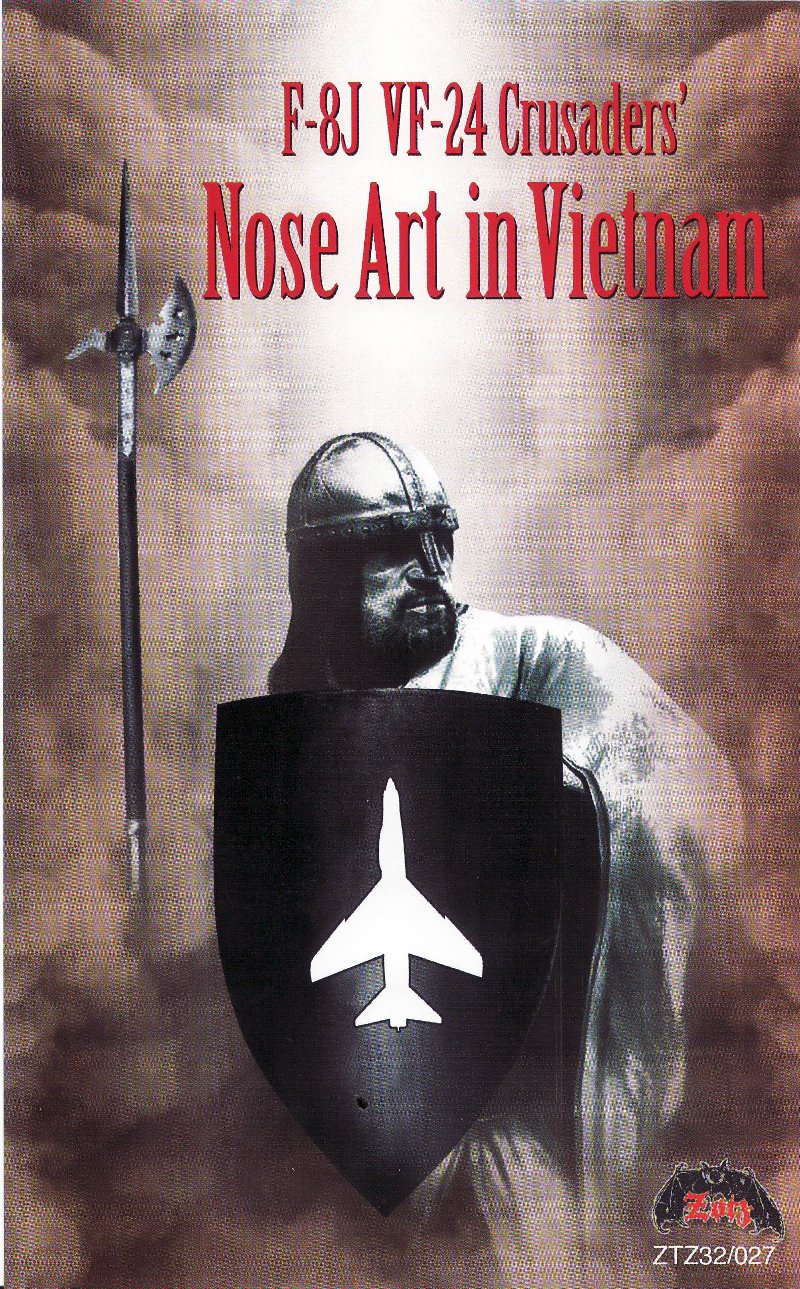 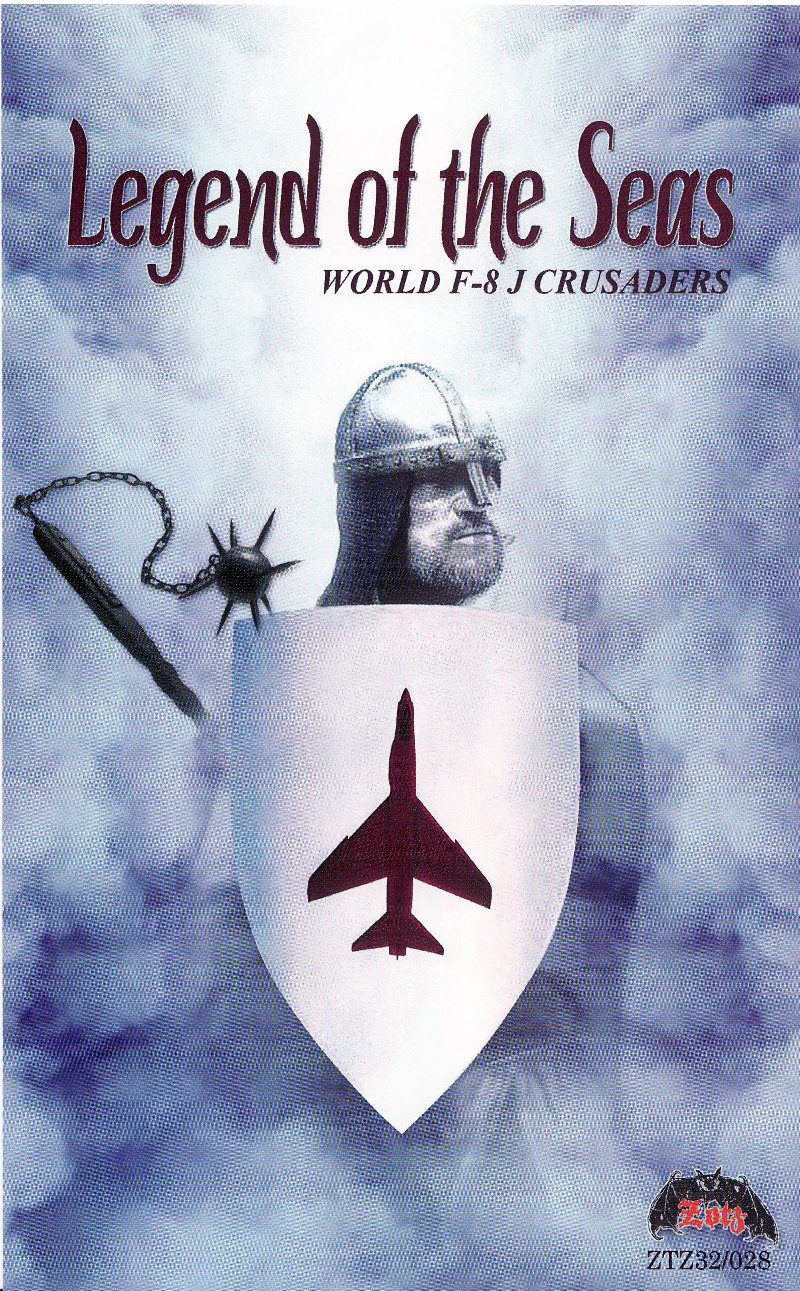 So, you've taken the plunge and purchased Trumpeter's big new Crusader, or you've just received it as a gift. You can't decide what markings to put on this, but you know you want something unique. Well, Eli Raphael of Zotz Decals has recently released two new sets of decals that may satisfy your quest for uniqueness.

The first set, titled "F-8J VF-24 Crusaders' 'Nose Art in Vietnam'", cover six aircraft during VF-24's first F-8J cruise aboard the USS Hancock, January 1972 to October 1972. During this cruise, members of the squadron utilized the talents of one of the enlisted crew members aboard the Hancock during this cruise. 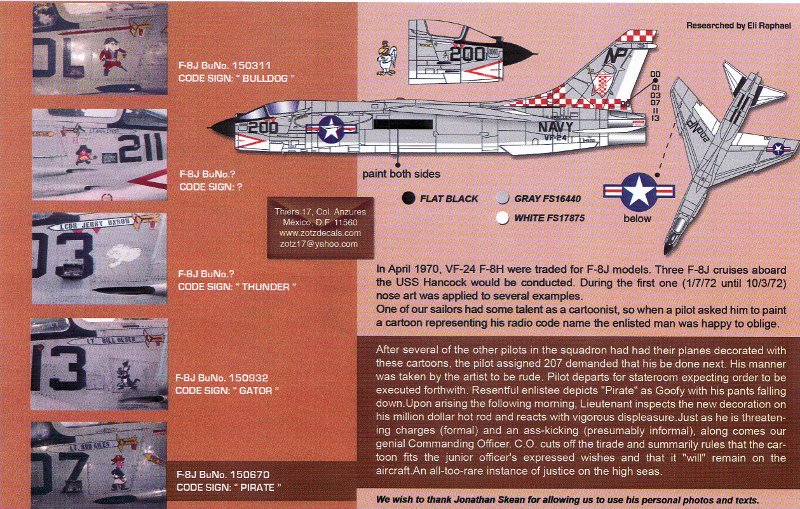 The six options in this set are: 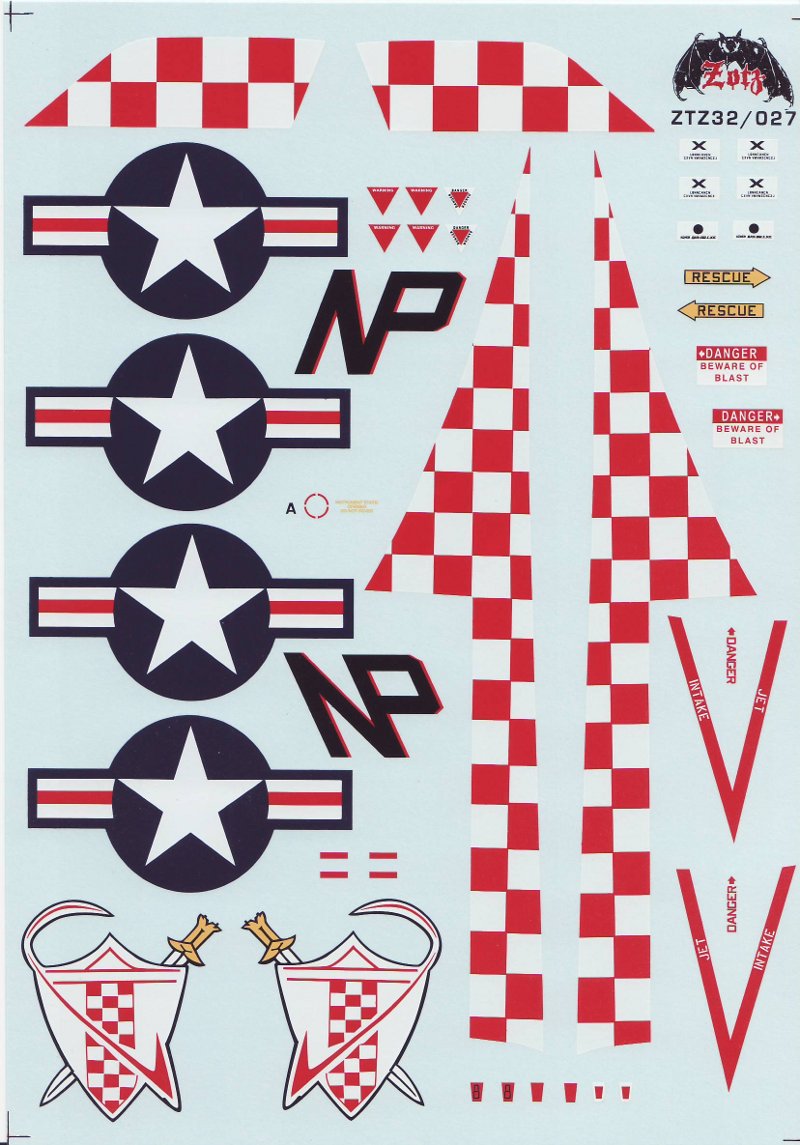 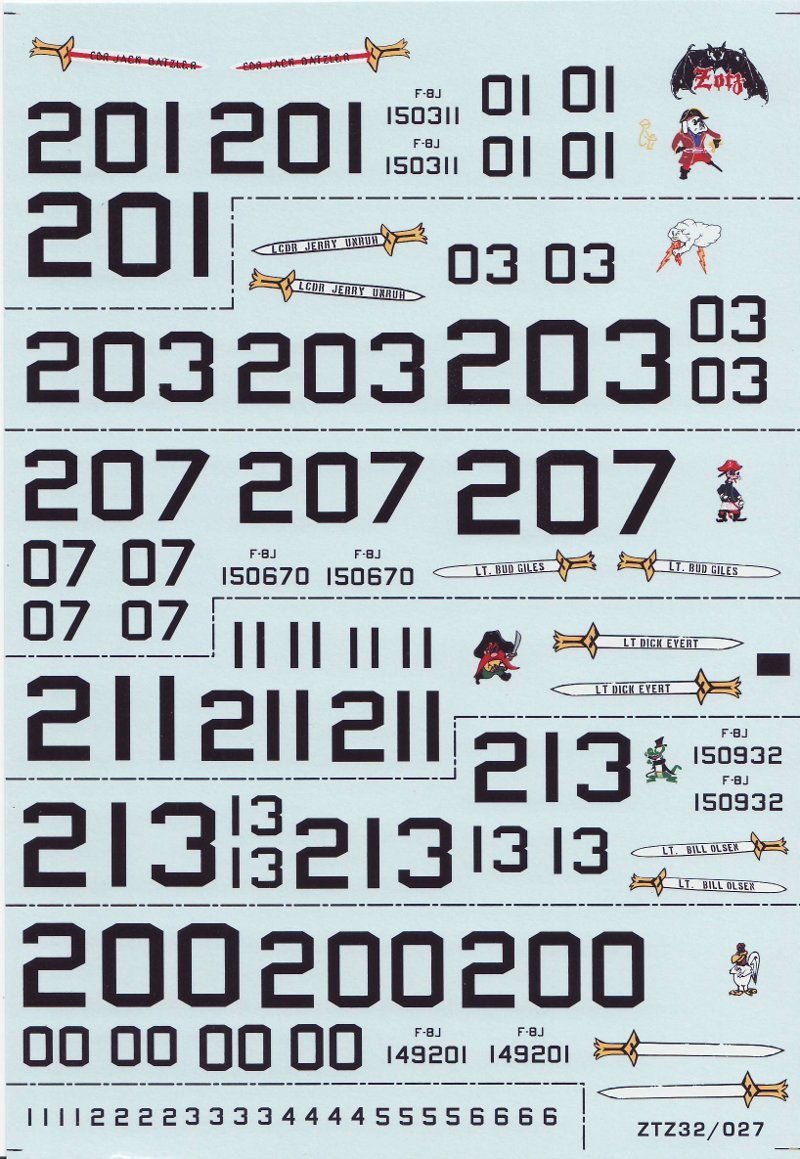 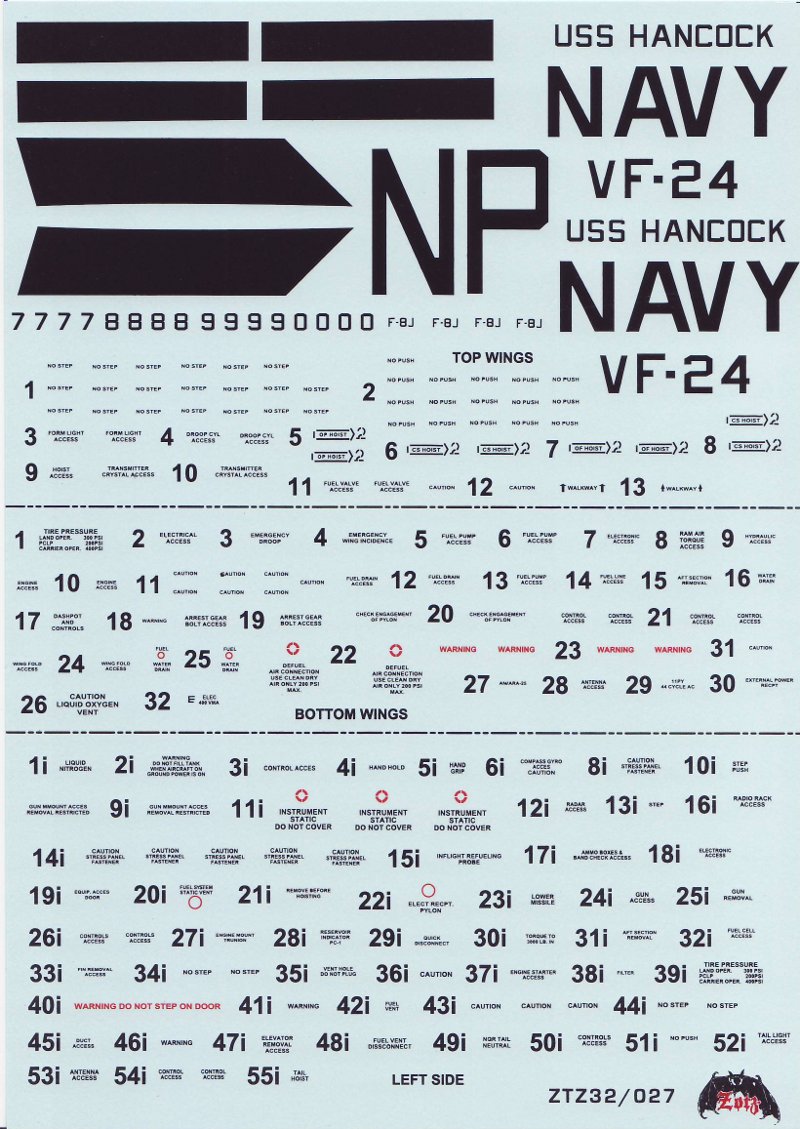 The second set, titled "Legend of the Seas 'World F-8J Crusaders'", covers two Navies that flew the F-8 extensively. Both the US Navy and the French Navy made great use of the Crusader throughout the Vietnam War and into the 1990s with the French Navy. The French option is the last French Crusader to take a cat shot. Marked up in celebratory markings, this is certainly a unique aircraft with unique markings. 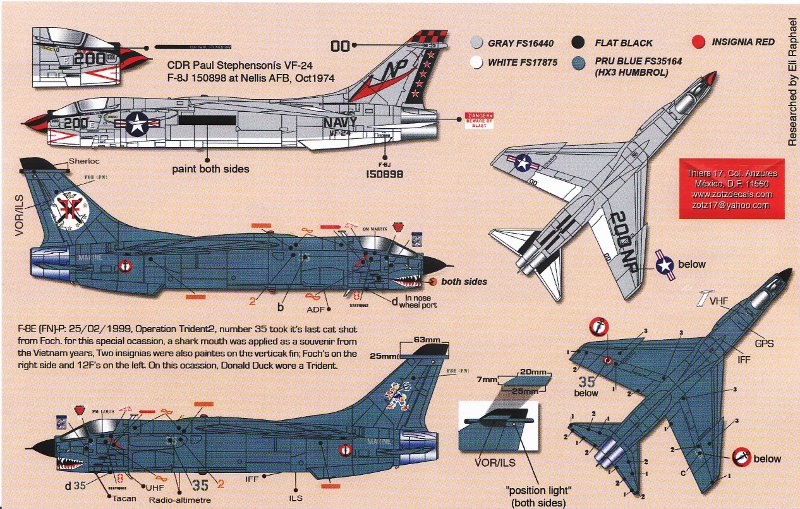 The two marking options in this set are: 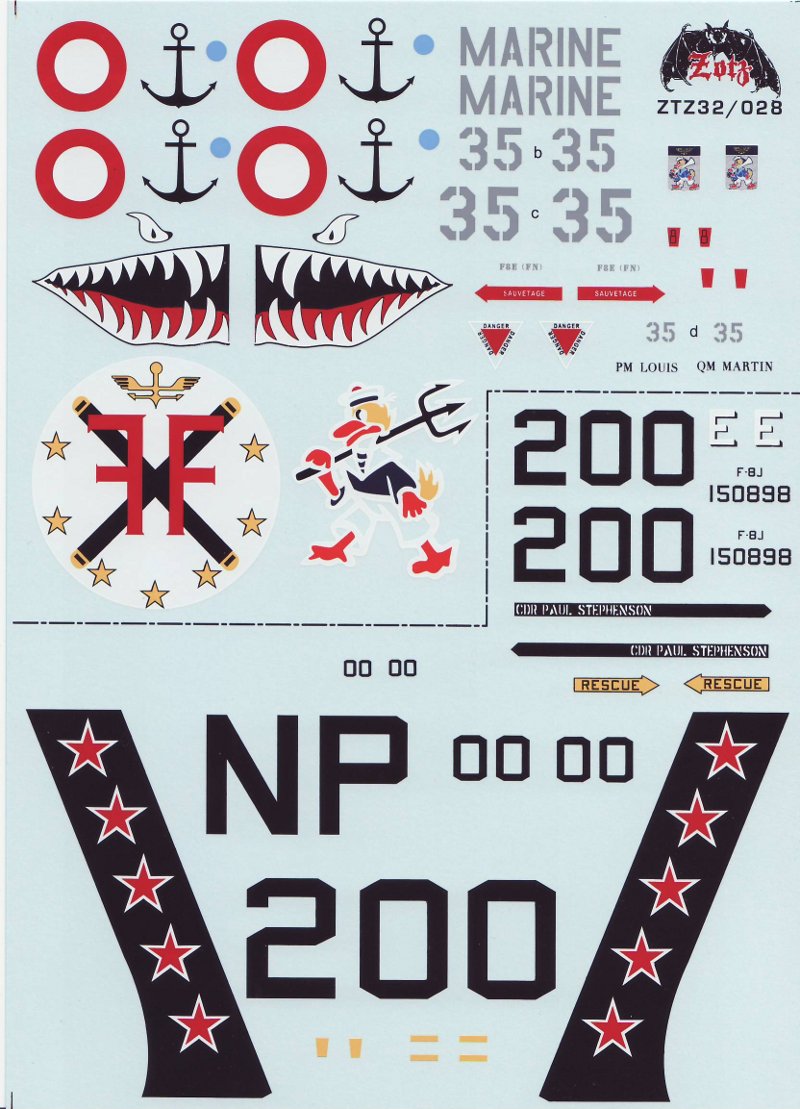 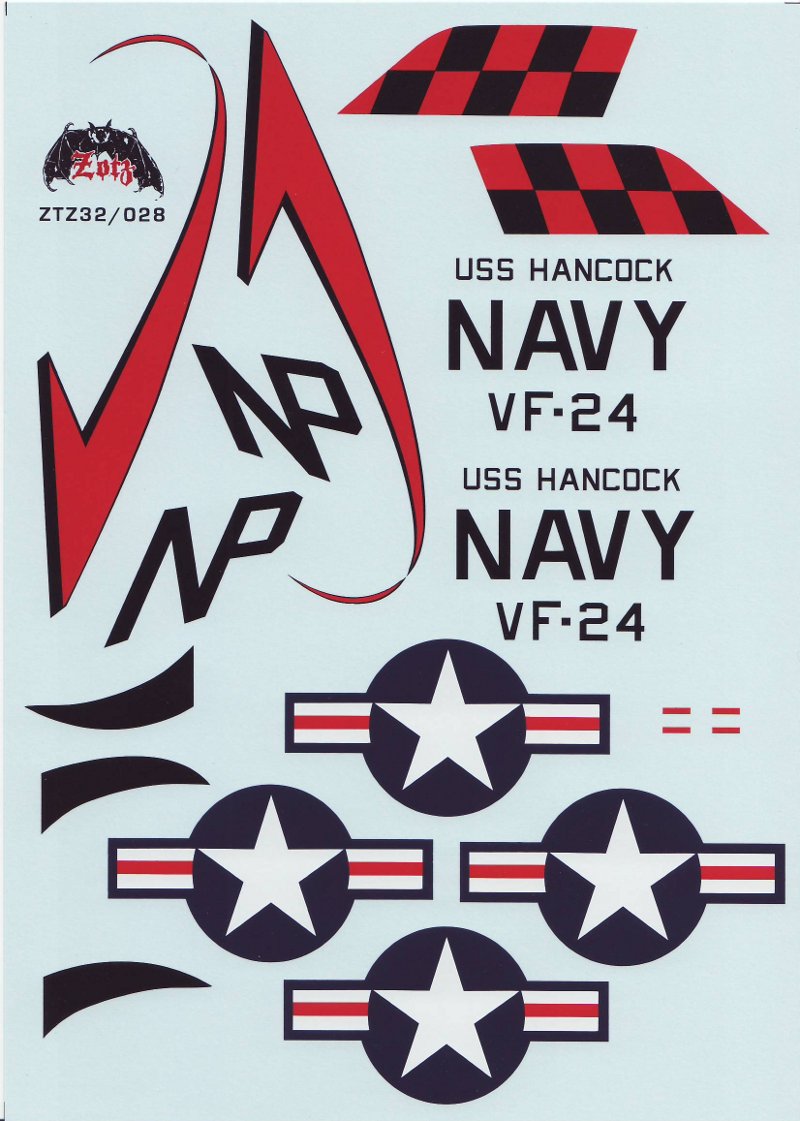 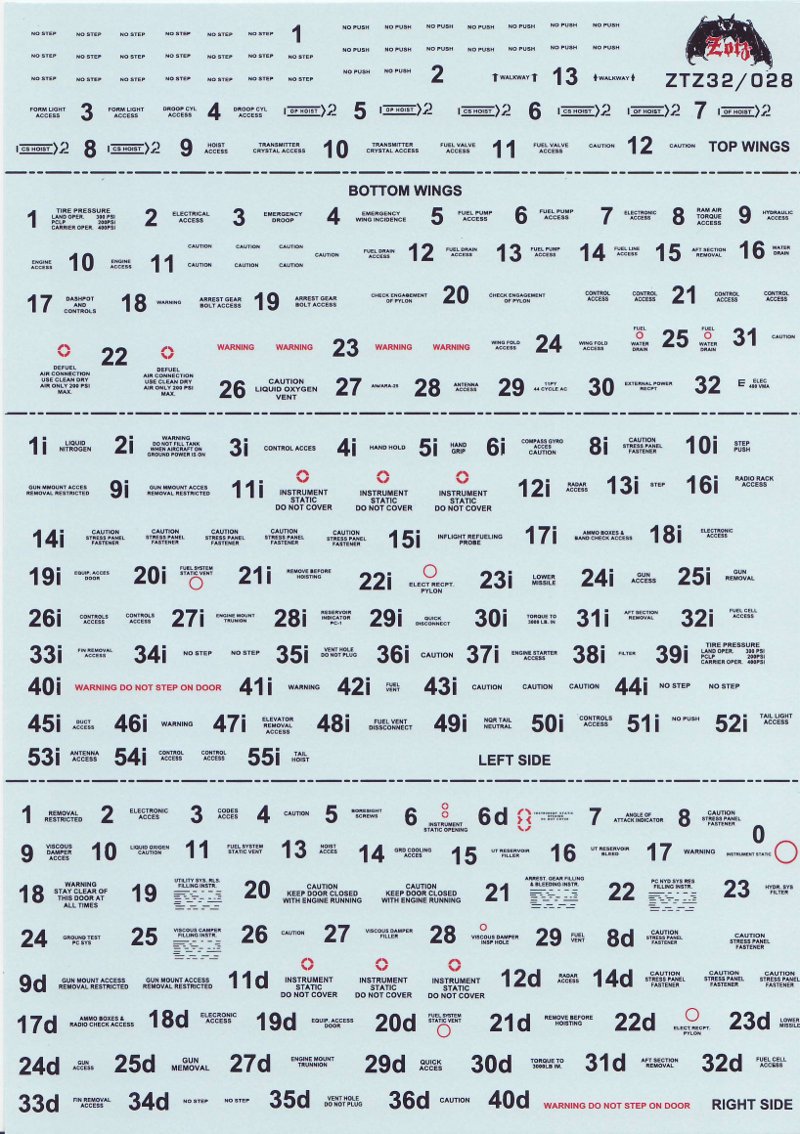 The decals in each set contain great colors and have excellent registration. The decals are fairly thin and each decal has a minimal amount of carrier film is present around the decals, so they should just disappear into the clear coat. In addition to the main marking, a full set of stencils is provided for the aircraft, including French stencils for the French Naval aircraft. For the U.S. stencils, each area of the aircraft is delineated for ease of location. There are a lot of stencils, so plan on applying them over the period of a few days. Make sure to take your time and be patient.

These decal sets are sure to create conversation around any display or contest table. They are a great finishing touch for the big Trumpeter Crusader.