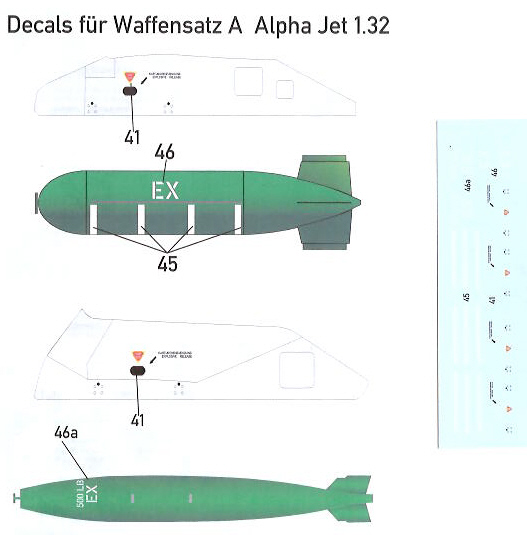 Fliegerhorst Authentics has released a couple of sets of armament to accompany their new 1/32 Alpha Jet A release. This is the first of them, Set A, which includes two different types of ordnance; Mk 82 "dumb" bombs, and BL 755 cluster bombs.

There are two BL 755s included and four Mk. 82 bombs included, as well as two spinners for the BL 755s, two bomb racks and some decals for stencils. Both bombs are provided in two halves in a white resin. Casting is OK with few bubbles, although the mating surfaces are pretty rough so expect some work on the seams. 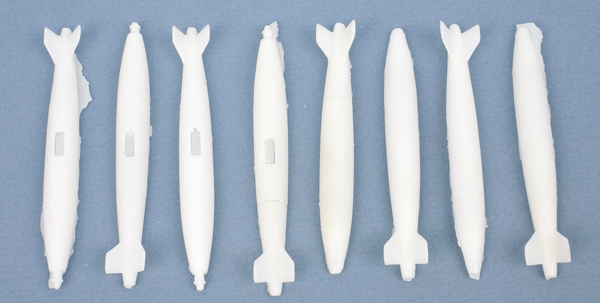 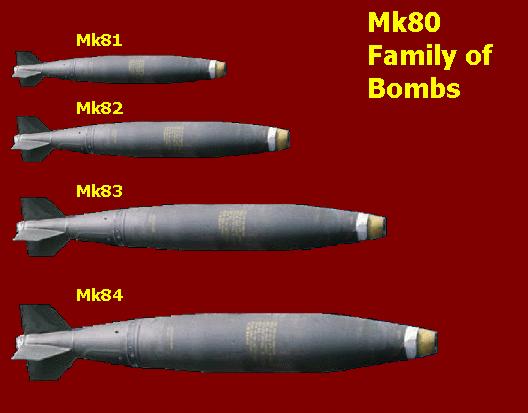 There are some problems with the Mk. 82s. From dimensions I found on the internet, they are about right in diameter, but are too long by quite a bit - about 5mm. Also, I believe the tail fins are shaped wrong. From all the drawings and pictures I have found on the Mk. 82, there has never been a sweep to the trailing edge. The trailing edge should be square to the centerline of the bomb.

The BL 755-s appear to be pretty darn correct, with correct fins and detail. The length may be slightly too long, but only about a millimeter, and that could be removed from the tail cone as from the few drawings I found I don't think it extends as far as provided. Check your references though as I have very little on the BL 755. It isn't bad right out of the package.

I can not really recommend this set as you can get the BL 755s in Set B, and better Mk 82s can be found in other kits or other aftermarket sources.

Credit for the graphic to: http://www.aerospaceweb.org.