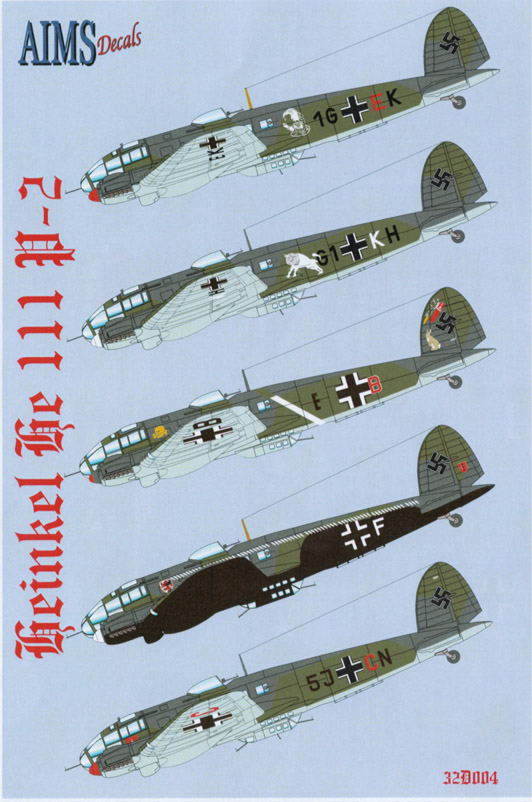 The latest decals from AIMS are for the forthcoming Revell 1/32nd He 111P-2 kit. They provide some colorful options from the kit decals. 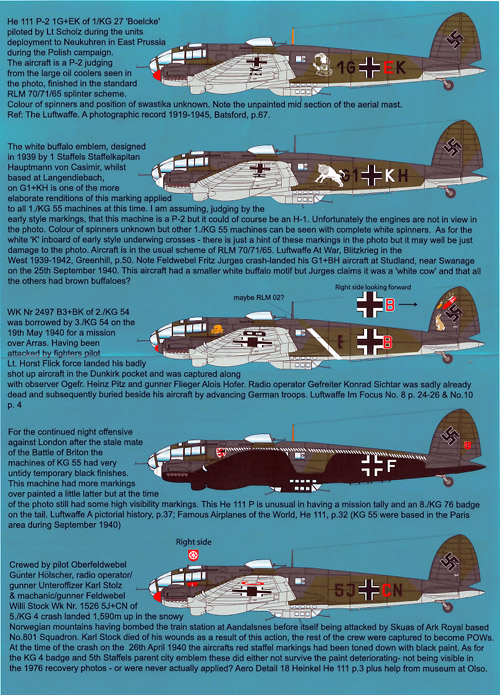 Included in the set are decals for 5 aircraft, 1G+EK of 1/KG 27 during the Polish Campaign featuring a large white drawing of a demon(?); G1+KH of 1./KG 55 featuring a partially colored white buffalo from the Battle of Britain; B3+BK of 2./KG 54 with a yellow skull and white diagonal stripe from the Battle of Britain; +F of KG55 in temp black paint and a large run of mission markings plus two different unit badges, from the night offensive on London; and finally 5J+CN of 5./KG 4 that crashed during the Norway Campaign. 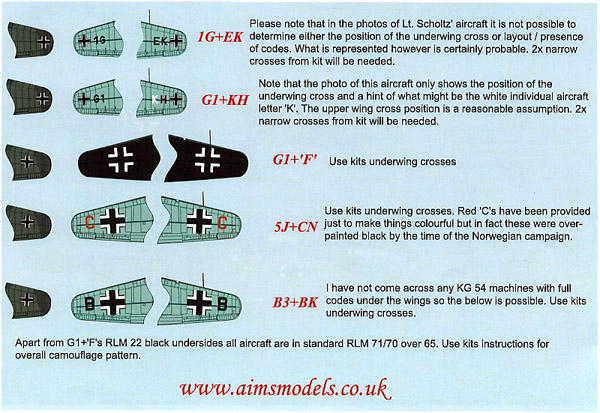 The decals are printed in rich colors with good registration and very little extra film around the markings. Where use of kit national markings is required is noted. The decals only provide alternative national markings when needed for the individual aircraft. Instructions are in color with side views, scrap views of the top and bottom of the wings, plus written notes including references which is always a big help. 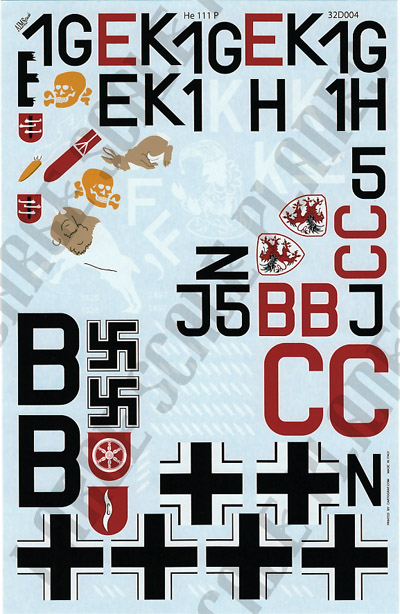 In summary, another good alternative for the new bombers from AIMS Decals! Recommended for all He 111 fans. Available from www.aimsmodels.co.uk