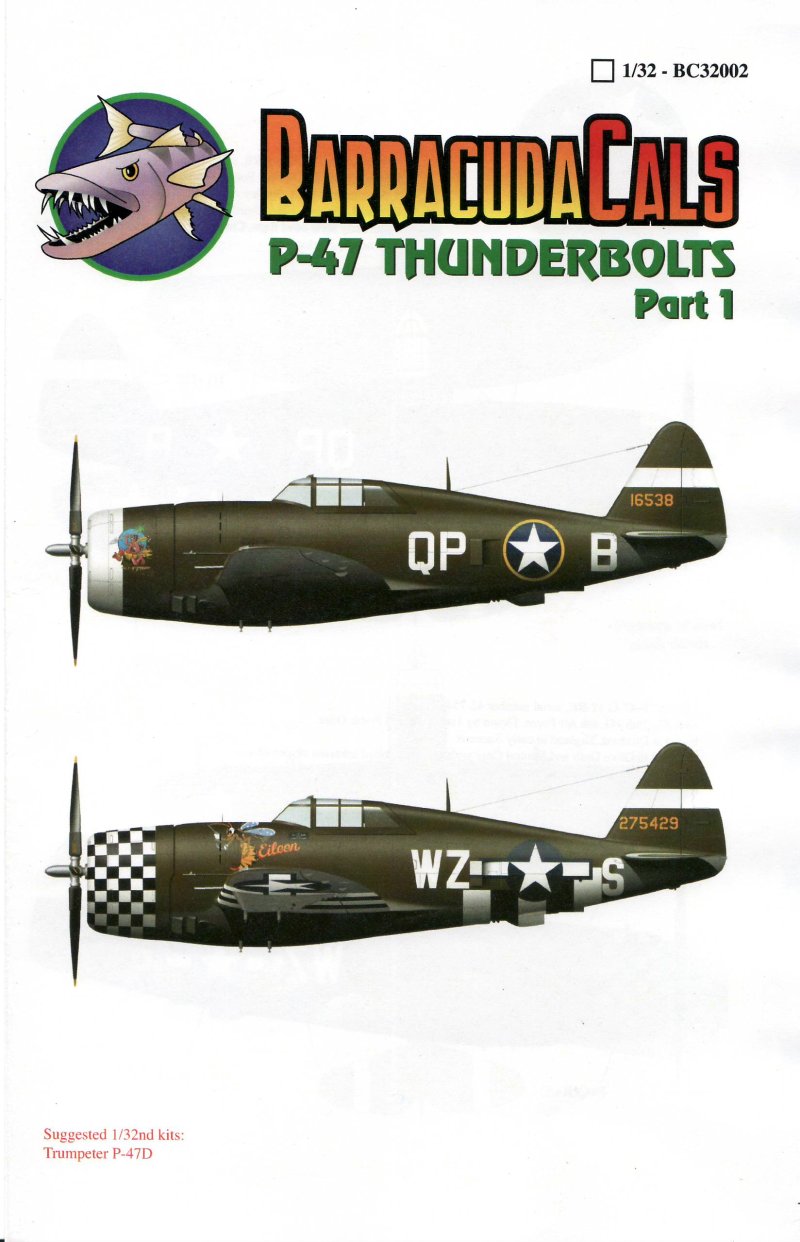 Roy Sutherland has been around the modeling block. Known for his modeling knowledge, modeling skill, and aftermarket parts, Roy has been a part of this industry for years. Most recently, Roy was a significant part of 21st Century Models, making sure they got their research right. Now, he's started off on another adventure - this time making decals. He is the founder of BarracudaCals, the latest aftermarket decal manufacturer to help us modelers lighten our wallets.

It's very nice to see "Eileen" for the P-47D razorback. Cutting Edge produced marking for the bubbletop, and this is the first time it's been produced for the razorback. It's also great to see a P-47C addressed by the aftermarket decal manufacturers. Obviously, this particular P-47C did have the belly plumbing for drop tanks and, as such, the kit doesn't need to be modified to an early 'C' with the "flatter" belly. For both of these aircraft, though, the modeler does need to pay attention to the cowl flaps as the P-47C had the shorter cowl flaps and the P-47D-11 had the early "cut-back" style of cowl flaps. 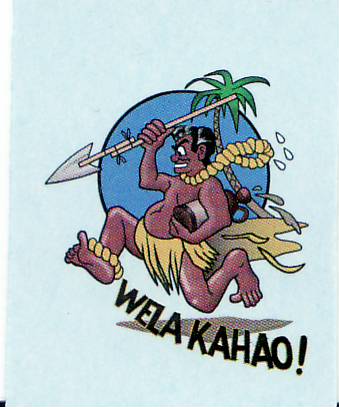 The decals are printed by Microscale and Cartograph. As such, they are very nicely thin and the registration is excellent. The colors are very well done, with attention being paid to detail, as evidenced by the way the underwing insignias for "Eileen" are split for the aileron and the underwing pylon. Separate decal for the drop shadows are also provided for the lettering on the nose of "Eileen". A nice touch. The modeler also get a full set of stencils to litter all over that big airframe. 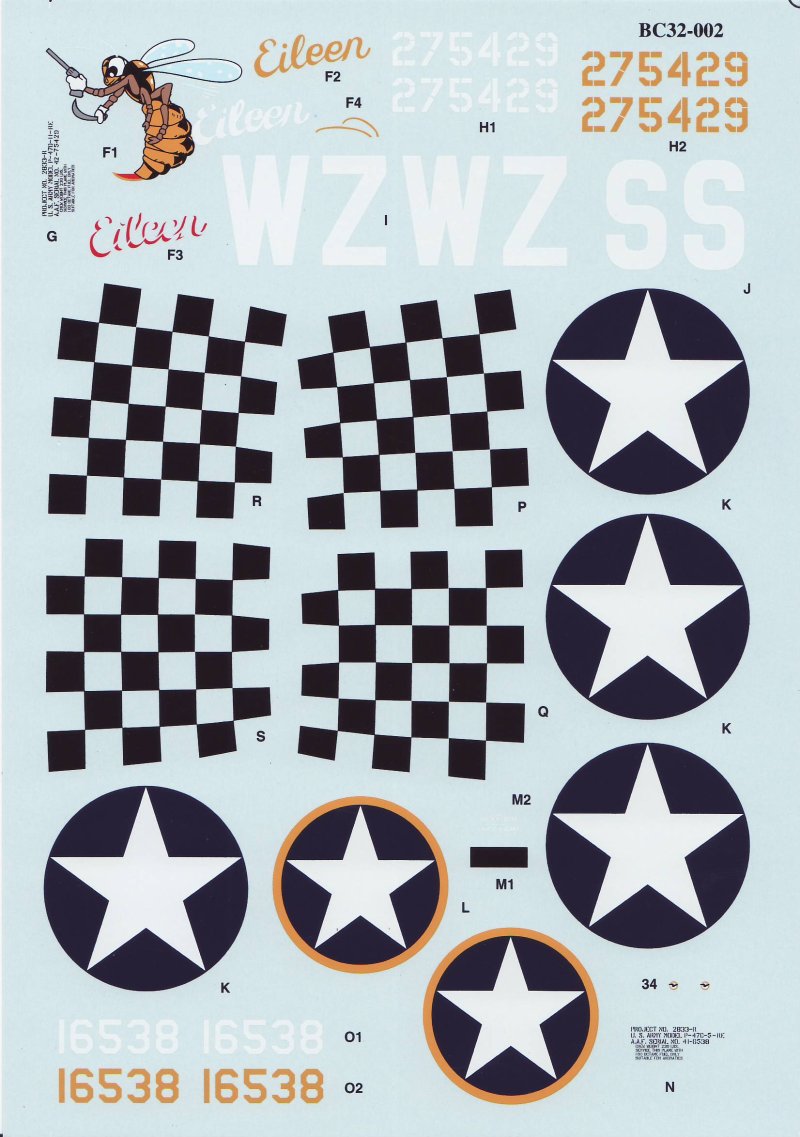 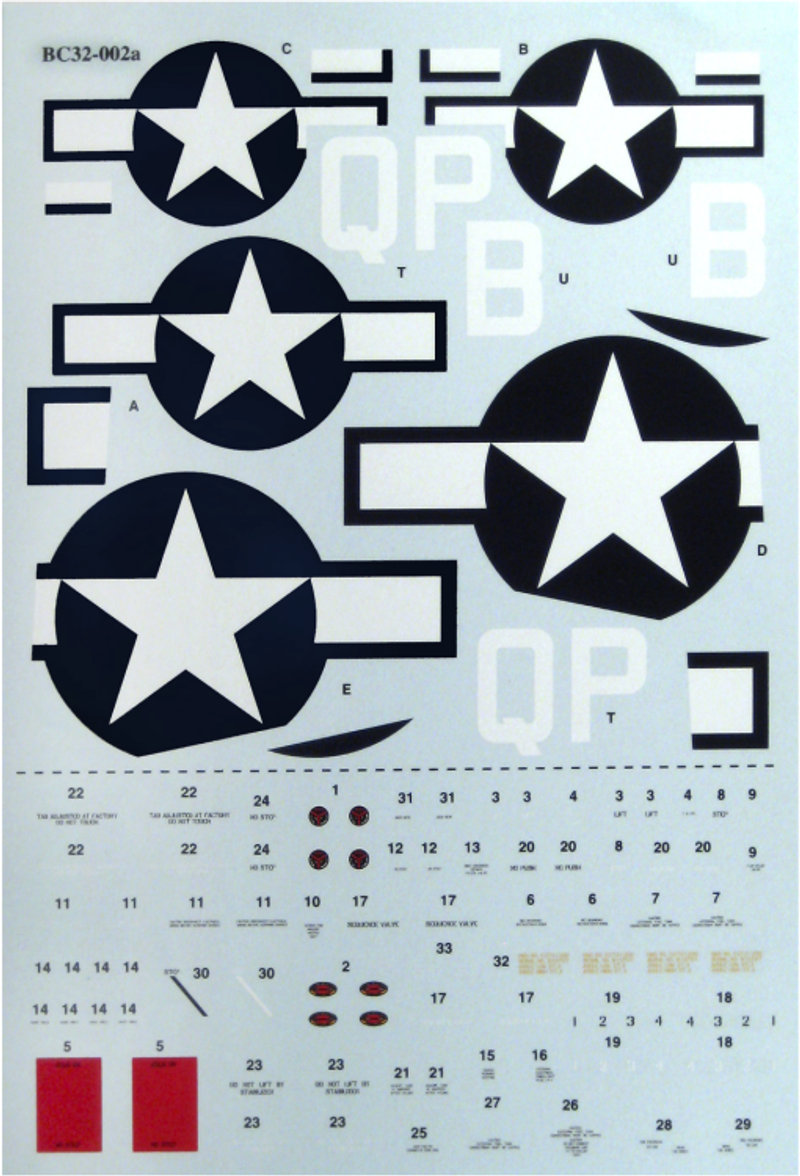 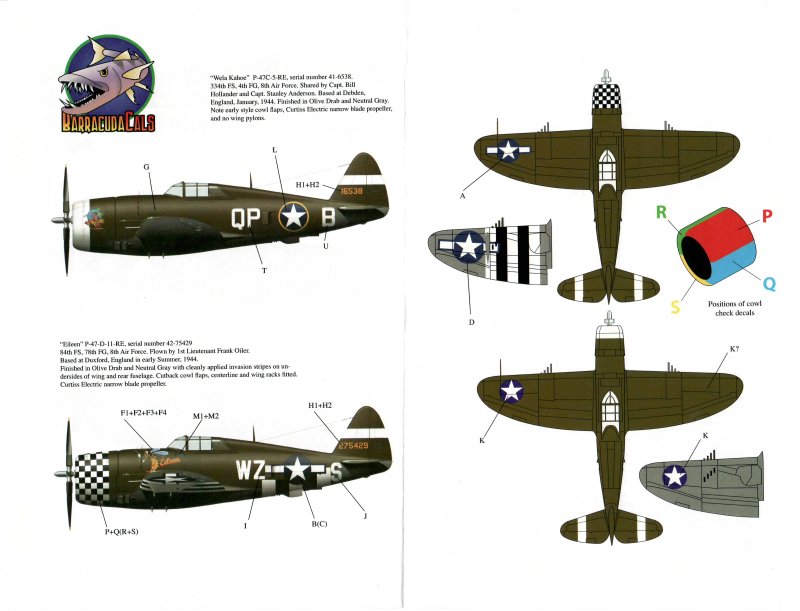 The decals will be available in the next few weeks from most of the major online retailers, as well as from BarracudaCals themselves. The MSRP for this set is $14.00, and well worth it. Roy is working feverishly to get these out the door. The website will be up soon, and you can contact BarracudaCals for more information and to order these decals.