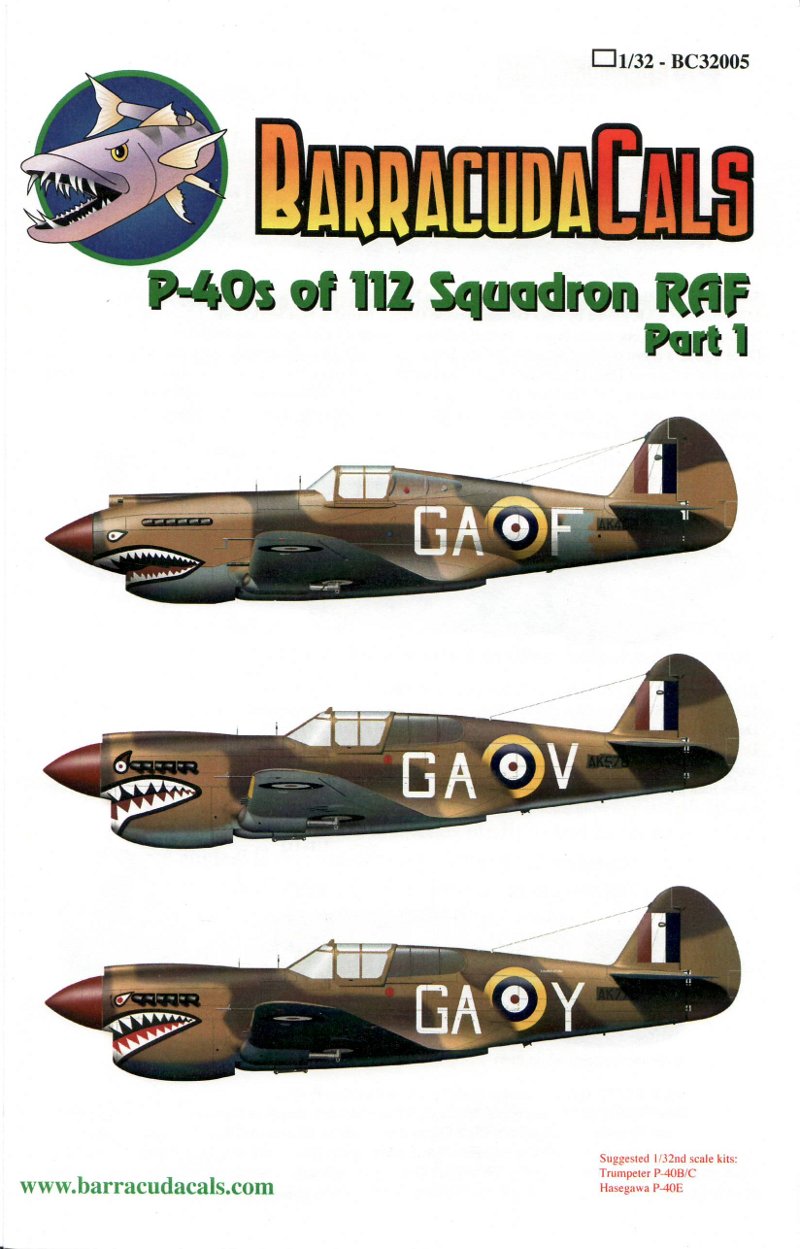 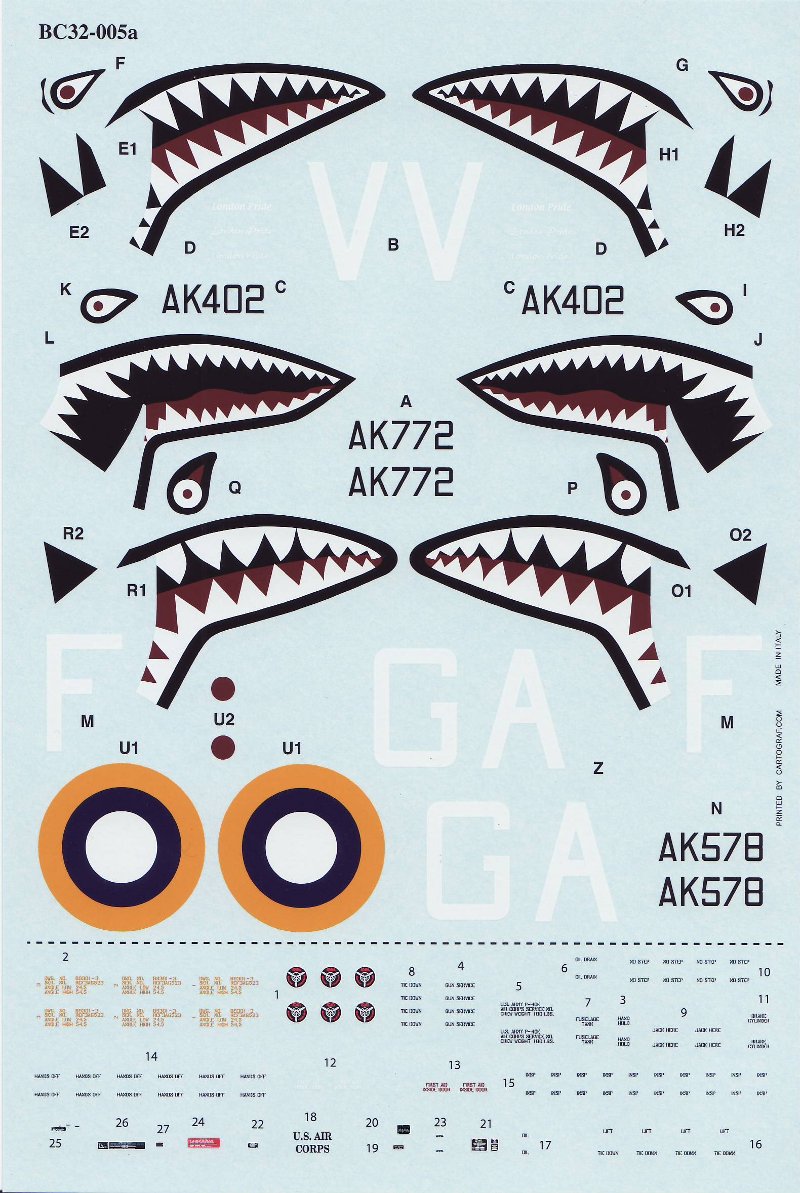 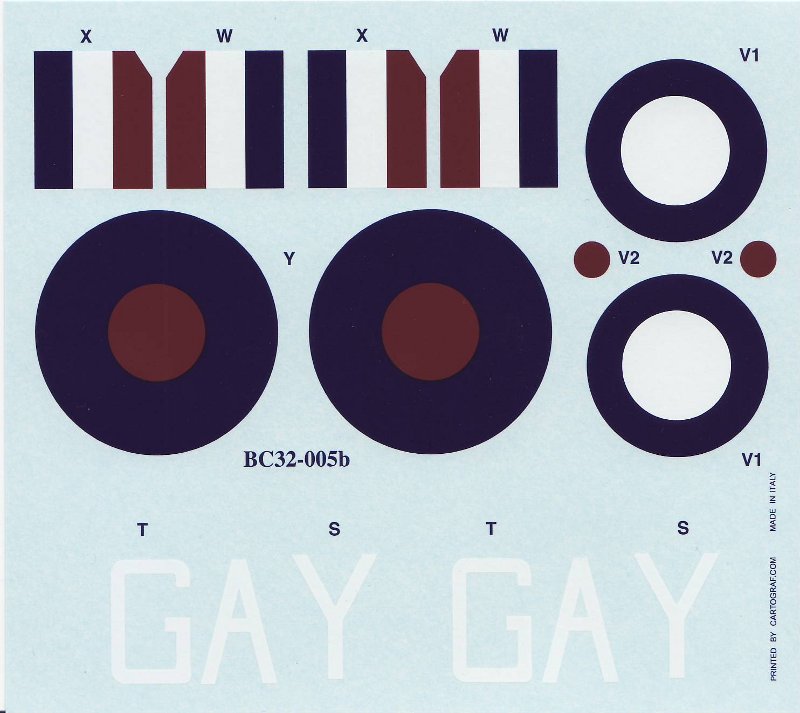 Each option provides accurately rendered sharks mouths, which were a hallmark of 112 Squadron. In addition, the detail notes for each aircraft provide some insight into the subtle details of the markings, such as the overpaint of the delivered Dark Green with Middle Stone Brown. Or, the discussion of the underside color of Caldwell's AK772 - is it Deep Sky Blue or Dark Mediterranean Blue?

The decals are printed by Cartograph and are up to their usual high standards. As such, they are very nicely thin and have very little carrier film around the edges of the decals. The registration is excellent and the colors are very well done. In addition, the set also includes a full set of stencils for the airframe.

The decals are available from BarracudaCals with an MSRP of $13.95, and are well worth it. Stop by their website for more information and to order these decals.