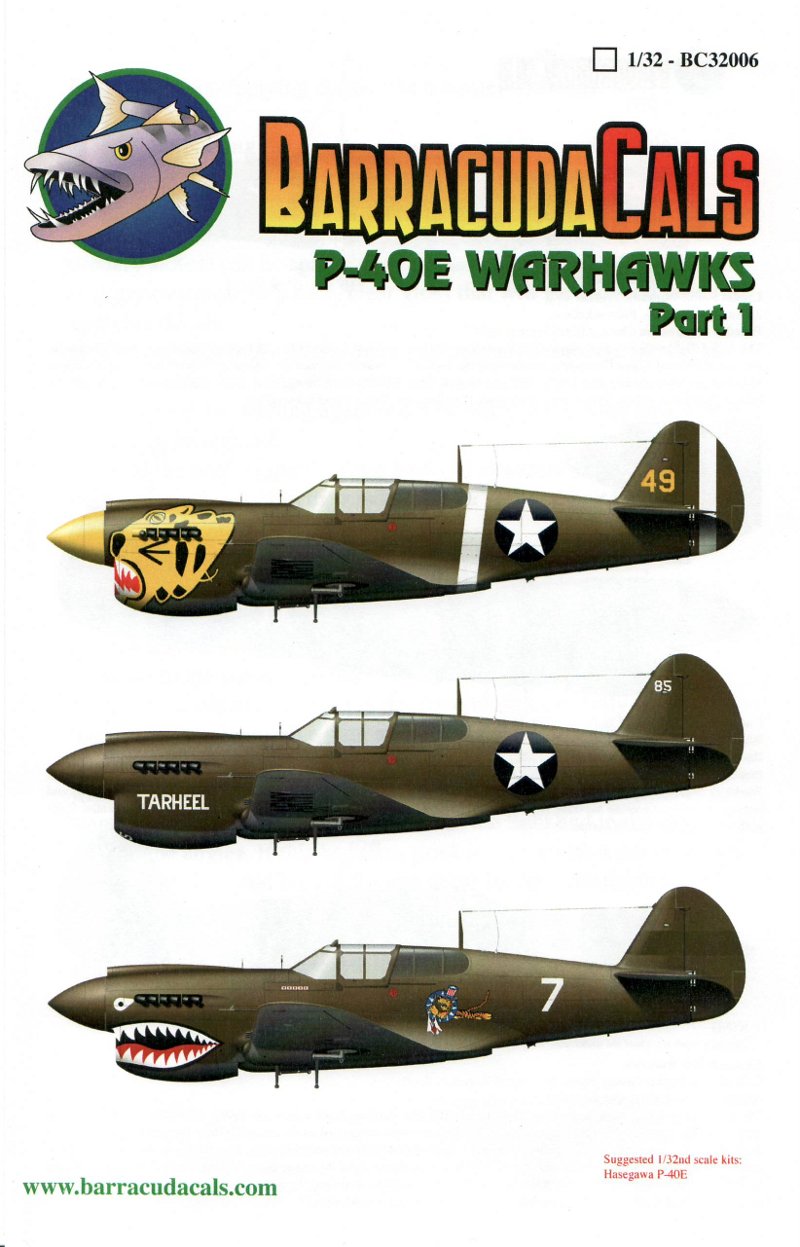 BarracudaCals' new 1/32 scale offering is focused on three well known P-40Es that flew with the USAAC. Two of the featured aircraft were flown by George Preddy and Robert L. Scott. Specifically, this set provides markings options for the following: 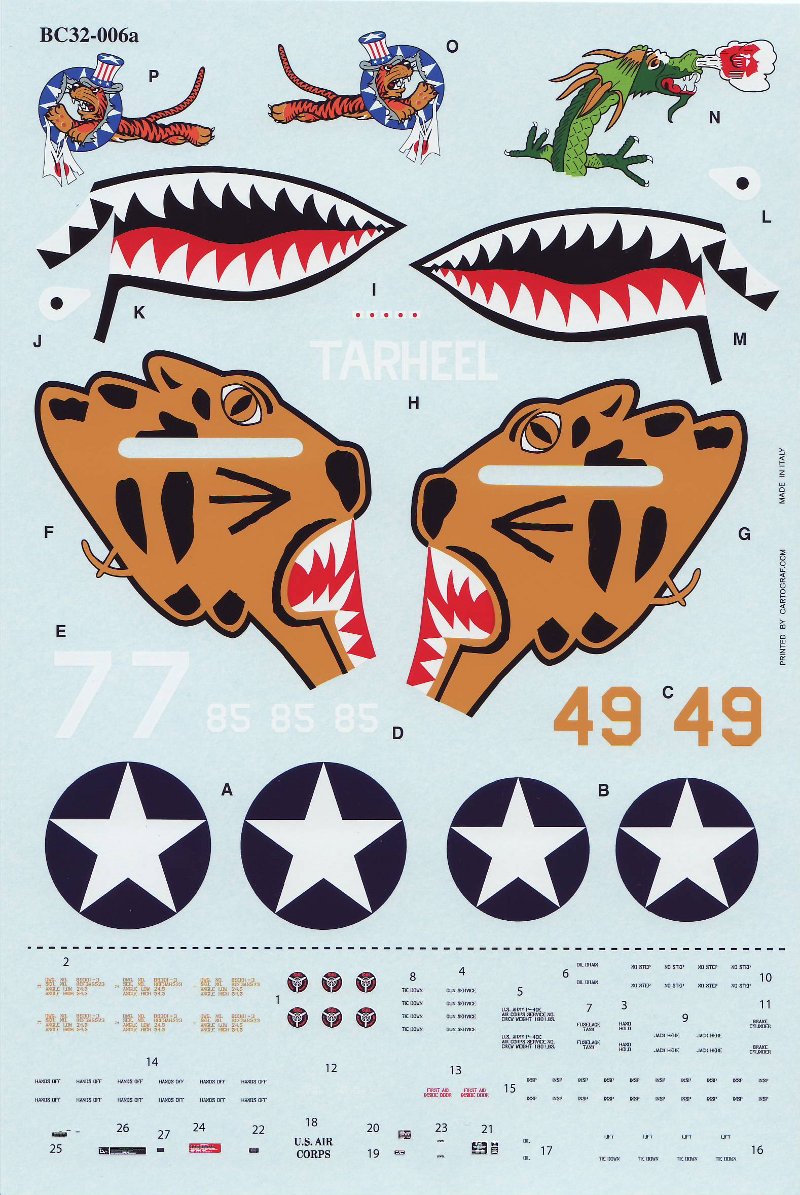 Designed for the Hasegawa P-40E, each option provides accurately rendered markings for each aircraft. Detailed notes are included for each option, including notes on weathering, factory color schemes, and other general comments.

The decals are printed by Cartograph and are up to their usual high standards. As such, they are very nicely thin and have very little carrier film around the edges of the decals. The registration is excellent and the colors are very well done. In addition, the set also includes a full set of stencils for the airframe, including stencils for the cockpit " something that has never been offered before.

The decals are available from BarracudaCals with an MSRP of $13.95, and are well worth it. Stop by their website for more information and to order these decals.