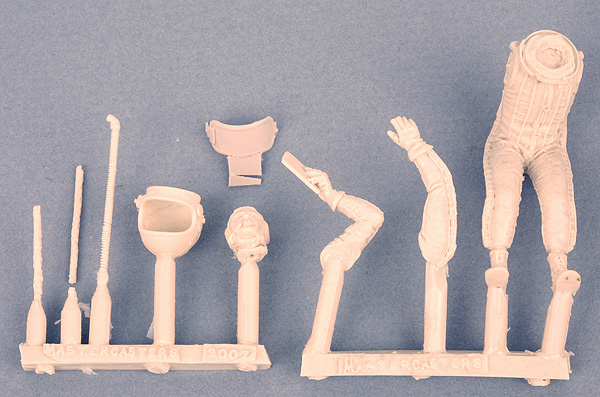 Here is one of MasterCasters' latest figure releases. A Soviet/Warsaw-Pact pilot in a VKK-6M pressure suit. He is posed seated with separate helmet and visor, which is cast solid. Never previously done to my knowledge, he will make a great addition to a MiG-19 or one of Trumpeter's other Soviet aircraft. Well sculpted and crisply cast. Also included is 3 small pictures of the real thing to help with painting.