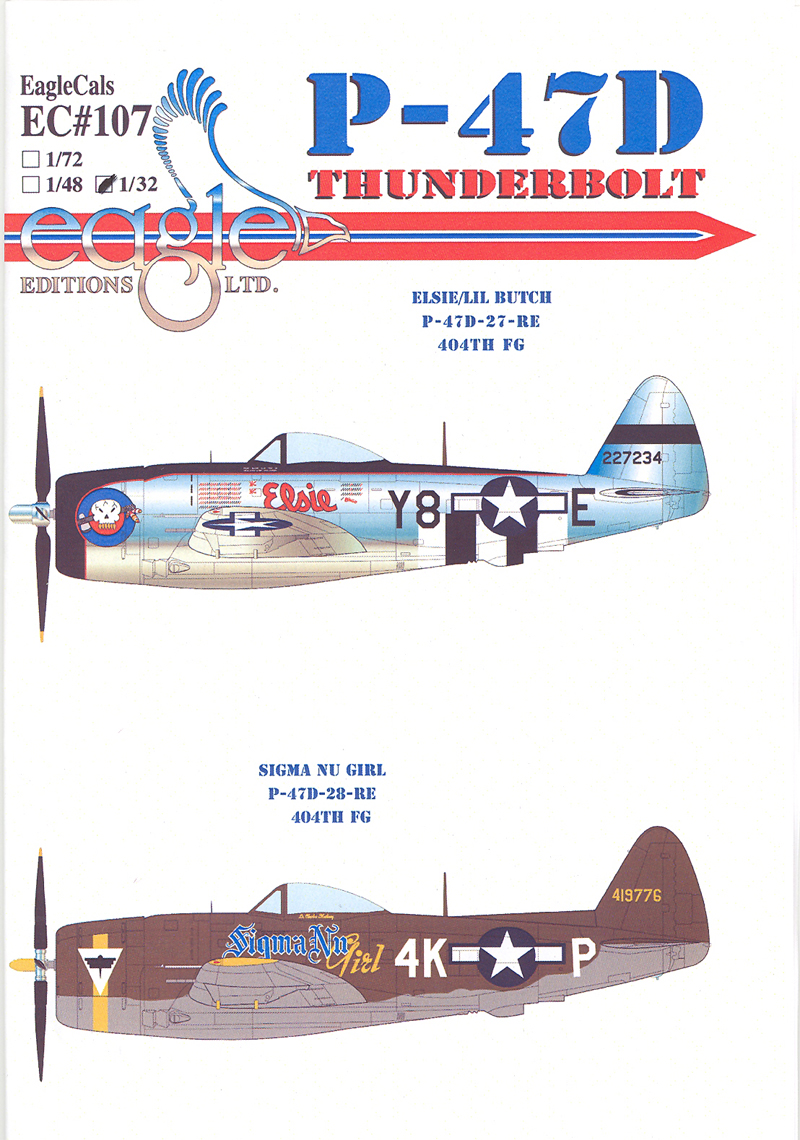 The next aircraft, a P-47D-28-RE was named Sigma Nu Girl. This aircraft was flown by 1st Lt. Charles Matheny, also assigned to the 404th FG. The overall colors are field applied OD over neutral gray.

The instructions provide extensive details about each aircraft and their respective histories. Details such as propeller type and dorsal fin status are clarified. All references are identified should the modeler choose to do further study. An additional insert provides a number of reference photos for the modeler to use. There is no less than six color walk around photos of Elsie. This provides a unique glimpse at a World War II aircraft as we usually are provided with B&W photos of only one side. Two photos are provided for Sigma Nu Girl. Stencil locations are all clearly identified in line profile drawings. 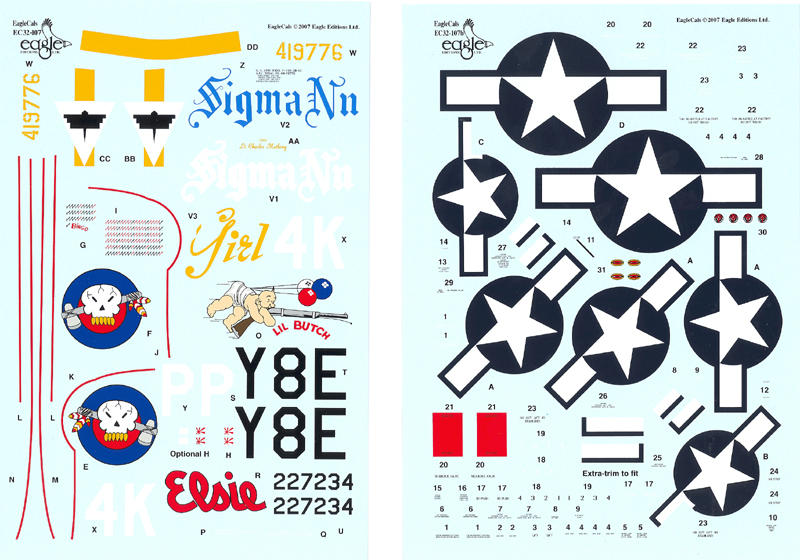 The decals are printed over two large pages. National insignias, including the large 50" lower wing markings and red pin striping for the antiglare shield on Elsie are included.

P-47's pilots and crews alike displayed some of the most vibrant Second World War artwork on their aircraft. I am sure these two options will prove to be popular with the P-47 enthusiast and I recommend them without reservation.