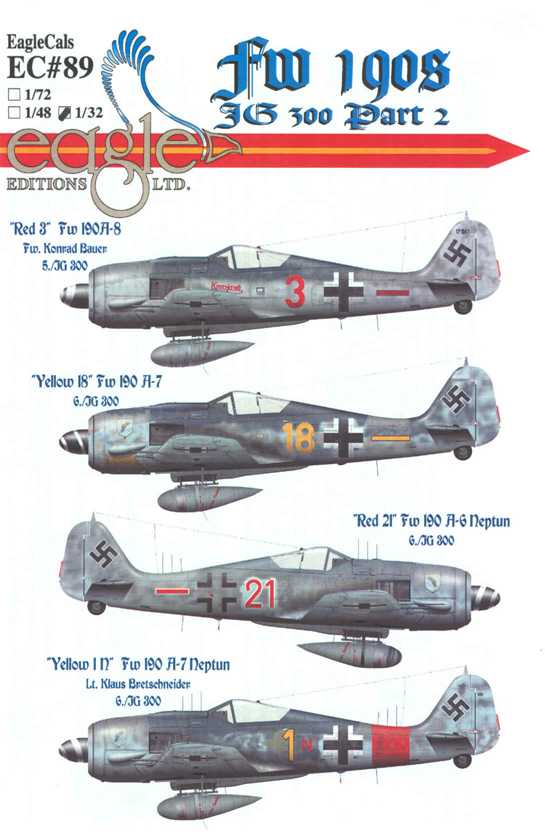 Part two in the series includes four Fw 190A schemes. They are:

The instructions are printed over a single page with airbrush color profiles by Tom Tullis. Text details the colors, markings and many of the subtle details for each aircraft. Modelers should note that minor modifications are required to existing kits to complete some of these schemes. This is all detailed in the text and should be easy for most to perform. Upper and lower surface scrap views are also including correctly depicting the upper surface camouflage patterns and correct decal placement.

The decals are printed by Microscale over two pages. They are very thin and appear in perfect register. Color density is good and I would expect little difficulty with their application. 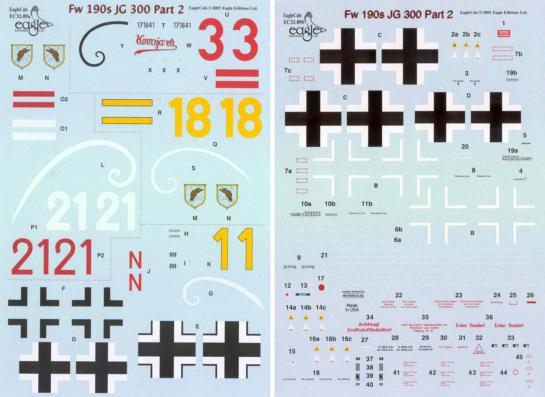 I would urge modelers looking for further material on JG 300 to consider purchasing the JG 300 “Wilde Sau” Vol. 1 reviewed here. These decals supplement much of the information in that book. Given the popularity of the subject, I would expect these decals to sell fast and I recommend them to anyone with an interest in the airwar over Germany in WW II.