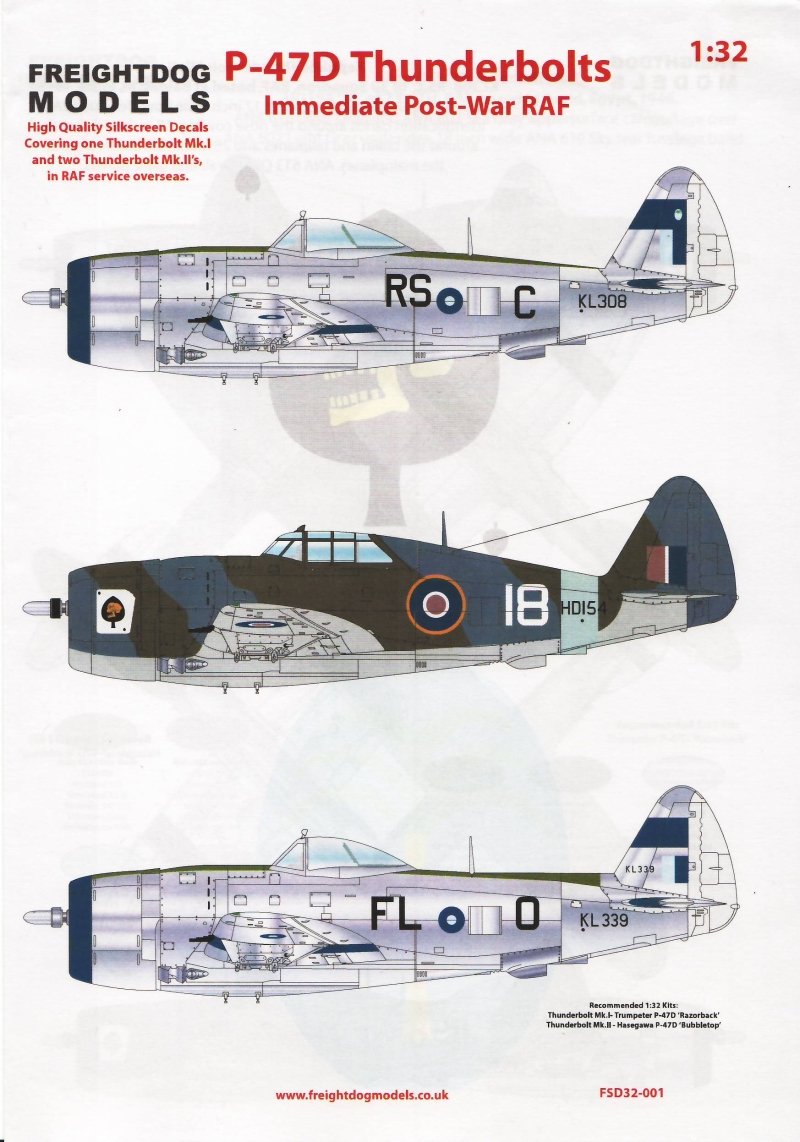 Freightdog Models, known for their 1/48th and 1/72nd decals of RAF subjects, has finally entered the realm of the large scale modeler. Their initial foray brings to market a set of decals for the P-47D. Aimed at the 1/32 P-47D “Razorback” from Trumpeter and the 1/32 P-47D “Bubbletop” from Hasegawa, I would imagine they would look great on the 1/32 Trumpeter “Bubbletop” as well.

The subject of this offering is immediate post-War RAF airframes. The decals included cover three aircraft from areas rarely included on current decal sheets. The two bubbletop airframes provided on the sheet are a natural metal. So, given the size of the P-47D in 1/32 scale, you'd better stock up on Alclad II or whatever your NMF paint of choice. The aircraft covered are: 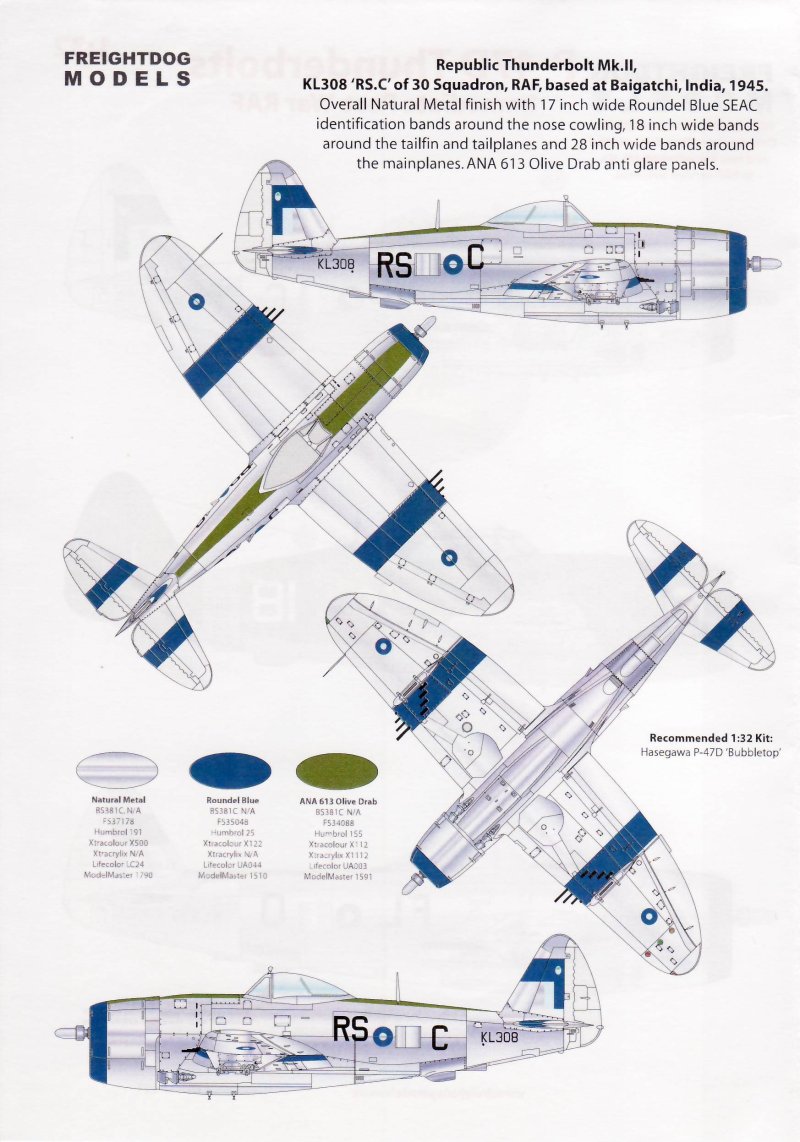 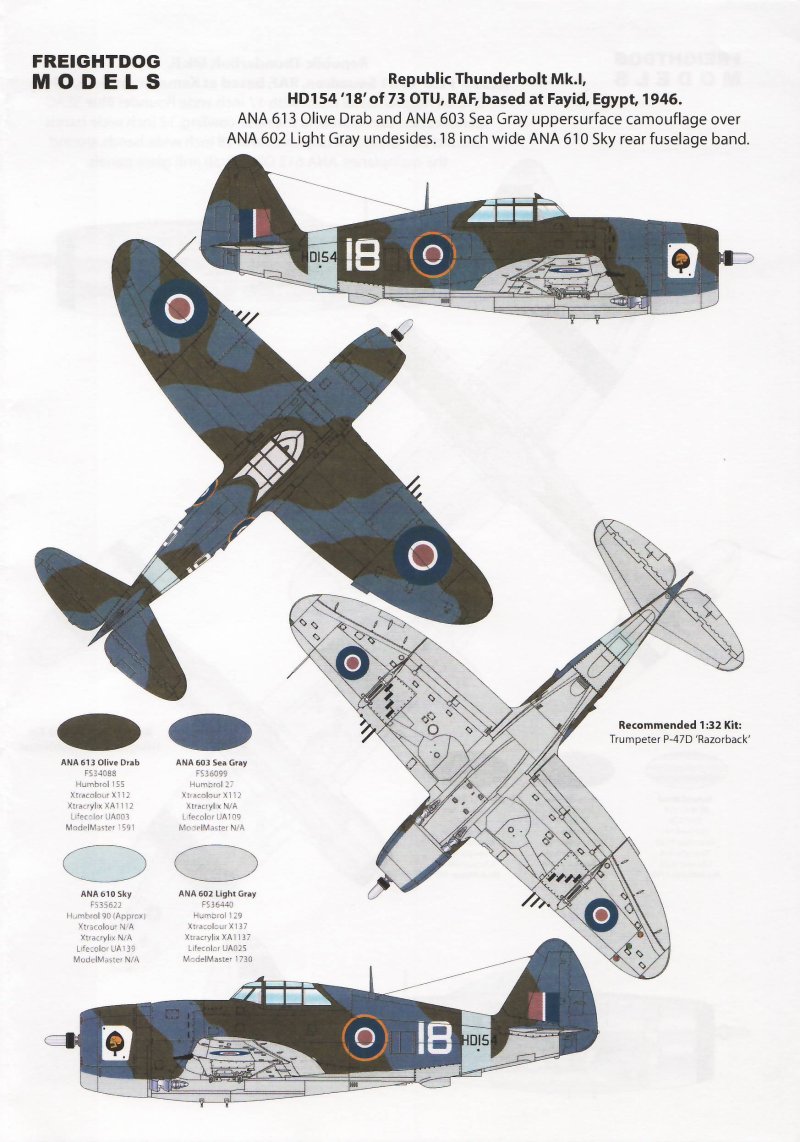 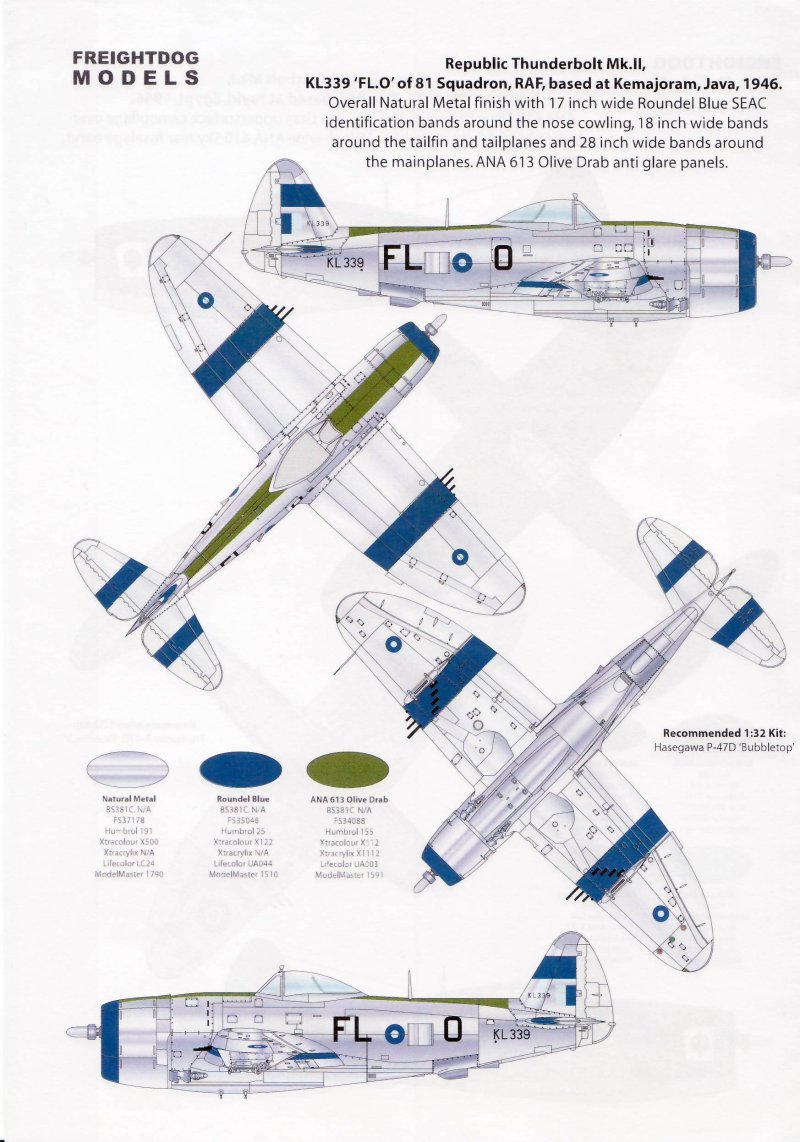 The color callouts are given in the appropriate ANA standard with the comparable FS/595 number supplied as well. Also indexed are a number of popular paint brands and their corresponding tin numbers. The painting guide also gives the modeler the widths for the cowl, wing, and empennage stripes on the NMF airframes so they can accordingly apply the correctly sized stripe – very nice. 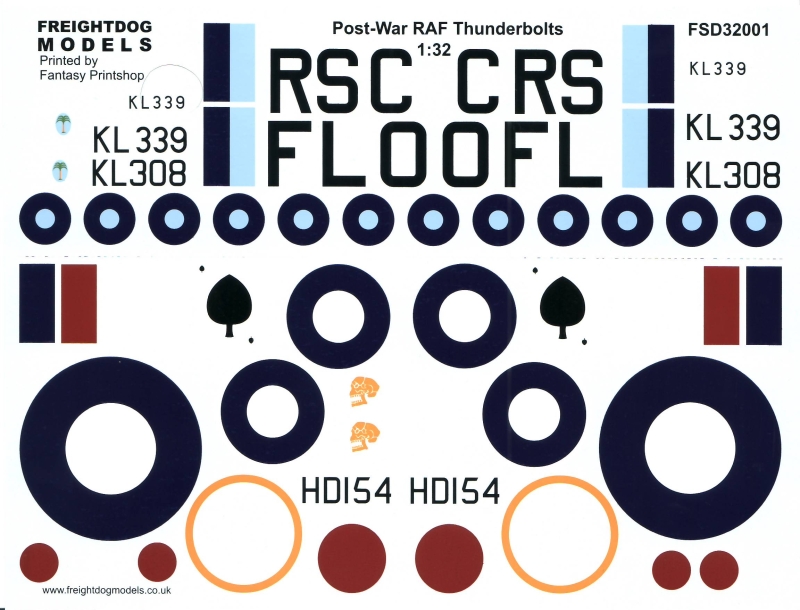 The decals themselves are printed by Fantasy Printshop and are very well done. They are nice and thin with excellent registration. Any excess carrier film around the roundels and codes is at a minimum. The colors look great and are neither too washed out nor too dark. No stencils are provided, so the modeler should use the stencils provided in the kit.

This sheet provides subjects that are often overlooked by mainstream kit manufacturers. These aircraft are certain to add some individuality to display cases and contest tables where ever they are shown. The decals are first rate and I'm hoping Freightdog Models will produce more subjects for us Large Scale Planes modelers.