RC Resins, a new company in the UK, has chosen to release a number of new items for the 1/32nd scale F-105 from Trumpeter. By now, most are aware that Trumpeter failed to capture the increased chord of the vertical stabilizer, though they did correctly identify its increased height. In this review, we will have a closer examination of the corrected resin tail as supplied in item RC32001.

I was excited to see their new products, as I had recently purchased an F-105G. As soon as I heard about them I placed my order. Within one week I had a replacement F-105G fin in my hands! That is very prompt service and shipping. 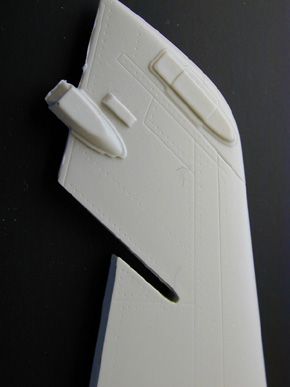 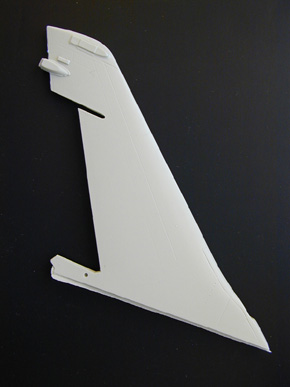 The resin fin arrived in a sturdy box adequately wrapped in bubble wrap to prevent damage. This was shipped with RCR002, reviewed here. The set consists of detailed instructions and a one-piece resin fin. 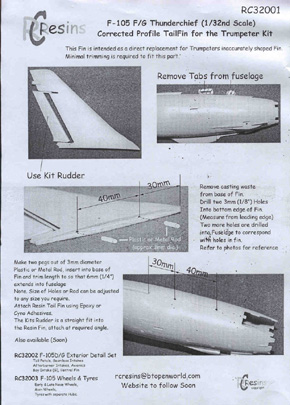 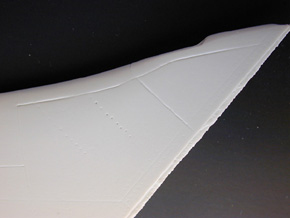 The resin fin is nicely cast with very minimal amounts of flash and small casting block on the lower surfaces. In comparison to the fin in the kit, RC Resins item is accurate in its representation of the broader chord. Surface detail is scribed, though it does get a little soft in some areas. A rudder is not included as the kits item is to be used. As the resin fin weighs approx. 30 grams, some weight in the nose may be necessary. Perhaps it could be offset by the cockpit set from Black Box!

Some surgery is required of the Trumpeter kit to attach the new solid resin fin. This shouldn't be beyond the capability of most modelers in this scale. I would suggest following the instructions carefully.

I am very satisfied with the new resin parts for the F-105 from RC Resins. For those modelers that wish to accurately capture the outline of the F-105G, then this item is a must. Future resin parts for this Trumpeter series will be released soon, as will a web site. In the meantime, RC resins can be contacted at: rcresins@btopenworld.com.