Spada Decals from France has released a great set of their Laser Line decals in 1/24 scale for use with the Trumpeter Fw 190D-9 kit. Four colourful Luftwaffe FW190Doras are depicted including one flown by the famous Hans Dortenmann of JG26 fame. The two A5 sized sheets of decals cover all four rather colourful schemes. There is one sheet for the coloured decals and another for the white decals as well as a colour printed A4 folded sheet for the profiles and stencilling information.

Profiles display views of the port side and contain brief but sufficient information for the modeller to paint and decal an entire aircraft. In the case of selection 'Yellow 2' the modeller is given the option of using a neatly painted yellow '2' or another yellow '2' that looks painted by hand in the field. Having both options to choose from is a very nice touch and a feature of Spada's approach to decal production.

I compared the Spada sheet to my 1/24 sheet supplied by Trumpeter in their Fw 190 Dora kit. Spada's sheet has stencils that look much more realistic and loads more of them. In the Trumpeter decals your Balkenkreuz options are also more limited than the extra your get in the Spada sheets. In addition the Spada options have much less carrier film and therefore much less potential for some nasty silvering that could wreck your model. What was puzzling though was the absence of any werknumber for the aircraft despite their inclusion in the profile instructions. Another odd thing I noticed is that Dortenmann's aircraft has a black and white theatre fuselage band but the wavy bar designating Gruppe IV that you apply over this painted area is only black. It seems to be missing the white border in the part that goes over the black part of the fuselage band that is present in the artwork. Not a big issue for me given the much improved options in comparison to what is supplied in the Trumpeter box.

Spada's Laser Line decal series have been around for a while now. They are finely detailed but require a bit of careful attention to the instructions. They are printed with no carrier film and require a different approach to application than your typical box supplied decals. My sheet had only French instructions but if you follow this link (http://www.spada-decals.com/cariboost1/crbst_28.php) you can read the instructions in English. They might sound a little more fussy to use but with all the reduction in carrier film and additional options I'm sure it's a simple enough technique to have some fun with. You might also like to ensure your local postman doesn't fold and crush your mail if you order a set of decals. As you can see from the scans it does them no good at all.

Hats off to the lads at Spada for another top choice in decals and thanks for the sample sheets. 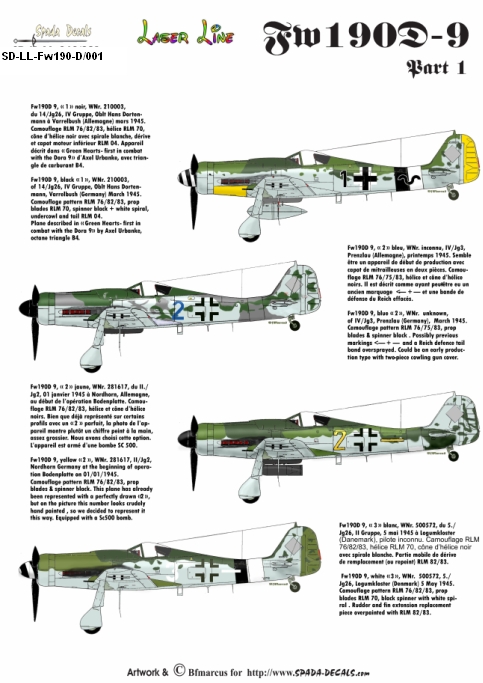 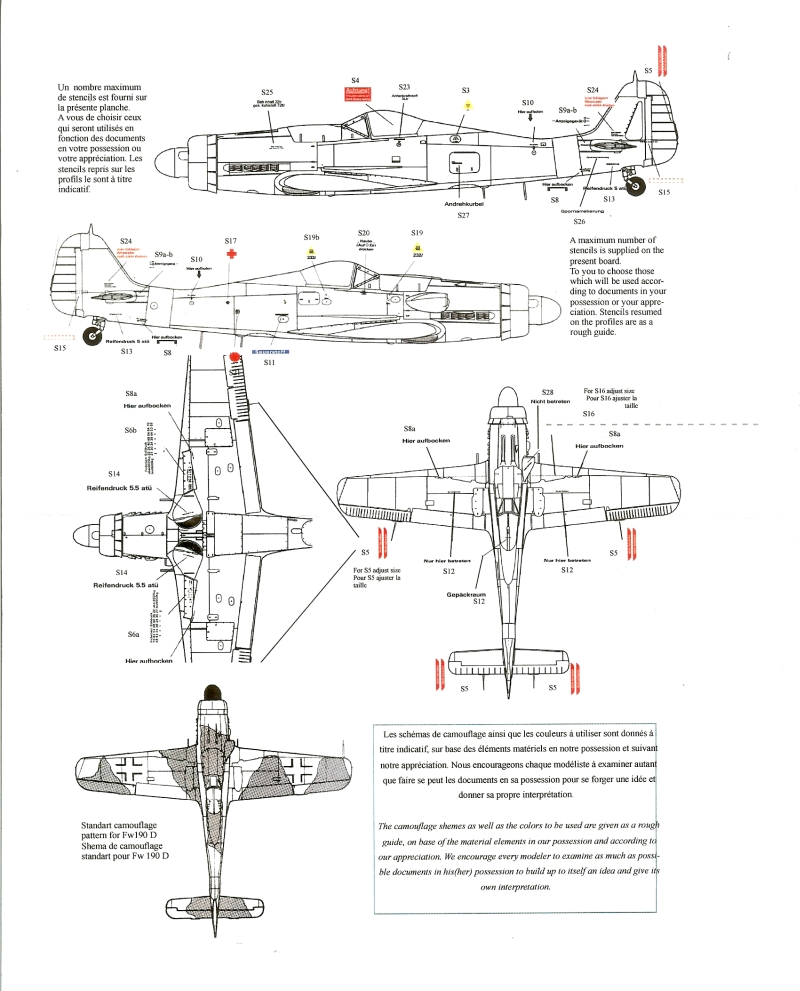 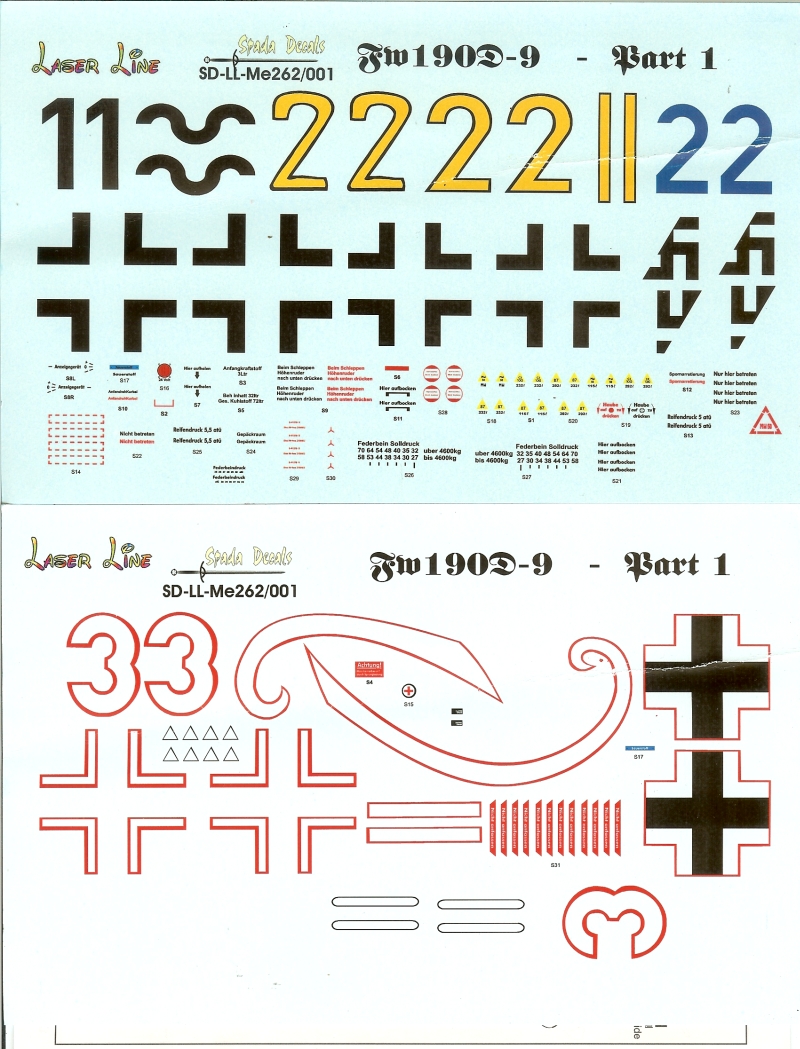