Spada Decals has released four new sheets for Hasegawa's 1/32 P-47D Bubbletop kit in their Laser Line range, covering no less than 14 aircraft. Each of the sheets is designed to be used as supplemental markings, and requires use of the kit decals for stenciling and in some cases national insignia.

With only 2 exceptions all the sets feature a single profile for each aircraft and a decent amount of reference and paint callouts. Most of the profile art is outline style, the two US sets feature English translations while the two French sets do not.

The first sheet features 4 distinctive postwar natural metal Thunderbolts in French service; all D-30s. This set is a dual sheet and provides a full single set of national insignia and all other markings needed to complete the 4 aircraft. The smaller fin flash are provided in decals while the flash on aircraft that feature full national stripes on the rudders will need to be painted. Instructions are in French only. 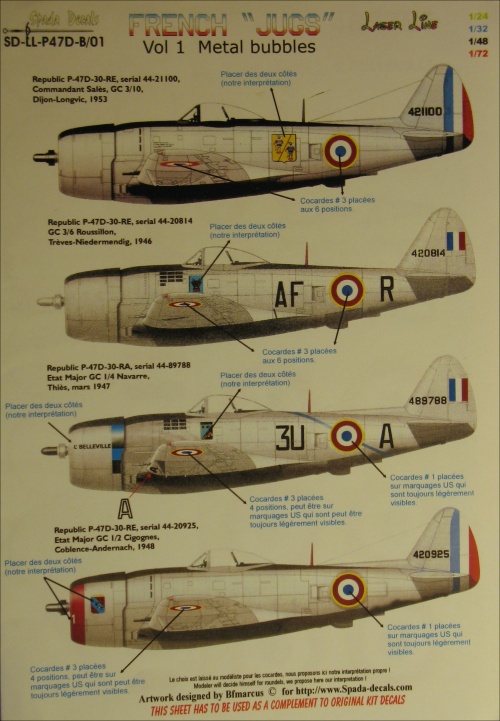 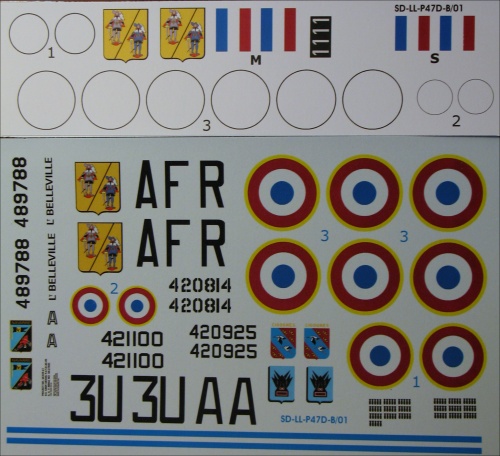 The second sheet provides markings for 4 Olive Drab P-47s, also in French service; 3 late war D-30s and one post war D-30. The aircraft here are interesting and include one that has a full wraparound Olive Drab scheme that is quite unique. Again only the small fin flash is provided as decal here, and full stripes on the rudder will have to be painted. Instructions are in French only. 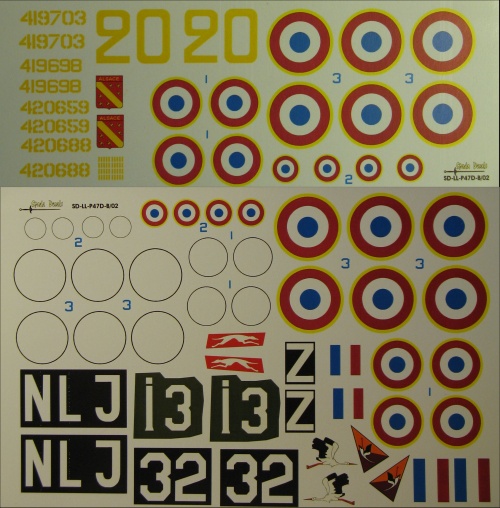 The third sheet in the series covers two very colorful 9th AAF Thunderbolts and a single 12th AAF P-47. This set features two sheets one on clear film, and one on white film. A few of the markings combine elements from the clear and white sheets to complete, careful study of the profiles and decal layout are advised. A single full set of accurate national insignia are provided and the instructions are in both French and English. 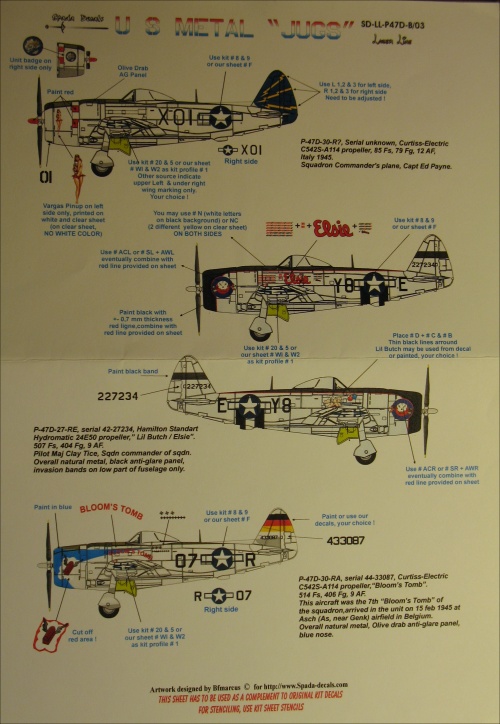 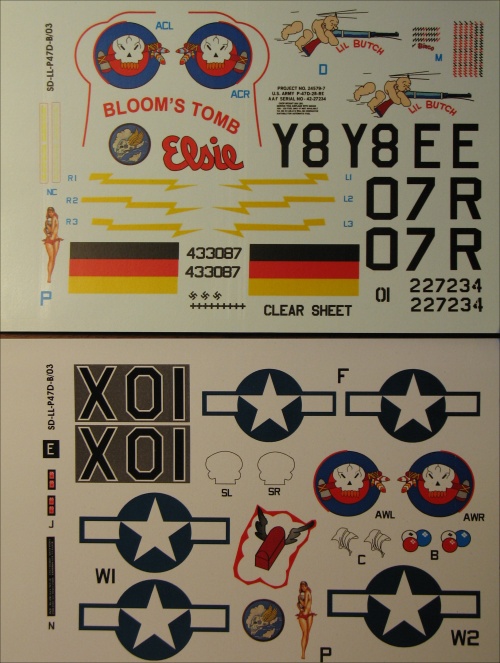 The final sheet offers two variations on "Dottie Mae" as well as a single 56th FG camouflaged D-25 and a 9th AAF D-30. This set features two sheets one on clear film, and one on white film. "Dottie Mae" was the last aircraft lost in combat from the 9th AAF. This aircraft was resurrected from a lake in Austria in June of 2005 and at the time of this review is being restored to flying condition. Quite a interesting history can be found here: http://www.dottiemaep-47.com/. A single full set of accurate national insignia are provided and the instructions are in both French and English. 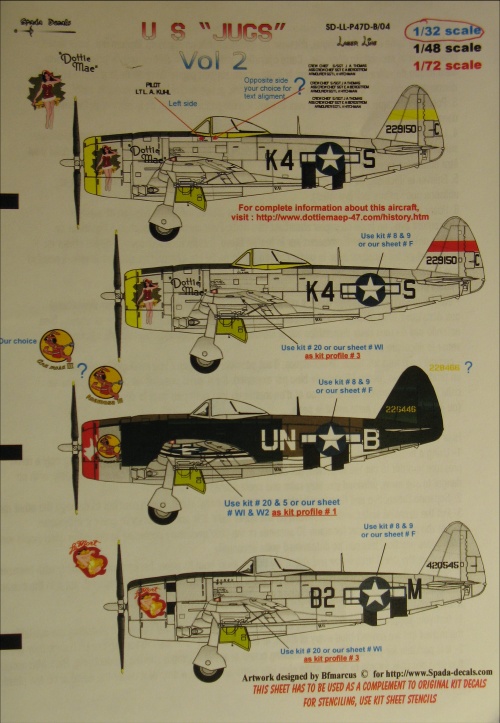 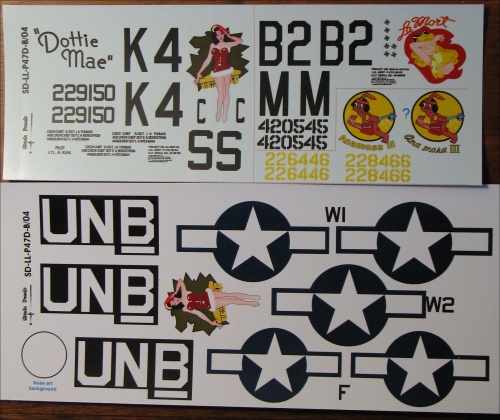 Spada Decals offers great choices to the modeler when references on the subject conflict, and in most cases they provide multiple versions of many markings and nose art taking into account various "probable" elements and explaining the choices clearly.

The decal artwork is color-correct and where I could cross reference elements they were dimensionally accurate. The master artwork is detailed, crisp and well researched.

The Laser Line decal series are finely detailed but require a bit of careful attention to the instructions as they are printed with no separate carrier film channel (each decal must be trimmed individually). While not for beginners, the series is a more advanced decal solution and should be used with extra attention.

These sheets are all recommended.