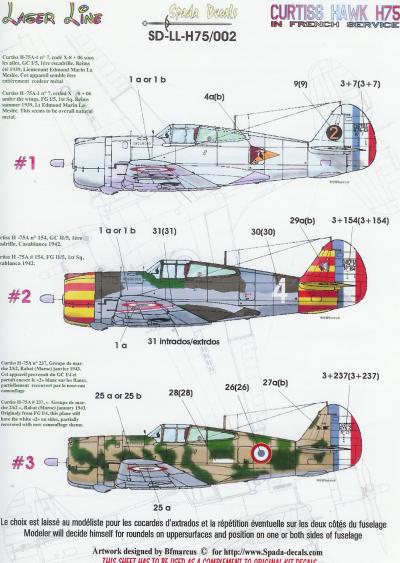 Spada Decals out of France has released a unique set of their Laser Line decals for three Curtiss Hawk 75s as flown in French Service. The sheet covers one pre-invasion rare natural metal finish Armée de l'Air ship and two "Free French" Air Force birds based in Africa in '42 and '43.

The Laser Line decal series are finely detailed but require a bit of careful attention to the instructions as they are printed with no carrier film. While not for beginners, the series is a more advanced decal solution and should be used with extra attention. 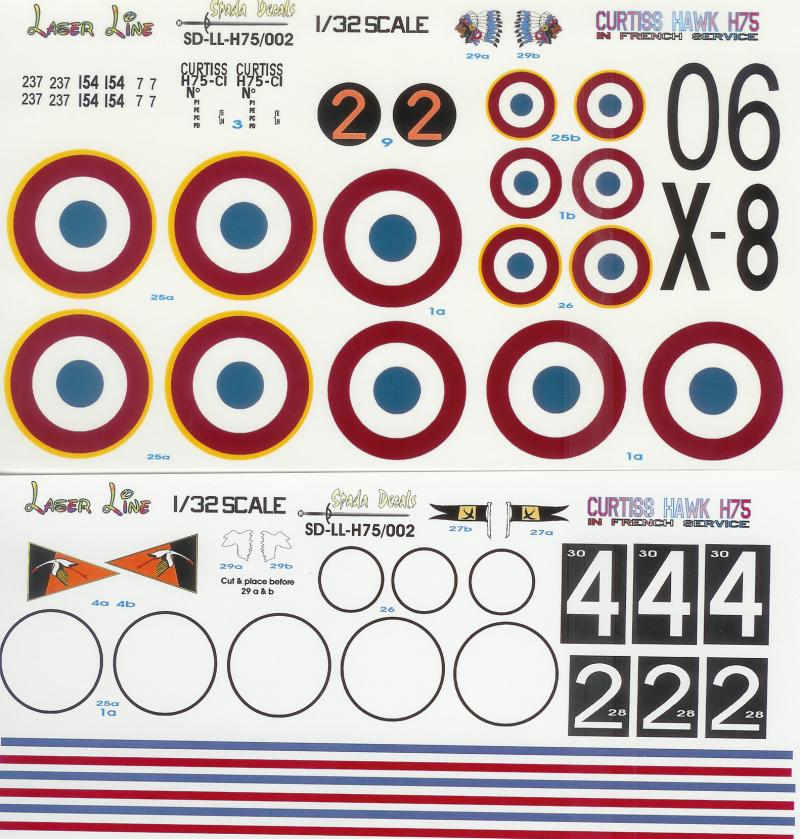 French Hawks are almost all distinctly unique in their camo and markings which makes them real eye-catchers. Note the lack of any similarity between the three schemes offered here.

It is noted in the instructions that the sheets in this set are to be used in concert with the kit provided decals. However if you have a non-french H-75 (P-36) you can still get make these schemes with only a little tricky painting (namely the tri-color rudder flash).

The decals are nicely printed on two sheets, and offer three French Hawk schemes that are quite refreshing!