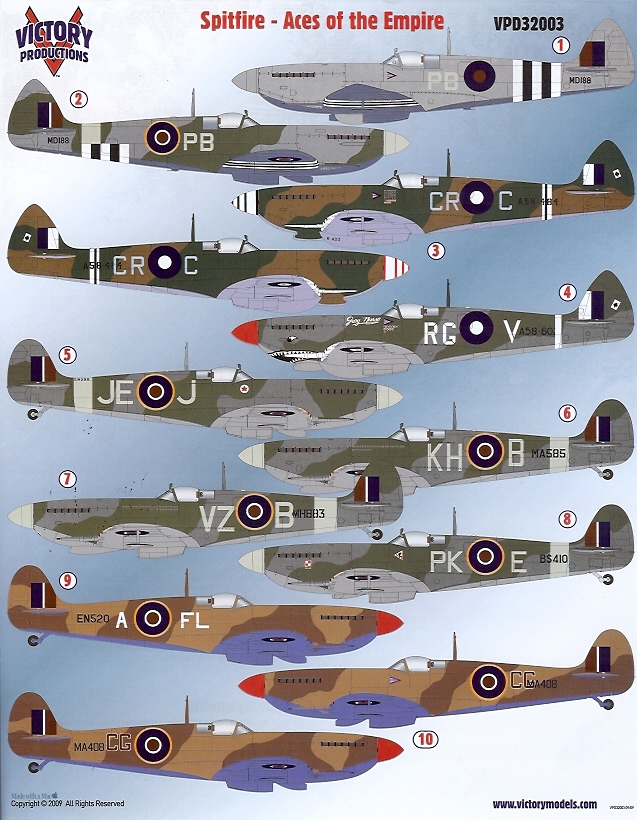 Victory Productions has released a new decal sheet intended for the new Tamiya 1/32nd scale Spitfire IX (or of course, they could be used on the PCM Spitfire). It is a sheet based on an earlier release in 1/48. Included on the sheet are decals for 14 different aircraft, including 3 types of roundels. Therefore, it is possible to build 3 different models from the sheet without using any decals from the scrap heap, if you pick your schemes right! 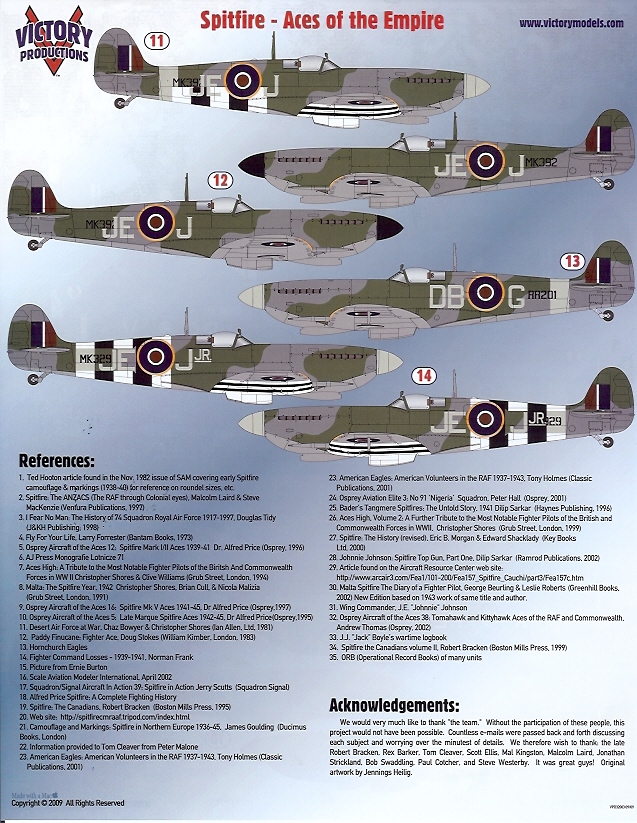 Included in the marking descriptions is a listing of each aircraft's details; i.e. wingtips, carb intake, wheel hub type, etc. While most of the parts are included in the Tamiya kit, it is expected there will be many aftermarket choices to come. 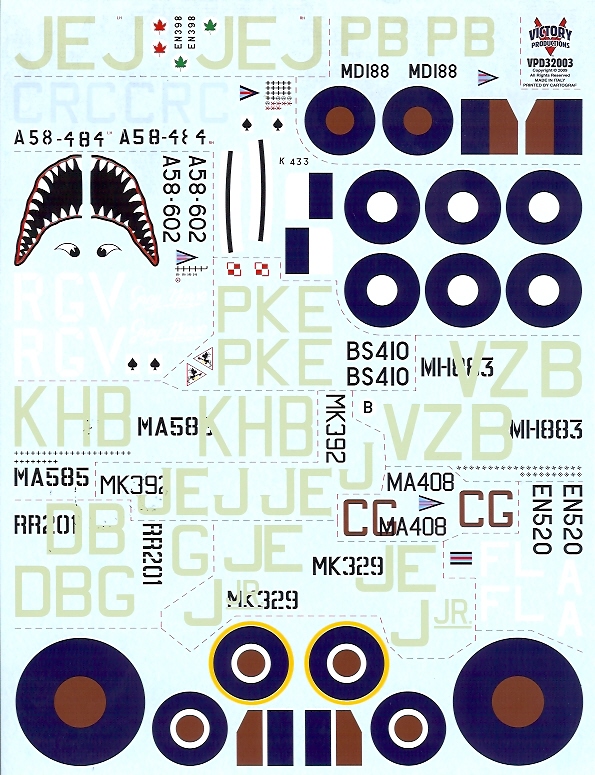 The decals themselves look very good, printed by Cartograph, with good color saturation, good registration, and as little extra decal film as possible. The decal film appears thin and glossy. The colors look quite accurate by my eye. I tried a scrap decal which I applied by soaking in warm water and placing over a Tamiya Gloss coat from a spray can. After positioning I used a thin layer of Solvaset. Once dry, virtually no trace of decal film could be seen.

These decals can be purchased directly from Victory Models, their website is at http://www.victorymodels.com.