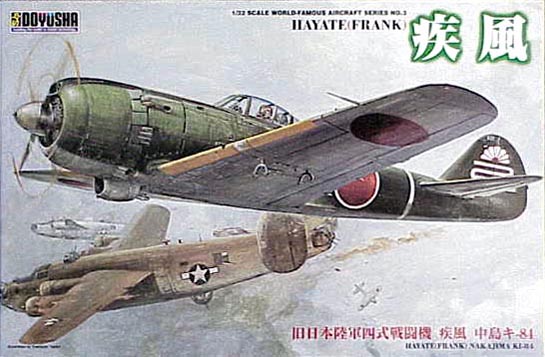 The Doyusha 1/32 scale Ki-84 became a "smouldering, must have" after seeing Ronnie Murray's rendition of this kit! Sooo, after what seemed to be a long time roughly two months, I finally had the kit in my hot little paws. I had kinda figured that this would have been a little bit harder to get but not so...thanks to Bill at www.hobbyhq.com.au.

Code named Frank, the Hayate was generally regarded as the best of Japanese fighters able to cause any Allied pilot a run for their money on equal terms and of particular note it's speed and high flying qualities enabled it to intercept the high flying B-29s. Engine difficulties became the norm due to a constant Allied bombing strategy and coupled with low quality fuel, the undercarriage of the Frank was of a particular weakness. Never the less when the Ki 84 flew under Allied flight testing the apparent flying qualities caused some alarm when compared to the pursuit fighters of the day i.e., North American's Mustang and Lockheed's Lightning.

The "Box Art", looks very nice, has that hand painted look as opposed to computer generated graphics which by the way I would just love to have the time to learn. The first thing my gaze fell upon, was the individual packaging of the components all neatly arranged within the box. I then went like a bull in a china shop ripping and tearing grunting and squealing! My wife, well ... "Do you have to make all that noise" it's ONLY a piece of plastic she said. "Of course I do" came the reply. It's a MODEL, not just any model, it's a Ki 84 FRANK, "darling", with just a touch of "if you don't want to know anything about models, say not a word, humorous sarcasm that she knows so well). Oh the cross to bear with a wife that supports me! I looked and looked and looked, my word what well done rivets and engraving (if you like that sort of thing).

This aircraft is a fairly recent release of the series of kits made in the '70s and as such were brilliant when they were first released as they are still by comparing today's shake and make kits, from this initial assessment this is a model kit that will probably never be made by another manufacturer and will most likely be re released again! and the outcome ill be determined by the modeller building this fantastic replica, given a reasonable amount of work.

And yes, there is provision for a small motor (not included in this package) that with careful thought one may install. 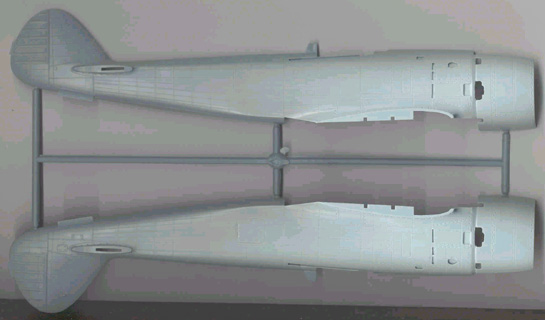 The model itself is quite large I held it up to my 1/32 Hurricane and it's a big model. The rest of the components to build this big "cutie" looks well done and some will need to be improved on.

There is everything there to build out of the box and would look great, however if you are like me, a little scratch building wouldn't be be out of place.

The cockpit looks to be passable if you build it out of the box, but little details in this area "makes it happen" as is the engine, which would be passable with a "tickle up". I understand Engine and Things makes a very fine job of the Homare 45 in 1/32. 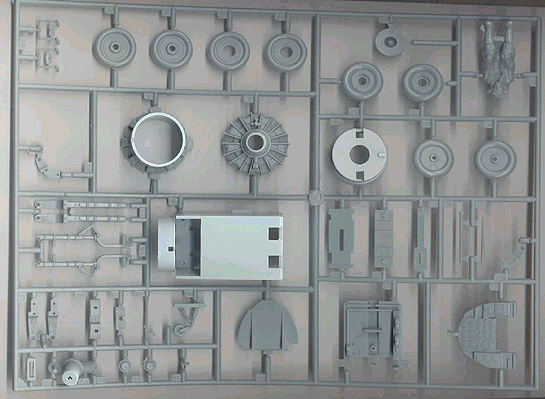 These days its fun to gather documentation and manufacture parts, sub assemblies and the like using acquired techniques. The wheel wells look impressive, from what I have seen of the pics on the real a/c this too can be dealt a healthy dose of detailing! There may be those who will choose to model their "Frank" with the flaps dropped and would look quite simply outstanding!

Looking at the three-piece canopy I noticed the bullet proof windscreen appeared to be a little out as does other minor faults, for some it won't be a matter of life or death but for others...! Compared with drawings (I know that some drawing's may not be accurate) and it does look wrong compared to the pics of the real aircraft, oh to be this picky in 32! 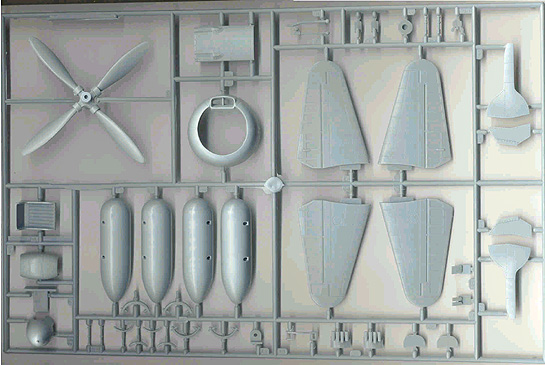 The only option available with this kit as to under wing stores is a nicely done pair of drop tanks, I understand that the drop tanks when painted could be n/m, grey/green and yellow/orange, with thanks to J aircraft forum for this and much more inspiring information. However, to add other ordinance is entirely up to the modeller and is easier than asking for that cold beverage you know you will get when the wife says, today I saved you $500! Oh and what did you buy and she says, nothing! 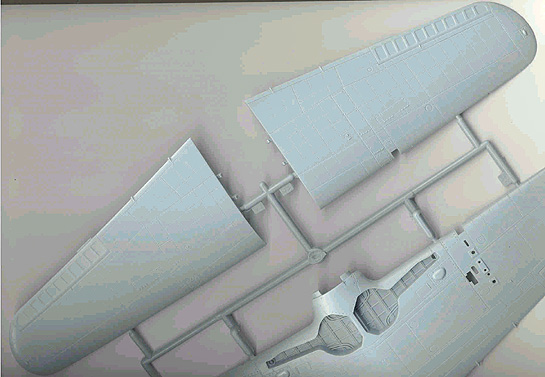 The instruction sheet is easy and simplistic to follow (if you follow them) and the colour drawings of the various a/c look just great. With a great deal of camouflage schemes available with Japanese a/c its possible to have an interesting and impressive model sitting next to that P-38. 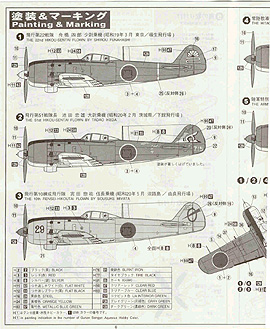 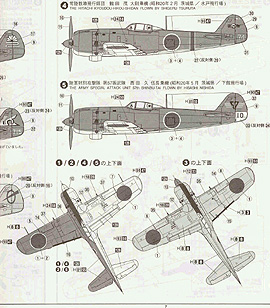 The decals "stickers" are of the later production and still never the less, look good and for those who choose to airbrush their Hinomaru, it will add to the "fun" of being a modeller.

All in all I find this to be a fantastic model and am grateful one exists, and seeing 32 scale is my favourite I will look forward to make this particular a/c and it's components. Now all I need is a Ki 61 TONY, now if anyone would care to donate one feel free! So if you haven't thought of this particular aircraft before don't delay, grab one while you can and add this exciting Japanese aircraft to your WW2 collection. Now with all my references and lightning skill, well maybe not lightning, all right I'm bloody slooow! You should get pics of glue stained fingers and plastic bits and a myopic view of someone who's been around glue for far too long!