The recent output of resin detail items from Jerry Rutman has been nothing short of phenomenal! Even more so when you consider Jerry has just released his first full resin kit in 1/32nd scale of the Focke-Wulf 190A-8 and that he is literally a one man operation.

If you've experienced the quality and value of Rutman Productions then you'll need no introduction to the fact that this latest detail set from the heart of Pennsylvania is up to Jerry's usual standards.

The set is designed to fit the Airfix big scale Wurger, which lets face it was cutting edge in 1980 but is now seen as barely adequate for a kit of its size. This is a shame really as the possibilities to make a great model from this kit are there, it just lacks a few important details. 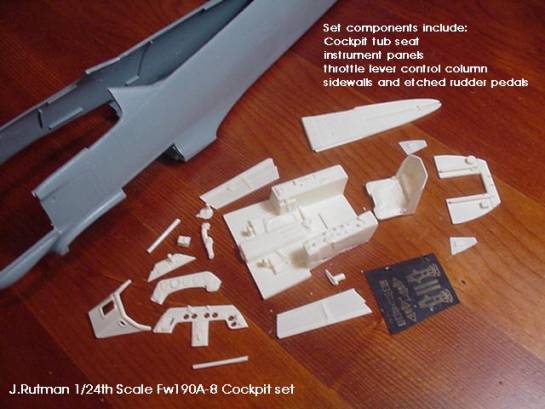 So to address the first of the kit's shortcomings Jerry Rutman has produced a replacement cockpit set. Comprising eighteen resin parts and a set of etched rudder pedals and harness buckles, the set includes nearly everything to replace the kit's basic cockpit. I say nearly everything because there are no instrument faces included or pilot's harness, but there are aftermarket items available or you can even make your own.

The tub has moulded detail to the consoles and incorporates the rudder pedal pushrods cast into the cockpit tub but more importantly it conforms to the correct shape of the original, tapering to the rear. The aft bulkhead is a separate piece and again faithfully recreates the late model 190 cockpit by being open to the radio compartment behind the armoured pilot's seat. (This detail, along with the tapering planform is often overlooked by other manufacturers). 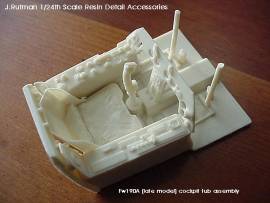 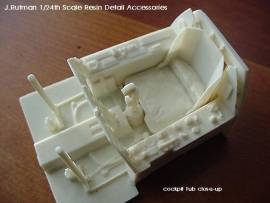 The instrument panel also follows the original design with the upper flight instruments being separate from the ammunition counter panel / gunsight mounting. To complete this vital area of the Wurger a new rear decking is included with cutouts for the canopy sliders. 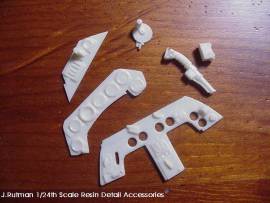 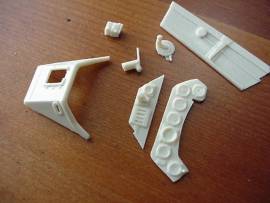 The illustrations really speak for themselves (even if my close up photography make some of the items about three times lifesize!)

Although Jerry's sets are not designed for novice modellers and some experience of working with resin is advised, they do score over the 'all inclusive' sets in that a degree of creativity and modelling skill is still possible.

To Wurger fantics everywhere this one is un-missable, to the rest of the modelling world, if you've ever contemplated going large (as a certain fast food outlet urges you to do!) then the time is now.