If it's Jerry Rutman's aim to provide the Focke-Wulf specialist with the means to produce every version of the Wurger and its variants, then this latest conversion set is another step closer to large scale Fw 190 world domination! 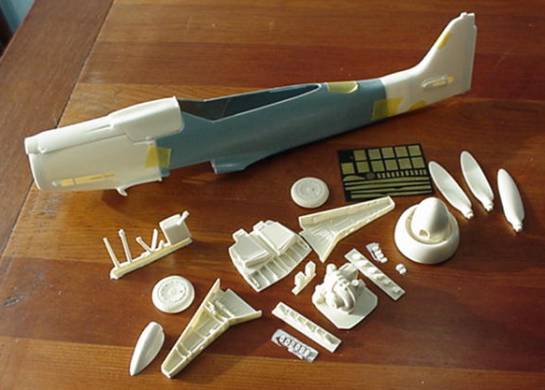 Quality and value are now bywords for Rutman Products and if you've used any of Jerry's resin sets before, then you'll need no introduction to the fact that this latest detail set from the Pennsylvanian resin dude is up to standards. The set is designed to convert Airfix's big scale A-5, into an accurate portrayal of the Fw 190D-9. 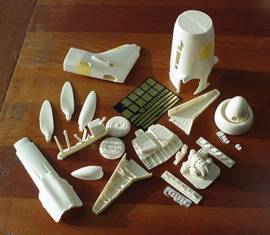 Comprising forty two resin parts and a sheet of etched details, the set is a well thought out solution to producing the Dora-9 in resin and scales out accurately to published drawings. Following the prototype in its design the set replaces the fuselage forward of the bulkhead firewall with a three piece cowling and adds the revised tail empennage to compensate the increase in fuselage area. 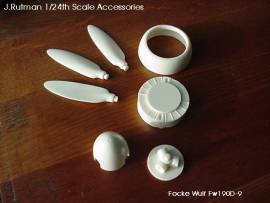 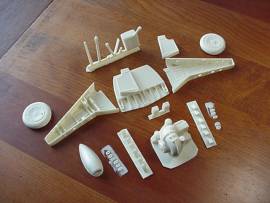 Included in the set are replacement wheel wells, resin wingspar/firewall and a set of late pattern treaded wheels alongside the essential trademarks of the Dora such as the Jumo supercharger intake and the separate AJA180L oil cooler. Smaller details are there too with the auxiliary air intake scoop on the top of the gun trough cowling along with separate exhaust stub ends to replicate the welded originals. 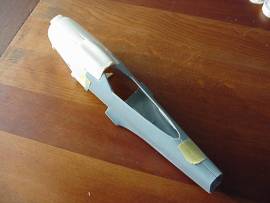 This set requires some major surgery to the donor kit and although the set is not designed for novice modellers, some experience of working with resin and multimedia is advised, they do score over the 'all inclusive' sets in that they allow the modeller enough space to still be creative. The resulting 24th scale Dora dwarfs the alternative large scale injection moulded alternatives and will make an impressive addition to any large scale collection.

I am making a set of comprehensive instructions for this conversion. I am still working on them and will be able to e-mail them to folks who already have the kit as PDF adobe file.

To large scale 'Doraphiles' everywhere this one is mandatory, and what better way to rejuvenate that old Airfix 190…