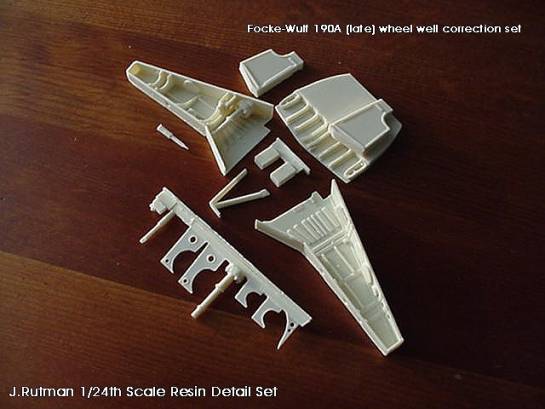 Under review from the workshop of Jerry Rutman corrects the other main flaw in the venerable Airfix old timer, namely the wheel well area. (ok so by Revell's large scale standards this a newcomer at a mere 22 years young, but hey both manufacturers have vintage kits which can still outshine modern contemporaries).

Included here again is enough to make a grown man cry with joy, crisp pale cream resin with accurate detail and again scope to add personal touches such as cabling and hydraulic lines. Missing form the review set is the centre panel with the characteristic dimples, designed to stop ingress of dirt into the BMW801 air intake. I'm not sure if this should be included in the set or whether the kit item is to be used here, more info on this to follow. The images show the layout of parts and included is a new firewall/mainspar section with separate ammunition containers for the MG131s alongside the barrels and mountings for the inboard MG151s. 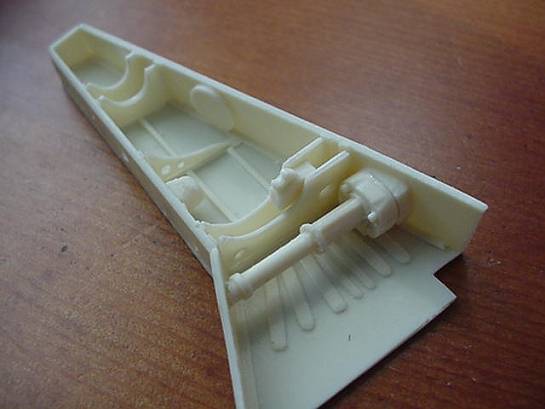