This is a review of Jerry Rutmans 1/32nd scale P-40E Detail Set, designed to be used in conjunction with the Revell release of this model. The Revell P-40E kit is among the first kits to be released in their line of 1/32nd scale kits. While the shape and surface detail is very good, it suffers from a poorly detailed cockpit and open wheel wells with no detail. Jerry's set goes a long way in correcting these oversights. Now, lets look at the components in more detail. 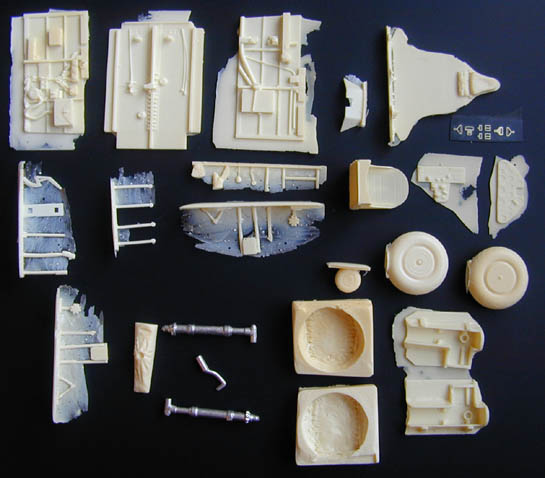 The set consists of approximately 40 resin, 3 white metal and 8 photo etch pieces. Jerry's products seem to have lots of flash to remove from the resin. This is easily cleaned up with a hobby knife and sandpaper and should pose no difficulty. The flash is a by-product of the casting method used. Pencil instructions with diagrams complete the set. 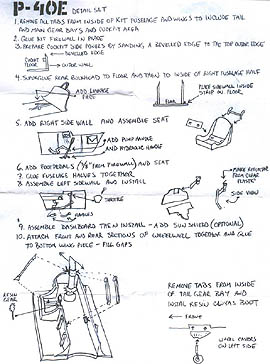 Jerry includes simple hand sketched instructions. I would consider alternating step 7 and 8, as the instructions would have you installing the left sidewall into the fuselage after the halves have been glued together. Otherwise, the sketches are helpful and any modeller with previous experience should have little difficulty completing this set. 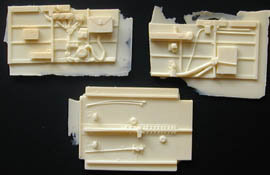 Jerry has designed this set as a drop in replacement for the kit parts. The only modifications required of the model are to remove all the tabs from the inside of the kit fuselage. The casting of the sidewalls, floorboard and aft bulkhead is excellent. All small details are cast onto the single piece units and they are easily discernible. Smaller details such as linkages, gun sight, throttle and the hydraulic pump handle are included and need to be added separately. 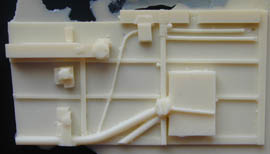 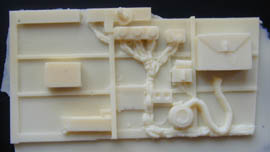 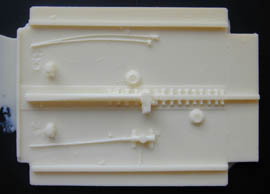 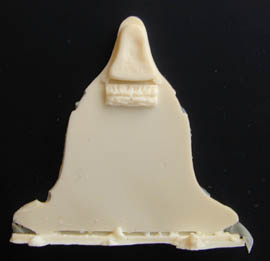 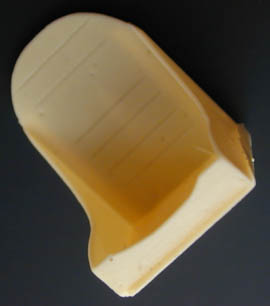 The seat comes in three pieces. Upon closer examination a few tiny bubbles are visible, but they probably will disappear under a coat of paint. Fine surface detailing can also be seen scribed into the backrest, however none are visible on the seat sides, as evidenced in photographs. The seat backrest is moulded flat whereas photos show it should have a slight curve. Portions of the seat base and mounts are cast as separate resin items. Photo etch seat belts are included completing the seat assembly. 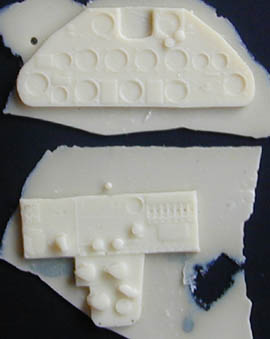 The instrument panel is cast as a two-piece resin unit. It perfectly matches the photos found in Bert Kinzey's Detail and Scale publication. Jerry supplies a nice resin gun sight and the modeller will have to supply the reflector portion made from clear styrene.

One of the major drawbacks of Revell's earlier 1/32nd scale kits is the complete lack of detail in the wheel wells. Their P-40E is no exception.

Jerry supplies the modeller with a superb wheel well detail set that is cast in four pieces. The forward components are nicely detailed and appear to drop into the model with very little trouble. They do include mounting holes for the gear struts. The aft wheel bay is cast as one large unit incorporating a canvas cover that was snapped into place on the real aircraft. Note: sometimes these items were removed in the field showing the inner wheel well structure. The canvas is nicely represented and I am sure that it will really stand out with effective dry brushing. A resin cast canvas cover is also included for the tail wheel well. 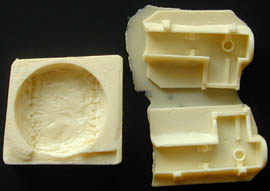 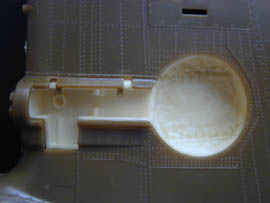 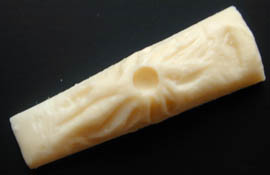 The main landing gear is constructed from a mix of white metal and resin pieces. The gear struts are cast in white metal, which should assist in supporting the completed model. The struts are nicely detailed and they are a significant improvement over those items supplied by Revell. However, the modeller will have to add the required brake lines that are visible in this larger scale. The main gear actuators are cast in resin. Instructions clearly show where these items are to be located. The tail wheel strut is also cast in white metal. 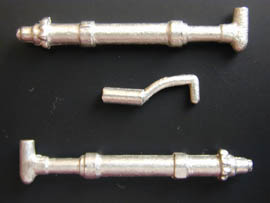 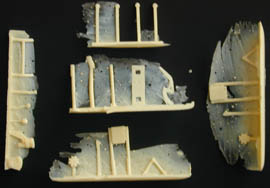 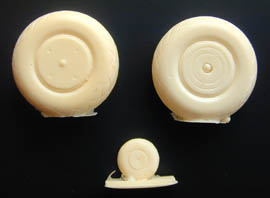 Replacement resin wheels are also supplied in this set. The main wheels are flattened and will require some minor clean up. The tread pattern and hub detail is perfectly scribed onto the surface. The modeller will have to drill holes in the hub to accept the axle of the gear struts.

By adding Jerry's detail set to the Revell kit, an eye-catching model should be the result. The ease of construction of this detail set should pose no difficulty, as most parts appear to simply drop into place. I highly recommend this set to anyone wishing to add further detail to the 1/32nd scale Revell P-40E.