Many 1/32nd scale model builders are becoming increasing familiar with Jerry Rutman's extensive product line. Among those items recently released is a replacement resin fuselage for the Revell P-47D Bubbletop. This is a review of that product.

When I received the resin cast parts, I discovered that the parts were shipped in a large cardboard box with larger items taped within, to avoid damage while shipping. A set of pencil sketch instructions, 1 styrene and 17 resin pieces make up the set. 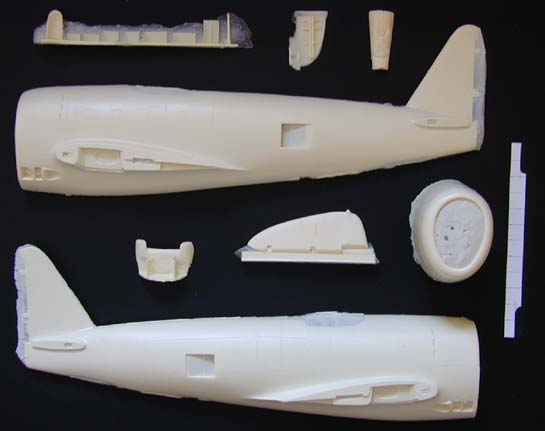 My instruction sheet was damaged in shipping, having arrived with slight tears and scuffs (see attached scan). However, due to the simplicity of the conversion, it won't pose any difficulties. The pencil sketches are easy to follow and I doubt that any modeler will have difficulty understanding the task at hand. 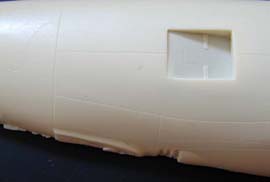 The fuselage is designed to be a direct replacement for the styrene items supplied in the Revell kit with no modification required. I was able to dry-fit the Revell wings to Jerry's fuselage with no difficulty. The tan resin casting is nicely done with recessed surface detail. Consequently, the kit wings should be scribed and sanded to match. The modeler is required to add a number of resin scoops over the oil cooler, intercooler and turbocharger exhausts. Thin areas of flash need to be removed from the cockpit and tail wheel opening. The fuselage interior has small ribs attached to assist in the correct placement of the interior parts. Jerry completes the fuselage with newly detailed set of canopy rails, antenna mast and tail wheel boot. 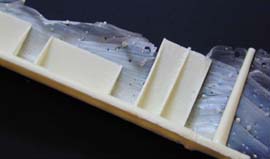 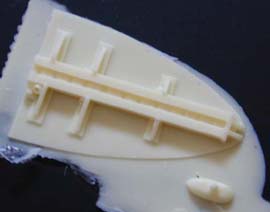 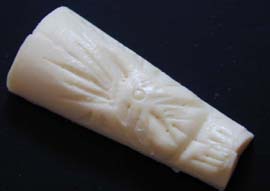 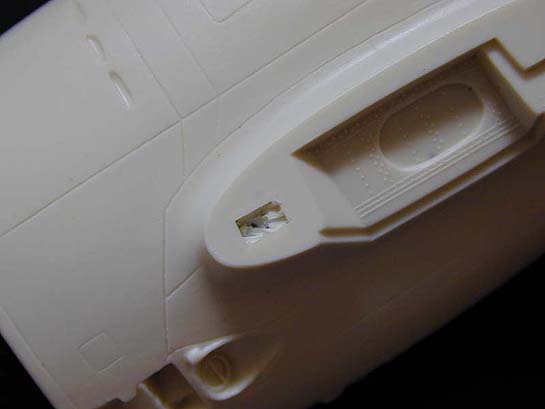 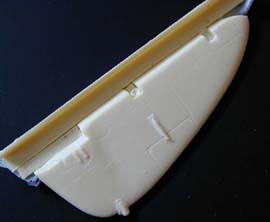 Jerry also supplies a separate one-piece rudder, allowing you to position it at any angle. It is also nicely scribed to match the fuselage. Much has been written about the inaccurate profile of the tail in the Revell kit. Using references from Aero Detail and Detail in Scale, Jerry has corrected the outline of the leading edge of the tail. 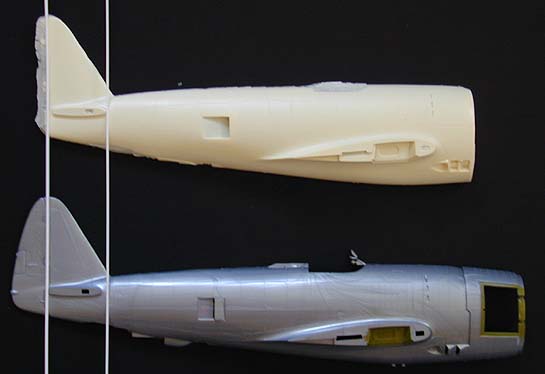 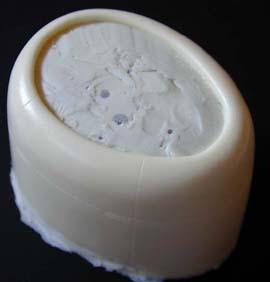 The cowling is made up of three pieces, and needs to be added separately. It matches the fuselage with its finely scribed surface detail. The instructions make no mention of the cowl flap and oil cooler/air intake installation, however, the parts are included. The cowl flaps can be added in either the closed or open position. The fit of the oil cooler/air intake appears to be poor with no alignment marks visible in the cowling to assist the modeler with its proper location. Careful attention needs to be made to ensure that it sits exactly at the bottom of the cowling. A finely scribed circle can be found on the firewall attached to the fuselage. I assume that this is to show the correct location to mount the engine. No mention is made in the instructions for its intent, or for that matter, how to mount the engine.

I highly recommend this product to any scale modeler with a desire to create an accurate 1/32nd scale P-47D Bubbletop. The replacement fuselage, with its scribed surface detail and corrected outline, is vastly superior to the Revell item.