The Lockheed P-80 Shooting Star will go down in history as the USAF's first operational jet fighter, as well as the first American jet to see combat. The first prototype, the XP-80, flew on January 8, 1944. By December 1944, two prototype YP-80A's were sent to England to demonstrate their capabilities to combat crews and to help in developing tactics against the German jet fighters. However, one of the aircraft crashed on its second flight and the other crashed months later following engine failure. Two more YP-80A's were sent to Italy and actually flew a few operational sorties, but no enemy were encountered. By the summer of 1945, production P-80A's were in route to the Pacific to fight Japan, but the war ended before the planes were fully assembled and ready for combat. The accident rate was high for these early machines, with several pilots, including Major Richard Bong, losing their lives in the type.

The P-80C was the final production Shooting Star. This heavier and more powerful version first flew on March 1, 1948. In June of that year, it was re-designated the F-80C. The F-80C was the most common variant of the Shooting Star in the Korean War, mainly used as ground attack aircraft once the MiG-15 entered the fray. Most of these aircraft were fitted with two wing pylons and under-tip tanks, later additional pylons were added to increase the payload. After the war, with the advent of the F-86, the Shooting Star was soon removed from regular service. 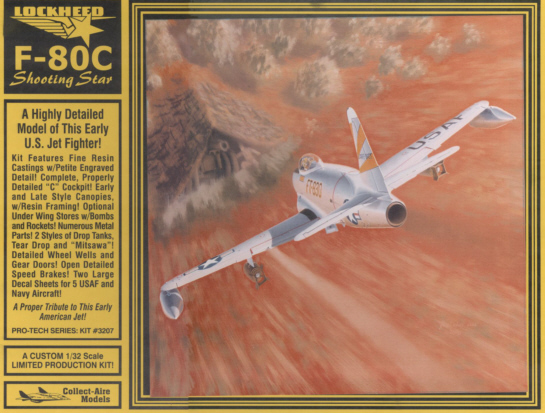 Although an important aircraft in aviation history, the P-80 has not been kitted too often in any scale, and never before in 1/32nd, until now. The new Collect-Aire kit is I believe only it's fourth foray into 1/32nd scale, after the L-39 Albatros, the T-38 Talon , and F-105 Thunderchief. It is cast in the cream-colored resin favored by most manufacturers. Unfortunately, I have few resources on the P-80, so this review will have to be mainly a look at the parts included.

The airframe is cast in two parts divided vertically as per most aircraft kits. Panel detail is in the form of petite engraved lines. The two intakes are separate pieces, giving better depth but causing additional joints to fill, pretty large ones on my kit as there is about a 1mm gap to fill. The right intake includes the small fairing inside which houses the gun camera. The wings are molded in one piece with wheel well detail molded in. The detail looks good with some wiring included, but there are a few air bubbles in some of the cable detail. Dihedral looks pretty good, although there appears to be a slight droop on one of my wingtips. A little warm bath should take that right out. A separate nose is provided with four of the .50 cal openings, the other two openings being in the fuselage proper. This is a little odd to me engineering wise, possibly it was done this way for the future T-33 trainer they are planning on doing. The bad news is the nose is quite a bit wider than the rest of the fuselage so some reshaping will be required - not good with the other two MG openings in the way. A drop-in nose wheel well is provided with nice detail which should look good painted and drybrushed. The exhaust is a simple tube affair with no internal detail. 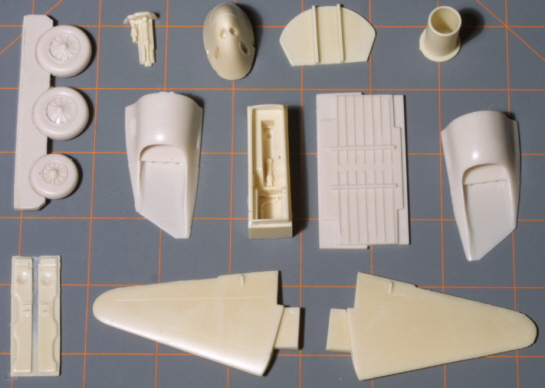 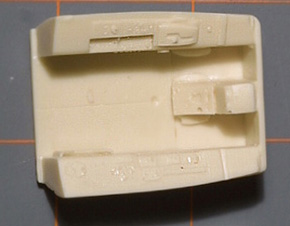 The cockpit detail doesn't appear to be too bad, a little bit soft in some of the details compared to other manufacturers maybe. I don't have any pics of P-80 cockpits, so I am unsure of the accuracy. The kit does include two types of rear decks and an extra vacu-formed canopy, which is a nice touch. There are no instrument details on the kit panel or instrument decals provided so you are on your own there. 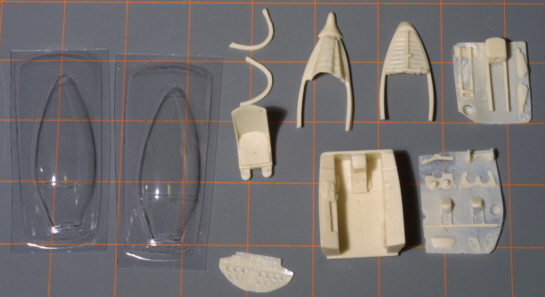 Ordnance consists of two different size and type of drop tanks, 2 - 500lb bombs and 4 - white metal rockets. The bombs are cast in two parts each which looks scary joint-wise and the white metal rocket fins look a little on the thick side. After seeing the Fisher Models ordnance that comes with the Panther kit, I will probably beg for another set (or two) and use those. 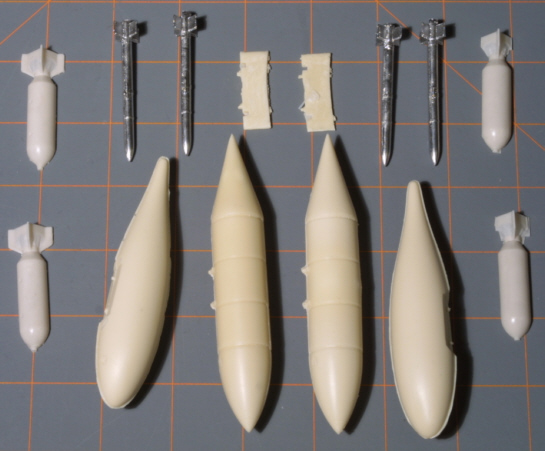 The white metal accessories look pretty good in both detail and casting quality. There sure are a lot of little pieces. I haven't figured where everything goes yet, hope I do when I build it! The landing gear is all in white metal and should easily support the weight of the kit. 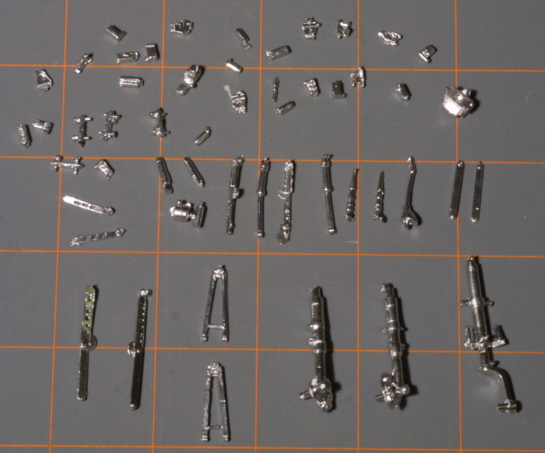 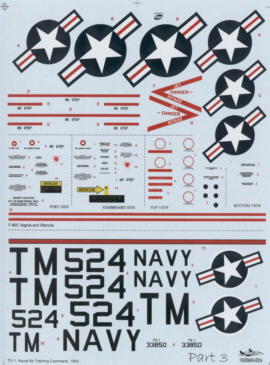 The instruction sheets consist of a short history and several exploded view drawings to locate parts, with no verbiage. Time will tell whether this is enough, I can already see that locating of some parts will take some further study. Also included are some nicely printed color sheets with markings and stencil detail. Three different schemes are given, including markings for Maj. Charles J. Loring, posthumously awarded the Medal of Honor for crashing his damaged aircraft into Communist flak emplacements. The boxtop artwork is of this aircraft. A good selection of stencils is also included, although no ordnance stencils are given. I can't tell who printed them, but they appear nice and thin and in good register with a lot of the stencils legible. I have found one typo already in the stencils, but it doesn't appear to be a rampant problem. 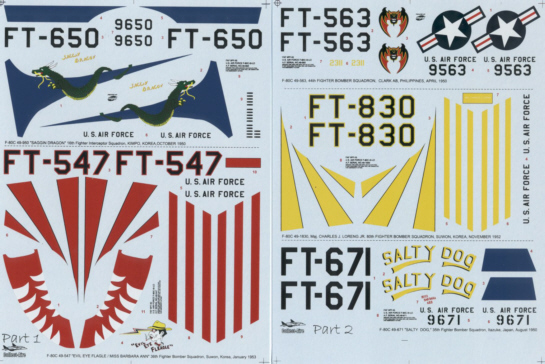 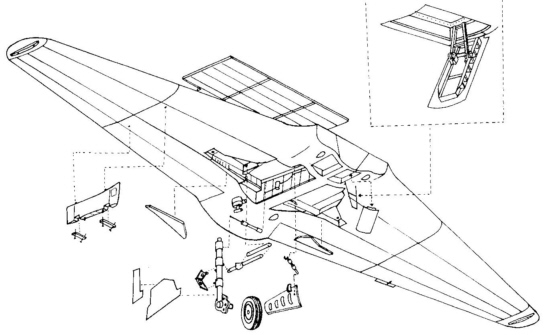 I believe this will build up into a nice kit of the F-80C. Its not like there are many choices out there. It will take some work as there are some fit problems, but I haven't seen a resin aftermarket kit that didn't typically take a lot more work than a mainstream plastic kit.