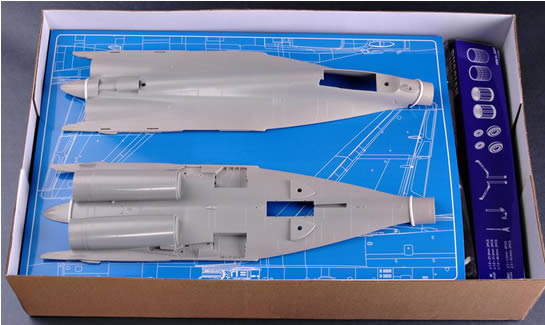 Either way a modern 32nd scale jet is going to jump out of the box at you and make a massive first impression. Trumpeters Su-27 did it, and now the MiG-29 follows suit. Despite the fact that it is a smaller aircraft, the Mig-29 still makes a large impact despite still being attached to the sprues.

The detail is well realized and exemplifies the consistently improving nature of Trumpeters efforts, and should be commended. While some of the detail is very simple ( I draw attention to the intake guard, which were also a problem on the Su-27 ) there are a couple of points that Trumpeter has improved on from the Flanker. The bang seat is noticeably nice, as are the burners and cans with good detail inside and out, albeit a tad on the light side. 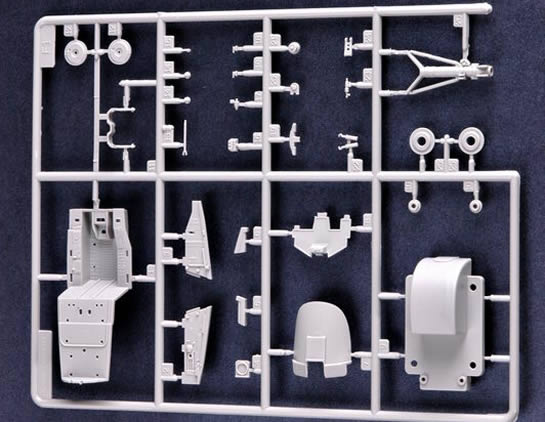 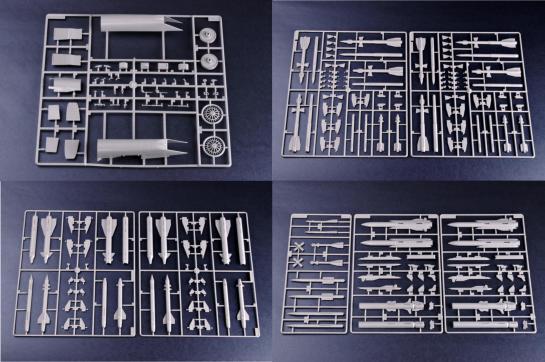 Some questioned the logic of doing the M version as the options for it are fairly limited, and would thus affect sales, but I think the opposite may be true as had Trumpeter simply released an updated version of the same mark as the Revell kit for twice the price then I think they would have had a hard time shifting them.

The Trumpeter kit is of the Multi role version of the Mig 29 and in it there are some parts for the carrier based K version which will no doubt be released by Trumpeter in the near future. The clear parts include both variants instruments panels, and the ordinance 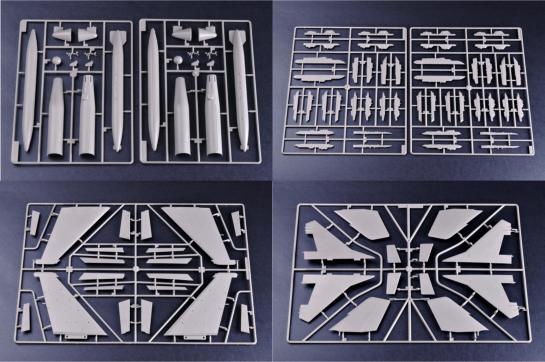 There are quite a few weapons included with this model, and there are some that will be suitable for both the sea variant as well as the multi role fighter. Overall this is a very well provided for kit and one that shows a great deal of potential.

Ok so we knew it wouldn’t be perfect, but did we expect it to be? Personally I think that as the quality of kits rises so do our expectations, justified or not. There are obviously some limitations in the injection moulding process, and it would be unreasonable to expect any company to produce the perfect model. This kit is an excellent model, and I by no means know better than the people who designed it but there are one or two things about the model that I was slightly disappointed with. Most obviously was something that jumped out right away. 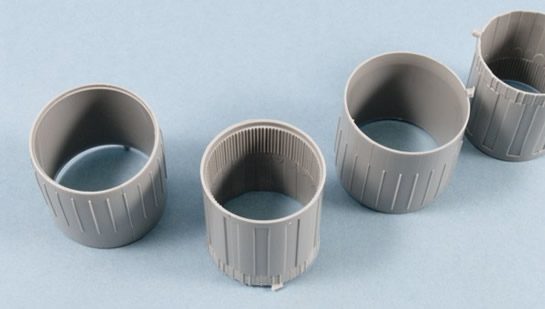 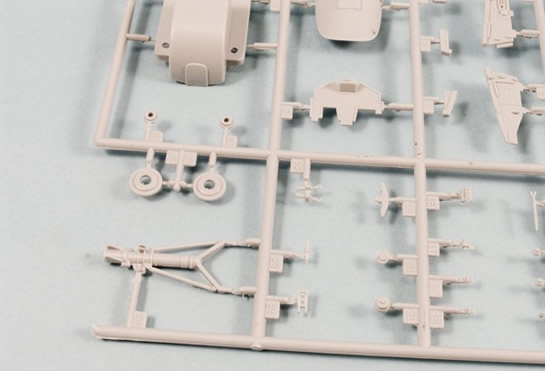 One of the first things I did was take the fuselage halves and fit them together. This exposed the problem with the fit in the nose area. Rather than have the seam run along the join at top to bottom, it runs directly through an access panel and to remove the seam will involve destroying the rivet and panel line detail and having to re do it all. It wouldn’t be so bad if this was in a non obvious spot, but here it will all be very visible. 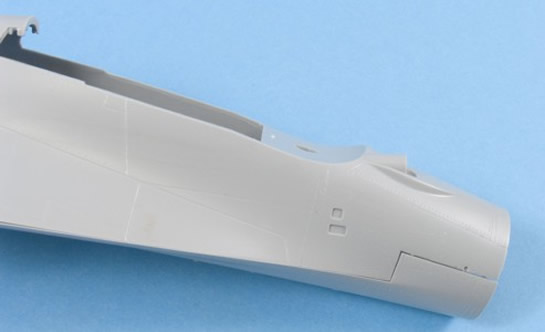 When you scroll the various reviews of Trumpeter kits on the web one common theme is the etched and metal rod actuators being a problem for some. Personally I like the idea as it is easier to work down from this option rather than adding it, however it isn’t the easiest way to make the flaps. 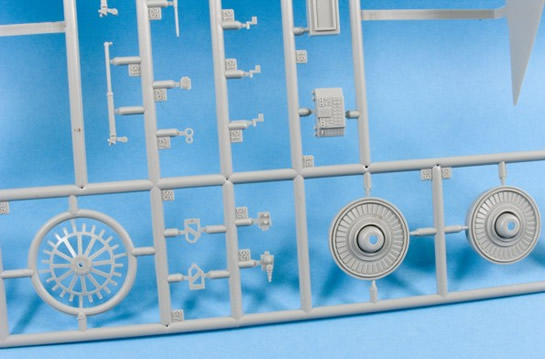 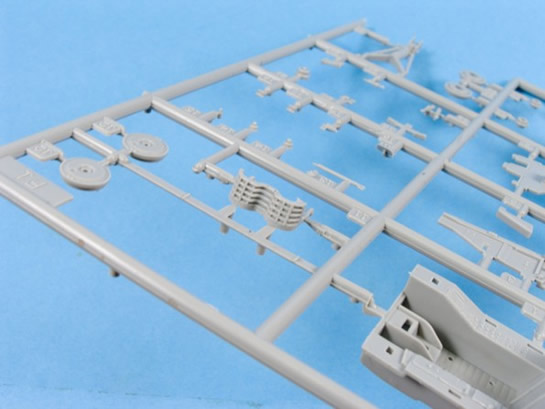 At this point you will be saying, "That’s all well and good Jay but how does this model measure up to plans!?!" And to be honest with you I am not the type of modeller to hold parts up to scale diagrams and hold them to a ruler. However, I do take the time to study pictures and details of the plane and compare them to the model, and I can say that this models measures up very well that way. By doing the same with the Revell kit, there are some very noticeable profile differences between the kit and the model, but here this is not a problem. The outline is very accurate and the details stand up well to scrutiny. There are a couple of points where the rivet detail is slightly off but for god's sake it is a model and there are bound to be some issues. I can personally live with it and those who cant will know better than I what they want to fix on the model, so I will leave them to it. 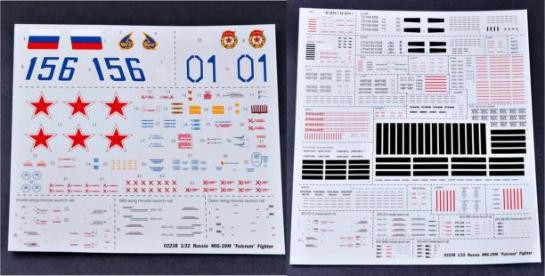 All right, time to pass judgment. In a word, Great. Personally I think it is time to look at the overall appearance, and what you get for your money and this kit scores highly on both counts. Of course I would like to see it appear at about ten quid cheaper, but then we can't expect everything and if we want quality releases to continue to appear then we need to be prepared to pay for it and for the people who make it to make some money doing so. This plane lends itself to this scale very well, and being much smaller than a Flanker it will certainly be much easier to display after it is built.