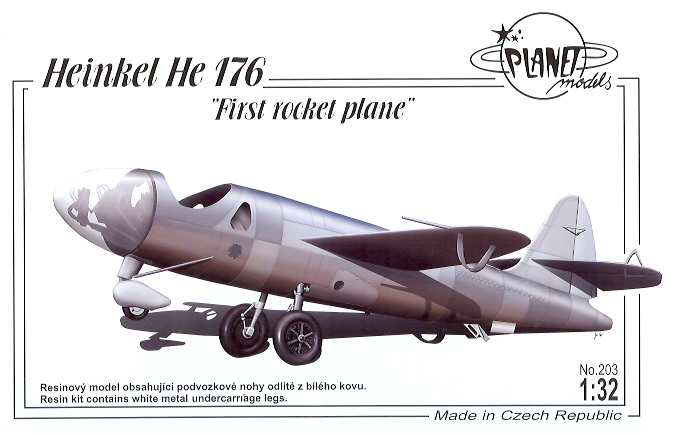 The latest in Planet Models unusual aircraft collection is the Heinkel He 176. Unusual enough that I don’t have much in the way of references! Only one mention and a pic of a model in an old Schiffer book is all that I have. Internet to the rescue! I found a pretty good webpage on the Heinkel rocket interceptor here: http://www.luft46.com/prototyp/he176.php In summary from the webpage, this aircraft was the first liquid-fueled rocket powered interceptor for use against high-flying bombers.

This was a small aircraft, with a circular fuselage and the pilot flying from a reclined position. First flight was made in March 1939 with limited amounts of fuel in the aircraft. Although several flights were made, the RLM leaders - not to mention Hitler - were not impressed and Heinkel was told to terminate the project on September 12, 1939. Supposedly the prototype was eventually sent to the Air Museum in Berlin, but was lost in an air raid in 1944. 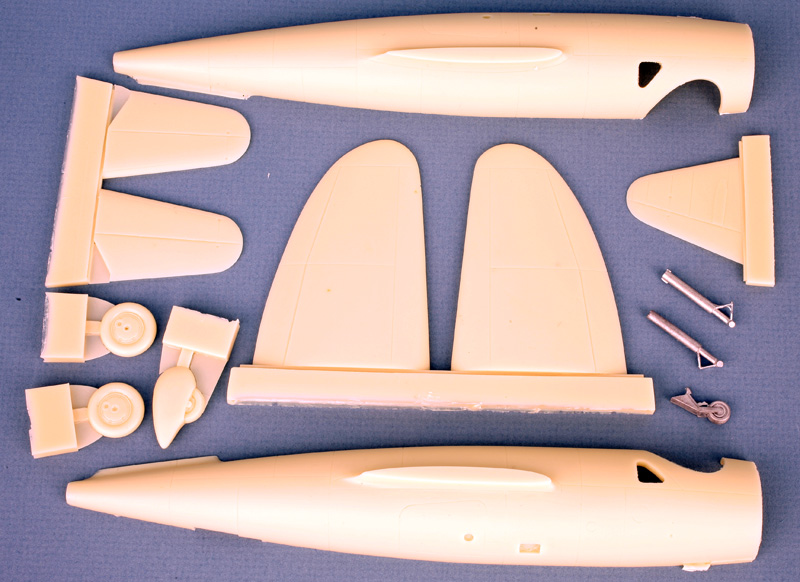 The kit consists of 26 cream colored resin parts, 3 white metal parts (landing gear) and two sets of vacuformed (very) clear parts. It appears that CMK has acquired a part or all of Planet Models as their name figures prominently on the instructions and enclosed catalog. I don’t know who is doing the casting now, but the parts are near perfectly cast. Simply beautiful with very sharp, fine panel lines. I have other Planet Models kits and they are well cast also, but this one seems just a bit cleaner, with crisper detail. 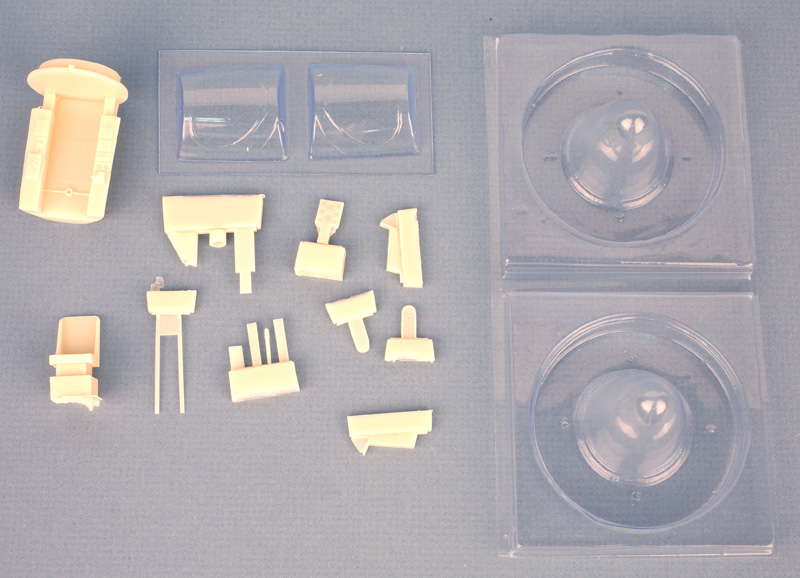 As for accuracy, the only reference I have is the above-mentioned website, which also has a pretty nice set of drawings available. I downloaded them and printed them out as close to 1/32nd scale as I could. The model matches pretty darn well to the drawings, with a couple of exceptions. Two of the more obvious differences are the canopy, which is smaller on the model, and the main landing gear wheels, which are A LOT smaller on the model. Comparing the kit to the one known photograph on the website, the model looks OK in proportion so maybe the drawing is off? Probably no way to tell for sure. The other items that look off is the cockpit tub and especially the pilot’s seat. Both appear too small. I have shown the seat compared to a Bf 109E seat from Cutting Edge to show how small it really is. I plan on replacing it with the largest seat I can fit into the cockpit tub. The seat also doesn't look reclined enough, although I suppose it might be adjustable? The only other detail worth mentioning is that it appears the little triangular windows behind the canopy seem to have a little tighter radii than what the picture shows.

No PE or the like is included in the kit. The builder is expected to scratchbuild some details such as flying surface actuators and wingtip skids. You are also supposed to provide some clear film to fill the small triangular windows behind the main canopy.

Instructions are included which are in a pictorial format and are done pretty well, it would have been nice to have a little more help with placing some of the small parts. Anyone with a little experience with resin kits should be able to get through pretty easily though. A painting guide is included, basically it calls for natural metal finish on the fuselage with RLM02 flying surfaces. One other note: the kit includes the added wheel at the nose which was used for towing and taxiing trials. The aircraft was actually designed to be a tailsitter. So although the instructions don’t mention it, I would think the front wheel could be optional. Unfortunately there are no pics of the aircraft that actually flew, so we don’t know if they carried any markings. I guess it is up to your imagination as to what they might have looked like. 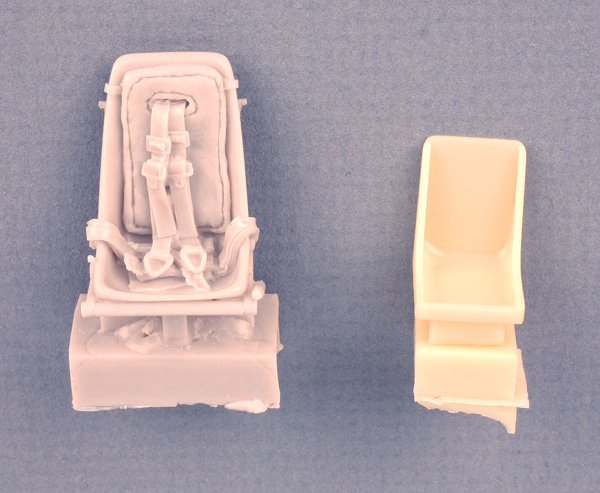 In summary, this is a very nicely done resin kit of a very unusual aircraft that was really one of the first attempts the Germans made to create a rocket fighter, which culminated with the Me 163. The He 176 would look nice sitting next to the Me 163 in your display case, showing the development path.