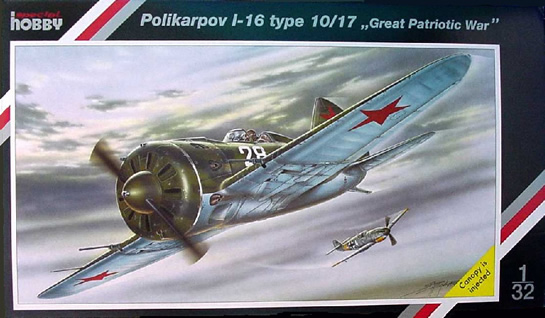 The recent release of Special Hobby’s Polikarpov Type 10/17 might prompt one to observe, “why another I-16?” Okay, I’m quoting myself, but if you have a similar question, here’s what I found.

This kit is distributed by MPM Productions Ltd., Czech Republic, under the label ‘Special Hobby’. Also affiliated with MPM are Classic Airframes, CMK, HML and Azur. It is the Azur connection that has made this new Special Hobby kit possible.

The Special Hobby I-16 has all the sprues of Azur’s Polikarpov I-16 Type 10; sprues A, B, C, the clear sprue, the special resin pieces, and the photoetched metal are all the same – that is, identical. However, Special Hobby have deleted the Spanish Civil War decals and have included their own decals to cover 3 aircraft of the Russian “Great Patriotic War”. An all-new sprue D provides the appropriate Type 17 cowl revisions, an option of landing on skis, wing cannon, and special covers related to the landing skis. 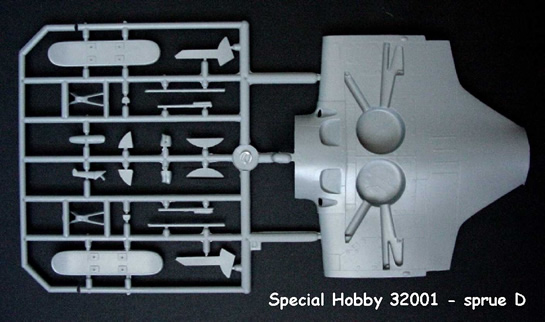 Azur’s Polikarpov I-16 Type 10 has been thoroughly reviewed on the web (a list of web links at the end of this review). Various shortcomings have been discussed, but generally, as a limited-run injection kit with multi-media enhancements, it has been favorably received. In fact, one reviewer claimed it to be the best I-16 currently available in any scale! Azur’s release however focused on the I-16’s initial combat venue, the Spanish Civil War, with markings supplied for 3 aircraft of that conflict, 2 Republican and 1 Nationalist. Contact Resiné answers some of the variation deficit with the offering, printed by HobbyDecal, of a 3-sheet set of dry-transfer markings of 9 more aircraft, 7 Russian and 2 Spanish Nationalist and another set for the Type 24 (that’s a whole new story!). (Still no one has offered any of the Chinese markings).

Some background on the Type 17 can be found at Modeling the VVS 1930-50:, a website spawned by the excellent Classic Publications, Ltd. book, Soviet Air Force Fighter Colours 1941-45 by Erik A. Pilawskii.

Essentially, the Type 17 has a revised engine cowling featuring cut-outs along the bottom surface to accommodate the flush folding of ski-type landing gear and a reconfiguration of the engine exhaust stacks to crowd two exhaust pipes into the lower-side cowl ports.

Also with the Type 17 the two wing ShKAS machine guns were replaced with 20mm cannon, converting the plane into a ‘gun-ship’; although the weight penalty degraded performance, pilots seemed to prefer the heavier armament. 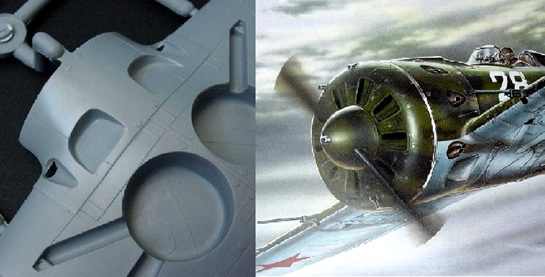 The kit supplied nose cowl is the one from the Azur Type 10 with the ‘T’ shaped lower intake; on many Type 17s this was rectangular. 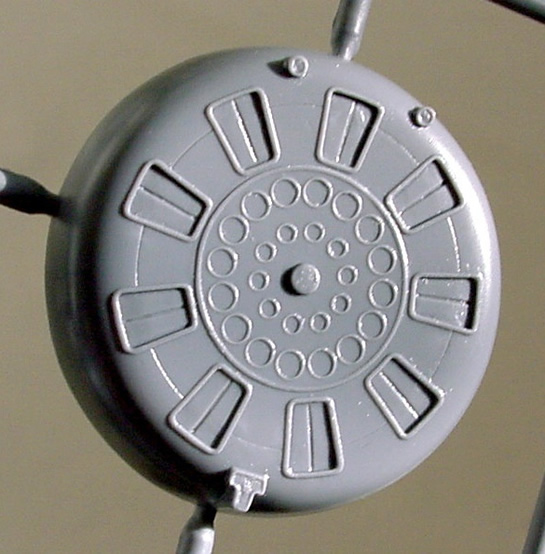 That is the kind of information I like to find – it alloys me to proceed with the fun part of modeling with some degree of confidence! Armed with that information, one can study the kit instructions and determine viable alternatives. Steps 5a & 5b call for a decision to use the Type 10 or Type 17 underwing/cowl.

If you go the Type 10 route, step 6a and 7a have you apply various pieces for the “non-retracting skis” of a Type 10. This is a caution point: the Type 17 cowl has exhaust ports moved and depressions cut into the cowl for the retracted skis, but no guidance is provided about what pieces to mount to make a ski equipped Type 17. Some of those pieces identified in step 6a and 7a for use on the Type 10 with skis are needed to make the Type 17 with skis, which leaves the modeler to assume that the same pieces can be substituted. 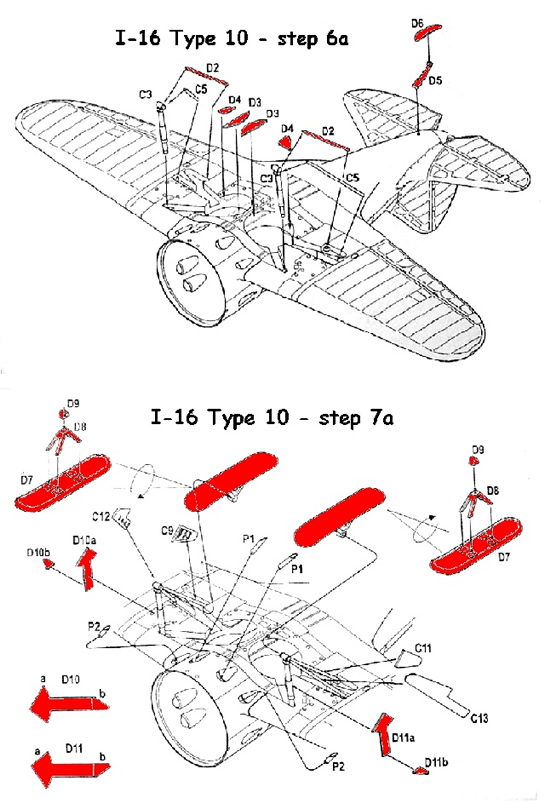 An I-16 with skis is really the only reason to select this kit over the Azur kit (or that it has the Russian markings, but save the difference and get the Contact Resiné set). It is a curiosity that no where on the sealed box is there mention of the ski gear within; are we to assume from the mention of “10/17” that this is the case? Certainly an inference that would escape me! Anyway, now we know. The decal markings provided for 3 veterans of the “Great Patriotic War”:
A - Type 17, of 2nd Lt. Michail Vasiliev, 4th GIAP, Leningrad Front, 1942 (28)
B - Type 17, of 1st Lt. G Zhuikov, 7th IAP, Leningrad Front, Summer 1941 (8)
C - Type 10, equipped with non-retractable skis, Winter, 1941 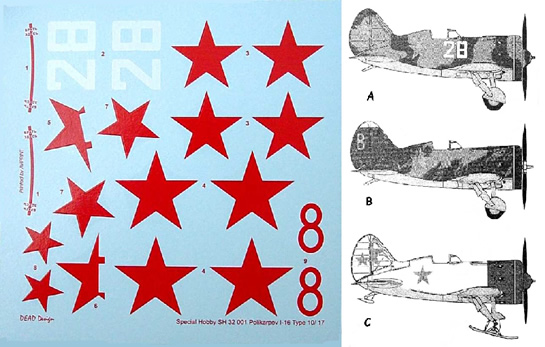 One last item: some information about the two spinners in both I-16 kits can be found at: http://vvs.hobbyvista.com/ModelArticles/NewFindings/VVS_new.php

Apparently the blunter spinner was found only on the Type 24’s that derived from only one factory.Seems to be a very limited application to include in the kit.

Personally I am impressed with the very subtle and sensitive rendition of surface detail on these kits.Construction requires some careful planning of the assembly sequence to insure retention of this wonderful detail. I highly recommend reviewing Hector Mirasol’s build comments and notice the way he changes the sequence of wing assembly.