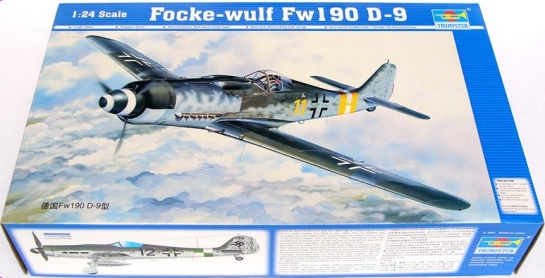 The Focke Wulf Fw 190D-9 was arguably the finest piston-engine fighter that the Luftwaffe fielded during WWII. With impressive speed and high altitude performance the "Dora" took the Fw 190 design one giant step further than the short nosed "Anton" and "Franz" variants and was able to realize large enough production numbers to have real impact on fighter operations of 1944 and 1945 as a true high altitude interceptor.

One of the mandates of the contract that the Fw 190 ultimately filled was to utilize a high performance engine that was not the DB601 or DB605 (the engines that powered the Messerschmitt 109). Two engines were in development and or production at that time, the Focke Wulf 190 was to use both during its life span. The BMW 801 14 cylinder radial used on the A and F models gave the 190 a brutish appearance and profile, while the Jumo 213 12 cylinder inline engine used on the Dora, elongated the fuselage both forward and aft of the wings giving the 190 a more streamlined and elegant look and allowing for a huge boost in high altitude performance. Lighter than the A model, and with the same basic horse power, the Dora soon outshined its snub-nosed brother and more fully realized it's design potential. Ultimately the Dora would serve as the test bed for an even more radical interpretation of the 190…the Ta 152.

After almost flawless trials, the Dora was put into production in late 1943, and was serving with front line Staffels of JG54 by August of 1944. Immediate and glowing reports came from Dora pilots on all fronts. This plane's superior speed and handling rivaled (and some would say "trounced") the performance profile of the Merlin-Powered P-51D Mustangs and late marque Spitfires.

Serving primarily on the Western Front as a "home defense" fighter the D-9 gained respect in combat from both RAF and USAAF crews; when a "long nosed" 190 was spotted, things were about to get serious. The Dora excelled at interception, and more to the point, fighter vs. fighter combat. It's liquid cooled engine made it a bit more vulnerable than it's cousin the A-8, and as such it was assigned to escort and protection of the brutish Anton "Butcher Birds" that found their specialty in taking down the massive Flying Fortresses and Liberators of the Mighty 8th.

Indeed it was the slender Dora that got "protection" duty for the initial Me262 units, whose swift and deadly jets were very vulnerable at take off and landing. The D-9s rode high cover for the 262s to intercept and thwart the roaming Thunderbolts and Mustangs.

Many D model Fw 190s were captured at the end of the war by advancing US forces, and analyzed. Along with the rocket-powered Me 163, and the twin jet-powered Me 262, the Dora's advanced design and performance clearly unveiled a superior level of design and aeronautical engineering. The Allied forces had been up against the most advanced fighter designs of the time, and had won the day. 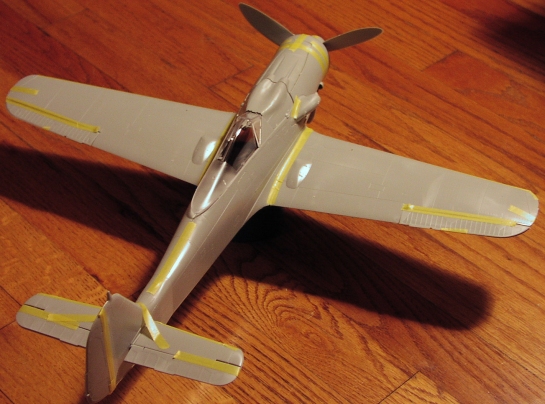 A full set of sprue shots can be found at Trumpeter's web site here. A brisk 150 parts on seven sprues, photo-etched pin hinge posable flight surface system, and a film instrument panel are packed into Trumpeter's classically stout box to make up the big Dora kit. Gone are the rubber sprues for tires and engine plumbing, which this reviewer sees as a relief.

The cockpit is well detailed given that it is a sparse 11 pieces including the gun sight. While not up to the standards of the aftermarket, it will build up nicely and is fairly accurate. The instrument panel is molded with a combination of film instruments for the top row, modeled in a sandwich type of system, and a strange lack of any method provided to add instruments (as decals or film) to the bottom row.

A fully detailed Jumo 213 is included and very well modeled. Some of the rear end will show through the open style gear bays that the Dora was famous for (and that Trumpeter has reproduced well here), but there is no option to expose any of this beautiful engine through open panels or clear parts on the cowling itself. Conversely the triangular tail gear access panel on the fin is molded as open, yet no detail is present on the inside. The MW50 water tank is also included, and again with no way of seeing it as it was mounted deep within the fuselage and the access panels are all molded closed. To expose the included detail some major surgery would be required. 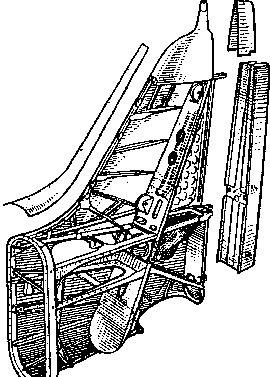 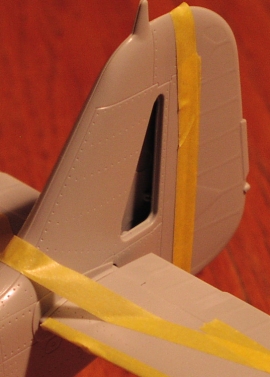 Engraved panel and rivet detail is the most subtle yet from Trumpeter and looks very "scale." There is a slight discrepancy in depth of this detail between the port and starboard wings on my review sample but beyond that, the molding detail is crisp and well done.

The kit offers a choice of gun hoods and canopies for the various versions of the D-9. As well the radiator flaps can be modeled open or closed and offer the only other view (if limited) of the Jumo engine. Check your resources to insure you are using the correct parts here. The gun hood has always been a point of heated argument, here is one of the hoods test fitted for review. 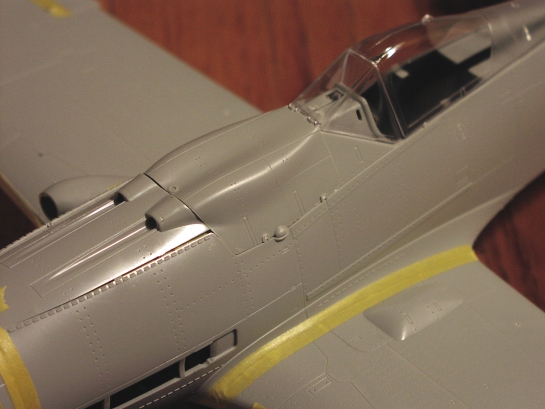 All of the flight surfaces, including the flaps, are poseable and use Trumpeter's now-classic hinge/pin system. While posable surfaces is a welcomed feature, Trumpeter's system is slightly hard to control and requires focused attention to get consistent results. Fabric detail on the elevators, rudder and ailerons is nicely done. 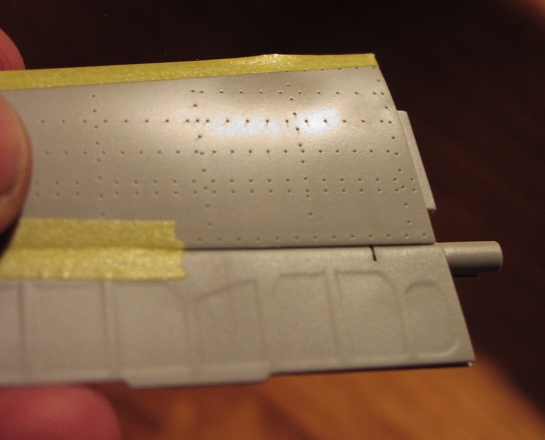 The landing gear is molded in black plastic, and engineered with working spring oleos (as their 1/24 109 series). The main gear leg assembly calls for attachment of the gear legs prior to mating the wing halves, attention to the instructions during the build will be required here.

"Yellow 11" from Stab/IV JG3 is the primary decal set, and the sheet is printed in register with adequate stenciling and crisp detail. While the mysterious "Black 12" is also offered, it is conspicuously absent from the painting and decal placement guide. Indeed I cannot find any photographic reference to this specific aircraft anywhere so I cannot comment, but then again neither did Trumpeter. I doubt that it will be long before there are many after market decal sets offered, so this is no setback. 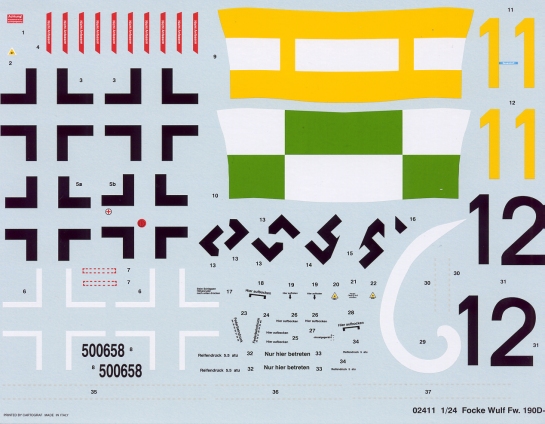 There is good and bad news on the accuracy front for this kit. With this release Trumpeter has reinforced their reputation of making accuracy mistakes. With all the resource that is available for the Fw 190 D-9 (Including the body of work that Jerry Crandall has dedicated to it) it seems careless that some of the following issues were not addressed. And even more so as many of them are classically specific to the 190 and present in other kits.

Basic shape is very good, and as you can see it looks like a D-9 just with the basics taped together. The prop is shaped well and looks to be fairly accurate as well. 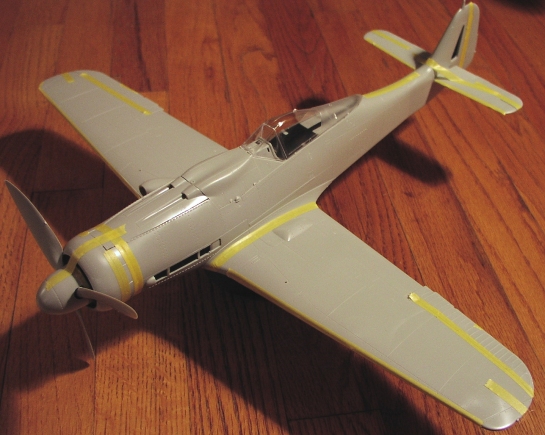 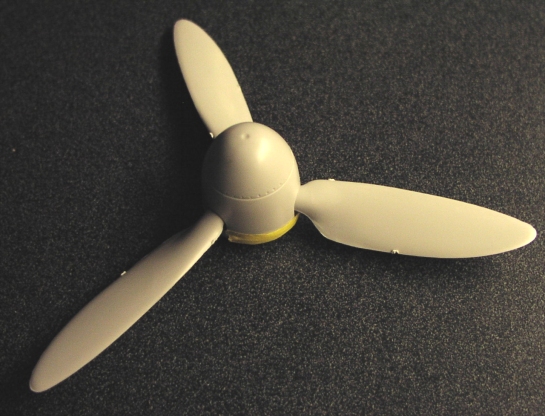 However there are a few accuracy issues, some good and some bad, that are evident under detailed review:

As on their Corsair, the cowling cooling flaps that Trumpeter provides molded in the "open" position have very questionable geometry. They leave a gap-toothed look that takes away from the overall feel of the shape around the forward cowling. Simply modeling them closed as a supported option makes this point moot, however to show them open the builder may indeed want to give the flaps some attention.

There are two sets of long "piano" style hinges that allow the cowling on the D-9 to be opened in a "clamshell" fashion using four panels. The very nature of this style of hinge mandates a straight edge. These are modeled as curved panels (which would be physically impossible to open) along with raised hinge detail. From the side they look straight, but as they conform to the reducing geometry of the cowling they gently curve inwards. Fixing this may be difficult as the cause of the problem is not the panel lines, but the geometry of the cowling. In this reviewer's eye, this is the kit's only glaring fault. The more I look at this the more it bothers me while many of the other smaller flaws fade away for me. 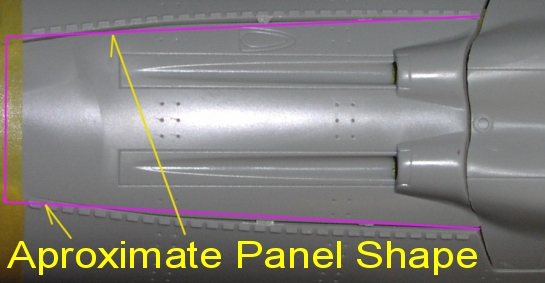 The wing gun access panels are misshapen in many Fw 190 kits, however Trumpeter got these very close. I had been dreading this comparison as these are classically difficult items to scratch build, but the doors look very close. 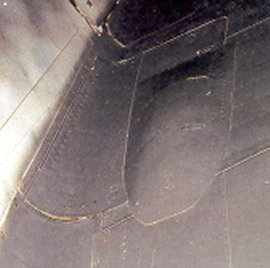 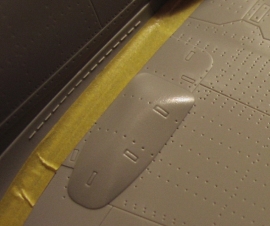 Some minor shape errors on the main gear doors themselves are present, but more interestingly the internal ribbing is actually fairly accurate for a restored D-13 that was at the Champlain Fighter Museum in AZ. However the real D-9s gear doors were unlike this detail and had a flat backing with large manufacturing dimples. 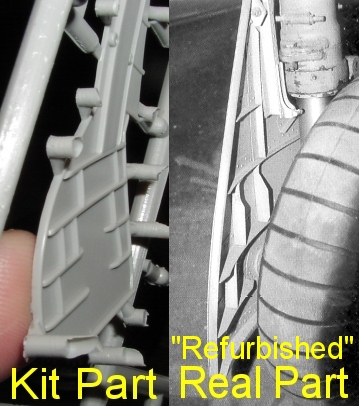 While the main wheels are thankfully not molded in rubber, the tread pattern looks a little deep. They are molded with a 2 piece tire and a separate 2 piece rim which will make painting a breeze. The tail wheel is void of any hub detail at all, and does not resemble the real item. The tail wheel bay lacks the distinctive "flared" rim found on all Fw 190 variants. 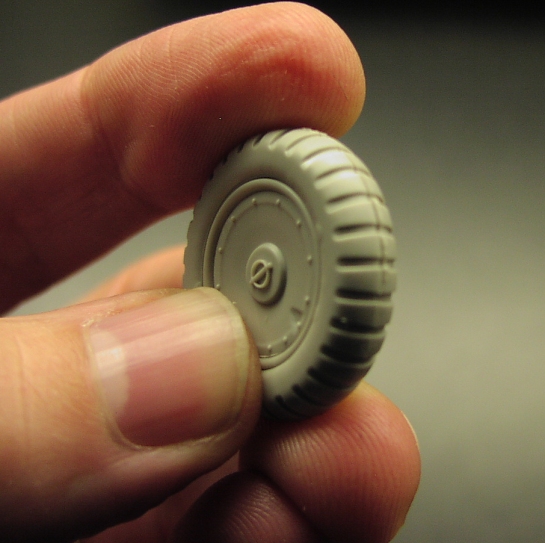 "Ok ok, I'll get a manicure before the next review...I promise." 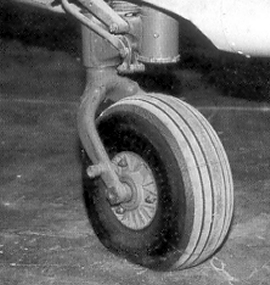 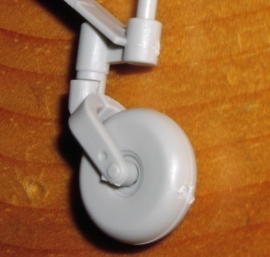 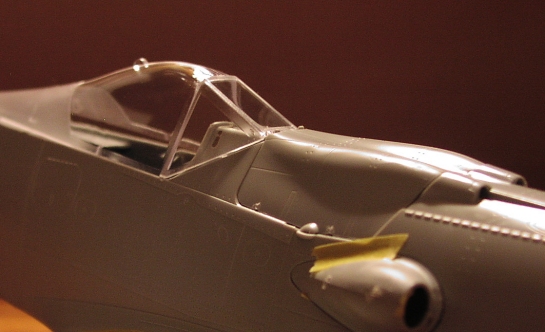 As the only injection molded 1/24 scale Fw 190D-9 ever produced, Trumpeter has literally cornered this market. In that light there is no way to give this release any relative weight unless you begin to compare it to the old 1/24 Airfix releases of the early 1980s that included an Fw 190A model (A-5). Trumpeter's Dora is engineered far better than any of the Airfix kits but that should be expected. This is where it gets hard to be objective…

Simply having a 1/24 Dora available is a charm in and of itself. However the accuracy issues are disappointing and indicate a continued lack on Trumpeter's part to elevate their reputation for "getting it right," especially at the higher price tags that their 1/24 line are listed for. What this ends up doing is splitting this very vertical market into even smaller slices, the "rivet counting Dora "experten", and the more "casual huge model maker" (with decent disposable income I might add) that doesn't care as much about the details. While there may indeed be a larger slice of the latter, the former are a lot more vocal. Trumpeter seems to have gambled on this ratio and decided that sales to the moderate will cover the possible loss of the purists.

If you want to build a huge D-9 for your desk, and you build for pleasure, this kit is for you and will bring you stunning results. But if you are a Dora-file, it definitely represents more work out of the box to get right than I believe the price tag should warrant. The after-market may respond, and if that is the case, true magic will be easy to accomplish (if not pricey) using this kit as a bed for super detailing.

I fully recommend this kit with a healthy dose of reservation for the rivet counters. Out of the box, even with its host of small accuracy problems, it will be stunning. As a canvas for a super detail job it is a contest sweeper waiting to happen.

Thanks to Stevens International for the review sample