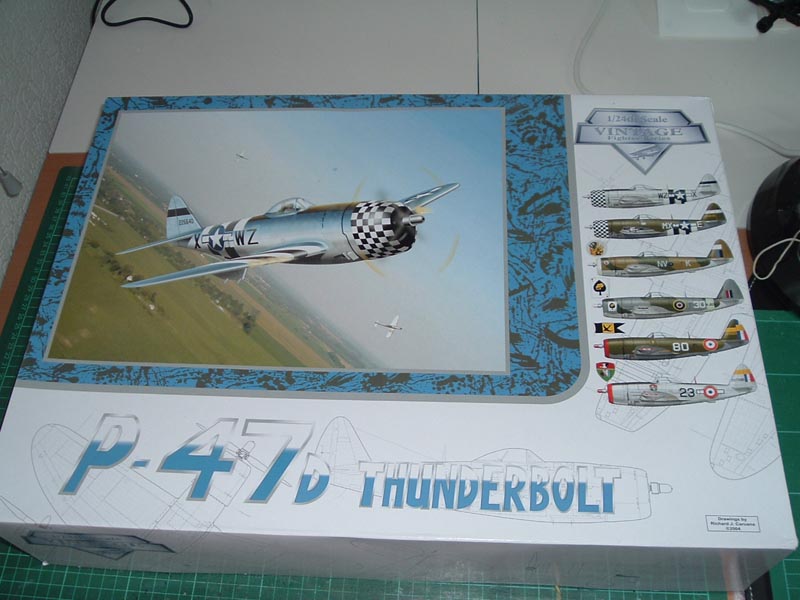 I don't usually model in this scale but the kit was at a price I couldn't say no to. It was made clear that this kit is a "pre-production" item but also that any miss molded or missing parts would be replaced on receipt of an e-mail, so OK there.

Anyone familiar with the Tamiya P-47 will feel right at home here, there are a lot of similarities, which, if you think about it, isn't surprising as there can only be so many ways to mold a particular model and get the most from the molds as well as getting it all to fit well.

Starting with the instructions you get eight pages of drawings that look pretty clear, the full colour guide covers two pages and one showing the stencil placement. There are colour callout's throughout but nothing to say what they are, shame, but to be fair I've not yet contacted the manufacturer so we'll see what happens. 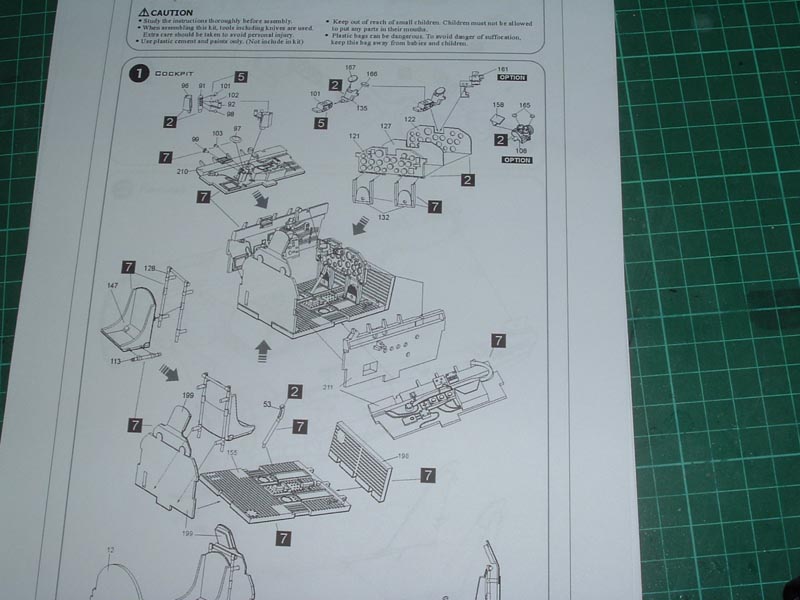 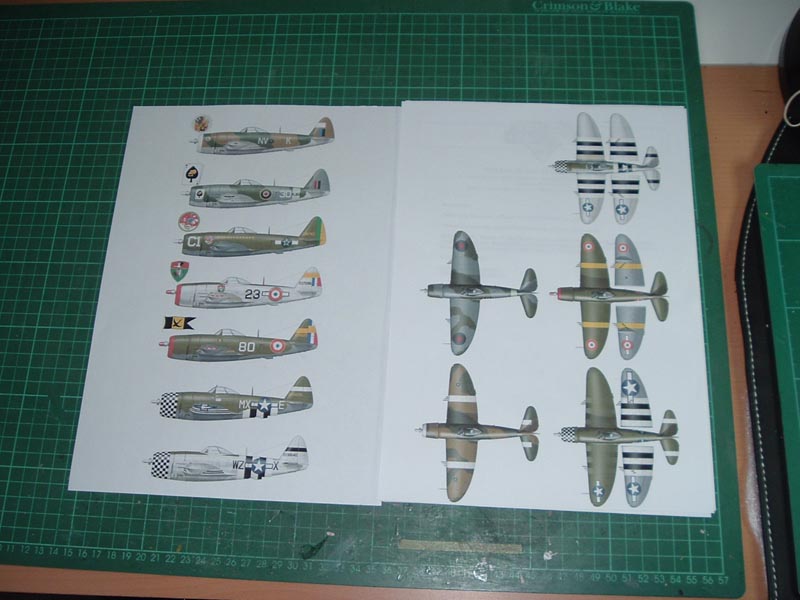 The decals are over three sheets and they're in register, look well printed and the colour density look fine. There's a choice of six airframes, two each of RAF, French or USAF even if the colour sheets suggest there's a seventh choice, (Brazilian I think). The RAF machines are one in dark earth and green over light grey with the SEAC roundels, the other green and dark grey over light grey with the full colour markings. The French and US machines are the same, two olive drab over grey and two overall natural metal. The US machines both with checkered cowlings. 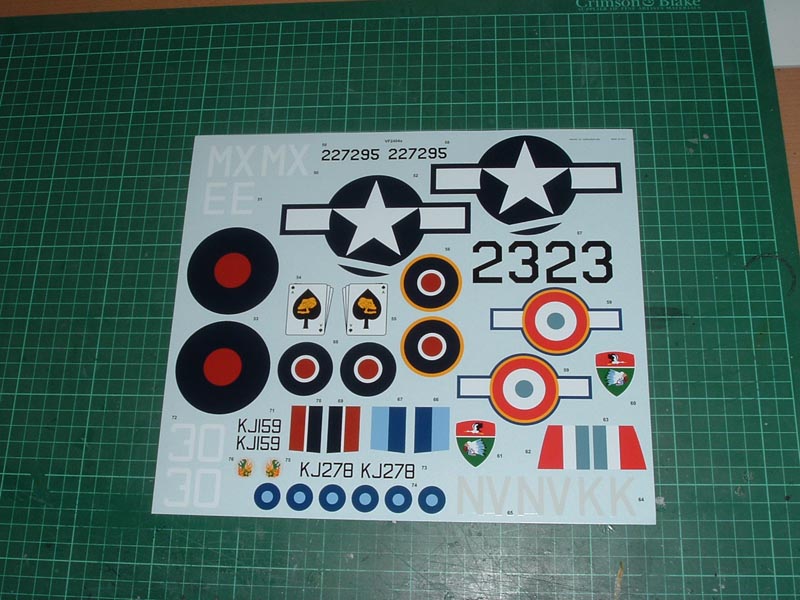 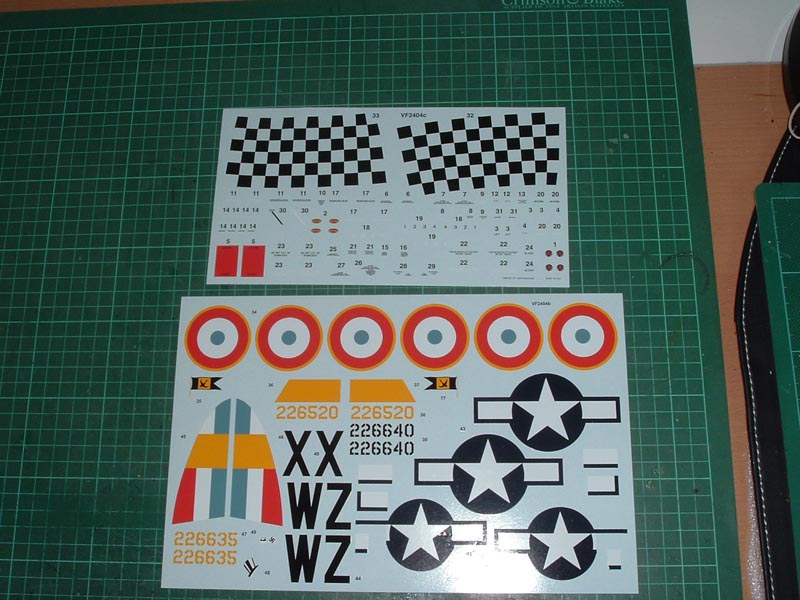 The cockpit looks to be very well fitted out. The instrument panel is made of a sandwich of clear parts but without any dail detail, it looks as though a decal may be in the offing to lie under the front face. There is a choice of two gun-sights. I've tried the insert around the wheel well. While it's not quite up to the Tamiya fit it's still good. There's plenty of decent panel lines and 'Rosie the riveter' has been around, but it's subtlety done, I'm hopeful that it'll look good under a coat or two of paint. 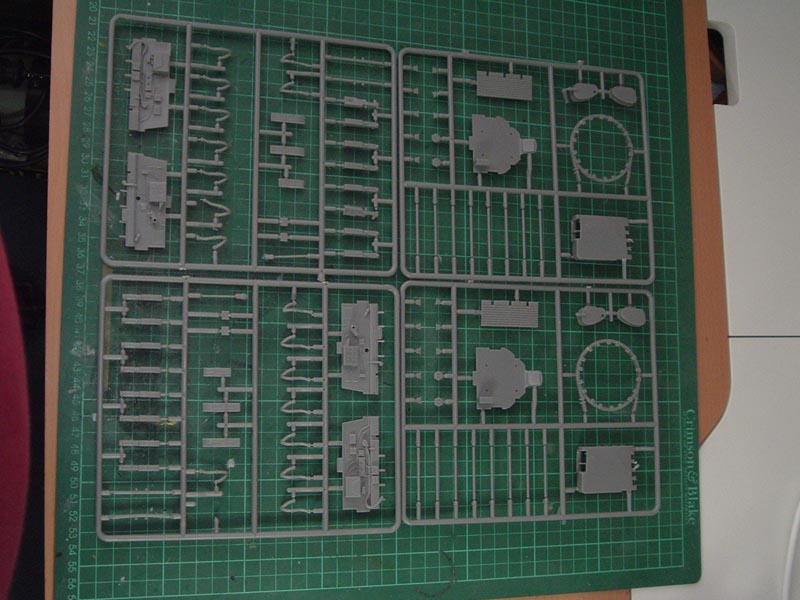 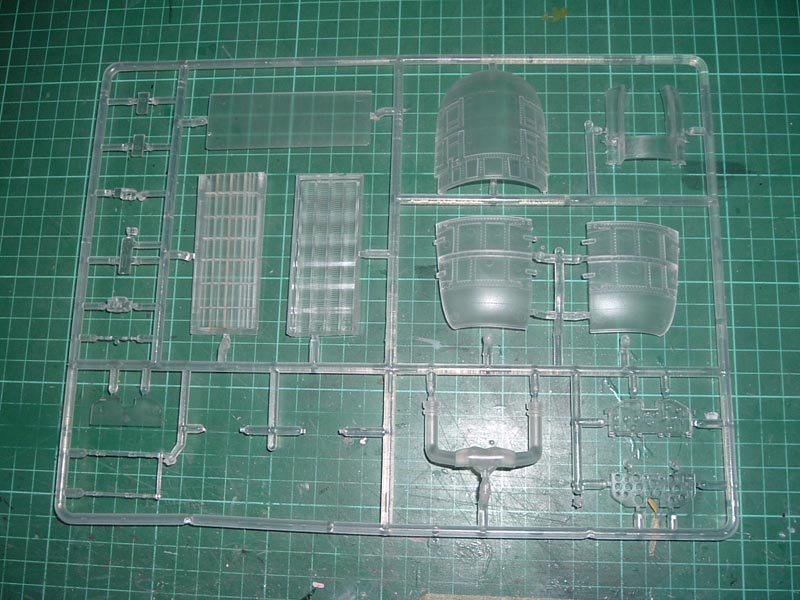 The fuselage has a separate spine to so a 'razor back' version may be in the offing. 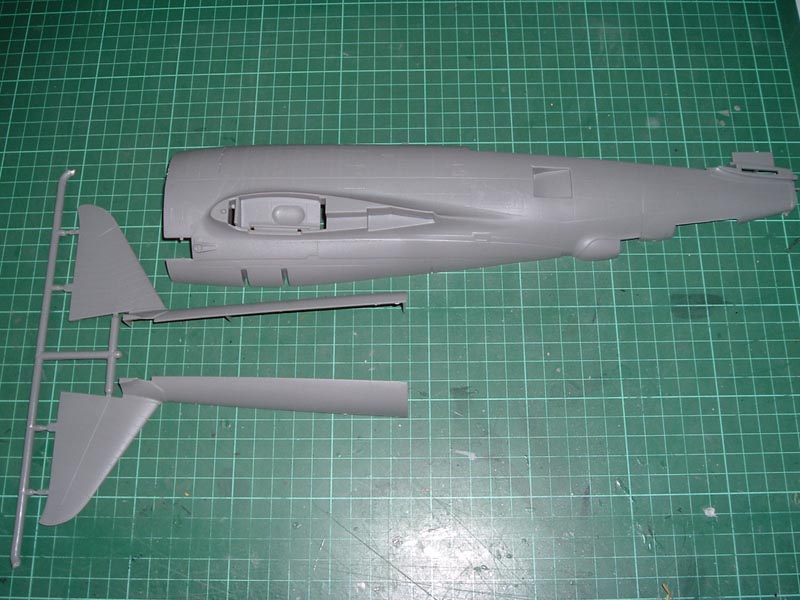 You not only get a full engine but what look's like most of the ancillary equipment behind it. I'm no expert but painted up it'll look the part if nothing else.There's also a choice of four propellers. The engine cowling and gun bay covers are in clear plastic so you can show off the detail if you want. 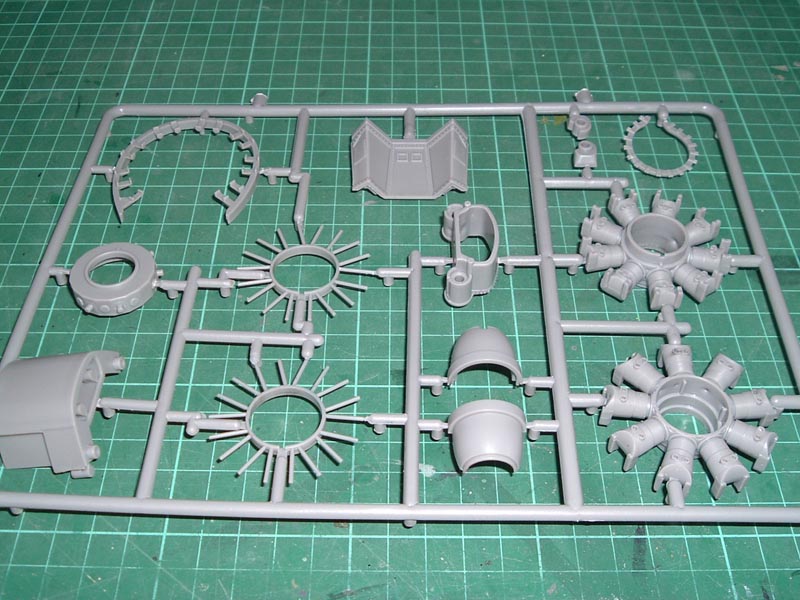 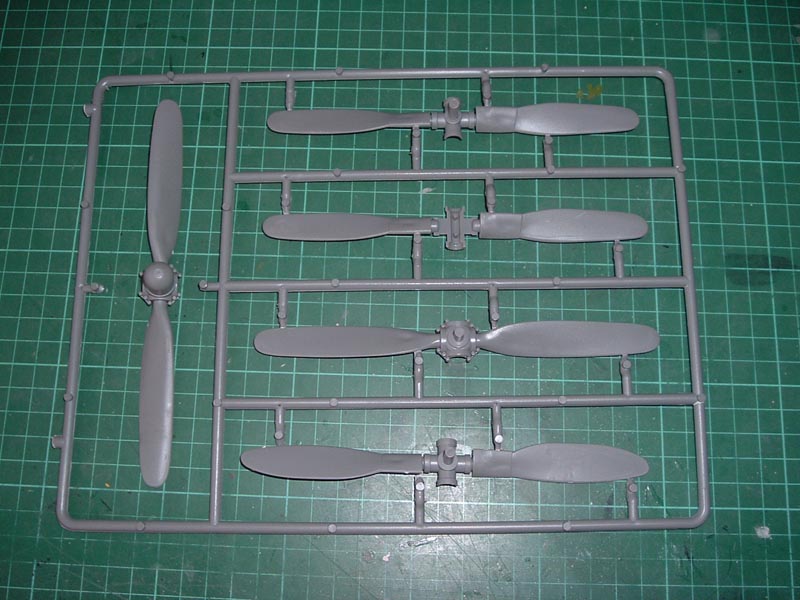 The bubble canopy is reasonably clear with no mold line, and there's no obvious reason why it shouldn't shine after a dip in your favourite floor polish.

The undercarriage legs look nice but I'm not sure about the two vinyl tyres.

I counted just over three hundred parts but I'm sure that at least one sprue is a duplicate so I'm not sure if all the parts are needed. 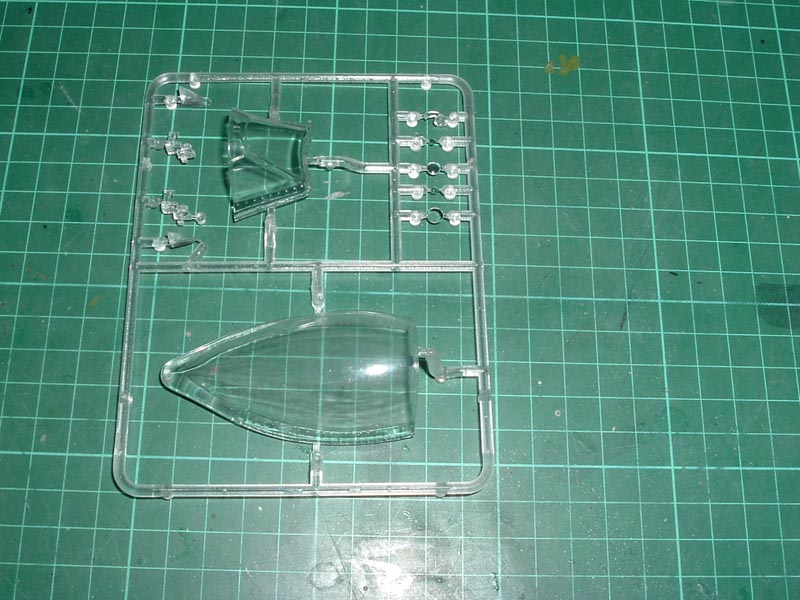 I've only found two shrink marks up to now, both on the upper side of the left wing. So all that's left is to build the beast. I'm hopeful that it'll fit together well, I'm undecided about the clear gun bay covers and cowlings and I'm going for the RAF machine in green and dark grey, please, nobody hold your breath waiting for the finished item, I'm not a fast modeller and I must shift some of the half made kits clogging up the workbench before I start another kit.

Now, where can I put the finished item? 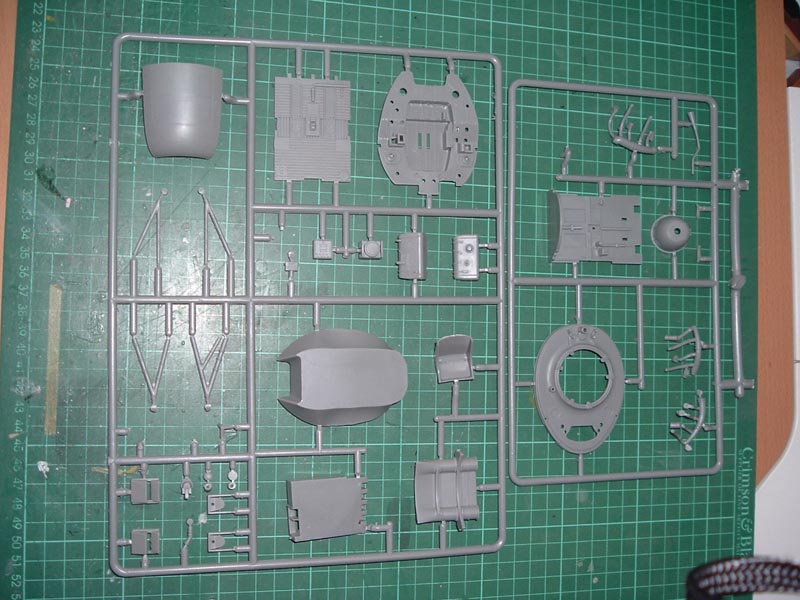 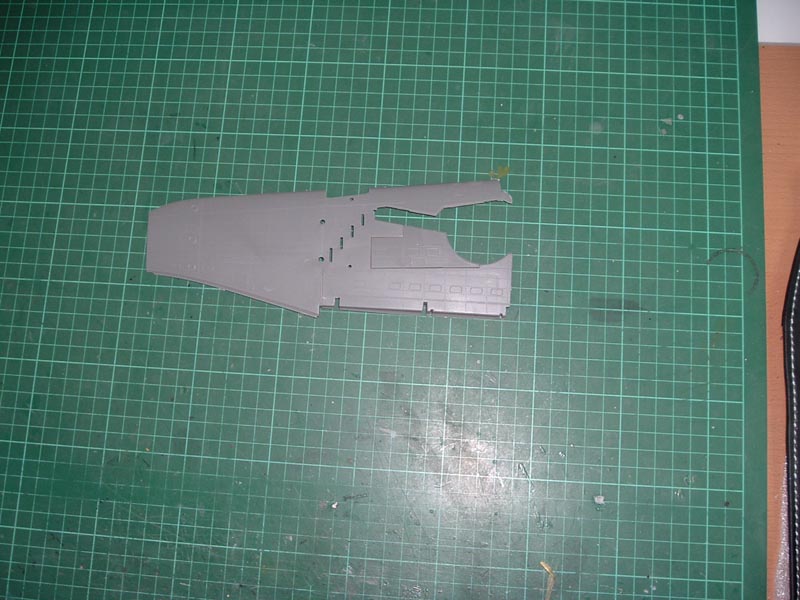 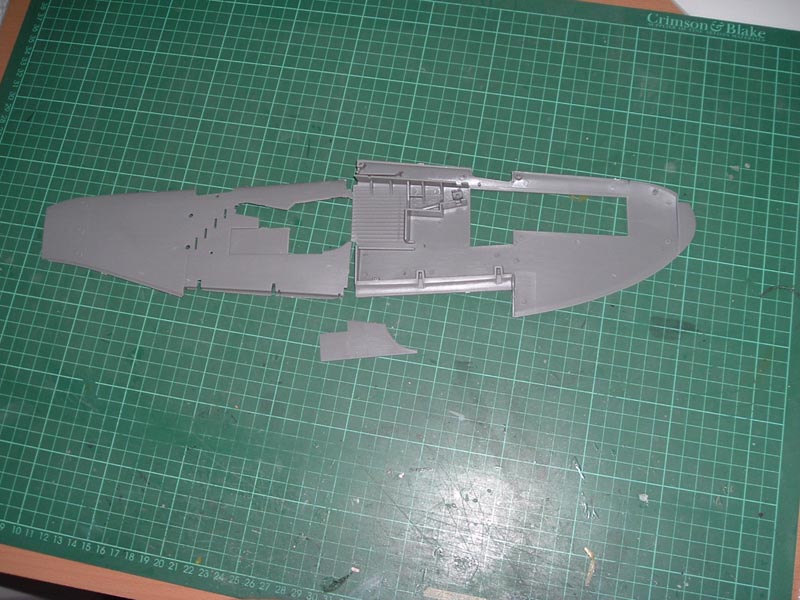