MDC offers a very extensive line of resin products for the popular Bf 109G series in 1/32nd scale. Among the items they offer are cockpit detail sets for each variant of the Bf 109G released to date. In this review, we will cast a critical look at their most recent release, the cockpit set for the Bf 109G-2 and G-4. 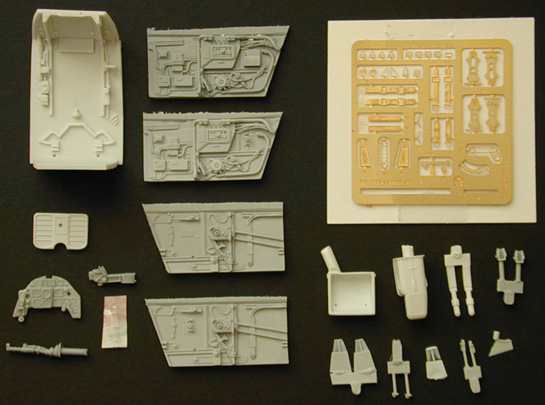 This cockpit set consists of 23 resin parts, 1 clear resin part and a fret of photo etch items. A small set of instructions complete the package. Vincent Kermorgant created the masters for this and other Bf 109G detail sets from MDC. His passion for the aircraft is obvious given the attention to detail that he has given to these cockpit sets.

The first task to complete is the minor modifications that are required to the kits fuselage. This involves removing molded on surface details and some minor cutting around the cockpit opening. The resin pieces are cast in two different shades of grey resin. In preparing the resin parts, casting blocks remain around many of the resin items and should not be difficult to remove. However, smaller resin pieces, which appear to be very fragile, will require careful removal of these blocks. Minor areas of flash will also need to be addressed.

The modeler is supplied with a choice of two cockpit sidewalls. Either the standard or tropical variants of the Bf 109G can now be accurately depicted. Small differences do exist between the two options that can be identified with careful study. The sidewalls are then further detailed with resin and photo-etch pieces. The addition of a clear resin fuel flow indicator indicates the extent of attention to detail given to this set, as this was how the actual aircraft were fitted. Careful painting and drybrushing techniques will result in some stunning sidewall details. Items such as oxygen equipment, the prominent fuel line, circuit breaker panel, throttle quadrant, to name a few, are perfectly cast with exquisite surface detail. 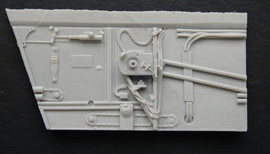 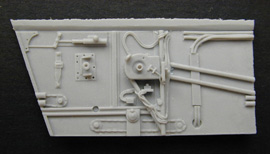 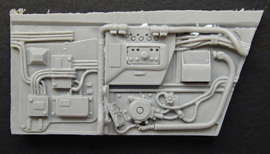 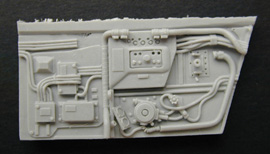 The floor is the next item to be detailed. This will require the addition of more pieces such as the seat pan, rudder pedals and gun breech cover. As with the sidewalls, the resin items are well cast. I would advise that you work slowly due to the small size of many of the resin and photo etch items that need to be added. Small details will become readily apparent with effective painting. Detailing the instrument panel completes the build up of the kits resin items. The instructions state that the kits decal dials are to be positioned on the resin panel. This would likely require the use of a punch and die set for best results. A reflector sight cut from scrap needs to be added to the resin gunsight, completing that portion of the assembly. 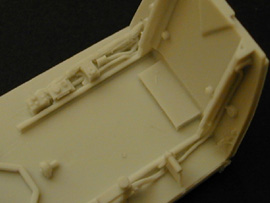 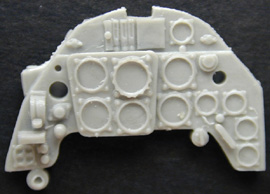 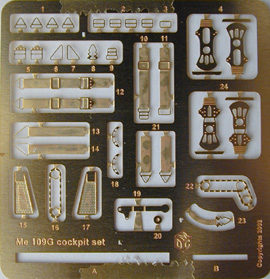 The seat belts are supplied as photo etch items. The modeler is supplied with the option of using photo etch parts for the entire harness or only the buckles with foil to make your own belts. Diagrams are included with the instructions to show how the belts are constructed and displayed on the pilots seat.

A small, two-sided page of instructions is included with this resin cockpit set. Small amounts of text elaborate upon some details of the construction process mixed with poor photocopies of photographs. This does make identifying some of the parts rather difficult. Modelers should take careful note of the sidewalls they choose, as the photographs are dark and not very clear. Painting details are not included with this set, so additional references will be required. 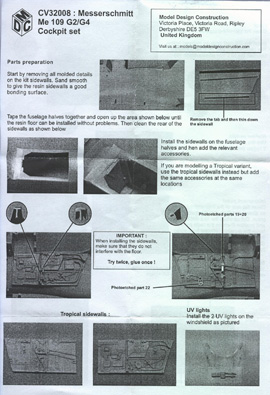 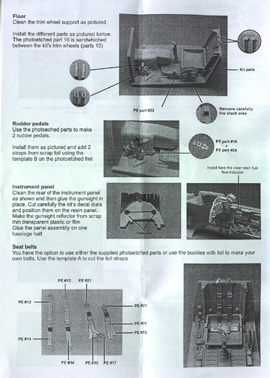 The cockpits from MDC have raised the bar to new levels of resin manufacturing. In my opinion, they offer the very best Bf 109G cockpits currently available in 1/32nd scale. The sets are very accurate and capture even the smallest details of the Luftwaffe's front line, WW II fighter. For those modelers who demand accuracy in their aftermarket products, MDC is sure to satisfy you with their extensive Bf 109 product line. Note: MDC used the Me prefix in the title of this set. I have chosen to use the more common Bf designation.