Cleveland Model & Supply Company was started by E. T. Packard in 1926 and they went into full-time production of model aircraft kits in July, 1927, two months after Lindberg's famous flight. Mr. Packard actually started making model kits in 1919 at the age of 13. In 1968 they ceased making kits and began selling only their plans. In the 42 years they did produce kits they made almost 50 million kits, over 2,500,000 of the Condor alone and had over 500 designs. Mr. Packard retired in 1996 and passed away in 1999. John Jacox is an avid collector of Cleveland Models memorabilia and bought the company in 1996 and continues selling the plans to this day.

Cleveland Models have a wide range of plans from the very first flight through the golden age, WW2, and also a jet or two. The golden age is their forte and they have an amazing range of plans to choose from. The majority of their kits were designed at 1/16 scale, the plans are available in 1/32, 1/24, 1/16, 1/12, 1/8, 1/6, and ¼, plans have either been reduced or enlarged to the various scales so you can't always go by the measurements of the materials on the plans but instead need to measure the thicknesses. 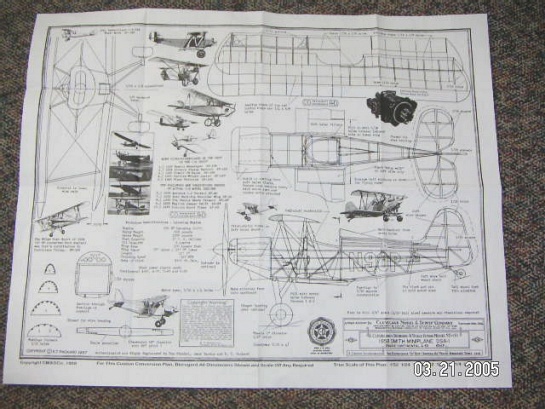 The plans shown here are for the 1/12 Smith Miniplane, a home built designed in the late fifties and is still being built today. The plans are well done with enough information and templates to build the model with no problems, while a modeler could probably handle this as their first attempt, it would probably help to have at least one balsa kit under their belt. The tail surfaces shown are scale, their plans were originally designed for flyable model kits so they also have enlarged tail surfaces shown by a dotted line to make it fly better. Cockpit detail is sparse if shown at all so reference materials will definitely be needed. 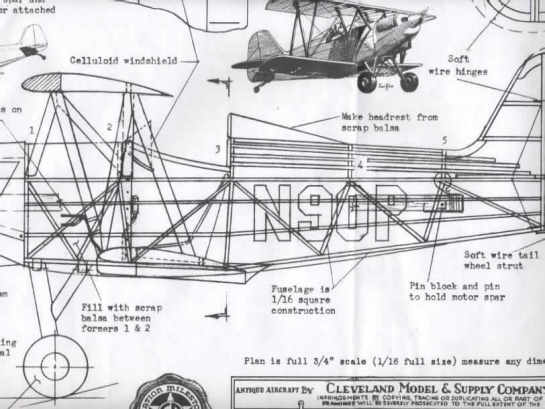 Mr. Packard was allowed access to a lot of the golden age planes including the racers making his plans for those planes some of the most accurate around. During the war he of course was not allowed access to those planes and designed the models from whatever plans and photographs could be obtained so they may not be 100% accurate, but could be a good starting point as he has plans for planes such as the P-61, B-26 among others.

Besides the Miniplane, I also have plans for Roscoe Turner's 1934 Wedell-Williams, Gee Bee R-1, and the P-61, they are all great plans and even more detailed than the Miniplane and can make some incredible models. The only hard part about a radial engine model in these larger sizes will be coming up with an engine. Engine & Things makes a variety of engines in 1/32 scale which means a lot of these plans with radials would be easy to build.

They say they will ship in 5 to 7 business days, I received a confirmation e-mail four days after my order that the plans had been shipped and received them a few days later. The plans in the smallest scales are quite often very reasonable being around $5.00 or so. The models can be covered with tissue, wood, plastic, or just about anything, so if you love working with wood or are just looking to try something different and would like a very unique model for your shelf or contest table, I would highly recommend these plans.