With the recent release of several 1/32nd scale Bf 109's, we get this new conversion to produce another variant. I think it is the goal of Luftwaffe fanatics to make available every sub-type of the 109 in 1/32nd! Anyway, this conversion allows us to re-create the Bf 109 T-2, which was the projected Luftwaffe Naval fighter.

This fighter was designed to operate off the never-completed German aircraft carrier, the Graf Zeppelin. When this carrier never saw the light of day, the T-2 was given to some units, many which fought out of Norway.

The main differences between this aircraft and an E-4, was extended wings and ailerons, spoilers under the wings, and catapult hooks. They also often carried a slightly larger drop tank, the 300 liter tank. Some aircraft were also fitted with a FuG 25 aerial, and some later T-2's also had a different air intake.

This conversion set, recommended for the new Eduard 1/32nd Bf109 E-4 kit, provides all the parts needed, except for the FuG 25 (which is simply a10mm length of fine wire). Resin parts include new extended wing tips, new aerilons, new slats, a different tank base, the revised air intake, and the 300 liter drop tank. They are all very well cast with no visible air bubbles.

I cleaned up the 3 pieces that make up the drop tank and dry fit it together. It is supposed to be seamless, but it appears to me the center 'strap' section is a little small in diameter and may need to be built up. It could be partly my fault for doing a little too much sanding of the casting block seam; I should have test fitted it before cleaning off the seam. Of course, you don't need to use the tank.

A small etched fret is supplied with 4 parts for the catapult hooks - 2 hooks and bases - and a stencil for scribing into the upper wings the two spoilers carried by the T-2. A nice touch!

A nice 4 x 6 inch decal sheet is also provided with schemes for 6 aircraft. Reference for the schemes is from the Kagero Air Battles book, "Messerschmitt Bf 109 T-2: The Luftwaffe's Naval Fighter." Also included is a two-sided A4 instruction sheet with verbal instructions plus 4 sketches to help you convert your 109.

In summary, a nice conversion package to create a 109 slightly different from the rest of the crowd. 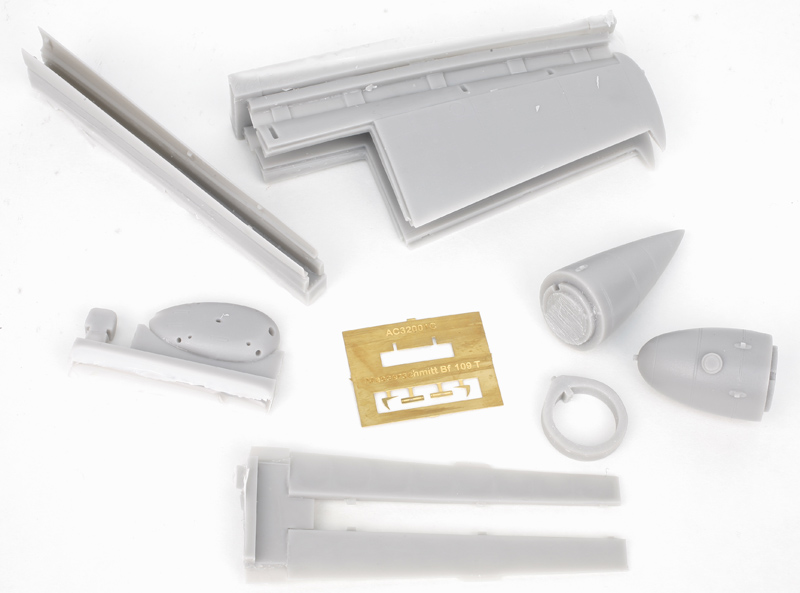 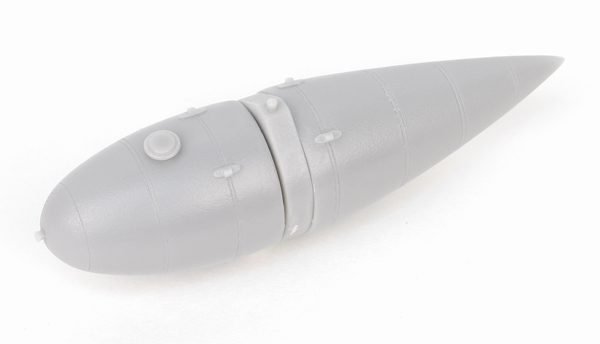 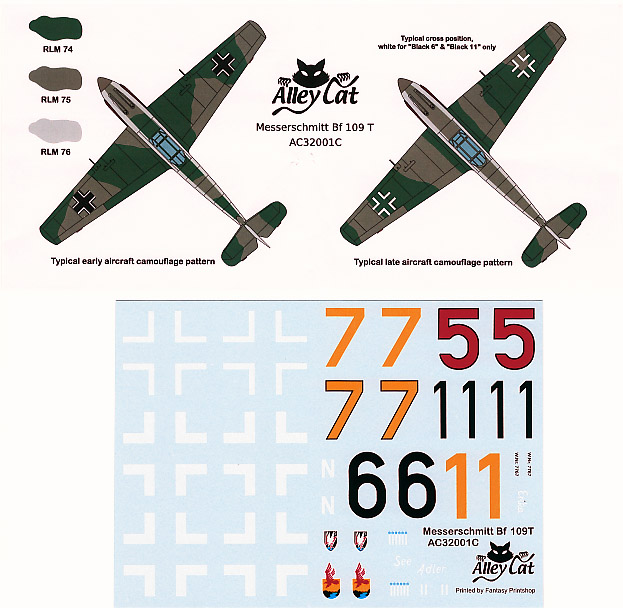 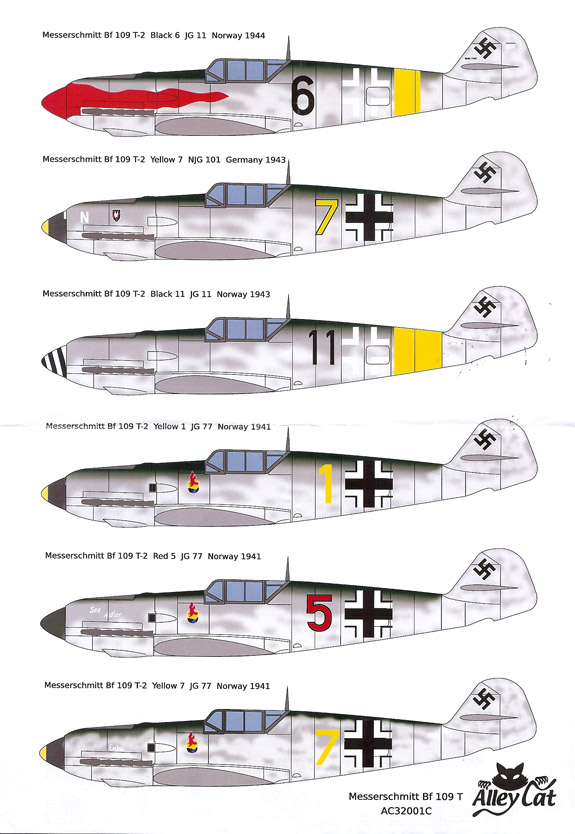