This is a review of the new 1/32nd scale F-5E Update set from Verlinden Productions, Product No. 1739. The set is designed for use with the Hasegawa F-5E, which has been released with a number of different options throughout the years, and is still currently available.

The update set is shipped in the familiar Verlinden box. The parts are cast in a hard green resin, and are wrapped in a plastic bag. Photo etch, wrapped in bubble wrap and instructions complete the kit. Some of the resin parts are surrounded by lots of flash; however, it is very thin and should be easily cleaned up. 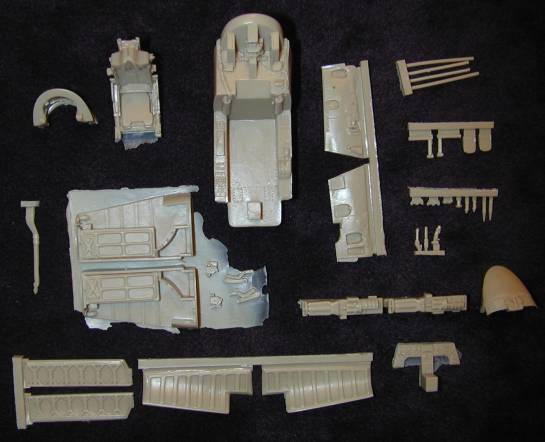 Now, lets have a closer look at this set by breaking it down into its subassemblies. 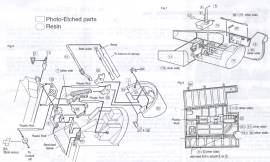 Unfortunately, this set is plagued with poor instructions. A quick study of the instructions reveals some errors, such as parts marked 36 on the instructions are actually marked 35 on the photo etch sheet. The gun bay doors are marked 3 and 4 on the front side of the instruction sheet and 4 and 5 on the reverse. These are the few that I noticed upon a quick inspection.

The canopy actuating mechanism on the F-5E is a complex affair. No measurements are supplied to cut the various lengths of stretched sprue that are required for use in this set. To quote the instructions:

"Note that the resin part #26, as well as the plastic rods indicated, must be trimmed to fit on each side of the ejection seat in order to prevent the mechanism from protruding from the limits of the cockpit. We advise to work slowly and carefully on this step in order to fit all parts successfully".

The arrows and general location of attachment points is complex. I strongly encourage careful study of the instructions before using this set.

This is a superb area in this aftermarket set. Verlinden's resin cockpit compares favourably to the photos of the actual cockpit found in Detail & Scale. It clearly shows the attention to detail given by the manufacturer. 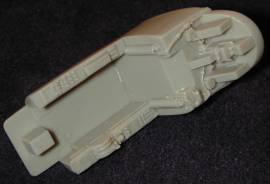 The cockpit tub is cast as one large component and it appears to drop into place into the fuselage side with no difficulty. Some of the raised details found on the inner surfaces of the Hasegawa fuselage will need to be removed to ensure a good fit. There is very subtle raised surface detail cast onto the tub that will really stand out with effective dry brushing. The shelf area behind the seat is a vast improvement upon the vague details supplied by Hasegawa in their kit. 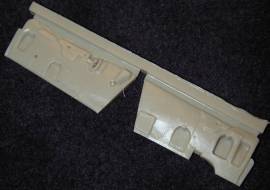 The cockpit sidewalls also match perfectly to reference photos. Many additional smaller details, such as rudder pedals and the canopy lever, are included for the modeller to add separately.

The ejection seat is superbly cast with an abundance of details attached to the seat, and again it matches reference photos perfectly. The seat is moulded without the harness. Verlinden includes a piece of thin pliable metal with this set for use by the modeller in constructing the necessary harness. Look for additional references, as no pictures are included with the update. 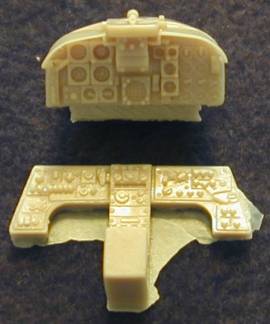 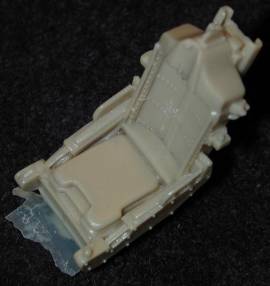 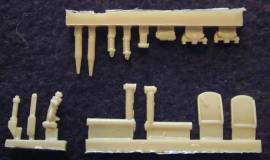 It is aft of the cockpit, in the canopy actuating mechanisms, where I expect much of the difficulty with this set will be found. Much of this is due to the inherent complexity of the F-5E canopy. Verlinden supplies the modeller with a mix of resin, photo etch and plastic rod for this complex component. Additional reference sources could prove invaluable with this subassembly.

A number of resin and photo etch pieces are included to add further details to the canopy. Look for mirrors, defogger, interior framing and canopy seals just to name a few.

Hasegawa supplies the option of leaving the doors of the left gun bay in the open position, showing its detailed interior. The right side remains closed. Verlinden takes this one step further and supplies the modeller with enough pieces to complete both left and right gun bays. 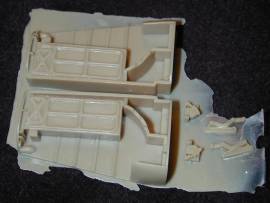 The resin parts of the gun bay are nicely cast. This includes the entire gun bay cast as a single unit with the guns cast separately. The modeller will be required to do some cutting of the fuselage if the right side is to be shown in the open position. The doors are cast in resin and include all interior framing. This should be an improvement over the kit for those wishing to expose these areas on their model. Photos found in Detail and Scale of the gun bays reveal that the resin parts are accurately rendered. 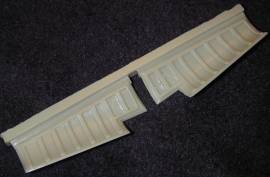 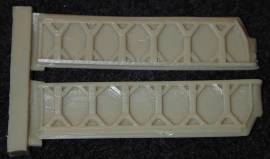 Unfortunately, the ammunition belts are supplied as photo etched items, making them flat and two-dimensional. The instructions suggest using the kits ammo belts as a reference for the required shaping and installation of the replacement parts. 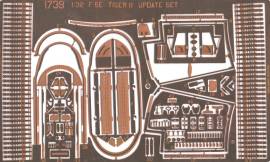 A large amount of photo etch parts are supplied on heavy copper frets; familiar to modellers that have previously used Verlinden sets. Fine details are clearly visible and all parts are numbered throughout. Each item is relatively thick and I am sure that the small pieces can stand up to lots of abuse. Items such as gun bay gaskets, harness buckles and assorted cockpit parts are to be found here.

This completes the review of Verlinden's new 1/32nd scale F-5E detail set. It should make a great addition to the Hasegawa kit, which in itself is a joy to build. However, due to the complex nature of this set, I would recommend it to modellers that have plenty of experience. For those who take their time and persevere with the assembly of Verlinden's Update Set, an outstanding model should result.