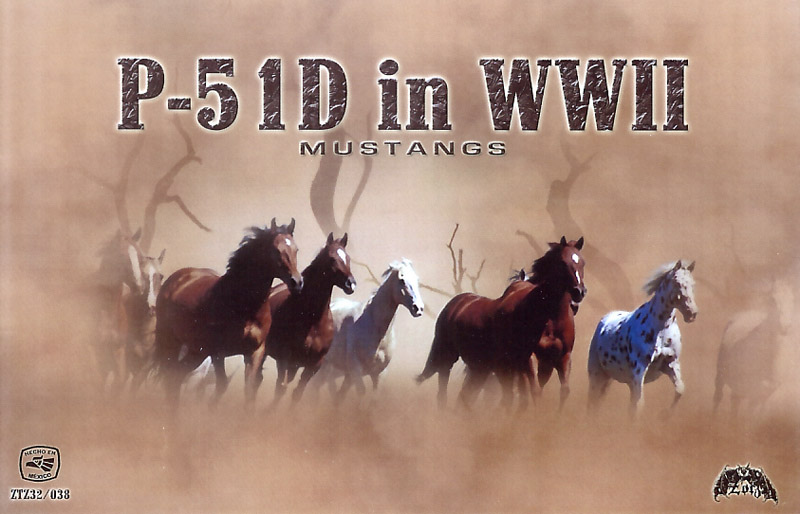 A recent release from Zotz Decals is this sheet for the P-51D Mustang. Included are markings for three different colorful aircraft. 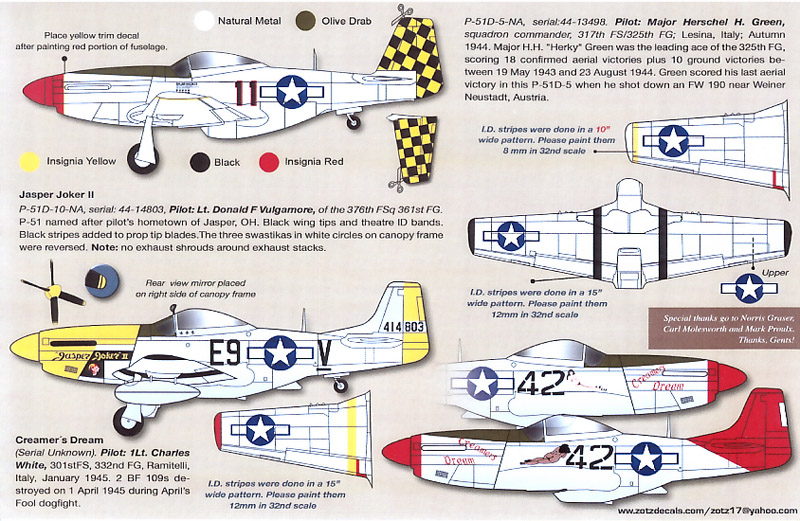 “Creamer’s Dream,” a P-51-D flown by Lt. Charles White, 301st FS, 332nd FG; Ramitelli, Italy, January 1945. On April’s Fool day, 1945, Lt. White destroyed two Bf109s. This is one of the famous “Red Tails” and therefore carries a red tail along with yellow ID stripes and an interesting nose art, with the front of the girl on the port side and the back of the girl on the starboard side. 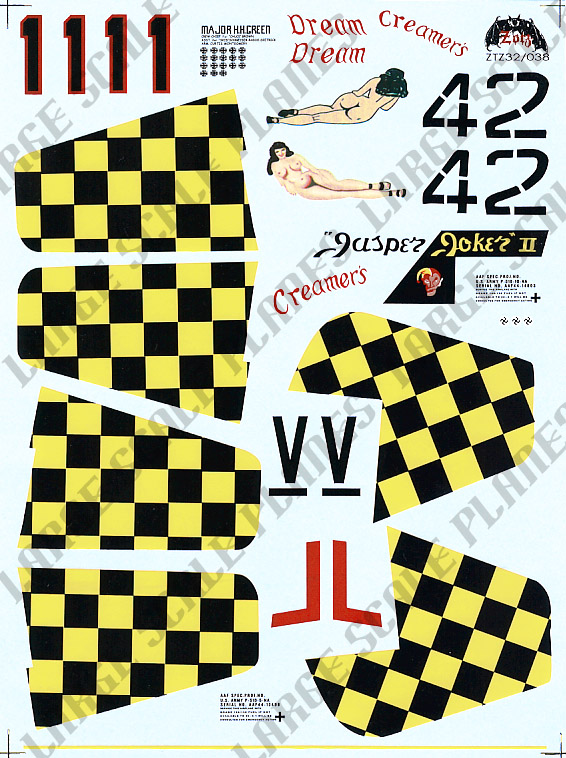 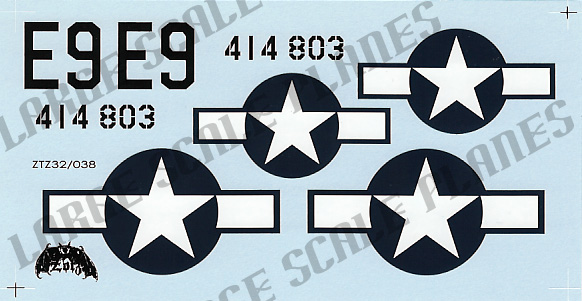 These decals, as usual for Zotz, are in very good register, with the clear carrier film looking quite thin. The colors look good, the yellow looking very striking. The female nose art is very well done, and stenciling clear and readable. The only caveat is whether the checkers will fit the new Tamiya kit as these decals were released before the Tamiya kit and there may be some fit issues. They do appear to be slightly oversized for the Dragon kit, so Zotz may have intentionally made them that way to cover all available kits. I am sure a little touch up with paint would take care of any problems.

Definitely a good and varied set of markings for the any of the P-51D kits!!! Highly Recommended.