On to the Races!

Reno had 7 classes of racers: Bi-plane, Formula F1, Sport, T-6, Jet, and Unlimited. They were all pretty exciting as they race around on the deck at close quarters. The course is an ovoid with the finish line right in front of the crowd. There is actually 4 different sized courses with shorter courses for the smaller-engined classes. The entire course is kind of in a bowl with rugged hills all around. The lighter racers, bi-planes and Formula racers, simply took off, turned on to the course for a setup lap, then the race was on. The larger and faster T-6s, Sport, Jet and Unlimited racers all took off, formed up on a starter plane which took them on a route behind the stands and beyond the hills. They then formed line abreast and once the starter was happy everyone was equal, let them go diving for pylon #1. It was a sprint to see who could get to the pylon first and get clean air. Passing was always exciting as sometimes they really had to work for it and there was some spectacularly close passes. The pilots all are on the same radio channel and are always talking to each other to let the other pilots know where they are, but it is still a dangerous game.

The bi-planes were mostly Pitts S-1s of different sub-types. They went around the course at typically between 170 to 200mph. The bi-plane races also gave us the scariest moment as in the Gold Medal race the leader (at least I think it was the leader - it got really confusing at the end) started smoking as he made the last turn. After he crossed the finish line, he pulled up and back around. The other planes all cleared the course in a hurry and the smoker came straight back in. According to the announcer, he had smoke in the cockpit. He obviously wanted out quick as he came straight back in to land and was really moving - way too fast - as he came down to land. He didn't even have his wings level as he touched down and it looked bad. All the emergency vehicles went racing after him as it looked like he was going to run out of runway before he came to a stop. We couldn't see the conclusion to the run-out as it was at the opposite end of the runway from where we were. Fortunately however there was no fireball, and the pilot was OK. I don't think the plane was as fortunate as they said it was now 'retired'. The Gold Medal winner was David Rose in a Rose Peregrine with an average speed of 219.181 mph. 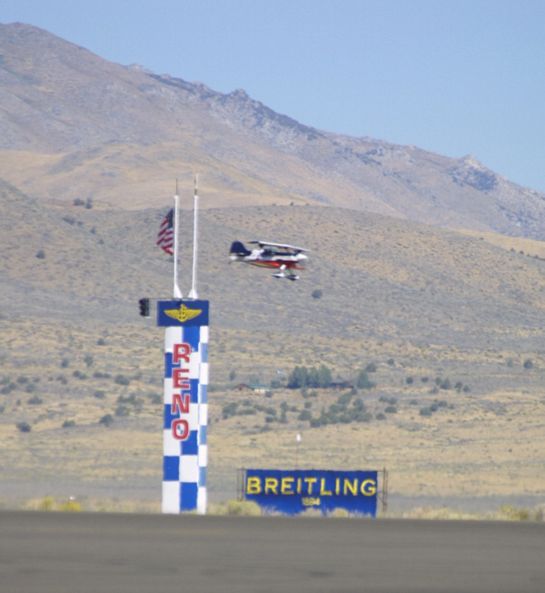 These planes are very much like their auto racing counterparts. They are very small, nimble and fast single seaters. They were fun to watch and pretty competitive. Speeds ranged from 200 to 250 mph. Gary Huber in 'Mariah' was the Gold race winner. 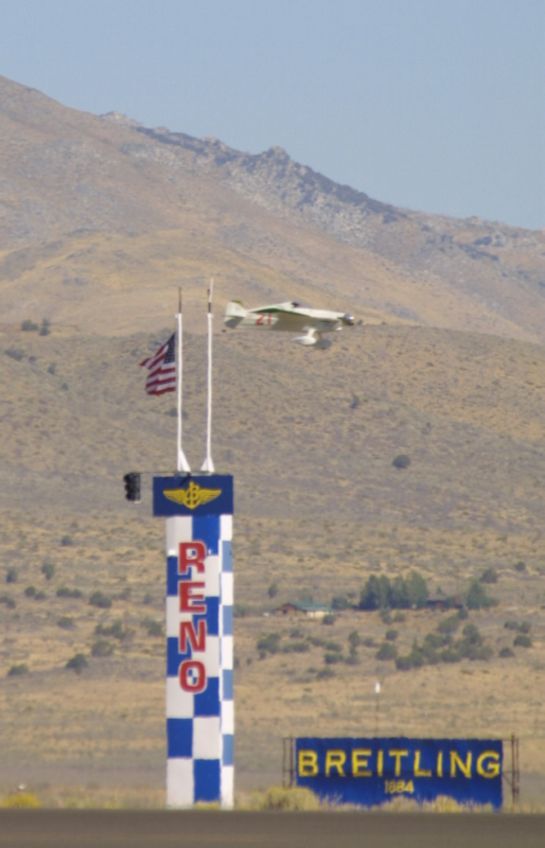 These planes are typically of the streamlined single or two seat variety, mainly Lancairs or Glasairs. They flew about 250 to 300mph. These races weren't as closely fought as the other classes, the winner - Darryl Greenamyer in his Lancair Legacy - won the Gold Race by almost 2 minutes! I think he nearly lapped the field. He almost didn't make it to the final race however as he nearly blew up an engine in the Saturday heats and crossed the line smoking heavily. 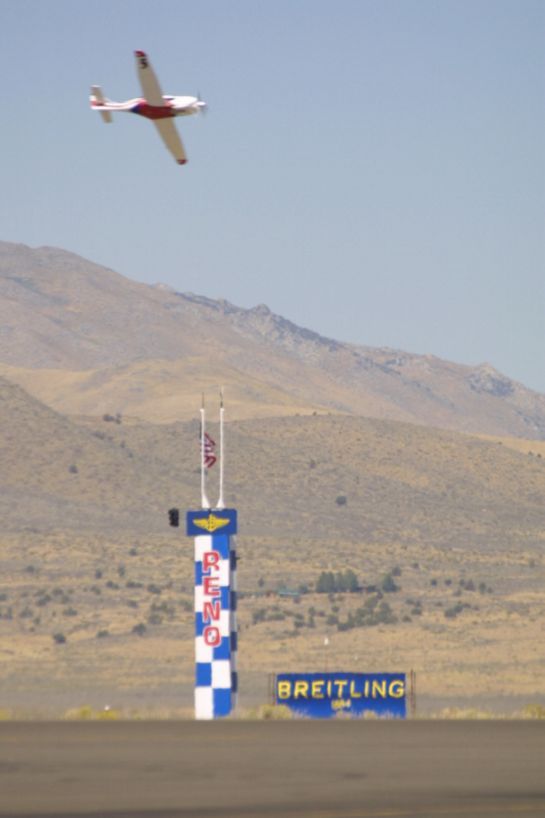 The T-6 racers probably were the closest matched and produced some of the most exciting races. It was also great to hear all those radials roaring! I would say these races were as much fun if not more than the Unlimited class simply because there were so much passing action and close finishes. One of the heats actually ended in a dead heat photo finish and took several hours to determine a winner. In the Silver race, first and second were only separated by a half a second! The Gold medal race was also very exciting as one of the few women pilots, Mary Dilda, made a valiant effort to recover from a bad start and moved up from several places back to make a real run at first place. In the end however she could not catch Nick Macy in 'Six Cat', who won with an average speed of 235.264mph. 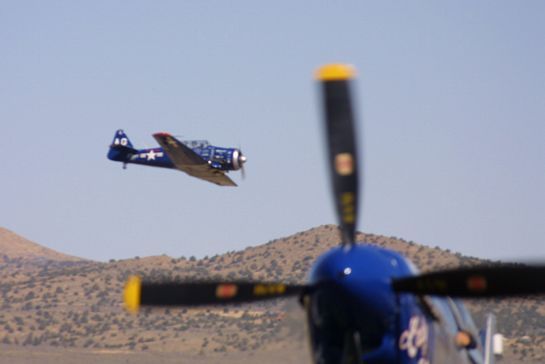 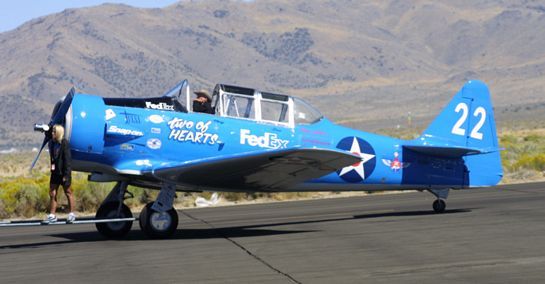 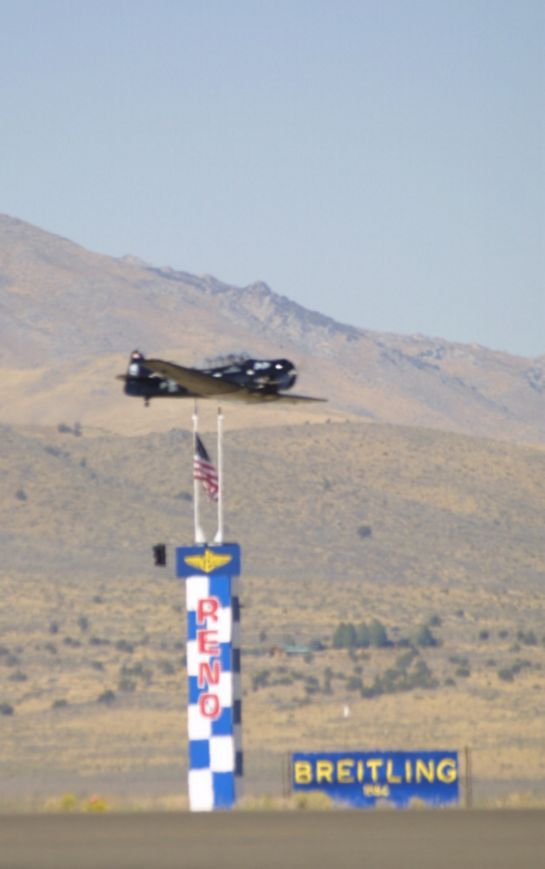 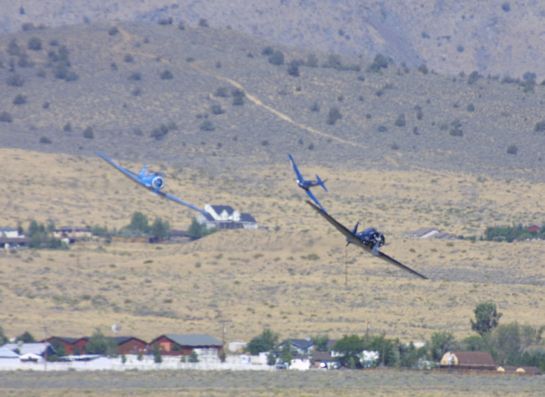 The jet class features the L-39 Albatros. I had no idea there were so many Albatroses in the States that they could hold races! There were 6 jet racers entered this year, most in very colorful schemes. Curiously, they flew a shorter course than the Unlimited class. This meant that virtually the entire race they were in a turn. This may be why they also ended up flying at a slower speed than the Unlimited class. The Gold medal winner, Mary Dilda this time getting a win with a average speed of 434.019 mph. 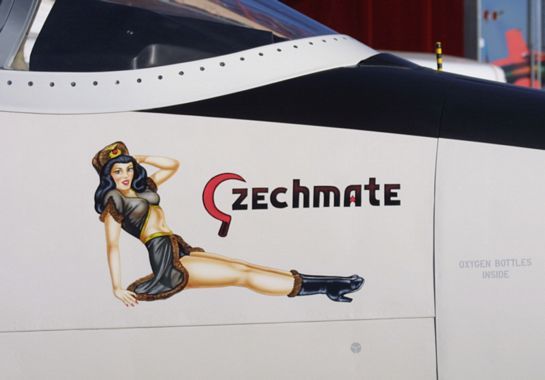 Of course, the Unlimiteds are the big boys and the crowd favorites. Dago Red, - which set a new course record of over 507 mph in a Friday heat - Rare Bear, Voodoo, Precious Metal were all there. Wildcats, Bearcats, Sea Furies, Yaks, Mustangs. There was even a Tigercat, but unfortunately it was suffering mechanical problems and they couldn't get it ready to race. Darn! No surprise, 11 of the racers were Mustangs. What was a surprise to me was the 11 Sea Fury's and 3 Yaks. It was great listening to all those Merlins and big radials fire up and run. There was one Wildcat that raced, but he didn't have a prayer. The announcer said he was only in it for the experience. I guess so as he was almost lapped twice in his race. The Wildcat made for some interesting moments however as he got in the way just as Precious Metal was trying for a pass. The P-51 darted below another Mustang, then up between the Mustang and over the Wildcat. The entire crowd gasped as it looked really close! 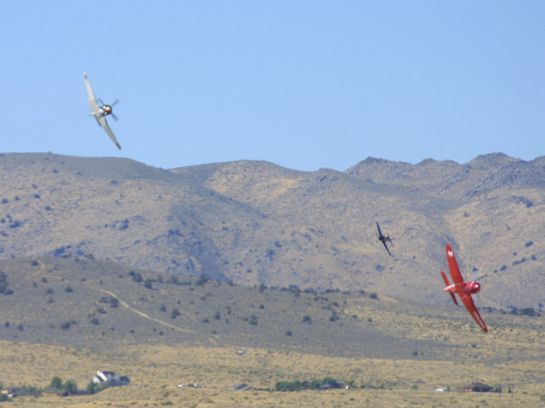 It was interesting how the races turned out. The Bronze Medal race was mostly P-51Ds. The Silver race was split between P-51s and Furies. The Gold medal race was mostly Furies with 5 of them at the top level. The radials couldn't keep up with the Merlin-powered Dago Red however. One of only 2 P-51's in the finale, Dago Red beat the Furies by almost a minute - over 40mph - and only Rare Bear made a race of it. Rare Bear, a heavily modified Bearcat, was just over 4 secs behind. Dago Red, piloted by Skip Holm, averaged 487.938 mph in the finale.

So that was it. We were sunburnt, tired, and I was about out of camera memory after about 500 pictures. We had a nice flight back - after getting bucked around a bit getting out of Reno. We knew we were back in Oregon once we flew by and around Crater Lake. It set up a nice picture to end the trip. I just might have to go back! 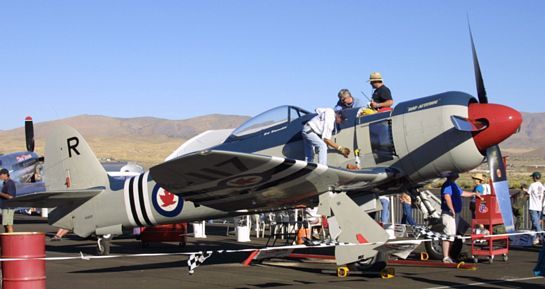 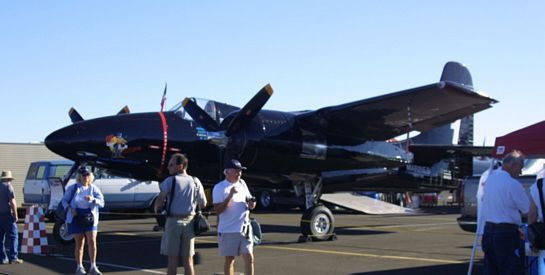 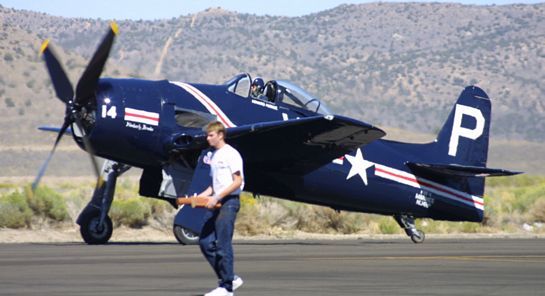 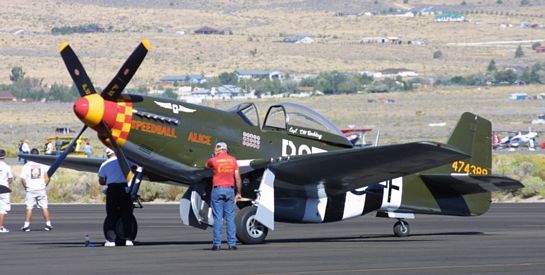 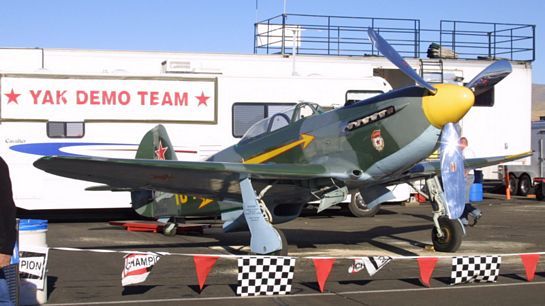 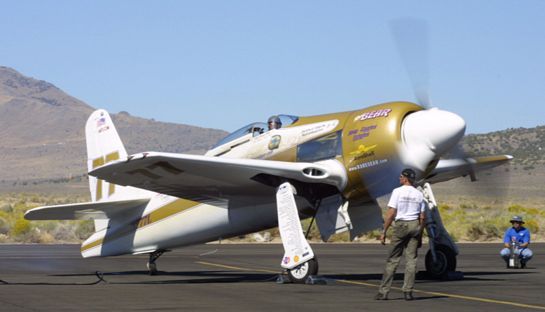 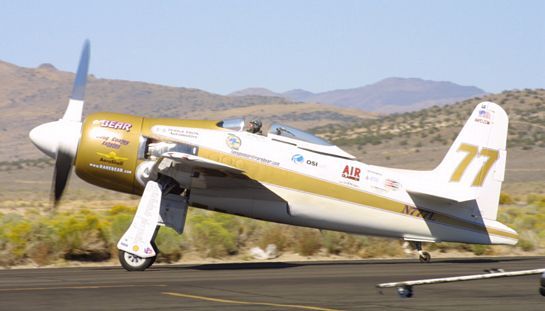 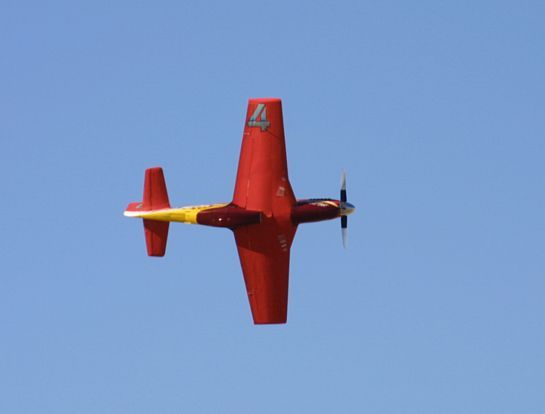 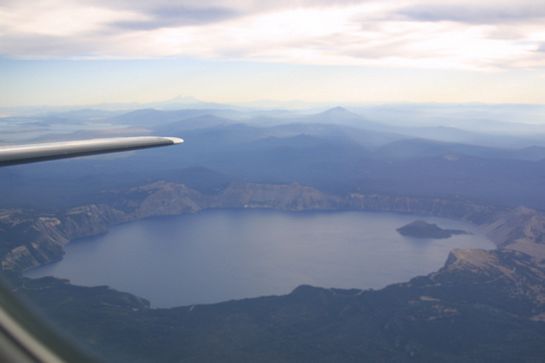