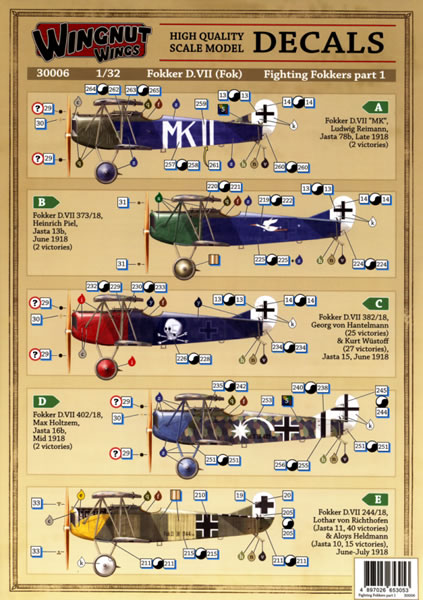 By now most modellers will be aware of New Zealand firm Wingnut Wings (WnW) and their magnificent range of World War One kits in 1/32 scale. What is perhaps less known is that they also have a small range of aftermarket decal packages available. This range was extended in fabulous style in late 2012 with the release of not one, but four separate packages for their Fokker D.VII kits. In this review we take a look at 30006: Fighting Fokkers part 1, for the Fokker D.VII (Fok) kit. 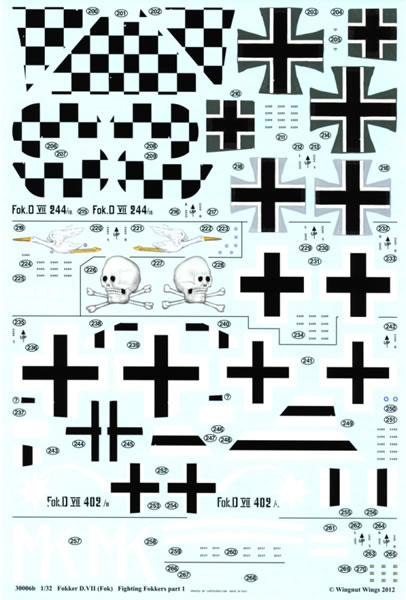 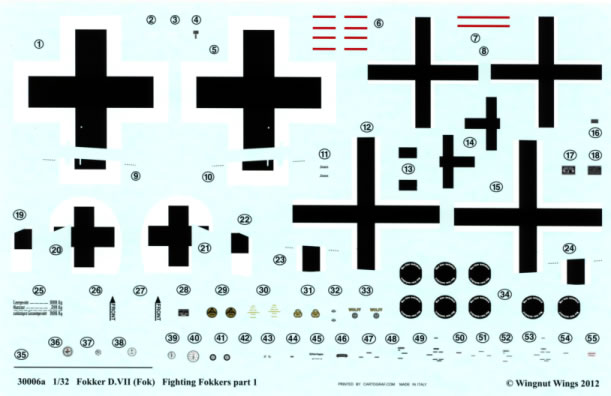